When we think of the ancient past, we often conjure up images of primitive people living their lives haphazardly with no thought or control over their bodies and personal situations. This could not be further from the truth. Our ancestors took control over their lives using the tools that were available to them at that time. This included using magical spells and symbolic associations, herbs, plentiful food ingredients, and animal parts. 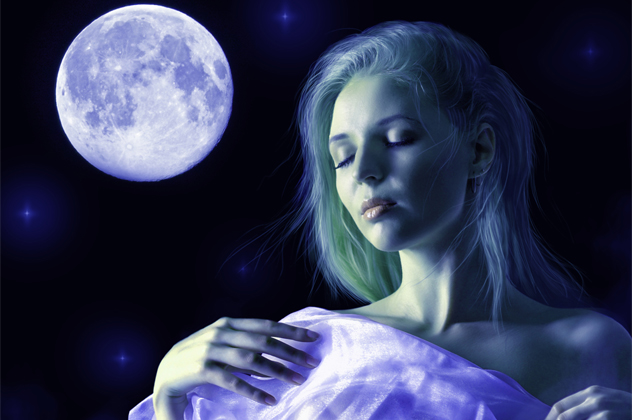 In Greenland, the natives once believed that the Moon made women pregnant. In order to avoid becoming pregnant by the Moon, the women of Greenland would avoid looking at the lunar orb, and before going to sleep at night they would rub a bit of their spit onto their bellies so that the Moon wouldn’t secretly impregnate them while they slept. It was also a custom for women to sleep on their bellies to avoid being impregnated by the Moon.

If, by chance, a woman decided that she was ready to carry a child, she would undress either under a new Moon so that her belly would grow with the Moon or she would undress under the full Moon with the belief that the moonbeams would impregnate her.

9A Dose Of Mercury Poisoning 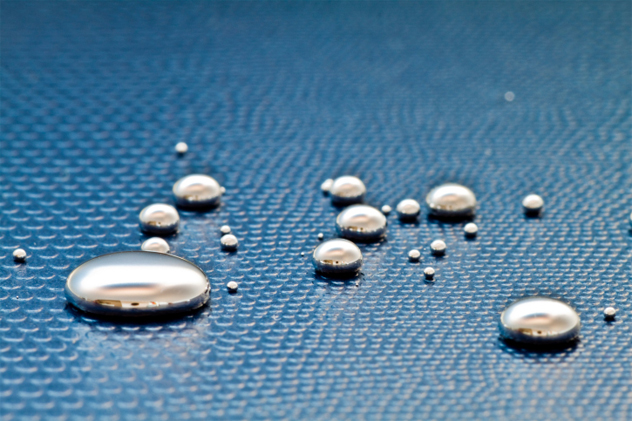 The highly civilized people of ancient China had their own unique methods of birth control. One of the most frightening methods for preventing pregnancy involved a mixture of oil and mercury (quicksilver). The woman was supposed to drink this mixture on an empty stomach to avoid unwanted pregnancies.

Mercury is toxic to the body. With repeated ingestion, mercury can cause changes in a person’s bone marrow and can eventually lead to infertility—and that may be why the ancient Chinese considered it an effective method of birth control.

8Lube Up With Olive Oil In ancient Greece, olive oil mixed with cedar oil was used as a spermicide. Aristotle wrote about this method, but he added “ointment of lead” into the mix. Women discovered early on that olive oil decreased sperm’s mobility, giving the woman time after sex to wash out her husband’s or customer’s ejaculation.

While people continue to use just the olive oil during sex, it is most commonly used as a natural lubricant. Since olive oil is, obviously, a type of oil, it cannot be used with a condom. The oil will break down the condom’s latex, causing it to break and leak. 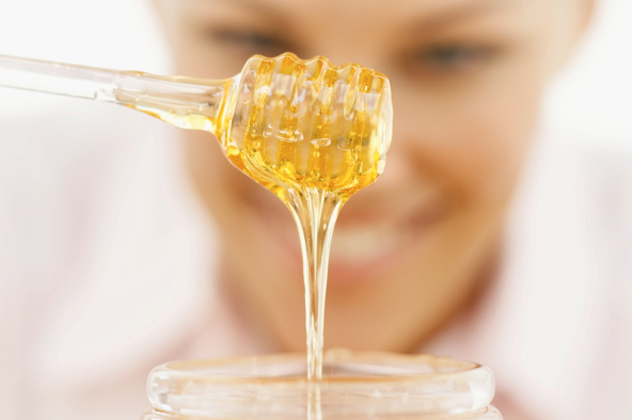 Imagine having to coat your cervix with honey before having sex. In ancient Egypt, a honey-coated cervix was the perfect form of birth control. While not a spermicide, the honey would form a barrier over the cervix to prevent sperm from entering it. Ancient Egyptian women would add other ingredients to the honey to protect them from pregnancy, such as honey mixed with natron (natural sodium carbonate) and a mixture using crocodile poop.

The modern use of honey for birth control is called the Honey Cap. It is a diaphragm that is coated with and stored in honey. For those who want to avoid synthetic hormones and chemicals, this alternative method allows women to insert the diaphragm before having sex, and it can be worn for up to 48 hours. This form of birth control is not 100 percent effective, but it can prevent sperm from entering the cervix and causing pregnancy.

6A Peck Of Pickled Peckers 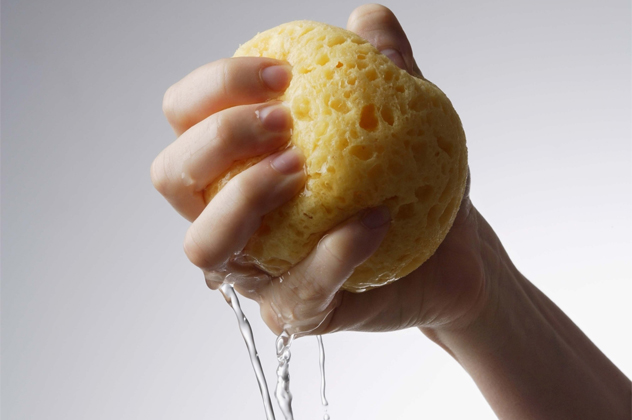 The Hebrew Talmud describes a method of soaking a natural sea sponge in vinegar and inserting it into the vagina to prevent pregnancy. This method of birth control was only to be used for three purposes: to protect a girl who was too young to survive a pregnancy, during pregnancy to prevent the risk of fertilizing a second ovum (called superfetation), and to prevent pregnancy while the mother was nursing.

There remain many beliefs about vinegar and birth control today. A popular notion is that if a woman douches with a water-and-vinegar solution after having sex, the vinegar will kill off the sperm and prevent pregnancy. The facts are that a woman would have to douche within seconds of having sex, and the douching process may actually help the sperm gain quicker access to the cervix. 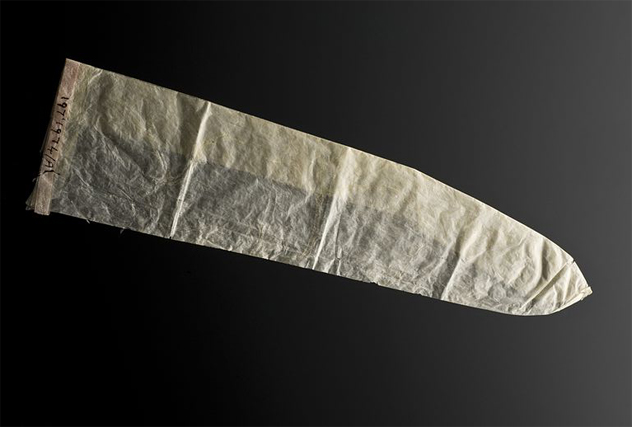 Before latex condoms, men and women had to use what was already on hand to prevent pregnancy and venereal diseases. This included the use of animal intestines and bladders. It may seem strange to realize that condoms have been in use for thousands of years, but the evidence for their use is overwhelming. The first written documentation of condoms comes from the Greek legend of King Minos (roughly 3000 BC). In Homer’s Iliad, King Minos was believed to have “serpents and scorpions” present in his ejaculation. To avoid killing his new wife, Minos inserted a goat’s bladder inside his wife’s nethers before having sex with her. This protected her not only from pregnancy, but also from whatever venereal disease King Minos was handing out.

By the time of the ancient Romans, condom use had increased in response to the rise of venereal diseases. Condoms were made from sheep and goat bladders as well as their intestines. A darker rumor surrounding Roman condom use is that they may have used the muscle tissues from the people they killed in battle as condoms. While there is little solid evidence to support the use of the dead for condoms, the practice would not be surprising given all the heinous tortures practiced in that time period. 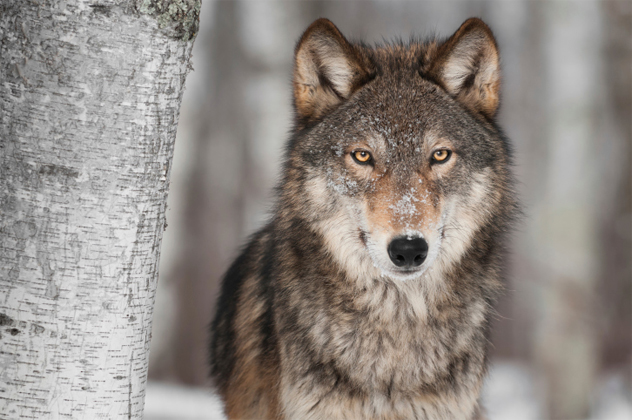 The people of the Middle Ages had a lot of strange ideas when it came to medicine. Most of their medical practices were a form of sympathetic magic (the wearing of talismans and herbs and associations with animals to produce a desired effect). One very strange form of birth control from the Middle Ages involved a woman going outside after sex and peeing where a she-wolf had already peed. Another version involved the woman walking around the spot where a pregnant wolf has peed while reciting an incantation.

What is most odd about this charm is that modern-day birth control pills are made using estrogen modeled after the estrogen extracted from the urine of pregnant horses. A not-so-glamorous job in the 1930s was to collect pregnant horse urine as it left the mare’s body. This required an agile person who could watch over several mares at a time and run with a bucket to capture the pee immediately as it left the mare. The urine was then sold for medical use. 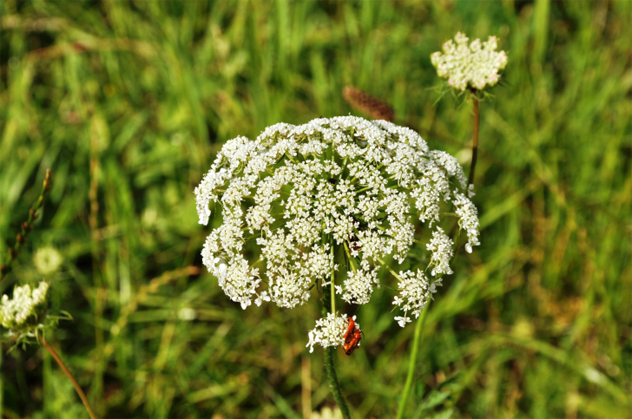 Commonly thought of as a weed, Queen Anne’s lace (Daucus carota) was almost harvested to extinction in the fourth and third centuries BC. During that time, the seeds of Queen Anne’s lace, also called wild carrot, were eaten as birth control immediately after having sex. This method of birth control, while neither foolproof nor safe, has survived up through modern times.

The largest problem with people gathering their own Queen Anne’s lace seeds is that the plant’s close cousin is the poison hemlock (Conium maculatum). Poison hemlock can easily be confused with Queen Anne’s lace, and while it is commonly known as the poison which Socrates used to end his life, most people don’t realize just how poisonous hemlock is. Simply coming into contact with the plant’s juices can have a toxic effect. 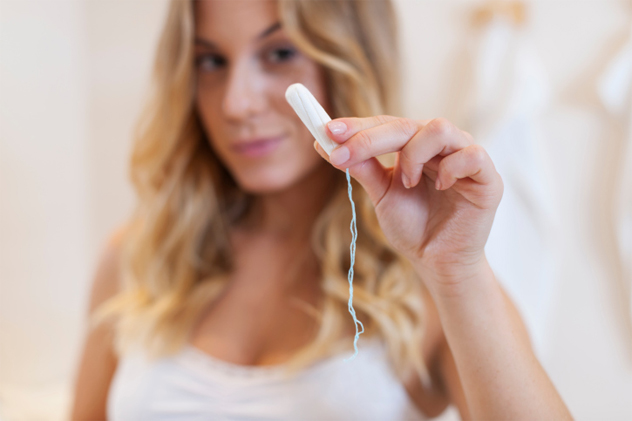 Like the condom, we think of tampons as a recent invention, but their use has been around for thousands of years in all parts of the world. While commonly used for catching menstrual blood, tampons were also used as a form of birth control. Soaked in natural fruit juices such as lemon or, as in ancient Egypt, gum arabic, these tampons were believed to block sperm and sometimes kill the sperm present.

Early tampons were commonly made from wool or papyrus, and in China they were made from silk. This isn’t so much different from the crocheted tampons being made and sold today on websites like Etsy. 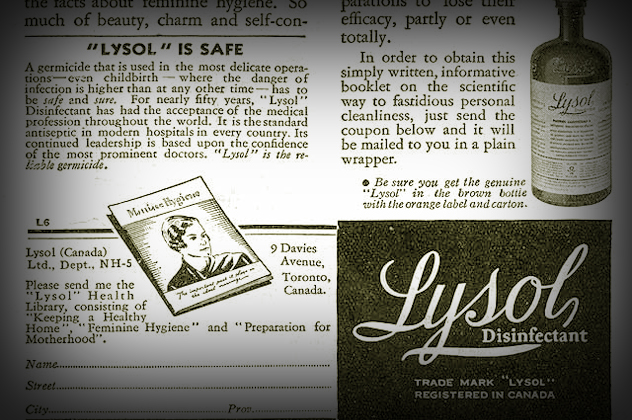 Sadly, we don’t have to dig deep into the past to find strange forms of birth control. In the early 1900s, Lysol was advertised to women as a remedy for the “intimate neglect” married women faced. Carefully worded, the Lysol ads offered women a “safe” way to take control of their fertility and “feminine hygiene” during a time when birth control was illegal in the United States.

Sadly, when Lysol was used as a douche, it caused inflammation and burning inside the vagina. In 1911, there were 193 known Lysol poisonings, and five deaths were caused by using Lysol as a douche.

Elizabeth spends most of her time surrounded by dusty, smelly, old books in a room she refers to as her personal nirvana. She’s been writing about strange “stuff” since 1997 and about bread-baking since 2008. She currently maintains a blog about writing Kindle books.