The candy that “melts in your mouth, not in your hand.” We all recognize that famous tagline for M&M’S.

But there is so much more to these chocolate treats than whether they’ll melt in your mouth or your hand. Here, we’ll explore their fascinating roles in the entertainment industry, the White House, World War II, and more. So grab a handful, and we’ll treat you to the sweet history of M&M’S chocolate candies.

When Steven Spielberg was in the early stages of making E.T. the Extra-Terrestrial, he reached out to Mars (the company that owns the M&M’S brand) and asked permission to use their product in the film. They declined the offer, which resulted in Spielberg turning to Reese’s Pieces.

Shortly after the movie’s release, sales of Reese’s Pieces tripled in just two weeks.[1] Mars justified the bad decision by stating that they believed “E.T was ugly and would scare children.”

To think that the company was so close to earning a permanent spot in 1980s nostalgia. The decision is still baffling to this day. Spielberg was a huge name even back then, having already directed Raiders of the Lost Ark, Close Encounters of the Third Kind, and Jaws. How on Earth could Mars have doubted him? 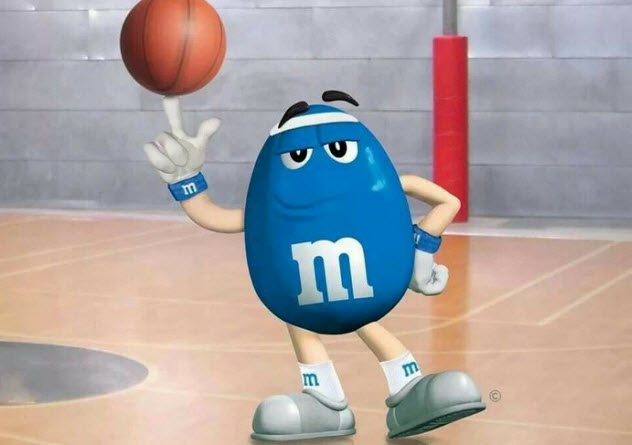 The blue M&M’S were introduced to replace the tan M&M’S in 1995. The decision was left to the public’s vote, and the results were 54 percent in favor of the color blue. The choice was between purple, blue, and pink as the new color. Over 10 million people voted in the competition over the course of the allotted two months.

When blue was chosen, the Empire State Building was lit up in blue to celebrate.[2] The New York skyscraper is often lit up with different colors to celebrate certain holidays. The building is red on Valentine’s Day and yellow and white to celebrate Easter.

M&M’S have frequently been associated with American patriotism, so it only seems appropriate to see the product associated with a landmark in one of the country’s greatest cities. 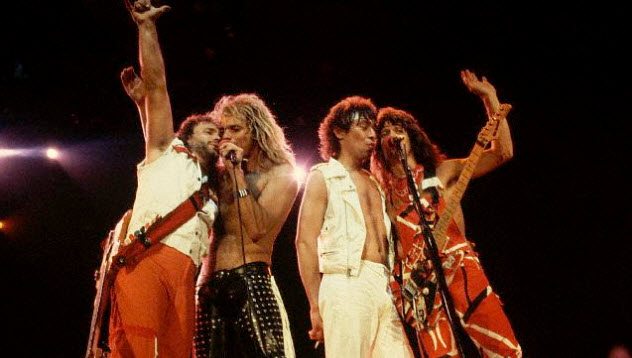 While on tour in 1982, Van Halen requested a bowl of M&M’S in their dressing room but specified that there be “absolutely no brown ones.” While this may sound like the exploits of a group of divas, it was actually a test to see if the venues were listening to their requests and reading every word of their contracts.

Due to the long list of requirements to run a safe concert, David Lee Roth wanted to ensure that all requests were adhered to. He hid the “no brown [M&M’S]” request within the contract so that he had an easy way of telling whether or not corners were cut.[3]

It is often speculated that had this request been ignored, Van Halen would have had the legal right to cancel the concert at any point, even at the last minute. Can you imagine how upsetting it would be if you had traveled to the arena, booked accommodations, found a decent standing area, and then were informed that the concert was over because a brown M&M’S candy was found at the bottom of a snack bowl? 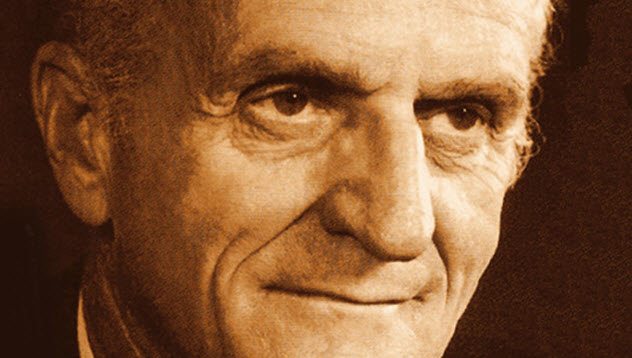 Although M&M’S are one of the most popular chocolate products, most people do not know that M&M stands for “Mars and Murrie.” The candies were named for Forrest Mars Sr., son of the Mars Company founder, and Bruce Murrie, the son of Hershey executive William Murrie (who owned 20 percent of the product).

It is rather interesting how the sons of two higher-ups in the US chocolate industry combined their efforts to put their own mark on the chocolate business. It all began when Forrest fell out with his father and moved away from him and the company.[4]

During the Spanish Civil War, Forrest was amazed to find soldiers eating chocolate in the summer. The lack of proper air conditioning meant that chocolate often melted easily in the summer, causing a drop in sales.

Forrest Mars took advantage of this gap in the market. After observing the soldiers eating their candy, he mimicked the concept of hard sugar shells around pieces of chocolate, which prevented the chocolate from melting. Upon his return to the United States, he and Bruce Murrie teamed up and brought the chocolate to market.

E.T. wasn’t the only example of Mars turning down an opportunity for M&M’S to be part of the entertainment industry. A Season 4 episode of Seinfeld showed Jerry and Kramer observing a heart operation. Kramer is eating a pack of Junior Mints when he accidentally knocks one of them from the observation desk and into the open chest cavity of the patient. They remain silent as the operation ends and the patient is closed up with the mint inside.[5]

This scene gave Junior Mints a lot of publicity. In fact, the episode even ends on what is essentially a commercial. When offered a Junior Mint by Kramer, the doctor states that they can be “very refreshing.” Declining the opportunity for their product to be used in this episode of Seinfeld is yet another example of Mars failing to trust others with their M&M’S brand.

“What are you eating?” Jerry Seinfeld asked in the episode. Kramer replied, “Junior Mints. You want one?”

That could have been you, M&M’S! Funnily enough, over the credits, there was a stand-up scene with Jerry where he riffs on the idea of the colors of M&M’S being completely different when you are younger. It appears as though Seinfeld ultimately won. 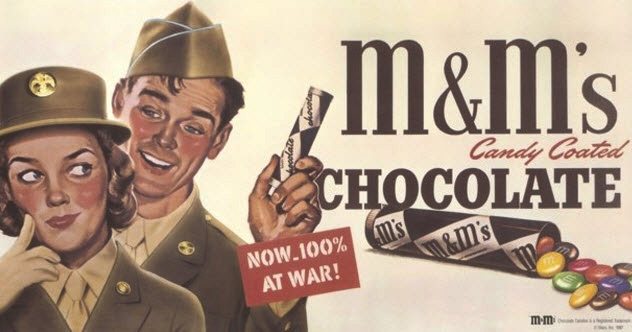 After Forrest Mars Sr. and Bruce Murrie invented M&M’S, the chocolate was sold exclusively to the US military. It was a convenient snack food which did not melt easily in intense conditions. It was also easy to transport.

There appear to have been two reasons for the decision to exclusively supply the US military. Patriotism was a huge deal because the US had just entered the war. But with the new situation came rations in food products such as sugar and chocolate. To ensure that M&M’S could be produced, Mars and Murrie approached the US military and the rest is history.

After the war ended, the soldiers returned home with a love of the product. From there, M&M’S were distributed to the general public and quickly became one of the top chocolate products in America. The company continues to donate to the troops, with $750,000 donated in 2016 alone to celebrate the 75th anniversary of Mars and Murrie creating the product.[6] 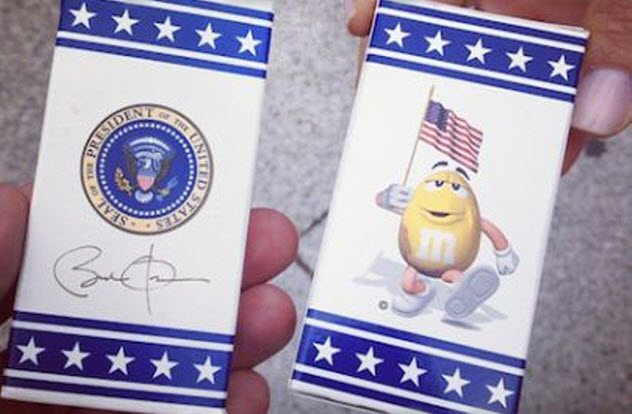 M&M’S are the official presidential candy in the US. Prior to President Ronald Reagan, the majority of presidential products were matchboxes and cigarettes. These were often handed out on Air Force One or to visitors at the White House.

However, due to Reagan’s sweet tooth, presidential boxes were eventually filled with M&M’S. Reagan requested that they replace the cigarettes. The tradition continues to this day, with the current president’s signature printed below the presidential seal on the box.[7] 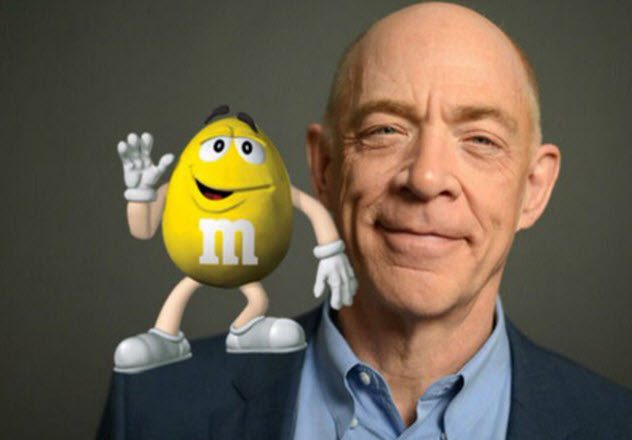 You know those commercials where oversized red and yellow M&M’S candies banter for 30 seconds? Well, one of those voices sounds so familiar because the yellow M&M’S candy is voiced by J.K. Simmons. The actor made his mark on the movie industry with roles such as J. Jonah Jameson in Sam Raimi’s Spider-Man trilogy and, more recently, Whiplash, for which Simmons received an Academy Award for Best Supporting Actor.[8]

What is it about the yellow M&M’S candy which attracts such star quality? Of course, yellow is not the only one voiced by a renowned actor. The red M&M’S candy is currently voiced by Billy West, the actor behind Futurama’s Fry. 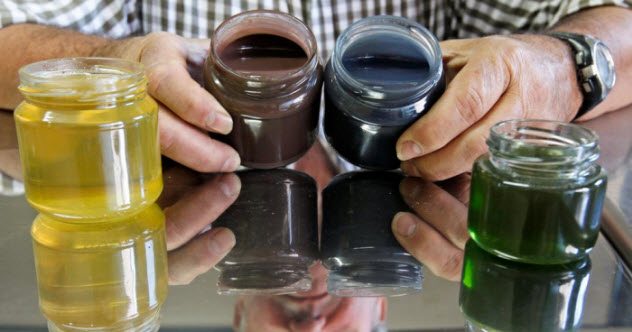 Having fed off a plant which had processed the remains of a discarded bag of M&M’S, a group of honeybees began to produce honey that matched the colors of the candies. Jars of blue and green honey were collected from the hives in northeastern France.[9]

Unfortunately, the honey could not be sold due to industry regulations. But still, it makes for an interesting art piece!

This was not the first time that oddly colored honey has been retrieved from a hive. In 2010, a group of bees in Brooklyn began to feed off the supplies at Dell’s Maraschino Cherries Company, which resulted in their honey being a bright shade of red.

The head of the New York City Beekeepers Association explained why honeybees are often drawn to artificial flavorings: “Bees will forage from any sweet liquid in their flight path for up to [5 kilometers (3 mi).]” 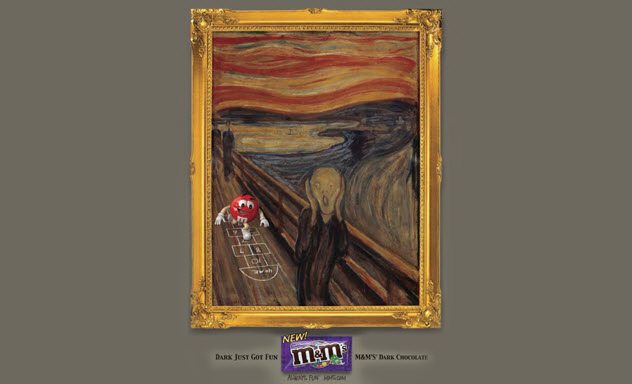 When Edvard Munch’s The Scream was stolen from the Munch Museum in 2004, Mars stood up and set a reward for its return. However, it was not a monetary reward. In 2006, they offered two million M&M’S in exchange for the painting’s return.

Mars had recently launched a campaign for their dark chocolate M&M’S. It was these which they offered in return for the painting. The incentive worked. But the chocolate was not given to the convict who revealed the location of the stolen art.[10]

Instead, the cash equivalent of two million M&M’S (about $26,000) was donated to the Munch Museum. A spokesperson for Mars explained, “We’d never give a reward to a convicted criminal.”

Mark is a popular-culture aficionado and an irreplaceable member of any pub-quiz team.

Read more sweet and sour stories of candies on 10 Strange Stories And Origins Of Our Favorite Candies and Top 10 Most Disgusting Candies Ever.