There’s no rescue from being beheaded. People have been riddled with bullets, plummeted from great heights, and plucked frozen from the sea and still managed to survive, but losing one’s head is a sure death. The severed head is therefore a symbol of power and of justice, but you might also end up with one from a strangely perilous hobby. 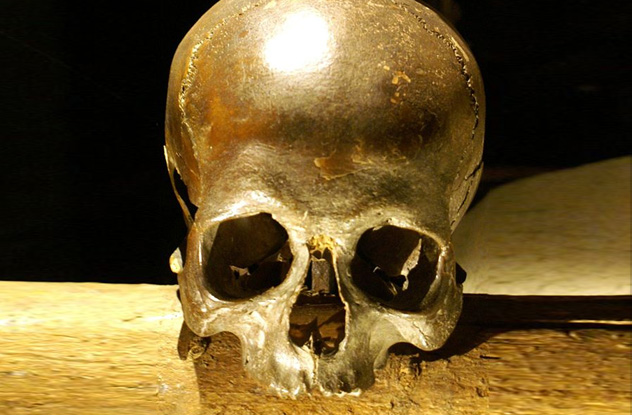 The Victual Brothers were a group of European privateers who roamed the Baltic Sea. In the 1390s, the mercenaries were hired to do battle against Denmark, but in the following years, they turned to piracy. One of the leaders of the group was Klaus Stortebeker.

Very little is known of this character, including his real name—Stortebeker was a nom de guerre meaning “empty the mug with one gulp,” evidence of some serious chugging ability. The man’s story was cut short when he and a contingent of Victual Brothers were captured by a Hamburgian fleet around 1400. Their fate would become the stuff of legend.

The group was brought back to Hamburg to stand trial, where they were sentenced to death by beheading. Resigned to his death, Stortebeker struck up a bizarre deal with the mayor. His pirates would be lined up in a row when he was decapitated. The mayor promised to free as many men as Stortebeker’s headless body could walk past.

This must have seemed like a raw deal for the pirates, who had doubtlessly witnessed the effects of multiple beheadings in their adventures. However, the story goes that after the executioner chopped off his head, Stortebeker’s body stood up and began walking, making it past 11 men before the enraged executioner tripped it.

Despite the mayor’s word, all the pirates had their heads lopped off by the day’s end. 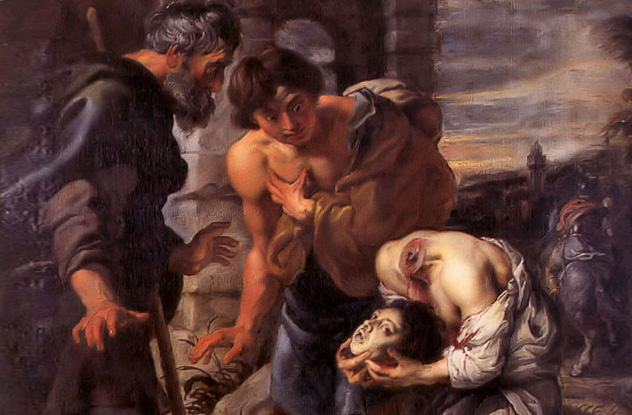 For years, a pseudoscientific debate has wondered how long it takes the head to die after being hacked from the body. Some claim to have seen awareness in the eyes on severed heads. The cephalophores, saints who were beheaded, have that beat—several, such as Nicasius of Rheims and Paul of Tarsus, supposedly continued to speak after losing their heads.

The nine-year-old saint Justus of Beauvais, executed for his Christianity, lifted up his own head, saying, “Lord of heaven and earth, receive my soul, for I did no harm and was pure in heart.”

Cephalophores are often depicted by religious artists as cradling their own head in their arms like a baby. There is some room for artistic license in placing the halo. Some artists choose to place it on the head, and others draw it where the head used to be. 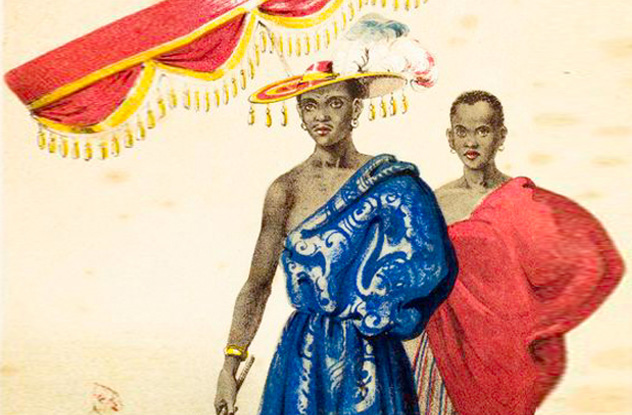 Headhunting has historically occurred in nearly every part of the world. But few cultures ascribe such value to heads as the Dahomey people, who lived in modern-day Benin. Kings, such as Gezo (who ruled from 1818 to 1858), maintained vast collections of enemy heads as a display of their royal power.

When Scottish explorer John Duncan visited the Dahomey, he reported that Gezo had a collection of 2,000–3,000 heads. Those of importance were decorated with brass and iron rivets, wrapped in fabric and kept in pans. Duncan claimed that the owner and history of each head was carefully maintained. The skulls were also used in architecture. Gezo’s throne, which is currently being kept on display in a museum, was mounted on the skulls of enemy kings.

The King of Dahomey was not limited to merely taking the heads of rivals. He was allowed to decapitate anyone he wished, including his own subjects. This was important for ceremonies and festivals including the huetanu (“yearly head business”). 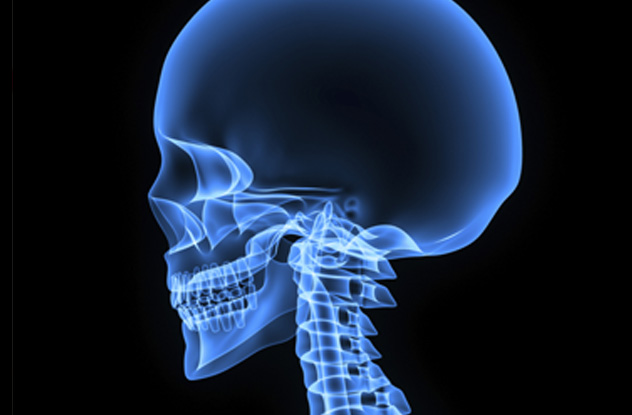 Internal decapitation occurs when trauma separates the skull from the spinal cord. Generally caused by car accidents, it is typically fatal, although some people have survived and even completely recovered. Youth seems to be the prevailing factor in healing. Internal decapitation, rather than strangulation, is also the mechanism of hanging.

While it seems simple, hanging a person requires a bit of math in gauging the person’s weight against the length of the drop. If the drop isn’t long enough, death comes agonizingly slow. If it is too long, gruesome results may follow.

In the United States, several inmates condemned to death petitioned the court, claiming to be too fat to hang without risking beheading. In 1994, a federal judge ruled that convicted murderer Mitchell Rupe, who weighed in excess of 190 kilograms (425 lb), was too heavy to hang. Rupe died of liver disease 12 years later.

On June 29, 1967, beautiful and voluptuous Hollywood actress Jayne Mansfield was riding in a car with her driver, her boyfriend, and her three young children. The vehicle struck the back of a tractor trailer, and the car slid underneath, shearing off the top and killing the adults instantly. The children all survived.

It soon became the stuff of Hollywood legend that Mansfield had been decapitated. She hadn’t, but her fate was no less grisly. Her death certificate rather bluntly states that she had a “crushed skull with avulsion of cranium and brain.”

Following the accident, the National Highway Traffic Safety Administration made it mandatory that all semi-trailers be outfitted with an underride guard—a steel bar to prevent cars from sliding beneath the trucks. This device has since become colloquially known as a “Mansfield Bar.” 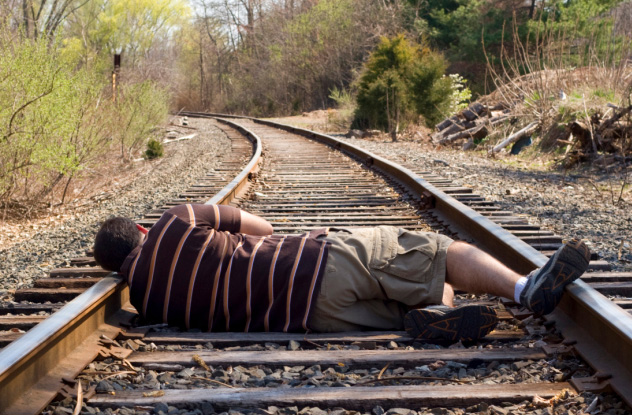 There are as many ways to commit suicide as there are to die, but with rare exception, it is a solitary activity. Thus, the most common methods, such as self-inflicted gunshot wounds and drug overdoses, are tasks that can be accomplished alone. Beheading oneself tends to be complicated, so it’s very rare, but some people try it nonetheless.

The vast majority of people who do choose to dispatch themselves in this fashion lie with their heads draped over railroad tracks. But there have been some other truly bizarre decapitation suicides. In 2008, Welsh businessman Gerald Mellin tied a rope to a tree and tied the other end around his neck. Then he took off in his Aston Martin sports car, severing his head.

Even more strange was the case of 36-year-old builder Boyd Taylor, who built a sophisticated homemade guillotine over the course of three months. In January 2003, he overdosed on sleeping pills and lay under the device, setting a timer to bring the blade down.

4 A Strange Cameo On Game Of Thrones 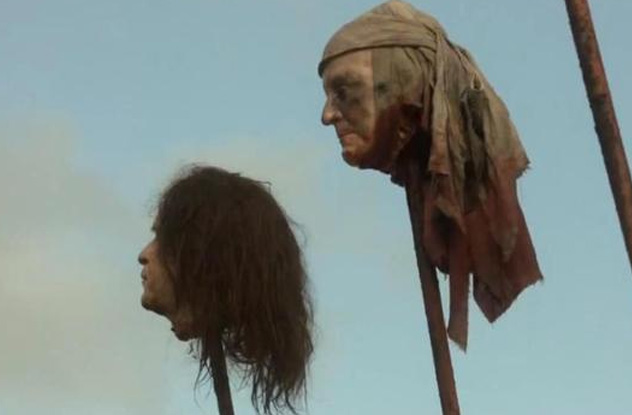 Fans of the HBO show Game of Thrones are no strangers to all kinds of brutality. Hardly an episode goes by without someone being decapitated, including (spoiler?) characters that audiences have come to know and love. But one episode in the first season pushed the boundaries in a surprising direction.

One scene depicts a collection of severed heads posted on spikes in typical medieval intimidation. One of the prop heads (on the left in the still above) was in the likeness of former president George W. Bush. Although Bush is not among the most celebrated of presidents, this was an ignominious fate, even for him.

The head is disguised by a wig and covered with grime, and it doesn’t face the camera, but Bush’s distinctive facial features are discernible. The show’s creators brought up the subject in the DVD commentary, sending HBO into damage control mode. The network issued a statement calling the show’s choice “unacceptable, disrespectful, and in very bad taste.”

Pit vipers such as rattlesnakes are among the most frightening creatures on the planet, made all the more so by a dark secret they bring with them to their graves. Their heads can still bite even hours after being decapitated.

This isn’t black magic. These snakes are outfitted with pits called “fossas” located between their eyes and their nostrils. These marvelously sensitive thermoreceptive organs allow the snake to find warm-blooded critters to devour. Once it senses prey, the instinct is to lash out. Even after death, the fossas remain active for a long time. Should you be foolish enough to put an appendage near the snake’s head, you could be in for a nasty surprise.

In the above gruesome video, a decapitated snake blindly attacks its own body. In eastern Australia, 66-year-old groundskeeper Jake Thomas was bitten by a snake he’d beheaded with a shovel some 45 minutes earlier. He was treated with antivenom and was in the hospital intensive care unit for two days. In 2007, 53-year-old Danny Anderson was bitten by a rattlesnake he’d decapitated. After receiving emergency medical care, Anderson was understandably shaken, saying, “It still gives me the creeps to think that son-of-a-gun could do that.” 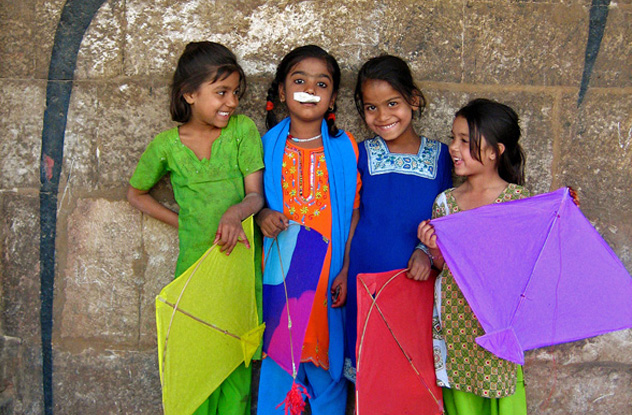 In areas of India and the Middle East, kite flying is serious business. As detailed in Khaled Hosseini’s novel The Kite Runner, the kites are outfitted with strings covered in abrasive coating. Traditionally, this was powdered glass, but metals and chemicals are now sometimes used.

Once a kite is severed, it becomes free, and children dash to retrieve it. In the chaos, injuries are common, with people running in front of cars or toppling from rooftops. The strings themselves are also dangerous. They commonly cut the kite wielder’s hands to ribbons and are sharp enough to take off a head.

In 2013, a two-year-old girl was decapitated by a kite in Lahore, Pakistan. A rowdy kite festival in the same area claimed several lives in 2007, including an 11-year-old boy and a 16-year-old girl whose throats were slashed by kite strings. 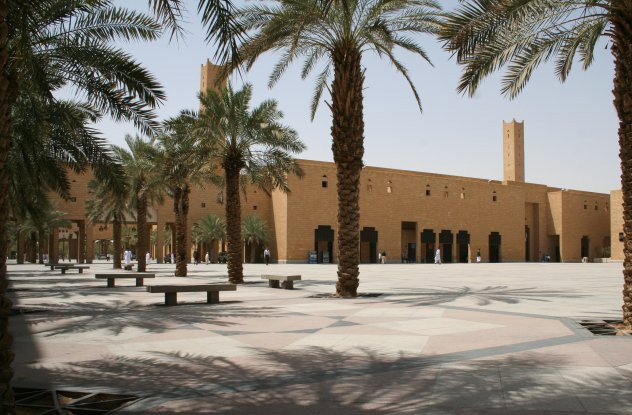 Saudi Arabia follows a strict form of Sharia Islamic law and is the only country that still allows capital punishment by decapitation. A laundry list of crimes are punishable in such a gruesome fashion, including drug use, rape, armed robbery, and sorcery. Of course, murder is included in the equation, but killers with sufficient wealth can buy their way out of punishment by offering the victim’s family diyya, or blood money. There is even a prescribed rate depending upon the religion or sex of the victim (women cost half as much to kill as men).

If the family refuses the money, they are afforded the opportunity to carry out the execution themselves. This is extremely unfortunate for the murderer. The family member, filled with vengeance and unskilled with a blade, blindly hacks away. However, the vast majority of executions are carried out by a professional, who severs the head with a sword kept razor sharp. In an interview from 2003, executioner Muhammad Saad al-Beshi recounted just how easily the task is accomplished, saying, “People are amazed how fast it can separate the head from the body.”