Often, Easter eggs are hidden in franchise films or movies that people will watch over and over. While crime films are beloved, many aren’t watched as repeatedly as other movies. Not as many Easter eggs are hidden in them, or if there are, few have been found. However, a few crime movies contain some really clever and original Easter eggs that you may have missed. Also, please be warned that some of the descriptions below contain spoilers. 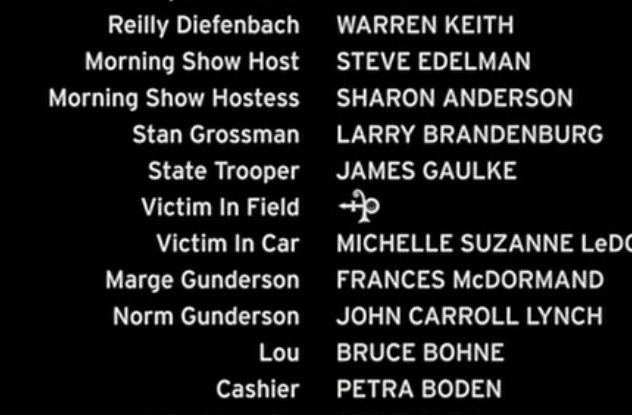 The Easter egg in the Coen Brothers’ classic crime film Fargo actually led to a bit of an urban legend—that the musician Prince had a cameo as a dead body. This is based off the credits in the film for the person who played “The Victim in the Field.”

In the credits for this minor character, instead of a name, there is a symbol that looks very much like the one that Prince used from 1993 onward, except the symbol was turned on its side and had a smiley face in the circle. Adding some credence that the body was actually Prince, the scene took place in Minnesota, Prince’s home state.

However, the body is not Prince’s. It’s storyboard artist J. Todd Anderson, who worked on the film and also played another minor role. He simply chose to use the symbol, rather than using his name. 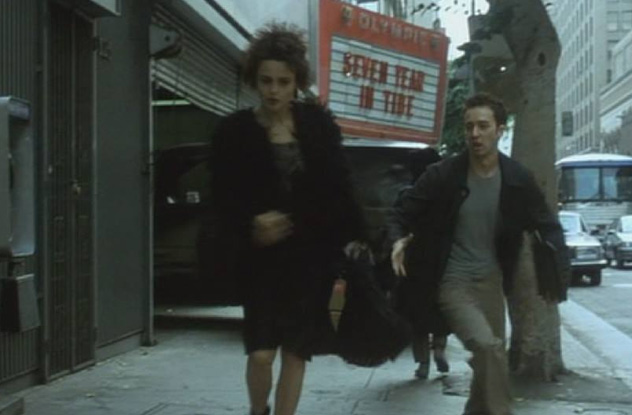 Some would argue that Fight Club isn’t a crime film, but a terrorist group blows up buildings at the end of the film, so let’s call it a crime film from the criminals’ point of view.

There are two notable Easter eggs in Fight Club, and the first one is the number of Starbucks cups that are littered about. According to director David Fincher, they are everywhere and can be seen in most shots. In fact, there is a blog dedicated to finding the cups.

Another interesting Easter egg in the background of one of the shots features a theater marquee for Seven Years in Tibet, which stars Brad Pitt. Since Tyler Durden (Brad Pitt) is a figment of the Narrator’s imagination, and Brad Pitt the actor apparently exists in the world of the film, it is possible that the Narrator simply is imagining Brad Pitt as Tyler. Two other marquees feature films by the other main actors—one for The People vs. Larry Flint, which stars Edward Norton, and the other marquee for The Wings of a Dove, which stars Helena Bonham-Carter—but these are blocked in the final shots. 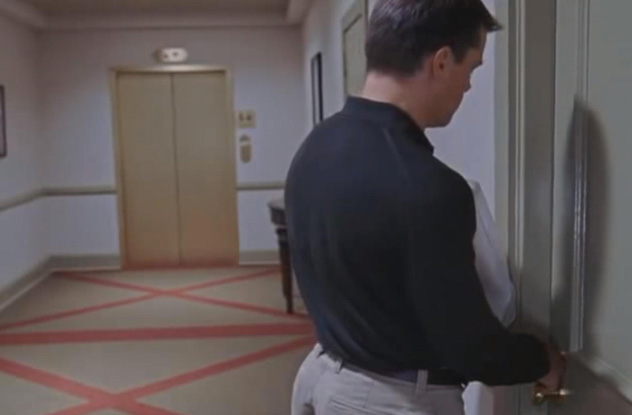 The film that finally won Martin Scorsese an Academy Award was his bloody Boston mafia film The Departed. Scorsese here uses Easter eggs to foreshadow the deaths of the characters—they are literally marked for death.

In the film, there are at least 15 different X’s, and they usually appear when a character is about to die. Some of the more notable ones include when Queenan (Martin Sheen) is falling off the window; he falls past windows with X’s taped across them. Close to the end of the film, there is an X made out of tape on the wall of the elevator above the head of Billy (Leonardo DiCaprio) after he arrests Sullivan (Matt Damon). Another example is when Sullivan walks into his apartment at the end of the film, and a hideous carpet features—you guessed it—a large X pattern.

The Departed was not the first movie to use an X to foreshadow the deaths of characters. It was also a motif in 1932’s Scarface, where a black X would appear when the death of a character was imminent. 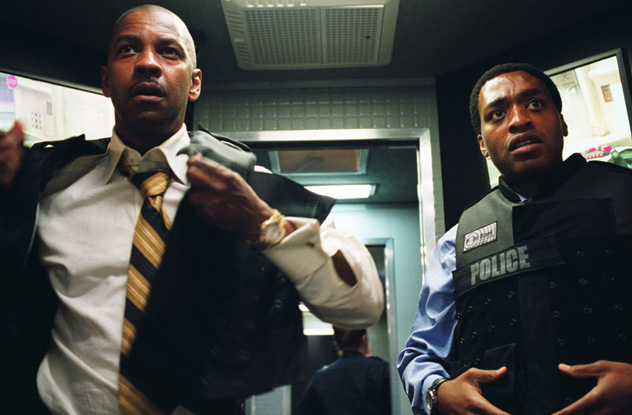 Spike Lee’s slick bank heist movie Inside Man is famous for its twist ending. The film, like many of Lee’s films, takes place in New York City, and this leads to the Easter egg that should please fans of Lee’s early work. Early on in the film, the bank robbers demand food shortly after they take the patrons of the bank hostage. The detectives agree to the demand, and pizza is brought in. If you look at the pizza boxes, you will see that the pies came from Sal’s Famous Pizzeria.

Sal’s is one of the central locations in Lee’s breakout film, Do the Right Thing. Spike’s character, Mookie, worked there, and it is destroyed by fire at the end of the film. In an interview, Lee said that after Do the Right Thing ended, Sal rebuilt the pizzeria with insurance money, and he eventually rehired Mookie because no one else could deliver pizzas like he could. 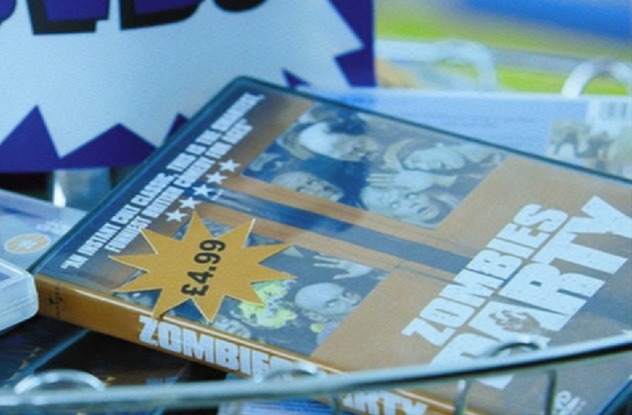 All three movies from Simon Pegg’s, Nick Frost’s, and Edgar Wright’s Three Flavors Cornetto trilogy, also known as the Blood and Ice Cream trilogy, have in-jokes and references to other movies. One Easter egg that some people might have missed happens in their hyperactive send-up of the action genre, Hot Fuzz.

During one scene, PC Danny Butterman (Nick Frost) is looking through a bin of bargain DVDs. He picks one, looks at it and then he drops it back in the bin. The DVD he picked up was called Zombies Party, and its cover features zombies looking through the window of red subway doors. The cover looks exactly like the Shaun of the Dead cover, and Zombies Party is the alternate title for Shaun of the Dead. The alternate title is used in countries like Spain, where the pun on Dawn of the Dead wouldn’t make sense. 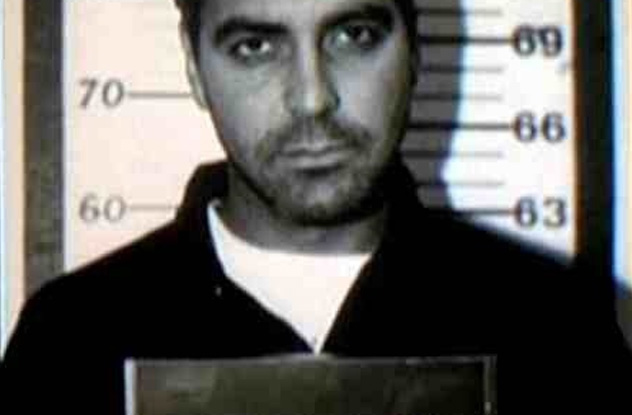 Steven Soderbergh’s adaptation of Elmore Leonard’s Out of Sight is about a slick, handsome, and notorious bank robber named Jack Foley (George Clooney). Minutes after escaping from prison, he is locked in the trunk of a car with US Marshall Karen Sisco (Jennifer Lopez). In the trunk, they connect romantically, but Foley is an escaped convict and Sisco is a marshal, so she has to later hunt him down.

The film contains two Easter eggs. The first is Foley’s mug shot. It is the same mug shot used in 1996’s From Dusk Till Dawn, where Clooney played Seth Gekko. Foley and Gekko aren’t much alike in either looks and demeanor, which is why Sisco points out that “he doesn’t look that way anymore.”

Another Easter egg is Michael Keaton’s character. He is not credited in the film, but he plays a character named Ray Nicolette, who also appears in the film Jackie Brown, played by Keaton. The connection is that Jackie Brown is based on the novel Rum Punch, which was written by the one and only Elmore Leonard. 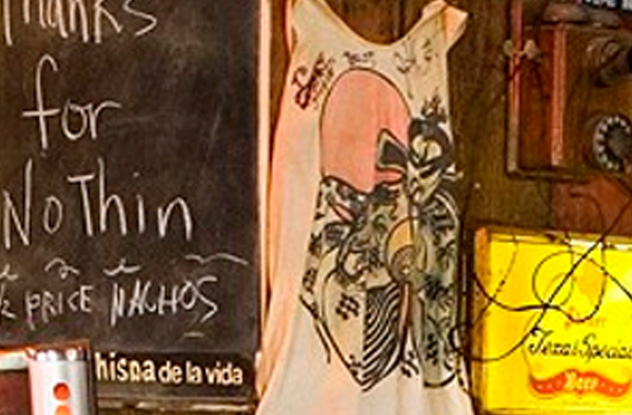 Quentin Tarantino is known for the complexity of his film universe and for his love of pop culture. It should be little surprise that his contribution to the Grindhouse double feature has a few Easter eggs in it.

For example, in the opening scene in the bar, on the wall is a tank top with a samurai in front of a rising sun. This was the same tank top that Jack Burton wore in Big Trouble in Little China. Jack was, of course, played by Kurt Russell, who is Death Proof’s villain, Stuntman Mike.

This leads to two more Easter eggs, which are the license plates of Stuntman Mike’s cars. On the first car, the plate says “JJZ-109,” which is the same plate as the car of Frank Bullitt (Steve McQueen) in Bullitt. The second plate is “983-DAN,” which is on the Dodge Charger that the main characters drive in Dirty Mary, Crazy Larry. Both movies are famous for their car chases. In fact, Dirty Mary, Crazy Larry is one long car chase. 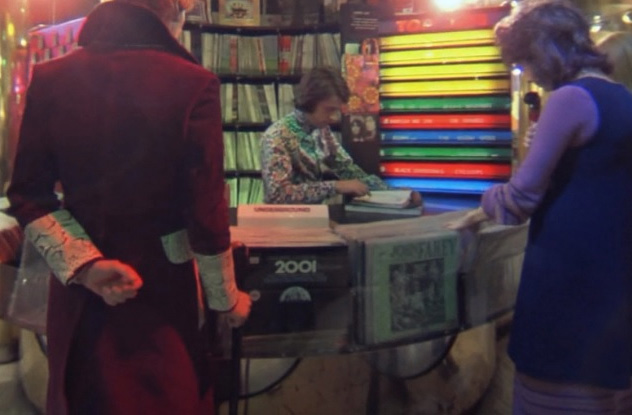 Stanley Kubrick is famous for his complicated and dense films that possibly hold other meanings if you follow possible clues throughout his films. For example, The Shining, according to one outlandish theory, is about Kubrick confessing to faking the Moon landing.

The Easter eggs are a bit simpler in Kubrick’s 1971 controversial classic A Clockwork Orange. In the scene where Alex (Malcolm McDowell) is visiting the record store, he talks to the clerk about a record he ordered. Front and center in a rack in front of the counter is the soundtrack to Kubrick’s 1968 science-fiction masterpiece, 2001: A Space Odyssey.

Also, two other records in the shot are associated with 2001. The first is the record beside the soundtrack, which is John Fahey’s The Transfiguration of Blind Joe Death. On that record is the song “Bicycle Built for Two,” which HAL sings in 2001. The second album in the background is The Beatles’ soundtrack to their 1967 film Magical Mystery Tour. Songs from Magical Mystery Tour do not appear in 2001, but the instrumental flying sequence in Magical Mystery Tour has unused footage from 2001. 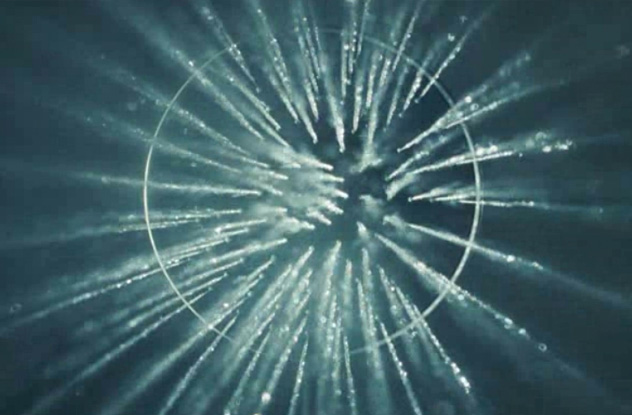 After finally winning an Academy Award for The Departed, Martin Scorsese changed gears and made a mystery movie set in an asylum on an island during a hurricane. The film, which is based on a Dennis Lehane novel, has a very Hitchcockian feel to it. Scorsese was, of course, a huge fan of Alfred Hitchcock, and there are several Easter eggs in Shutter Island that are Hitchcock references. They include a reference to Psycho, where Scorsese uses a shot under a shower head with steam on either side. This was used in the infamous shower murder scene, but there is no apparent reason for its use in Shutter Island, other than a nod to Hitchcock.

In another scene, Teddy Daniels (Leonardo DiCaprio) is forced to hang off the face of a cliff, which is a shot similar to one from North by Northwest. Another shot that was used was a gun on the bottom of a camera tracking its victim. This is copied from Spellbound, when Leo Carroll threatens to shoot Ingrid Bergman.

Finally, there is an homage to Hitchcock’s Nazi spy-thriller Notorious, when Scorsese introduces Shutter Island’s Nazi-esque character, Dr. Naehring (Max van Sydow). In his first appearance onscreen, you can only see the back of his head, which is how the character of Devlin (Cary Grant) is first introduced in Notorious.

Those are just some of the few that Andrew Pulver at The Guardian found, and he is sure there are more in the film, so keep your eyes open next time you watch it. 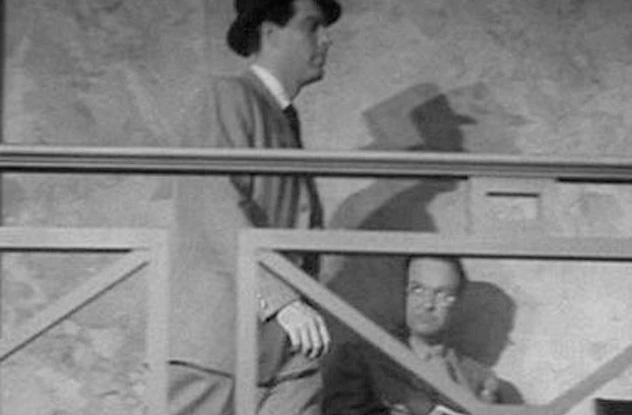 In the annals of crime fiction, one of the most legendary writers is Raymond Chandler. He created the character private eye Philip Marlowe, who appeared in Chandler’s books The Big Sleep, The Long Goodbye, and The Lady in the Lake. Not only did he write some amazing novels, but he also adapted the screenplays for some of the best-known crime films, including the dark film noir Double Indemnity, which was directed by Billy Wilder and is considered a classic today.

The Easter egg is a cameo by Chandler, who was a reclusive author. At the 16-minute mark of the film, main character Walter Neff (Fred MacMurray) walks by a man sitting on a bench reading a paperback. The cameo is so minor that we have no record of anyone noticing it until January 2009, 65 years after the movie was released.

One reason no one discovered it was that cameos like this hardly ever happened back then. Also, while Chandler and Wilder admired each other for their artistic abilities, they deeply disliked each other and rarely spoke positively about one another, making it very surprising that Chandler would be featured.