Perhaps you picture Middle Eastern nations as so strict that murder is a rarity. Or maybe you imagine war-torn countries where slaughter is a regular occurrence rather than a shocking crime. In reality, the Middle East has its share of serial killers, just like any other region, but you’re not very likely to have heard of any of them. 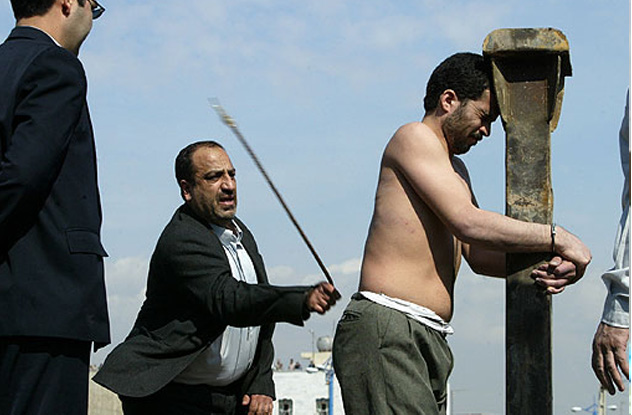 Mohammed Bijeh raped and killed 16 boys between March and September 2004 in Pakdasht, Iran. He tricked the boys into the desert by telling them that they were going hunting. Once he’d finished with them, he buried their bodies in shallow, sandy graves, earning him his nickname—the “Iranian Desert Vampire.”

Bijeh received 16 death sentences—one for each boy he killed—as well as 100 lashes for the rapes. He was publicly executed in Pakdasht on March 16, 2005, his execution attended by over 5,000 people who booed and threw stones at him as he was flogged. At one point, a brother of his one of his victims broke through the crowd and stabbed him in the back.

After receiving his lashes, Bijeh was tied to one end of a rope while the other end was attached to a crane. The crane then lifted him up by the neck till he died. 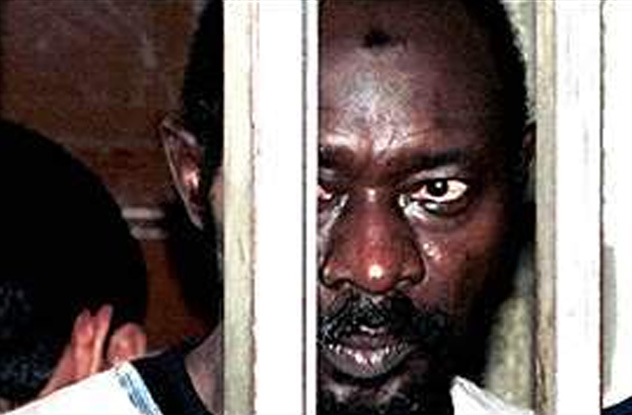 Dubbed “The Sana’a Ripper,” Mohammed Adam Omar murdered 16 women at Sana’a University in Yemen, where he worked as a morgue attendant. He lured the ladies, all medical students, under the guise of helping them with their studies. Once they got into the morgue, the former boxer killed them with his bare hands. He cut off their hands and feet and soaked them in chemicals. He buried the remains but kept their bones as souvenirs.

His arrest came after the bodies of 21 female students were discovered buried on school grounds and dumped in school sewers. He initially confessed to 16 of the murders and even claimed responsibility for other crimes, saying he’d killed 51 women in Yemen, Jordan, Lebanon, and Kuwait since 1975. He later retracted his statement and confessed to just two of the murders.

He said he couldn’t resist the urge to kill beautiful women and wanted to send them to heaven. He even told a female reporter that beautiful people like her shouldn’t be allowed to live, sending her running from the interview.

Omar was sentenced to death and was executed by firing squad near the school. He was also given 40 lashes—for the crime of drinking alcohol. 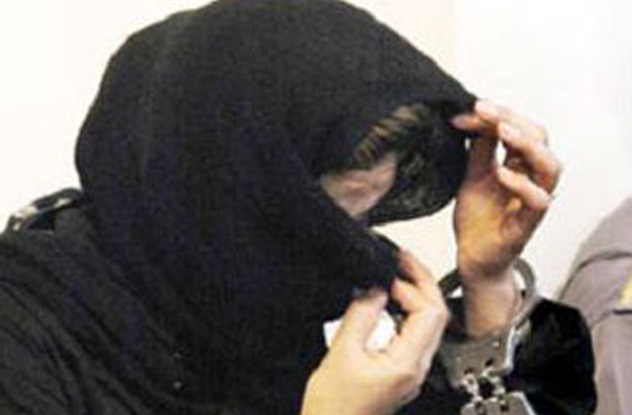 Mahin Qadri is Iran’s first documented female serial killer. She was convicted for killing six people including five women between February 2008 and May 2009 in the city of Qazvin. Most of her victims were elderly women whom she picked up outside prayer houses.

Once they entered her car, she played mind games with them, telling them how much they reminded her of her own mother. She then offered them drugged juice to knock them out, after which she suffocated them to death and robbed them. In one instance, a victim regained consciousness, and she finished her off with an iron rod. But when one of her would-be victims escaped and alerted the police, Mahin’s spree came to an end.

Mahin claimed she committed the murders solely for the money, being £16,000 in debt. She also claimed to have taken tips from Agatha Christie novels, which are quite popular in Iran. Agatha Christie visited the country several times and even used it as the setting for one of her stories, “The House of Shiraz.”

Mahin was sentenced to death and was hanged in a prison in Qazvin. 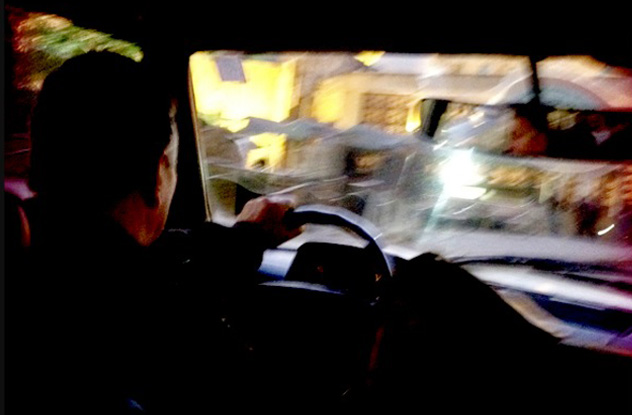 Brothers George and Michel Tanielian killed 11 people, mostly taxi drivers, in Lebanon’s Metn district, earning themselves the nickname “The Taxi Driver Killers.” They boarded taxis at night, and George would sit in front beside the driver while Michel would sit at the back. Once they got to a remote location, George would tell the driver to pull over so that he could relieve himself. As soon as the driver pulled over and George began to exit the vehicle, Michel would shoot the driver in the head. They’d then rob the body and set the car on fire.

Sometimes, they’d dump the body by the roadside and use the cab to carry other victims, whom they also robbed and killed. Lebanese intelligence officers once went undercover, posing as taxi drivers to catch the brothers. An agent once engaged them in a struggle, but they managed to escape.

The pair were arrested after police tracked a victim’s phone that they’d sold. Along with the two of them, police arrested three other brothers as suspects, until Michel confessed during questioning that he and George had carried out the killings. George and Michel were charged before a military court and were sentenced to death. 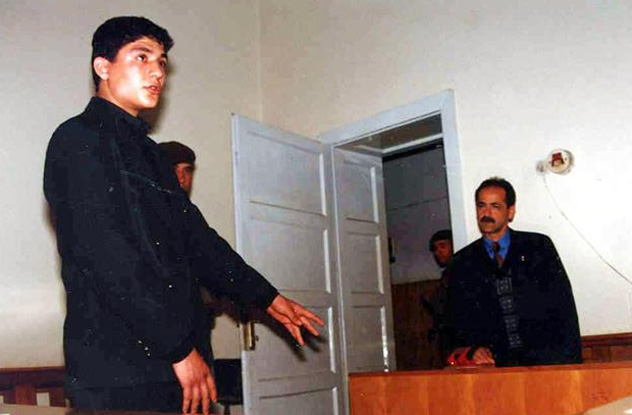 He committed his first murder at the age of 18, killing his uncle. He was sent to prison but was released in March 2012, having been declared mentally unstable. He then killed three people and injured two others because they testified against him in court. He also killed one more person in his parents’ house.

He was rearrested in November 2013 and sent back to prison, but he escaped the following January during visiting hours. The moment Ali Kaya’s escape was discovered, the Police and Gendarmerie launched a manhunt.

Ali Kaya fled to Turkey’s Mesin and Adana provinces and probably tried crossing the border into Syria. He was later caught in a friend’s house in Antalya. With him were a gun and a list of 10 more people he was planning to kill.

Saeed Hanaei’s murders were known as “The Spider Killings” because he wrapped the bodies like a spider. All of his victims were prostitutes whom he picked up from the streets of Mashad, Iran. He took them to his house, where he strangled them with their headscarves and wrapped their bodies with their chadors. He then dumped their bodies on the streets. Once the body was found, Saeed would return to the scene and even help police in carrying the corpse into an ambulance.

Police found 19 bodies, and Saeed claimed responsibility for 16 of them, saying he’d have killed as many as 150 had he not been caught. He claimed to have started killing prostitutes after a driver mistook his wife for one. He described prostitutes as a “waste of blood,” as worthless to him as cockroaches.

The killings won Saeed many fans who said he fought indecency and vice. His 14-year-old son even defended him in court, saying his father was “cleaning the Islamic Republic of the corrupt of the Earth, and many would replace him if he was killed.” The boy claimed 20 people had told him to continue his father’s work, but he’d told them, “Let’s wait and see.” One fact that Saeed’s supporters didn’t realize was that he actually had sex with most of the prostitutes before killing them.

Saeed Hanaei was sentenced to death and was hanged on April 17, 2002. 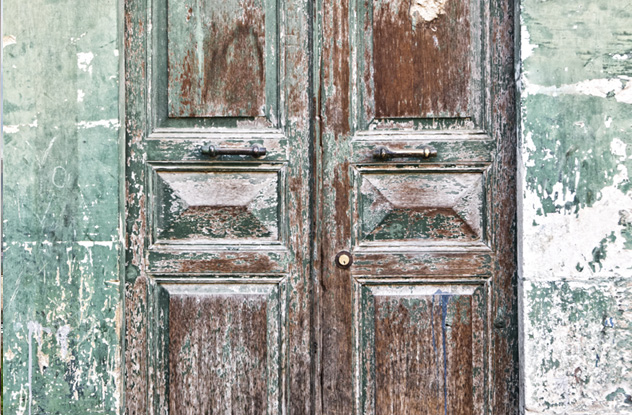 Between 1994 and 1998, Bilal Musa and his wife Susan Ibrahim allegedly murdered 12 people in Jordan. They posed as journalists and salesmen to trick unsuspecting victims into their house, where they robbed and killed them. Bilal and Susan both fled to Libya in 1998 after their scheme was discovered, but they were arrested and extradited back to Jordan.

But in 2005, after Bilal’s execution, serial killer Zuhair Khatab confessed to killing one of the victims. A witness, who happened to be Musa’s friend, now claimed Musa had been tortured during questioning and coerced into claiming responsibility for that murder. The court, however, insisted that Bilal did actually kill the victim because his confession was consistent with evidence police had found at the murder scene. 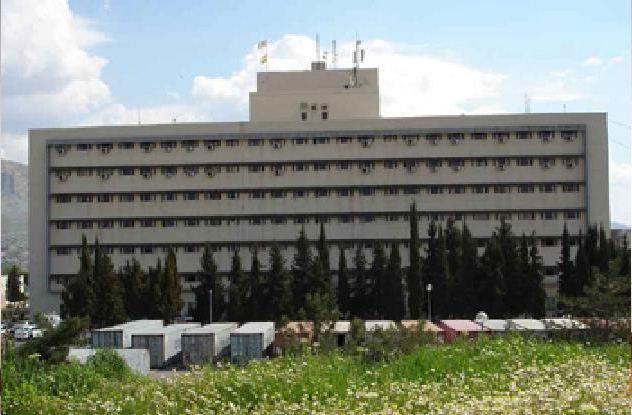 Louay “Doctor Death” Al-Taei killed 43 patients at a hospital in Kirkuk, Iraq over the course of six months, starting in October 2005. All of his victims were Iraqi soldiers and policemen brought to the hospital for treatment. He killed them by switching off their breathing machines, cutting off electricity from operation theatres, reopening their wounds, or injecting them with lethal drugs.

Al-Taei carried out the killings for the Iraqi terrorist group Ansar Al-Sunna, which paid him $100 per kill. He also treated members of the group, helped them escape from hospitals, and taught them how to forge documents. These papers let them claim they’d been shot by US troops, making them eligible for treatment in a hospital in Mosul.

His first victim was an Iraqi police Lieutenant Arjuman, who was recovering after undergoing surgery. Al-Taei sneaked into his ward at night and switched off the oxygen supply. Ten days later, he killed four Iraqi National Guards by injecting them with Valium, Voltaren, and Decadron. Other victims included Kirkuk’s Deputy Police Director and his brother, a soldier.

Al-Taei was arrested in March 2006 after a captured senior Ansar Al-Sunna commander gave him up. 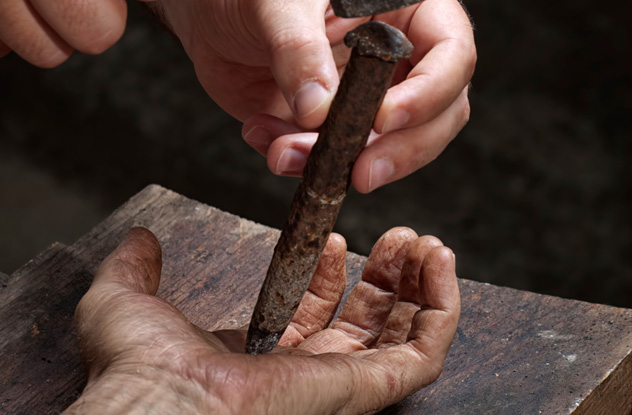 A Saudi Arabian man simply identified as Awdhah killed three Asian housemaids in Saudi Arabia between 2010 and 2012. While he killed fewer people than anyone else on this list, he got the most gruesome punishment—crucifixion.

The man picked his first victim up from a street in Yanbu city and took her to his guest house where he beat, raped, and dismembered her. His second victim, picked up in a car park and taken to an isolated area of the city, received the same treatment. Victim number three escaped before he could rape her, but he caught up to her in time to kill her anyway. 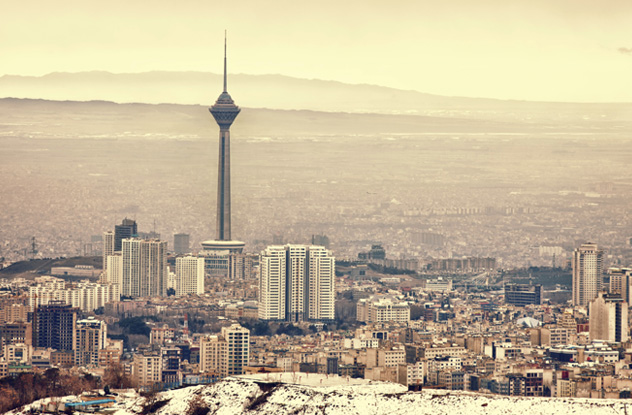 Nicknamed the “Tehran Vampire,” Ali Reza Kordiyeh was sentenced to death in 1997 for raping and killing nine girls and women in the city within four months.

He posed as a taxi driver to collect female victims, and he burned their bodies to make identification difficult. He once raped and killed a woman along with her nine-year-old daughter. He stabbed another victim 30 times.

Kordiyeh was arrested at a shopping mall for behaving suspiciously and was only identified as a serial killer after his features matched a sketch provided by two would-be victims who had escaped. He was sentenced to death 10 times over and was also flogged 214 times.

He was publicly executed close to where he had killed his victims, his execution attended by 10,000–20,000 people. Many slept at the site overnight. Some even climbed electric poles to get a better view. About 1,000 policemen controlled the crowd, and several streets were closed, causing a 3-kilometer (2 mi) traffic jam.

Ali Reza arrived at the execution grounds in an unmarked police vehicle, wearing a green prison uniform. Before his hanging, he was tied to a metal bed, and male relatives of his victims whipped with a leather belt. The crowd counted the strokes loudly.

Some of the execution methods employed on this list scared Elizabeth, and she advises you to stay away from crime.