Although sacred texts are a key part of religious life, most people have only heard of the most well-known ones. However, archaeologists and scholars have discovered many obscure but interesting religious texts, including some from ancient and postmodern times. 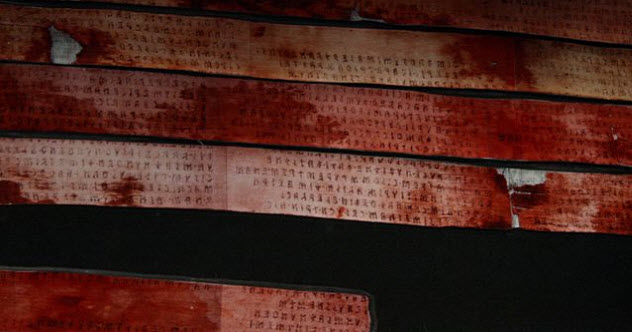 Although not used by any existing religions, the Liber Linteus is an important text for studying ancient religions. Discovered in the 19th century, it is the earliest text from the Etruscans and the only linen book that archaeologists have found. Since the Etruscan language is still poorly understood, study of the Liber Linteus is an ongoing process.

A Croatian explorer had discovered an Egyptian mummy buried with the book. Further research by linguists revealed that the text was Etruscan, which was the first mystery that baffled researchers. Why would an Egyptian mummy have an Etruscan book? They also faced the problem that nobody could read the book.

Over time, our understanding of the Etruscan language has improved but just barely. Researchers have deciphered only a few phrases from the book. It talks about various religious rituals, emphasizing when and how to perform them.

With that knowledge, anthropologists now believe that the Liber Linteus has religious importance. When more of it is translated, it may give us an unprecedented look into the religion and society of the Etruscans.

9 The Writings Of Franklin Albert Jones 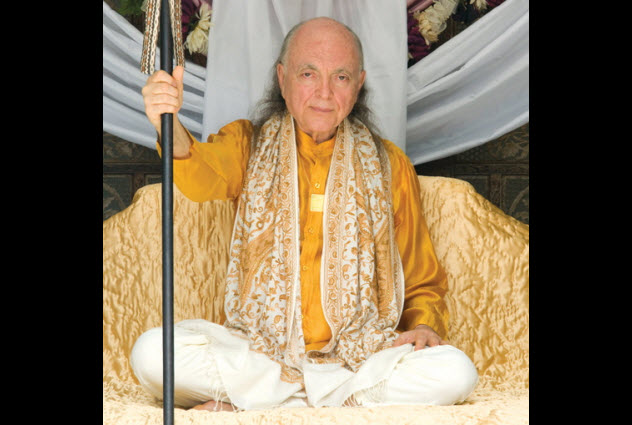 Franklin Albert Jones was a supposed mystic who formed a religion around his teachings in the 1970s. In his early life, Jones practiced a number of religions, including Christianity and Scientology. Eventually, he claimed to achieve his own spiritual enlightenment and changed his name to Adi Da. In 1972, he published a book called The Knee Of Listening and began to attract followers.

During the time that he led his religion, Adi Da wrote prolifically about his doctrine, even founding his own company to print the books. His religion, Adidam, included a variety of beliefs that combined New Age mysticism with ideas from various Eastern religions.

For his followers, the books became sacred texts that would guide their lives. Through the books, his followers learned the seven steps to enlightenment and spiritual mastery. Even people who did not specifically believe in him praised Adi Da’s works.

In the 1980s, Adidam received bad publicity when allegations of sexual assault, brainwashing, and false imprisonment surfaced. Lawsuits forced Adi Da into hiding until the 2000s, when he briefly reemerged before dying of a heart attack. His books are still sold today and are sacred to his remaining adherents. 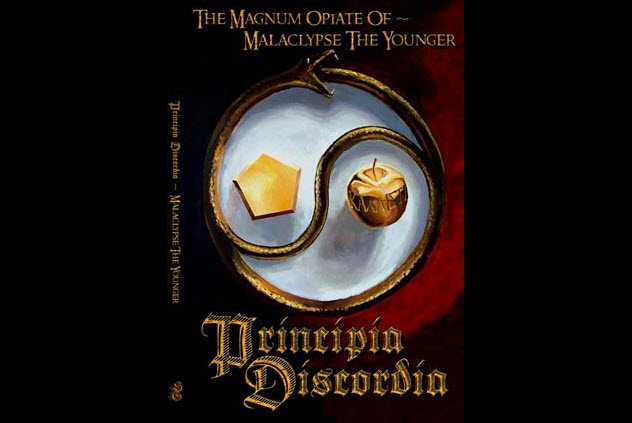 Discordianism is a 50-year-old religion that worships Eris, the Greek goddess of discord. Supposedly, Eris appeared to founders Greg Hill and Kerry Wendell Thornley in the form of a monkey and told them to start a religion around her.

The Discordian belief system evolved into a conglomeration of themes from postmodern philosophy, Eastern religion, and counterculture movements. Hill and Thornley wrote a book of scripture for their religion called the Principia Discordia.

Key to their belief system is the Pentabarf, five rules that all Discordians must follow to worship Eris. Throughout the Principia Discordia, there are other doctrines, such as the division between order and chaos and the idea that everything in the universe happens in sets of five. Well received by believers and outsiders alike, the Principia Discordia became a popular text in counterculture movements.

7 The Charge Of The Goddess 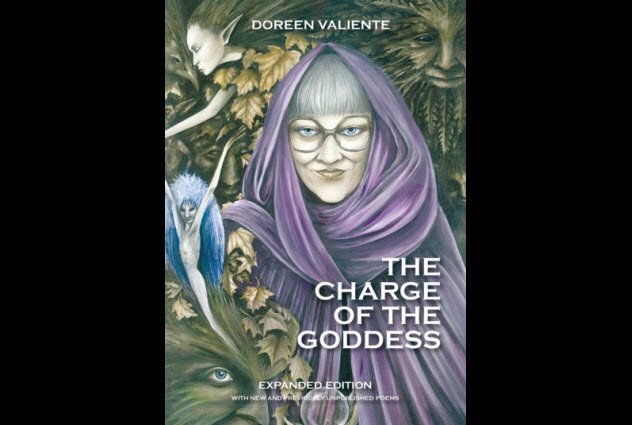 Sourcing The Charge Of The Goddess is difficult because its contents are found in a variety of Wiccan texts. In 1940, Gerald Gardner published a version of the book that drew from other editions. Gardner’s version relied heavily on similar statements written in magic books during the late 19th century.

Those earlier sources were probably influenced by similar ideas in Freemasonry. However, Gardner’s version is different because it is succinct and used as a theological statement.

Although nobody knows exactly when The Charge Of The Goddess originated, it is now a key aspect of Wiccan religion that is used by most covens. Poet Doreen Valiente modified the text from prose to verse, which made it easier for covens to use without making significant changes to the Gardner version. 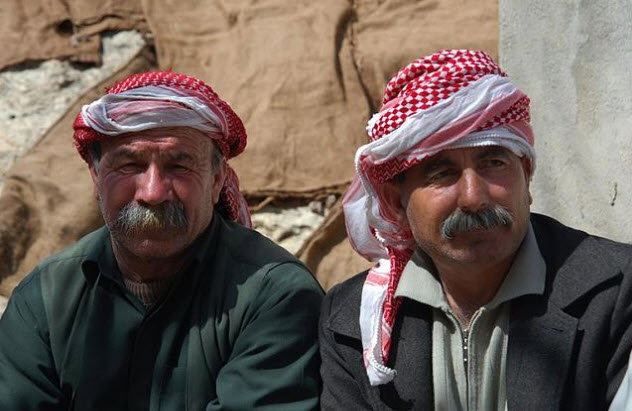 The Yazidis are a small religious and ethnic group in the Middle East. They are most prominent in Iraq. For years, the Yazidis have endured persecution from Islamic governments because their religion is often seen as a form of devil worship.

The Yazidi religion is not well-known and has some problems when it comes to religious texts. Followers venerate two books, the Black Book and the Book of Revelation.

The Black Book acts as a codification of the religion that describes Yazidi religious beliefs and traditions. The first part gives an account of the Yazidi creation myth, which begins with the creation of a white pearl and the peacock angel Tawsi Melek.

After that, the book seems similar to Islamic accounts of the ancient world but diverges into a discussion of the ancient Yazidi kings. Throughout the book, the Yazidis learn religious practices like the five daily prayers as well as how to avoid sins against the Earth.

Even today, most Muslims do not trust the Yazidis. Although some Yazidi religious practices found in the Black Book are similar to Islam, the book also describes a detailed caste system and includes doctrines like reincarnation. Thus, the Yazidi religion is considered a mixture of Islamic and pre-Islamic beliefs. 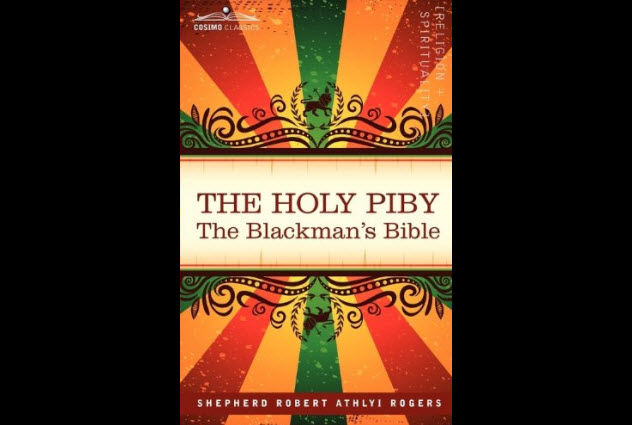 The text names the Ethiopians as God’s chosen people. Throughout The Holy Piby, author Robert Athlyi Rogers preached self-determination for Africans, which was a key selling point for African communities in the early 20th century. When writing the text, Rogers intended to use it for his own African religion. However, the book’s popularity spread and became the foundation for Rastafarianism.

One of the most influential aspects of The Holy Piby is the naming of Jamaican political leader Marcus Garvey as one of the apostles of God. The text also led future Rastafarians to believe that Emperor Haile Selassie I of Ethiopia was the Advent of Jesus Christ. Over time, other texts overshadowed The Holy Piby, but it remains an important sacred text in the history of the religious movement that it spawned. 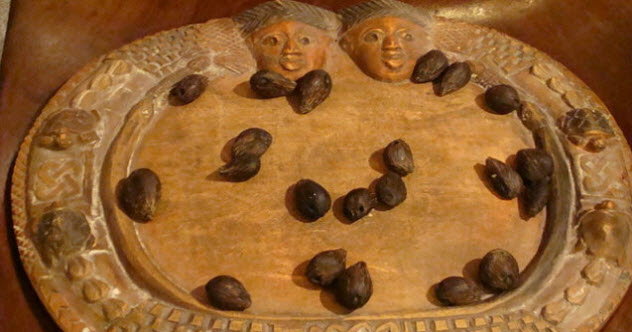 Ifa is a system of divination in traditional African religions that has emerged as a semi-independent religious theology. Practitioners of Ifa mainly live in Africa, the Caribbean Islands, and some parts of the Americas.

They use their sacred text, the Odu Ifa, to complete their divinations. The Odu Ifa is unique in that it is a religious text and a key to occult signs of future events.

The story goes that God gave a system of communication, the Odu Ifa, to one of his orisha, which is a manifestation of God in traditional Yoruba theology. A person using the Odu Ifa tries to determine the events of the future. There are 16 essential life situations that are divided into 16 variations, creating 256 possible outcomes for any future event.

A practitioner of Ifa uses a special divination tray to figure out which of the 256 outcomes that person will experience. Each of these outcomes corresponds to a verse in the Odu Ifa that gives a person specific knowledge of what to do in the future. 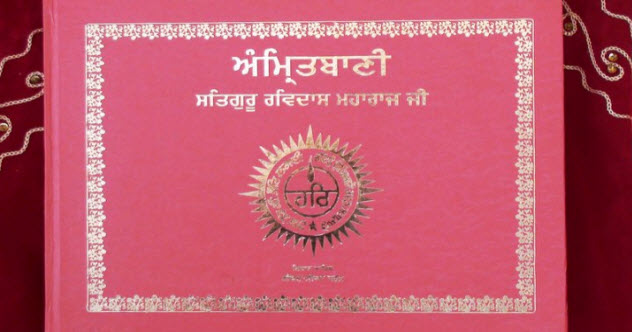 The Ravidassia religion follows the teachings of 14th-century Indian guru Ravidass but only became a cohesive belief system in the mid-20th century. Since then, the Ravidassia community has been in conflict with the Sikhs, mainly due to theological differences.

In 2011, adherents of Ravidass published the Amritbani Guru Ravidass Ji, a holy book comprising all the teachings of Ravidass. This is when the religion transformed into a body of organized teachings.

The Amritbani Guru Ravidass Ji is mostly composed of hymns that preach the theology of Ravidass. The main themes are the oneness of the human spirit with God and the key to achieving moksha (release from suffering). The teachings also have a social aspect that helps people to deal with social injustice.

As of early 2016, there are almost one million adherents of Ravidass. The publication of a sacred book has helped the religion’s followers to spread their teachings around the world.

2 The Gospel Of The Prophet Mani 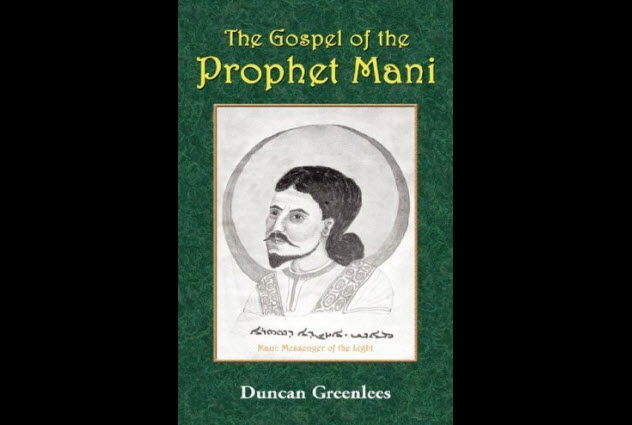 In the third century, the religious Western world experienced a struggle between Christianity and paganism. But history books tend to ignore Manichaeism, a third option in this religious conflict.

Mani, a purported prophet sent from God, started this religion in what is now Iran. Although much of the information about this religion has been lost to history, archaeologists have discovered The Gospel Of The Prophet Mani, which was the religious text used by his followers.

Like other Gnostic teachers, Mani believed that the key to salvation was through knowledge. This theme permeates his gospel. Throughout the book, Mani teaches that a spiritual person can gain knowledge in this world to save their soul in the world to come.

Mani viewed the world as being composed of only two main ideas: darkness and light. Everything else was an extension of the conflict between those two extremes.

From archaeological finds, it is clear that adherents used The Gospel Of The Prophet Mani in liturgical settings. They considered it the direct word of God even though Mani was never clear about the divinity of his book.

Manichaeism became one of the most influential Gnostic religions, spreading all the way from China to parts of the Roman Empire. As Christianity began to take over the Western world, Manichaeism gradually died off, ending around AD 1000. 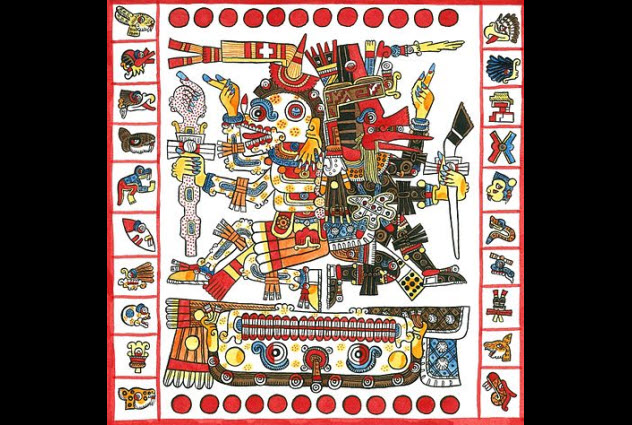 Today, common knowledge of pre-Columbian American religions is usually limited to ideas like human sacrifice and rumors about the end of the world in 2012. However, scholars are starting to learn more about a variety of interesting religions that were practiced on the American continent. A key text in this study is the Codex Borgia, a Mesoamerican religious manuscript discovered during the Spanish conquest of the Americas.

Due to problems with deciphering parts of the codex, there is an ongoing debate about the origin of the Codex Borgia and similar manuscripts. All we know is that they are from Mesoamerica and detail a variety of calendars and religious observances for adherents.

Much of the codex focuses on astronomy and divining the will of god from the stars. However, it also details many aspects of religious life, including various festivals as well as different gods and their relationships to humanity. The text even tells followers how to decide if their marriage will be a good one.

Interestingly, the codex provides keys to seeing the signs of the gods in everyday life. Like other ancient religious texts, scholars are still trying to more fully understand the Codex Borgia.

Zachery Brasier is a physics student who writes on the side. Check out his blog at zacherybrasier.com.