Other than the handful of people born with conventionally-attractive features, most of us don’t know what makes us attractive to the opposite sex. It can be something as minor like how we do our hair, or something obvious like how recklessly we drive.

The same is true for our unattractive features; things that negatively affect our attractiveness with a potential partner. While we can’t do anything about most of these, we can take some comfort in the fact that physical appearance isn’t the only thing making us unattractive.

10 Smelling Similar To You 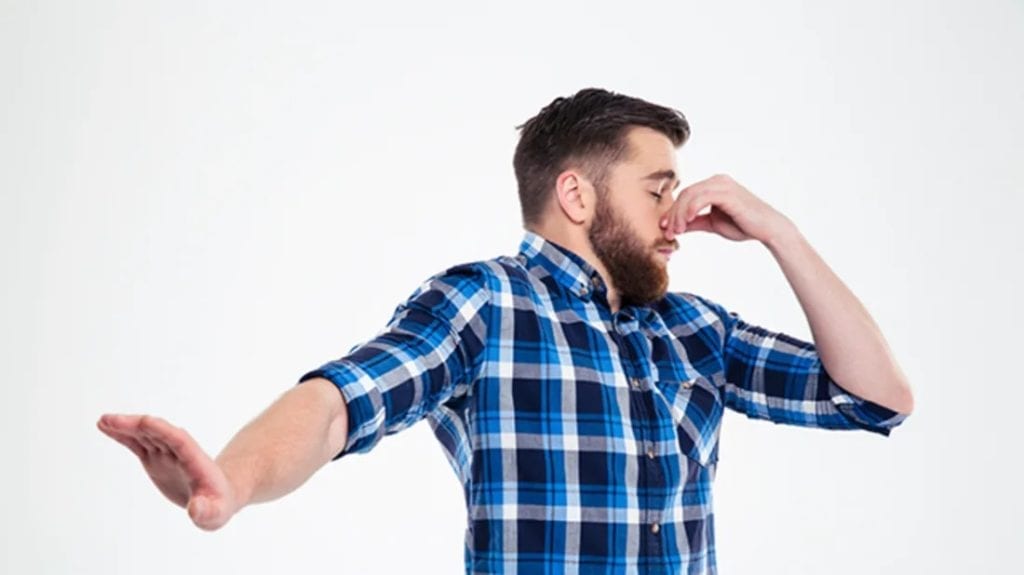 Many studies have confirmed that smell plays a crucial role in social interactions, especially those of the romantic kind. How you smell directly influences the outcome of your dates, as smell is intrinsically related to health and hygiene. Bad odor indicates that you’re more prone to bacteria and parasites, which lowers your rating as a prospective mate.

That’s not it, as smell affects attractiveness in other, less obvious ways, too. Many researchers and scientists have found that we tend to find people who smell similar to us to be less attractive. While it may sound weird, it makes perfect sense. We’re evolutionarily designed to avoid mating with someone from the same genetic lineage. It’s an evolutionary mechanism to make sure that you don’t accidentally get it on with a distant cousin.[1] 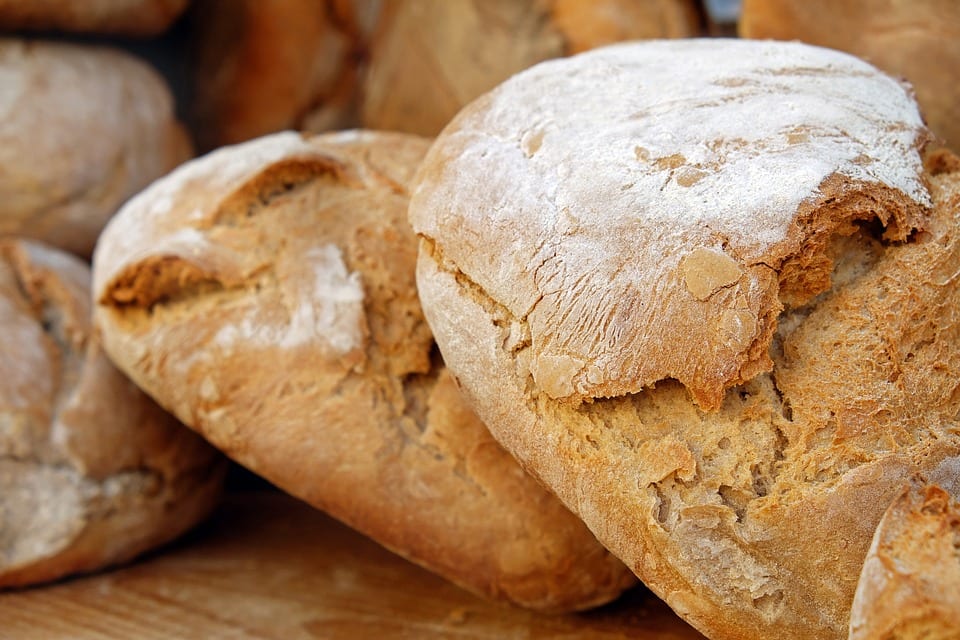 We don’t assume food to have any effect on attractiveness, other than whatever you end up eating on the date. Even then, the only way it can have any effect is if you have a piece of it stuck in your teeth, which may put some people off.

If one study is to be believed, what you eat affects attraction in other ways, too (at least in the case of women). It found that men who ate a lot of vegetables and fruits smell better to women than the ones with a lot of processed carbohydrates – like pasta and bread. Moreover, men with a meat-heavy diet weren’t found to be any more or less attractive than others.[2] 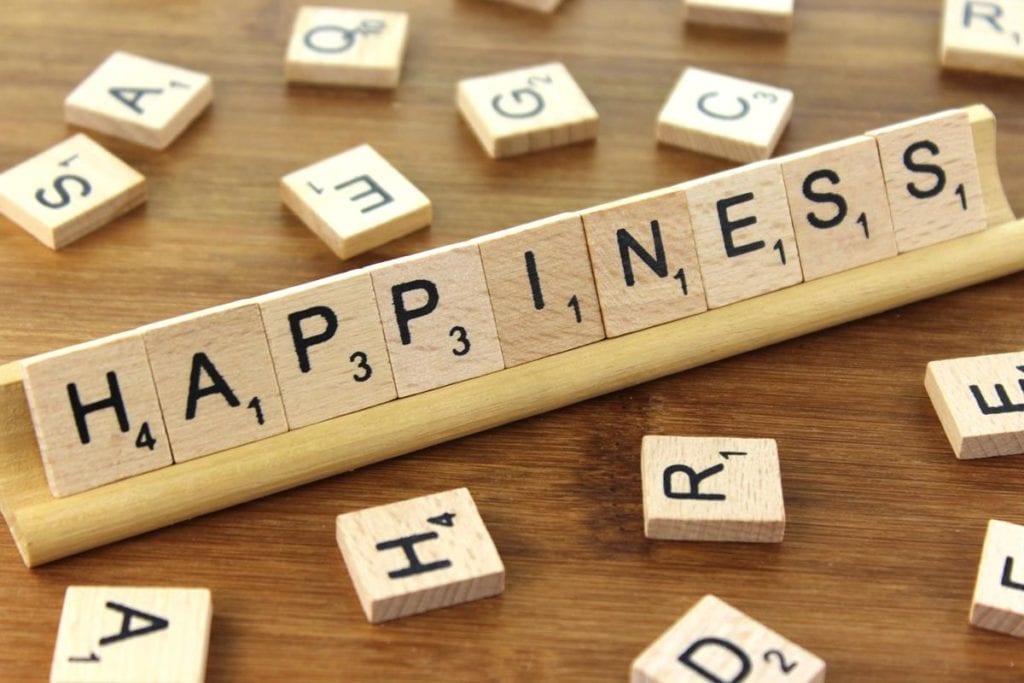 Instinctively speaking, being happy sounds like a definite positive in the dating scene. It tells a potential partner that things are going well in your life, as well as indicates mental and financial well-being. If we were to conduct research on the subject, most of us would assume that happiness would be found to be directly related to attractiveness.

According to science, though, that’s really not the case, at least in case of women. One study by researchers at University of British Columbia found that on first glance, men who come across as happy or smiling are much less preferred than those with a more brooding appearance. Surprisingly, it’s the exact opposite for men, who find smiling women to be more attractive than others.[3] 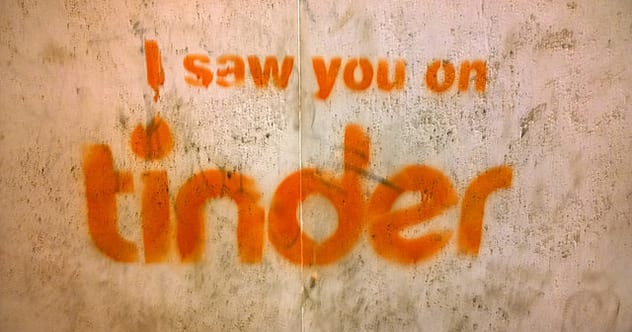 We’ve known that our body posture and how we physically present ourselves affects many parts of our life, like job interviews and showdowns with beasts of nature. Appearing bigger and more expansive than we usually are indicates strength and confidence, and it may just be the factor that gets you your next job (or keeps you alive in a gruesome jungle encounter).

While we don’t think that the same should apply when it comes to romantic pursuits – as the dynamics are totally different there – studies have found that it does. In one study, they found that Tinder photos with expansive body language score much higher than those with more contractive features. Surprisingly, the results were uniform for both men and women.[4] 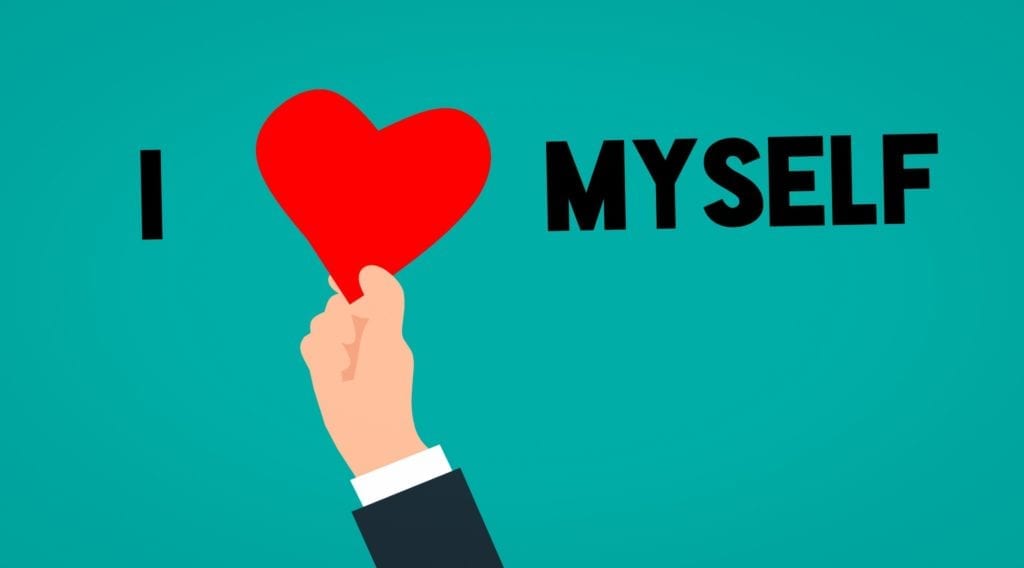 Online blogs and dating magazines have been telling us the benefits of appearing confident since they’ve been in business. Confidence suggests that you know what you’re doing and aren’t afraid to ask for what you want, both important qualities to sustain a relationship.

If some studies are to be believed, however, confidence may not be such a desired trait. It’s not just one study, either, mounting research on the subject suggests that people find humility to be more attractive than outright confidence. We’re not even talking about overconfidence; test subjects have routinely preferred humility over any level of confidence, as it indicates that you’d treat your partner well and be more accommodating in the relationship.[5] 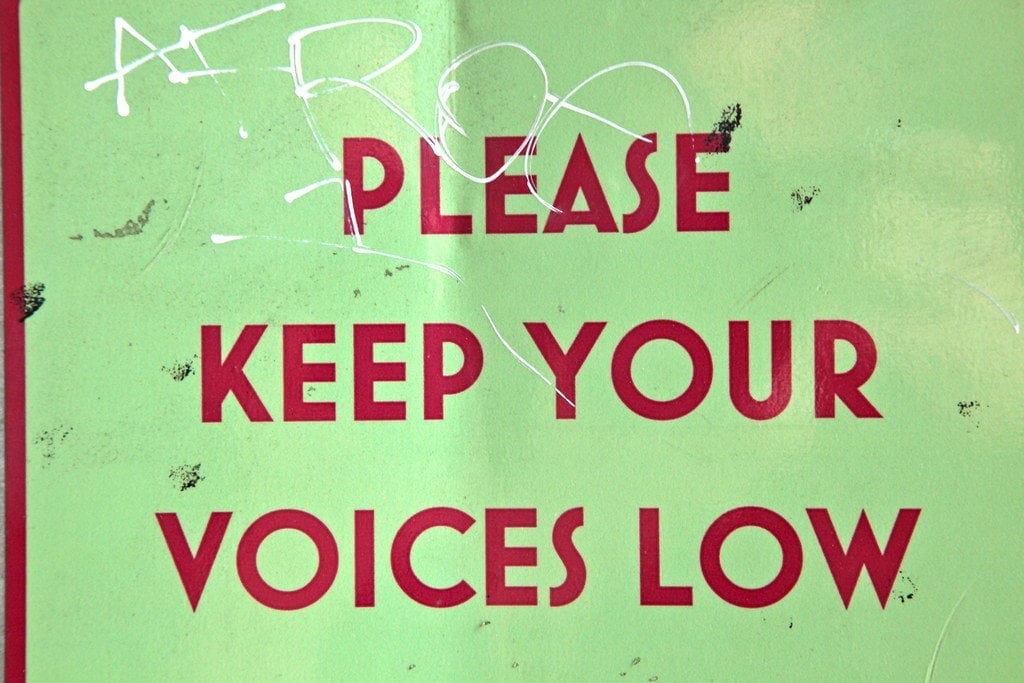 Apart from people who obviously sound annoying, how we sound shouldn’t affect our attractiveness. It’s highly subjective for most people, too, as everyone finds different types of voices to be more attractive.

While research on how our voice affects our dates has been limited, there have been some studies that prove that it’s not as subjective as we thought. In one of them, researchers found that men prefer women with a small body size and high-pitched voice than others. Conversely (and unsurprisingly), women find men with a lower pitch to be more attractive, as it indicates a bigger body size and higher strength.[6] 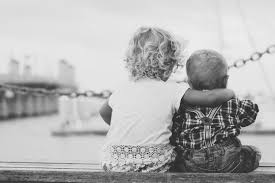 It’s no surprise that older men are popular among young women. They’ve had more time to accumulate resources and desirable traits than their younger counterparts, as women instinctively look for the ability to provide in a romantic partner. Where it gets unclear, though, is when the women are older, too.

Common sense would suggest that older, more successful women would go for the younger guys, for the simple reason that they no longer have to give up on the attraction of youth for the ability to provide for their family. Surprisingly, that’s not the case. According to one study, older men are overwhelmingly preferred among older women, too, even – and especially – in the case of high-earning women.[7] 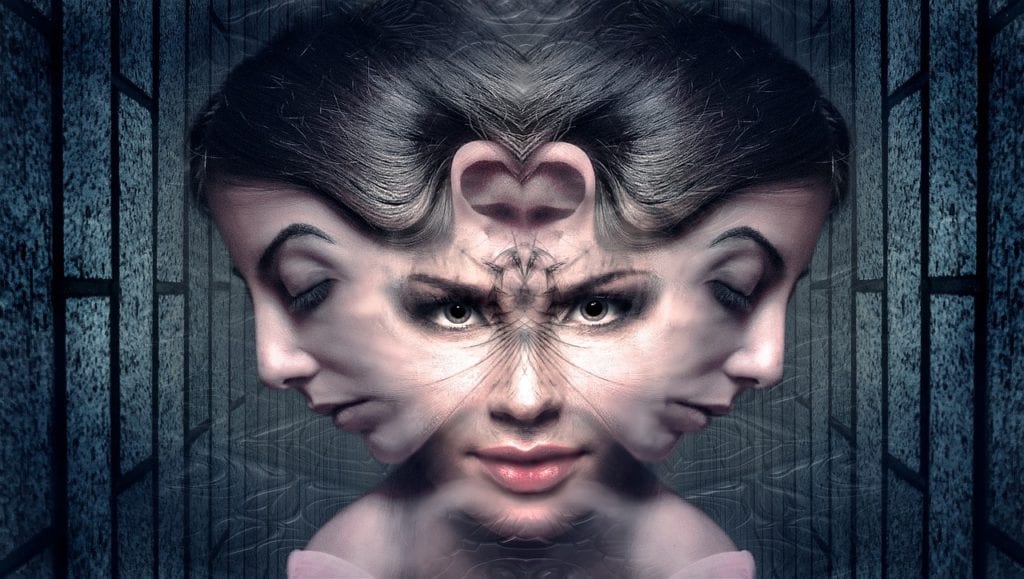 Common wisdom says that symmetry is an attractive trait to have. It’s associated with low levels of parasites and genetic problems, which should make people with perfectly symmetrical faces and body structure better partners. It makes sense, too, as symmetrical faces – on paper – sound like they’d be more attractive than asymmetrical ones.

If you look at studies on it, though, you’d find that symmetry isn’t all that it’s hyped up to be. Research has found that less-symmetrical faces are rated to be more attractive, which presumably came as a surprise to them. They think it’s because asymmetry gives your face more character and range of emotions, as opposed to one-dimensional symmetry that may make you seem unemotional.[8]

2 Too Much Or Too Little Facial Hair 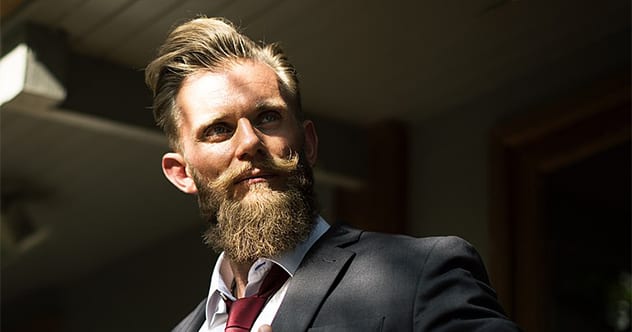 Exactly how much beard is attractive has varied over time. Everything from completely clean-shaven to growing your beard out to look like you live in the jungle has been in fashion at some point or another. Unanimous opinion on it, however, has eluded us till now. 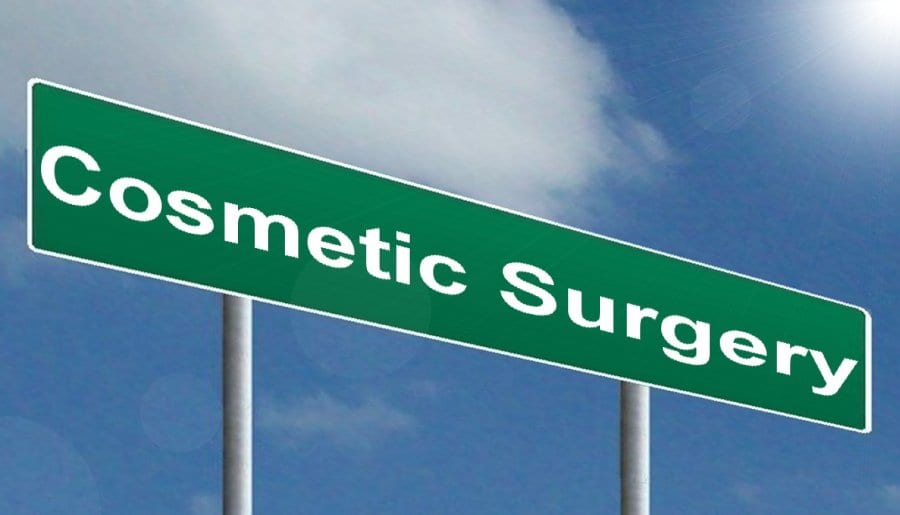 Cosmetic surgery has earned some bad rep over the years, mostly due to those horrible Botox jobs we keep seeing on TV. We may not realize it, but it has revolutionized medicine, too, as corrective surgery also helps people literally get their faces back after accidents (to an extent). It has also allowed us to finally have the tech to fix our natural flaws – like bad looks. A well-done nose job – say – is indistinguishable from the real thing, as long you keep it at that and don’t get multiple surgeries.

While you’d think that people would find it more attractive, studies have found that it’s not the case As a researcher from Massey University discovered, women find models with facial surgery to be less attractive than others. According to them, it may be due to women instinctively perceiving other attractive women as evolutionary competition. Unsurprisingly, whether or not the models had any surgery had no effect on the men, who found them hot regardless.[10]


Now that you know what makes you unattractive to others, check out 10 Surprising Things That Make You More Attractive. And if that doesn’t work, give this a shot: 10 Ways Being Attractive Can Work Against You