“It’s bad for you.” Whether referring to physical or moral detriment, that accusation has been levied at many new fads, discoveries, and inventions over the years, although already established things have sometimes been decried as well. Many such claims were unnecessary, and some were completely made up. 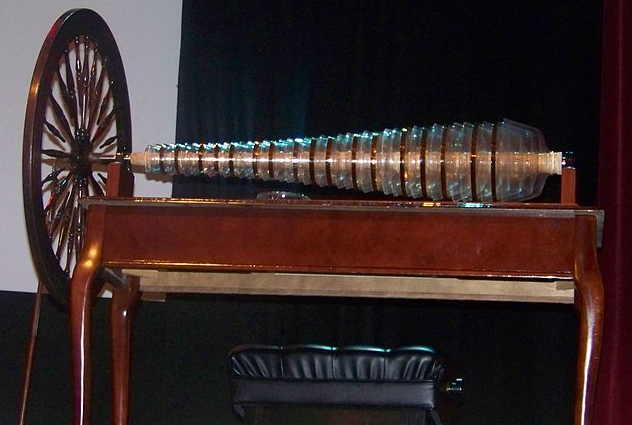 The glass armonica was invented by Benjamin Franklin in 1761. It was widely played by musicians and famous composers; Mozart and Beethoven even wrote lines for it. Things began to go downhill for the instrument when musicians playing it began to complain about its vibration, which they claimed entered their bodies through their fingers and left them with mental illness and muscular pain. The complaints were so serious that some musicians even stopped playing it. Some of their complaints may have actually been true, as the armonica might have contained lead, and the symptoms that the musicians experienced were similar to lead poisoning.

Listeners, too, were not left out. They claimed that the music angered the dead and could make the living run mad. Superstition surrounding the armonica hit an all-time high after a child died during a recital. This led to a ban on the instrument in several towns. Despite the complaints and superstitions surrounding the glass armonica, Benjamin Franklin continued playing it until he died, and he never experienced any of the symptoms claimed by either the players or the listeners. 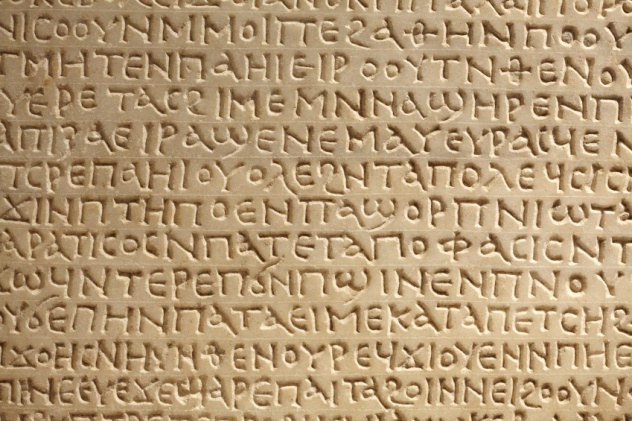 The invention of writing did not go down well with several people. Socrates argued that writing would reduce people’s ability to learn, make them forgetful, make them less dependent on our memories, replace their brains, and make them believe that that know more than they actually do. He preferred to maintain the older method of preserving knowledge, information, and literature through memorization and transferring knowledge to others by word of mouth.

According to Socrates, memorization was better, as it would make people wiser and closer to God. He also argued that people could never learn by reading a book, as learning could only be achieved by observation and practical thinking. Socrates detested writing so much that he may have never written any of his own thoughts down. What is known for sure is that no Socrates writings exist today. Everything we know about him was documented by Plato. 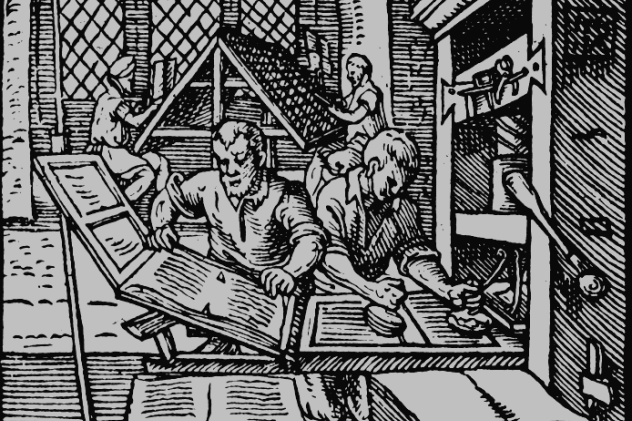 In the 15th century, the invention of the printing press brought claims that it would encourage people to break the law and make them less religious. At the forefront of the anti–printing press campaign was a Benedictine monk named Johannes Trithemius, who wrote several books that criticized the printing press and printed books while praising monks (called scribes) who wrote books by hand.

Trithemius told the monks that their writings restored people’s faith in God, and he prophesied that the printing press would soon go extinct. He encouraged the monks to keep writing and even advised them to rewrite printed books by hand, since the average printed book would not survive more than 100 years, while the parchments that the scribes wrote on would last over 1,000 years. 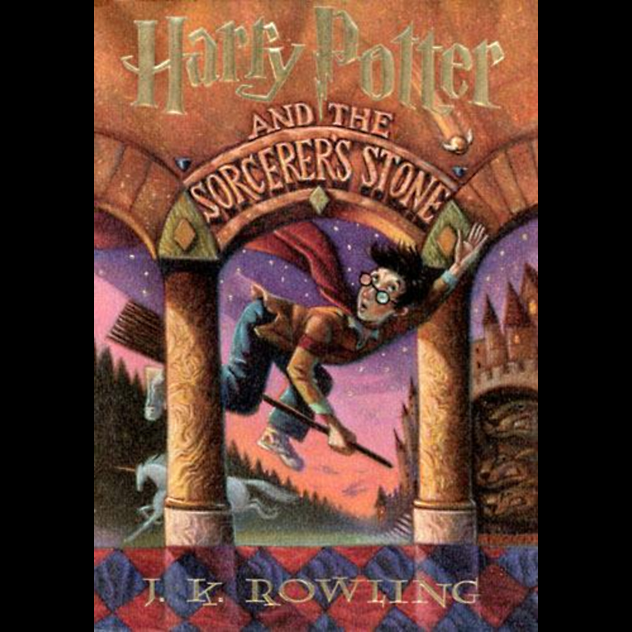 The Harry Potter novels and movies have never failed to start moral panics wherever a new one is released. These panics have been so serious that the Bush administration is said to have objected to giving JK Rowling a presidential medal of freedom, the highest civilian honor in the United States, because of the belief that her novels encouraged witchcraft and occult practices.

There’s even an hour-long documentary called Harry Potter: Witchcraft Repackaged; Making Evil Look Innocent, which claimed that the mark on Harry Potter’s forehead is really half of a swastika. The Vatican’s official newspaper claimed that Harry Potter was dangerous for children. A satirical website once fueled the moral panic further posting an article claiming that Harry Potter supported witchcraft. Members of the anti–Harry Potter movement, including religious organizations, quickly quoted the article, which they used to criticize not only Harry Potter, but other similar novels as well.

MINIONS’ ORIGIN AND THEIR RELATION TO NAZISM? JULY 23, 2015 (EXPLAINED)

Minions—those small, funny, yellow, one- or two-eyed characters from the animated movie Despicable Me, became innocent victims of a moral panic when a Twitter user posted a photograph of children dressed in Minion-like costumes. According to him, the children were called minions and had been used for Nazi gas experiments during World War II. They had also inspired the Despicable Me Minions, both in name and costume.

His claims were busted when it was revealed that the photograph was taken at the beginning of the 20th century and not during World War II. The supposed minion costume was also revealed to be an experimental suit meant to allow sailors escape from sinking submarines. However, there are doubts as to whether the suit worked since it was too big. Even if it did work, it was never adopted for use, since the suits took up too much storage space in submarines. 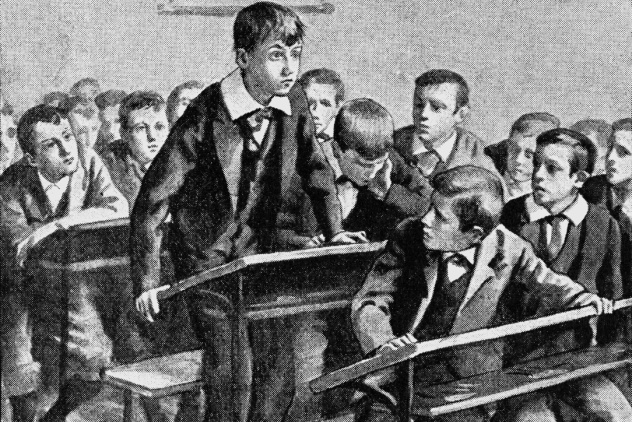 Today, the average US school is open for 180 days a year. In the early 19th century, they were open for as many as 260 days a year. People claimed that the average school year was too long for children, who were too immature and weak to cope with it. They claimed that education was stressful and negatively affected children’s bodies. Doctors even warned about the side effects of children going to school, claiming that it had undesirable consequences on children’s health.

Interestingly, schoolchildren of the time were not as studious as today, and many of them often skipped school. In fact, the average child didn’t go to school more than six months a year. Nevertheless, the anti-schooling movement insisted that children must be given longer breaks between school terms rather than the short breaks that they got four times a year. Their wishes were answered when schools became standardized and the school year was shortened in the 20th century. 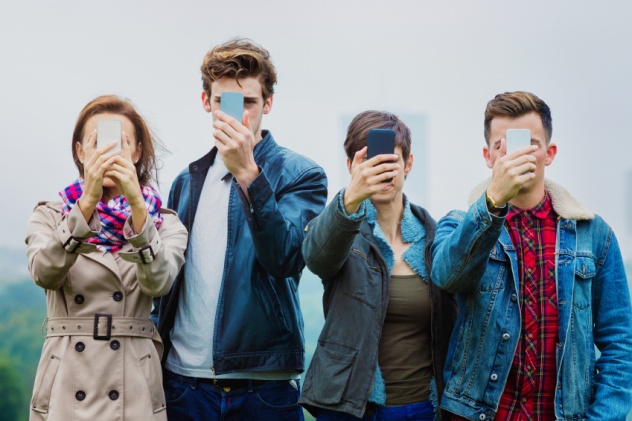 Social media sites often come under attack and are the subject of moral panics. Popular tabloid The Daily Mail even confused people and fueled the anti–social media campaign when they misquoted a psychologist’s research and claimed that Facebook causes cancer. Aside from that, social media has been accused of making people less human, since the average person is more interested in reading posts on their social media pages immediately after reading tragic news, as opposed to sitting and pondering over the news.

It’s also been said to destroy relationships, since people prefer to contact others online rather than in person. Some have even claimed it might make people think that they can make friends in real life as easily as they do on social media. Anti–social media activists have claimed that teenagers who use social media are less social and more likely to kill themselves. They’ve also claimed that such teenagers have poor judgment and are unable to understand indirect communication, such as other people’s body language. 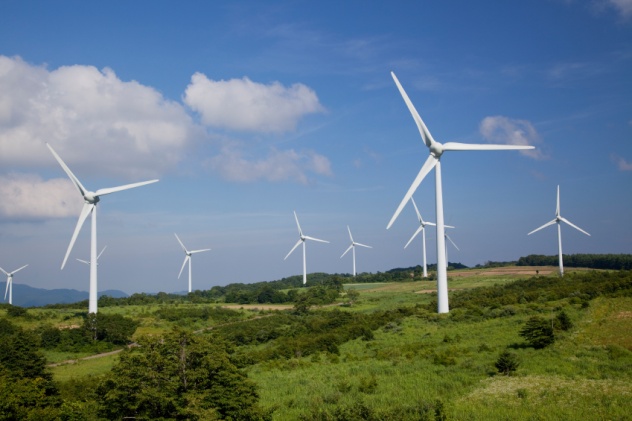 Wind turbines, and the low-pitched noise their blades make while spinning, have been blamed for several medical problems, including headaches, depression, conjunctivitis, cancer, diabetes, herpes, infertility, and high blood pressure. They’ve also been blamed for nonmedical problems like forgetfulness, frequent use of the toilet, and the poor academic performance of school students. The symptoms do not stop at humans, as animals living close to wind turbines are said to die mysteriously and to give birth to deformed babies. Sheep are said to produce low-quality wool, while chickens will cease to lay eggs.

At the time of this writing, 113 symptoms and conditions have been blamed on turbines, and the list is still growing. The name “Wind Turbine Syndrome” has even been coined to refer to the symptoms experienced by humans and animals living close to wind turbines.

The truth is that living close to wind turbines does not cause problems in people. Instead, they’re believed to be suffering from the “nocebo effect,” the opposite of the placebo effect. Simply put, people experiencing the nocebo effect start feel like they’re getting sick after being told that something is bad for them. 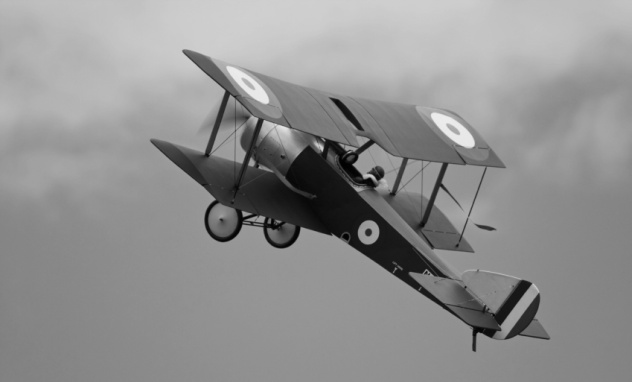 World War I–era pilots had a very short life expectancy—40 hours at most on a combat mission and 65 hours on noncombat missions. The simple reason for this is that they lacked parachutes. Parachutes were very much available, but military commanders deliberately refused to develop and provide them for combat airplane pilots because they feared that the pilots would jump out of their airplanes rather than engage in combat or try to save the airplane from crashing when it experienced problems.

The lack of parachutes demoralized the pilots, some of whom had seen their friends crash with their airplanes. Some pilots even flew with a gun so they could kill themselves if they ever found themselves hurtling toward the ground. Parachutes only became standard issue for US pilots after World War I ended. Even then, they weren’t issued out of concern for pilot safety. Instead, parachutes became standard issue because a fallen airplane was far cheaper to replace than a fallen pilot. 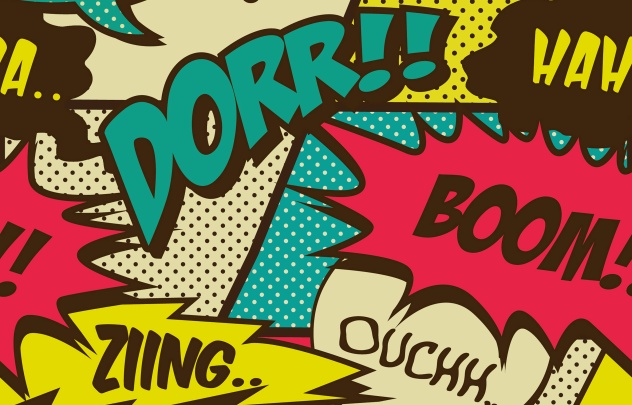 Comic book critic Dr. Frederic Wertham caused a moral panic in 1954 when he published his book, Seduction of the Innocent, in which he claimed that comic books were responsible for an increase in crime. In reality, his book was just one of the many times that comic books have been at the center of moral panics. In fact, 14 years earlier, a man named Sterling North said that they promoted sex, crime, and violence.

In 1950, the United Nations Educational Scientific and Cultural Organization (UNESCO) criticized the mass media, especially comic books, claiming that they had a negative influence on children and should not be readily available to them. The United Nations also criticized comic books in 1952, claiming that they threatened world stability. Superman himself was even criticized for having a small brain and dressing poorly, while all other superheroes were said to be lazy opportunists who all suffer from post-traumatic stress disorder (PTSD).