North Korea’s pint-sized dictator is a master of propaganda and social manipulation, but he also apparently suffers from insecurity, delusion, and severe OCD. Here are 10 “facts” about Kim Jong Il, as reported by the media. The word “facts” is in quotes because the first 5 on the list are examples of propaganda that Kim Jong Il uses to brainwash his citizens into maintaining his almost god-like image. The last 5 are actual facts. 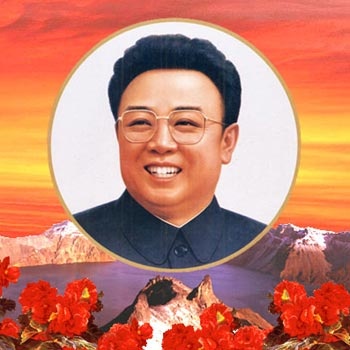 The “Fact”: He had a supernatural birth

According to North Korean historical literature, Kim Jong Il was born in a log cabin inside a secret base on Korea’s most sacred mountain, Mt. Paekdu. At the moment of his birth, a bright star lit up the sky, the seasons spontaneously changed from winter to spring, and rainbows appeared. This contradicts way less interesting Western accounts of his birth, which state the dictator was born in a guerilla camp in Russia, while his father was on the run from the Japanese. 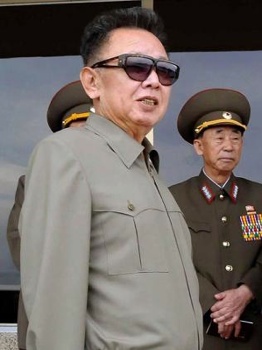 The “Fact”: He is a fashion trendsetter

According to North Korea’s newspaper Rodong Sinmun, Kim Jong Il’s iconic style has become a global phenomenon. The inspired look of his zipped up khaki tunics with matching pants has been spreading across the world, an obvious testament to his outstanding image and influence. The paper didn’t mention the popularity of the 4 inch platform shoes Kim wears, but his oversized shades definitely seem to be a big hit with the women of Hollywood.

8
Loved the World Over 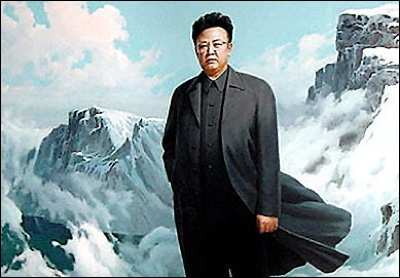 The “Fact”: The world loves him

According to state-run media, Kimg Jong Il is the most prominent statesman in the present world, and people in countries the whole planet over celebrate his birthday with films and festivals. In reality, most nations are confused by his erratic foreign policy decisions on important issues such as N. Korea’s nuclear program. 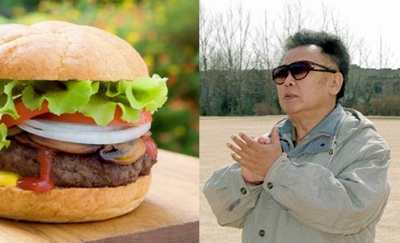 The “Fact”: He invented the hamburger

Since any American influences have long since been banned in his tiny communist country, Kim Jong Il had no choice but to create some new non-Western food by himself. North Korean newspaper Minju Joson reported that Kim Jong Il invented a new sandwich called “double bread with meat” in an attempt to provide “quality” food to university students. He then built a plant capable of mass hamburger production to feed his students and teachers, despite the fact that the majority of his citizens battle famine on a daily basis. 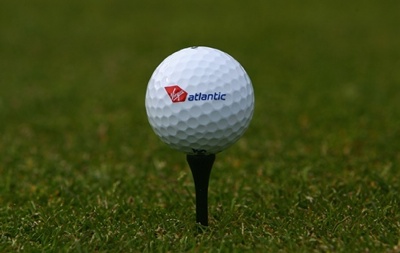 The “Fact”: He is the best natural golfer in history

In 1994, it was reported by Pyongyang media outlets that Kim Jong Il shot 38 under par on a regulation 18-hole golf course – including 5 holes in one! That score is 25 shots better than the best round in history, and is made even more amazing by the fact that it was his first time playing the sport. It’s said Kim Jong Il would routinely sink 3 or 4 holes in one per round of golf, and – lucky for the PGA – he has since given it up. 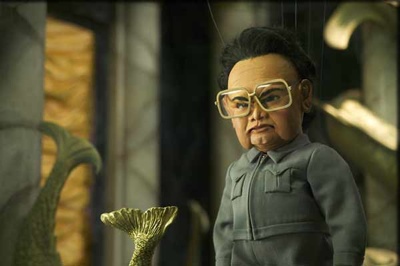 The Fact: If he gets addicted to a drug, everyone else does too

According to a book written by one of Kim Jong Il’s ex-staff members, he was once injured by falling off his horse when it slipped on loose rocks. He was afraid of becoming addicted to the painkillers that his doctors prescribed him, so he had members of his administrative staff injected daily with the same dosages he had to take. He did this so he wouldn’t be the only one hooked on the drug. 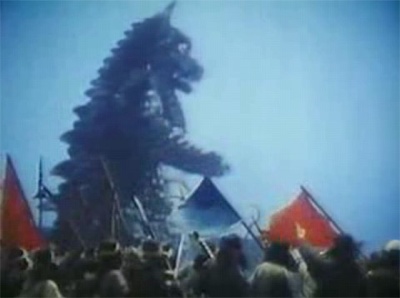 The Fact: He once kidnapped a prominent director to film a Godzilla ripoff for him

Shin Sang-ok, a South Korean filmmaker, was kidnapped by Kim Jong Il, sent to prison, and eventually forced to make a film called Pulgasari that was basically a communist propaganda version of Godzilla. After Shin and his wife managed to escape North Korea while location scouting in Austria, Kim Jong Il shelved Pulgasari and all of Shin’s other work. Kim Jong Il has since given specific instruction to his Ministry of Culture and his communist filmmakers: “Make more cartoons.” 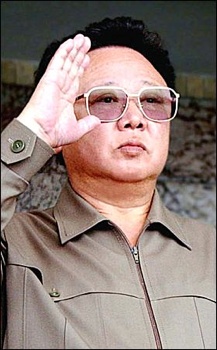 The Fact: He had disabled and short people deported from his capital

In preparation for the World Festival of Youth and Students in 1989, Kim Jong Il had disabled residents removed from Pyongyang. The government also distributed pamphlets advertising a wonder drug that would increase the height of short people. Those who responded to the pamphlets were sent away to different uninhabited islands along with the disabled in an attempt to rid the next generation of their supposedly substandard genes. 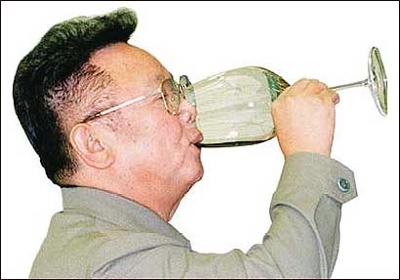 The Fact: At one time was the world’s biggest buyer of Hennessy

For a few years in the early 1990s, it was confirmed by Hennessy that Kim Jong Il was it’s best customer, spending about $600,000 to $850,000 annually on the liquor. He is partial to the Paradis cognac, which can sell for over $700 per bottle. In comparison, the average North Korean makes about $1000 per year. 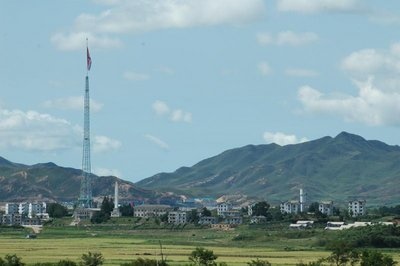 The Fact: He maintains a city that was built just to be looked at

Kijong-Dong is a propaganda city that was originally built in the 1950s by Kim Jong Il’s father right on the border, this was to display the North’s superiority to the South and also to encourage people to defect. It has no actual residents, but an extensive effort has been put forth to simulate a functioning city, including lights on set timers, and street sweepers to create an illusion of activity. The use of modern telescopes has revealed that the units lack window glass, and some buildings are just concrete shells that don’t even have interior rooms. The city also houses the world’s largest flagpole, complete with a 300lb. North Korean flag.