Memes are humorous. That’s the idea. If you’ve been on the Internet at any point ever, you’ve probably come across one. Maybe you’ve even made a few of your own and reveled in your own creative wit.

But memes don’t always turn out well for everyone involved. Several people have helplessly watched their lives ruined after they ended up in memes. Others found themselves in hot water after simply sharing memes. 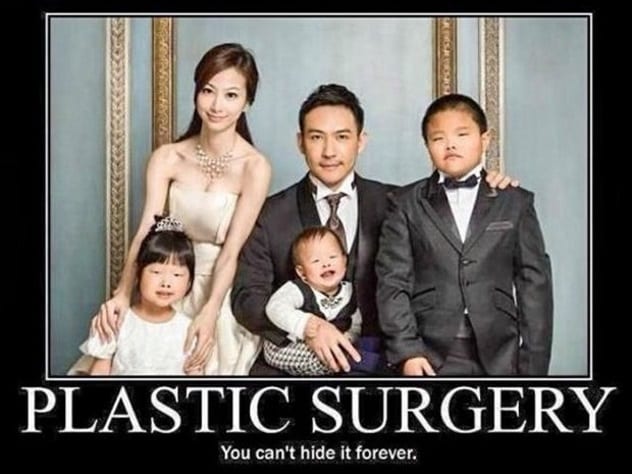 Heidi Yeh worked as a model in Taiwan—until she appeared in an ad that was turned into a meme. That meme ended up destroying her modeling career. Yeh featured in an ad for a plastic surgery clinic in 2012. The ad showed her with three children and a male model who posed as her husband.

Yeh and the man had larger eyes and noses, which people in Taiwan tend to consider more attractive. The children had smaller eyes and flatter noses, which are considered unfashionable. The ad was captioned, “The only thing you’ll ever have to worry about is how to explain it to the kids.” The idea was that Yeh had undergone plastic surgery to look beautiful.

Things started going south for Yeh after the clinic allowed another plastic surgery clinic to use the ad. This was against Yeh’s agreement with the clinic. People soon changed the copy to read “Plastic surgery—You can’t hide it forever.”

Things turned worse for Yeh after a tabloid claimed that the man in the ad was her real husband. It also claimed that the man sued her because she’d had plastic surgery before they met, and their children did not look like them. The story went viral and appeared on international blogs, websites, and tabloids.

Yeh became the butt of jokes, despite denying she’d ever had plastic surgery. The negative publicity meant few businesses wanted to work with her. She threatened to sue her agency, J Walter Thompson (JWT), and the cosmetic clinic involved. They threatened to counter-sue, claiming she’d damaged their brand.[1] 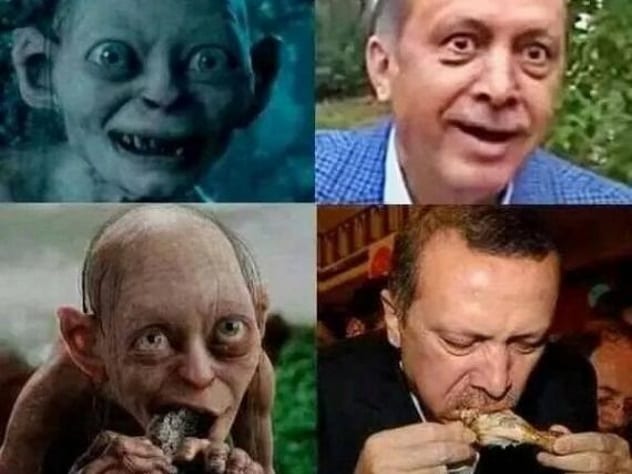 In 2015, Bilgin Ciftci found himself in trouble with the Turkish government over a meme of President Recep Tayyip Erdogan. The meme contained three side-by-side photos of President Erdogan and Gollum from The Lord of the Rings, making similar facial expressions.

Ciftci was charged with “publicly denigrating” the president and would have received a two-year sentence if he’d been found guilty. The judge, however, did not immediately make a decision because he hadn’t seen The Lord of The Rings and could not determine if the meme was an insult. So he appointed some experts to determine whether the meme was insulting.

In response, Peter Jackson, Fran Walsh, and Philippa Boyens, who were all involved in the series, issued a statement to clarify that the meme was not an insult. Gollum has two personalities: the evil Gollum and the good Smeagol. They claimed that the images used for the meme showed Gollum in his good state, meaning he was actually Smeagol. The doctor was acquitted.[2]

8 Russian Lady Gets In Trouble Over Religious Meme 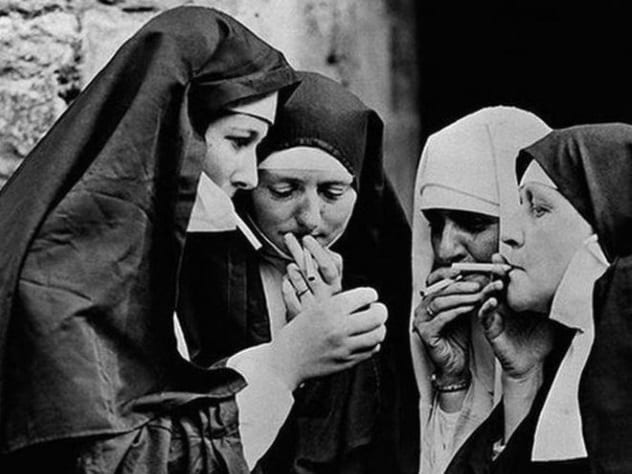 In July 2018, 23-year-old Maria Motuznaya from Barnaul, Siberia, Russia, reported that she was listed on the Russian government’s list of terrorists and extremists because she shared several religion-themed memes that supposedly targeted the Russian Orthodox Church.

One of the most popular memes showed four nuns smoking cigarettes. The caption reads, “Quick, while God isn’t looking!” Another showed some black African children holding empty plates. Its caption read, “Black humour is like food—not everyone gets it.”

Motuznaya was arrested in May after posting a series of memes on the Russian social media site VKontakte. She was charged with hate speech and “offending religious believers’ feelings.” Both charges could earn her a six-year jail term if she’s found guilty.[3] 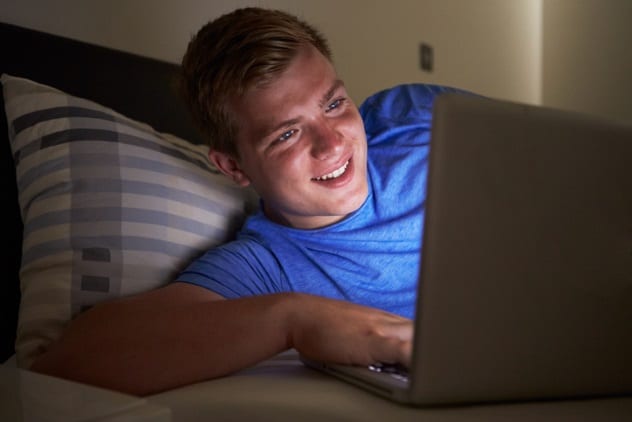 On April 20, 1999, 17-year-old Dylan Klebold and 18-year-old Eric Harris stormed Columbine High School in Littleton, Colorado, with guns. They killed 13 people and injured more than 20 others before committing suicide. It was the deadliest school shooting in US history at the time.

In 2018, 18-year-old Jeffrey Nash was arrested over a controversial meme he sent to other students at the Muscle Shoals Career Academy in Alabama. The meme showed two armed men and was captioned “Columbine school shooters on the way.”

The school resource officer was informed about the ominous meme, and the school was quickly closed. Nash attempted to cover his tracks and tried to make it seem like a teacher sent the meme. However, it was tracked back to him through his IP address.[4]

6 Man Gets Arrested Over Meme About Thai King’s Dog 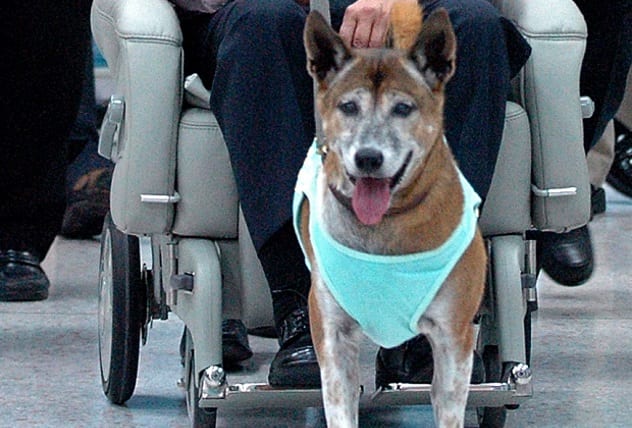 In 2015, a Thai man identified as Thanakorn Siripaiboon was arrested for posting a meme mocking the king’s dog on Facebook. He was charged under the lese-majeste law and faced 37 years in prison if found guilty. He was granted bail in March 2016.

The meme was one of several posts Siripaiboon made on Facebook. However, the meme insulting Tongdaeng, the mongrel dog of King Bhumibol Adulyadej, took the foreground.

We do not know the precise contents of the meme because Thai newspapers were reticent to report the news to avoid running afoul of the law. New York Times newspapers sold in Thailand left the section that was supposed to contain the news blank. The dog could not be reached for comments.[5] 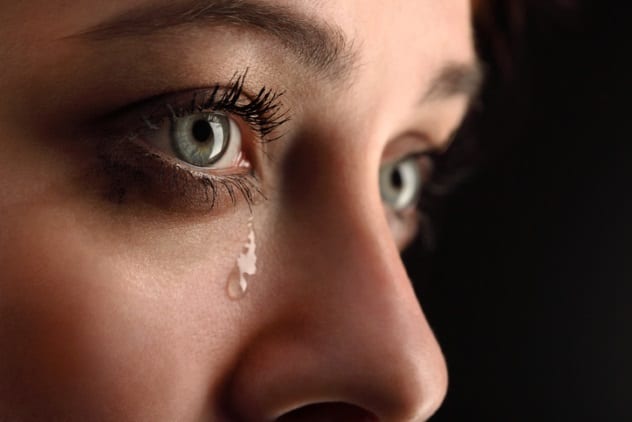 A part of the video that clearly showed Cantone’s face was turned into a meme. It was captioned “Mi stai facendo il video? Bravo” (“You’re making the video? Good.”), the statement Cantone made at the beginning of the video.

The meme went viral, and the phrase soon started to appear on clothes and other items. Italian soccer stars Paolo Cannavaro and Antonio Floro Flores joined the fad and created videos mocking the phrase.

Things got worse after Cantone’s identity was unveiled. Her full name soon started to appear on the meme. She skipped town and tried changing her name. She also took legal action against several websites, including Facebook, Google, and Yahoo, to force them to delete the video and meme.

Cantone won the lawsuit against Facebook. However, the court ordered her to pay €20,000 to cover Facebook’s legal costs. This made her slip further into depression. She committed suicide a year after the video leaked.[6] 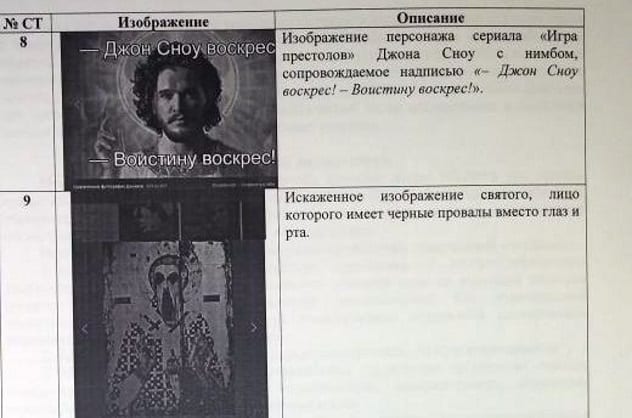 In July 2017, 19-year-old Daniil Markin from Barnaul, Siberia, was arrested over several memes he posted on VKontakte between December 2013 and January 2017. Many of the memes had religious themes, and some even parodied Jesus.

One meme showed three angels with a marijuana bong. Another showed Jon Snow from Game of Thrones depicted as Jesus. It was captioned, “Jon Snow is risen! Truly he is risen!” The orthodox church uses a similar phrase during Easter, except, of course, with Jesus instead of Jon Snow.

Police charged Markin with “inciting hatred.” They also listed him as a terrorist and extremist. This means he can’t access his bank accounts, and no one will hire him.[7] 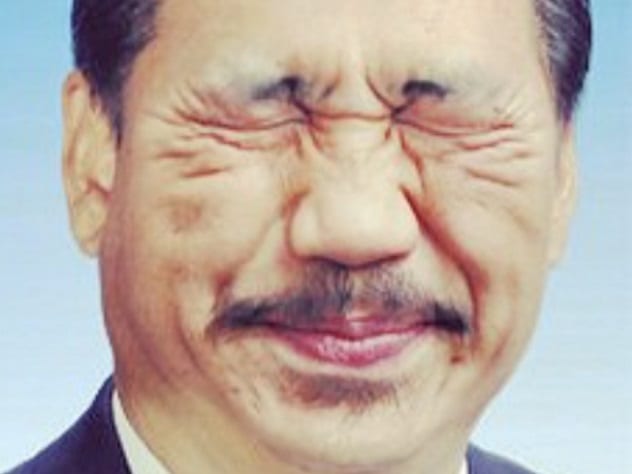 The Chinese government does not tolerate mockeries of President Xi Jinping. While American and Russian meme-makers are clearly out of Jinping’s reach, the same cannot be said for Chinese meme-makers.

One was Dai Jianyong, an artist who found himself in trouble with the Chinese government over a meme that essentially likened Jinping to an anus. Jianyong was arrested on May 26, 2015, and charged with “creating a disturbance online.” The offense carries a five-year sentence.

Jianyong’s meme depicted Jinping with a squeezed face and eyes tightly shut. Jianyong called it “chrysanthemum face.” “Chrysanthemum” is a slang term for “anus” in China, so we can guess what Jianyong was trying to say. (Or maybe he was just saying the president was constipated?) To be fair, Jianyong often made memes of people with the face. He even made one with his own face. 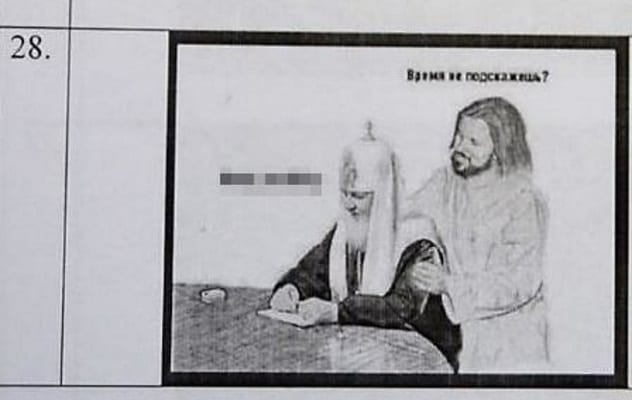 Andrei Shasherin, 39, is another Russian arrested for making religious memes. He was arrested on March 5, 2018, for sharing over 36 pictures considered insulting to the Russian Orthodox Church.

One was a meme of Patriarch Kirill, the head of the Russian Orthodox Church, sitting at a table with Jesus behind him. Jesus asked Patriarch Kirill if he had time, and the Kirill replied “Jesus, f—k off.” The meme was actually a parody of the original image, which showed Patriarch Kirill wearing a €30,000 watch.

The original picture was taken in 2009. An obviously doctored version with the watch removed was uploaded to the church’s website in 2012. Whoever did the doctoring did a bad job because he failed to remove the reflection of the watch that was visible on the shiny table.

Nevertheless, Shasherin got arrested. He could receive a five-year jail term for hate speech and another year for insulting a religion. Like Markin and Motuznaya, he was listed as a terrorist and extremist.[9]

1 Police Chief Is Accused Of Racism Over Controversial Meme 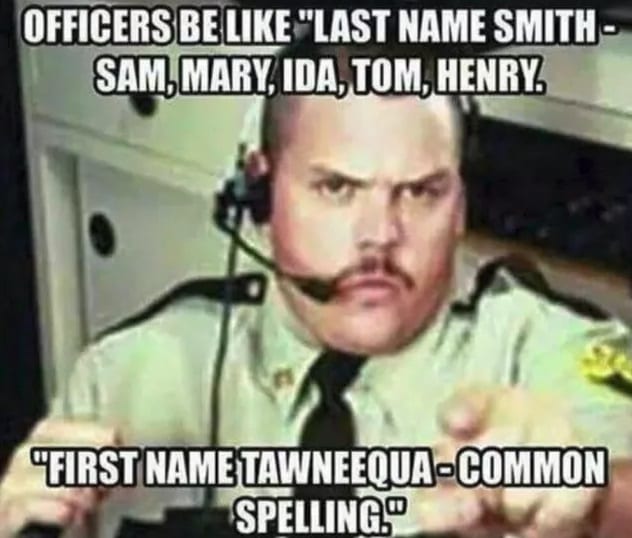 In October 2018, Daniel Kontos, the chief deputy of the Portage County Sheriff’s Office in Portage, Wisconsin, came under fire after posting a meme on the force’s unofficial Facebook page. The meme purportedly makes light of police officers’ tendencies to spell out simple names, but not harder-to-spell ones, when calling in to dispatchers.

The meme showed a dispatcher listening to an officer. It was captioned, “Officers be like ‘Last name Smith—Sam, Mary, Ida, Tom, Henry. First name Tawneequa—common spelling.’ ” The problem was with the Tawneequa, which is a more common name among African Americans.

Kontos refuted claims that he was racist. He said he the name is only used because it was difficult to spell, which is the point of the meme. He added that he was being bullied and refused to apologize. The meme was later removed.[10]

Read about more odd ways people found themselves in hot water on 10 Times Farts Broke The Law and 10 Times Emojis Got People In Trouble.