We can’t get enough of ants, those “little things that run the world” as they were described by renowned biologist E.O. Wilson. Myrmecology (the study of ants) still entices many scientists because there is plenty more to reveal. Here are some of the most interesting things that we’ve learned lately about ants.

10 An Inspiration To Professional Boxers

Sometimes, intense strife can disturb the extremely well-organized communities of ants. Entomologists at the University of Illinois and the North Carolina Museum of Natural Sciences used high-speed cameras to record ant-to-ant fights in four species of trap-jaw ants.

Trap-jaw ants have powerful mandibles capable of snapping shut at over 40 meters (130 ft) per second. Their jaws are so powerful that the ants also use them to hurl themselves into the air to escape predators.

However, when trap-jaw ants fight among themselves, they prefer to leave their deadly jaws out of it. Instead, they face off ant to ant and strike at each other with their antennae, much like boxers throwing punches.

According to the footage, different species of ants can throw from 20 to 42 strikes per second at their opponents. The record was set by the Florida-dwelling competitor Odontomachus brunneus. According to the researchers, trap-jaw ants are the fastest boxers ever recorded.

9 Not So Hardworking After All

Lazy ants chill out while other workers toil

Although ants are often praised for their incessant labor, they really aren’t that different from the lazy grasshopper in Aesop’s fable.

Ant colonies thrive on an efficient division of labor. Members engage in activities that range from feeding the larvae to foraging for food to building underground edifices.

Then there are the slackers—inactive ants that specialize in doing nothing. Entomologists at the University of Arizona observed five ant colonies (250 Temnothorax rugatulus ants) in their lab for two weeks.

The ants were marked with distinguishing paint spots and were constantly recorded. The results were surprising: Over 25 percent of the worker ants never actually worked, and more than 70 percent worked less than half the time. Around 3 percent bore all the burden.

But things might not be as straightforward as they seem. In fact, the idlers could be vital to the proper functioning of the colony. Maybe they perform a job that was not caught on camera.

It’s also possible that their tasks were less obvious, like storing food for the hungry workers in their own stomachs or passing on chemical messages. Perhaps it’s related to their ages—too young or too old to work. But the researchers have not dismissed the idea of ants just being selfish.

How Do Insects Poop?

Ants display interesting bathroom habits. A study of 21 lab-grown colonies of black garden ants by biologists at the University of Regensburg found that these creatures maintain at least one designated area for going to the bathroom, a smart decision in a crowded nest.

The insects were fed a sugar solution colored with food dye, which turned their feces blue or red so that the researchers could track the frass (waste). Soon, colored piles were visible in certain areas of their nests, especially in the corners.

On the other hand, dead ants, food scraps, and other debris were dumped outside the nest, which makes the scientists wonder why the ants keep the frass inside in special “rooms.”

There are some possible answers: The waste could have antimicrobial properties, be used to feed the babies, mark the ants’ territory, or double as a building material.

7 Taking On The Pesticide Market

The goal of meeting future global food demand in a more sustainable way has found an unlikely ally. According to a review published in the Journal of Applied Ecology, ants can be more effective than pesticides as well as safer and cheaper.

The review is based on recent studies of the use of weaver ants as a pest control method for different crops grown in Africa, Southeast Asia, and Australia. When ants were used as a pest deterrent, the yields of crops—from cashew to citrus to mango trees—were just as good as or even better than those sprayed with pesticides.

Investigations were focused mostly on weaver ants, which live in trees and are highly territorial. They control huge territories—from the top of the tree to the ground—and respond aggressively to any intruders.

That’s why they have been serving as agricultural pests for over a millennium. But other ant species can be just as effective. 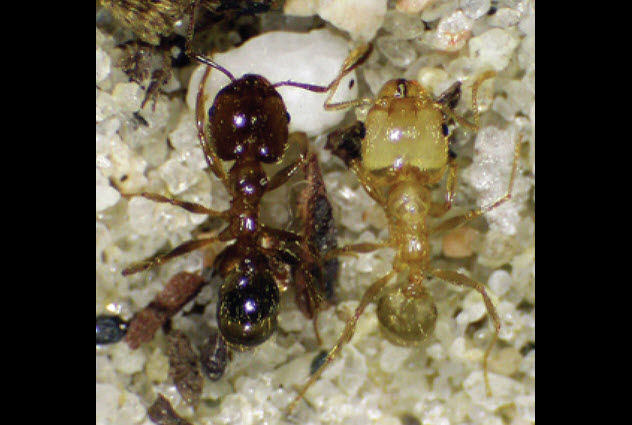 Like a few other species, some ants appear to have found the fountain of youth. According to scientists, ants from the species Pheidole dentata are not affected by senescence (biological aging).

During their 140-day lives in the laboratory, these ants showed no signs of aging, such as more cell death in the brain or a decline in levels of neurotransmitters like dopamine and serotonin.

Furthermore, the older ants were more dynamic and even improved some of their skills, such as being able to track scents longer than the youngsters. According to researchers, the ants’ effective social organization may play an important role in keeping them in shape.

But they are not immortal, which begs the question of how the ants die. As the study didn’t cover the final days of the ants, scientists assume that they fast-forward through some kind of aging process just before they die.

5 A Model For Robotics

A Swarm of One Thousand Robots

No hurdle can deter the march of the army ants. If there is a chasm between them and a desired trophy (mainly food), they will stretch their bodies across the gap to create an entangled “living” bridge.

Although this is not a newly observed phenomenon, researchers from Princeton University and the New Jersey Institute of Technology have recently shed light on the intricacy of these structures.

Their study shows that a leaderless group of ants works in a coordinated way by adjusting to the environment and balancing the costs and benefits. For example, they determine if it’s better to keep their workers trapped in this construction or use them elsewhere.

These findings could be useful in the field of robotics. Following the example of army ants, swarms of robots could be used in exploration or rescue operations.

Fire ants have a ferocious sting. As for crazy ants—the name says it all about their conduct. Both are widely known as invasive species and a threat to the environment.

When the two species cross paths, a relentless battle inevitably begins. But a study by researchers at the University of Texas has revealed that this ant rivalry is largely one-sided.

Although fire ants are equipped with extremely toxic poison, crazy ants carry the antidote. When they are splashed with the otherwise lethal toxin from fire ants, crazy ants discharge a drop of formic acid, their own chemical weapon. They apply the formic acid all over their bodies to neutralize the venom. Then they jump back into the fight.

This research explains how crazy ants (aka tawny crazy ants or raspberry crazy ants) managed to end the decades of dominance by fire ants in the southern US. As crazy ants seem determined to take over the area, the costs for the American economy—as well as the ecosystem—could be huge.

Thanks to their enormous appetites, ants and other arthropods provide helpful sanitation services to New York City. As demonstrated by a study from North Carolina State University, these small creatures can devour tons of trash on the streets.

Researchers planted dishes of junk food all across Manhattan. Some boxes were designed in a manner that allowed only small insects to penetrate them. The team returned to check the dishes the next day.

Based on the amount of food consumed in 24 hours, they calculated that the pavement arthropods (insects that we see along the pavement and sidewalks) are able to eat up to 6 kilograms (14 lb) of waste per block each year.

This is extremely helpful when you consider that New York produces about 3 million tons of garbage every year. The ants’ impressive appetites also help cities to limit rat populations because ants and rats compete for food.

A team at the University of Lausanne in Switzerland has found that ants change careers just like honeybees do, fitting into a complex age-based hierarchy within the colony.

Every member in six colonies of carpenter ants was tagged with a unique symbol that was readable by a computer and tracked by a camera for 41 days. The study showed that the ants took riskier jobs as they aged.

After starting as nurses that took care of the queen and the babies, the ants became cleaners and eventually progressed to foragers. Except for the cleaners, the ants only interfered with other ants from the same professional group, probably for efficiency reasons.

There were exceptions to this age-based work progression. Some ants were more vocation driven, sticking with the same work for a lifetime or taking a high-profile job in their early days. 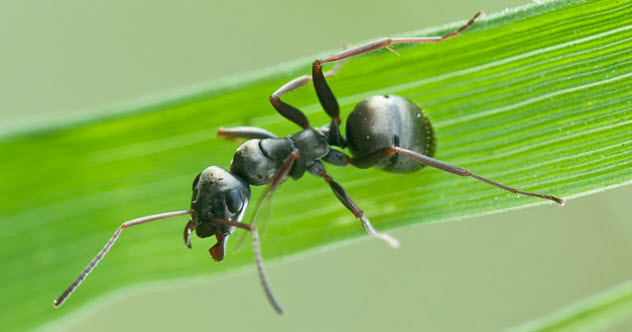 Ants know when they are sick. They also know exactly what they need to get better, joining the list of animals that use plants to self-medicate in a process called zoopharmacognosy.

Researchers from the University of Helsinki found that ants infected with a life-threatening fungus opted for food laced with a substance that included hydrogen peroxide—which is otherwise poisonous to ants—to fight the disease.

Belonging to the Formica fusca species, all the observed ants had access to this medicine, but only the contaminated ones ate it to increase their chances of survival.

Also, they were careful not to overdose because this substance usually kills healthy ants. The medicine is also available in aphids or decaying dead ants.

Camelia Sisea is a Romanian journalist.