When we think of the Nazis, we think of Hitler, Himmler, Goering, Goebbels, and Speer, the political leaders of the Third Reich who steered Germany’s rampage through Europe and into the Soviet Union.

But those people didn’t design or develop any of the technology used by the Nazis. It was the prominent scientists and engineers who built the Nazi war machine and helped Hitler come close to world domination. 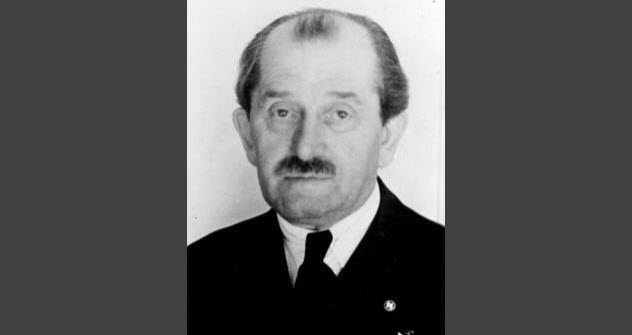 Ferdinand Porsche’s last name may sound familiar to everyone—and yes, he is the founder of the company that makes Porsche sports cars. He also worked enthusiastically for the Nazis.

He designed the Volkswagen Beetle, which was intended by Hitler to be a “people’s car.” Porsche almost got the contract for the infamous German Tiger tank, too. However, his drive system was considered too complex. Instead, Porsche’s design was used for a tank destroyer called the Elephant.

First and foremost, Porsche was an inventor who was interested in vehicle design. Having previously designed equipment for the Austrians in World War I, he founded his own engineering company with his son in 1931.

Porsche was held in such high regard in the field of automotive engineering that Stalin personally tried to recruit him in 1932 to become head of the Soviet car industry. After serious consideration, Porsche declined because he didn’t speak Russian.

When Hitler wanted a people’s car in 1934, Porsche’s Beetle design was selected as the winner. After meeting Porsche in 1935, Hitler was impressed and full of praise. He even offered to name the factory that would produce the Volkswagen Beetle after Porsche. But Porsche declined.

Later, he designed the Kubelwagen, a military jeep derivative of his Beetle design that became the German equivalent of the American Jeep. The design was well-liked by the Germans, so 55,000 were produced during the war.

After the war, Porsche served 22 months in jail in France for being a Nazi. In 1950, he and his son made the first Porsche sports car. 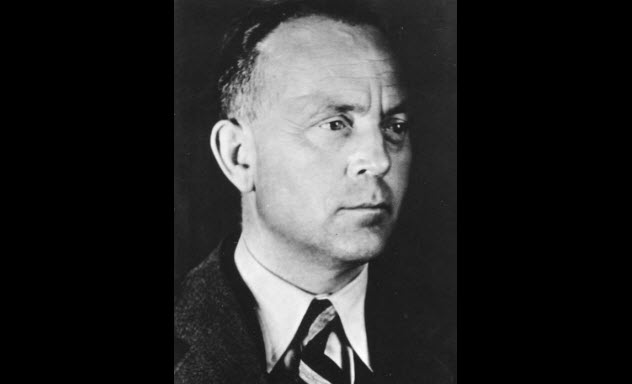 Kurt Tank, a leading German aircraft designer and test pilot for the Nazis, fought as a soldier in World War I. Then he studied electrical engineering and became a qualified pilot. After working for a few aircraft manufacturers, he ended up at Focke-Wulf in 1931.

There, he completely transformed the company into a world-class aircraft manufacturer. Tank designed both the Fw 190 fighter aircraft and the Fw 200 transport.

Superior to the famous British Spitfire, the Fw 190 was rated as the best German propeller-driven fighter of World War II. Meanwhile, the Fw 200 was a transport aircraft and bomber.

Although only a few hundred were built, they could fly more than 3,200 kilometers (2,000 mi) and were the bane of Allied shipping. The Fw 200s sank up to 90,000 metric tons of shipping a month, which caused Churchill to refer to the Fw 200 as the “scourge of the Atlantic.”

After the war ended, Tank immigrated to Argentina. He briefly worked on a jet aircraft for Argentina that was not successful. Then he moved to India and designed jet fighters for the Indian military. Two decades later, Tank returned to Germany as a consultant for a German aircraft manufacturing conglomerate. 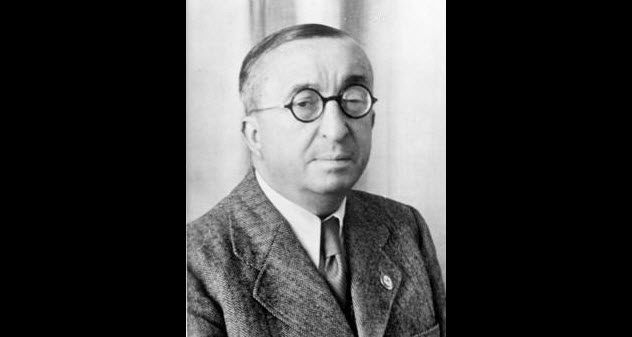 Although the first aircraft built by Ernst Heinkel crashed and burned, he was not deterred. Having designed aircraft during World War I, he went on to found his own aircraft manufacturer, Heinkel Flugzeugwerke.

Heinkel had a fairly successful run during the 1920s and 1930s. He designed record-breaking racing aircraft and then built the He 187, the world’s first jet aircraft. The jet first flew in 1939, one week before World War II started.

His most iconic design was the He 111, a twin-engine bomber used extensively during the blitzkrieg. There, its weaknesses were revealed, so it was rarely used afterward.

By that time, Heinkel had also become a vocal critic of the Nazi government. This didn’t sit well with the Nazis, so they confiscated his factories by nationalizing his company in 1942.

Still, Heinkel was a member of the Nazi Party and used slave labor in his factories. After the war ended, he was taken into custody by the victorious Allies and put on trial. He was later acquitted due to his wartime resistance against Hitler.

In 1950, Heinkel started a new company that manufactured scooters, bicycles, and small cars. 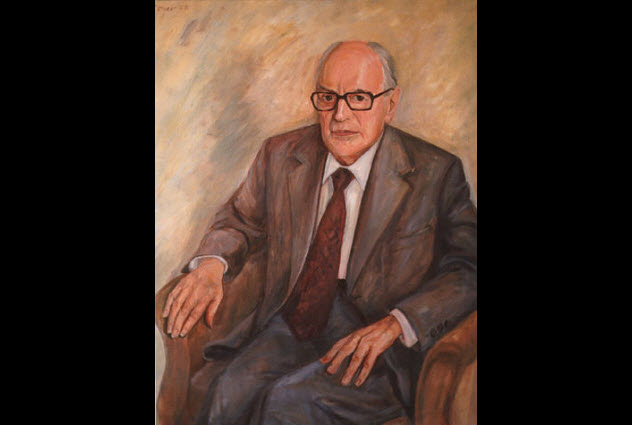 During World War I, Willy Messerschmitt worked at a German flying school. At one point, he also held the world record for the longest flight in a glider.

In the 1920s, Messerschmitt started his own company that built low-cost aircraft. The only problem was that many of his aircraft crashed. As a result, he went bankrupt in 1931.

Messerschmitt was saved from destitution when the Nazis rose to power in 1933. Although he was hindered by a top Nazi official whose son had died in one of Messerschmitt’s aircraft, Messerschmitt had cultivated many other friends in the Nazi party.

When the Nazis announced that Germany was reequipping itself with military equipment, Messerschmitt designed a prototype called the Bf 109 with the help of Robert Lusser. The head of Luftwaffe air force development personally test-flew the aircraft and decided that the Bf 109 would be perfect as a fighter aircraft.

During World War II, the iconic Bf 109 served on all fronts for Nazi Germany, most prominently facing off against the Spitfire in the Battle of Britain. Messerschmitt went on to design the Bf 110, which became a prominent night fighter. But his crowning achievement during the war was the Me 262, the world’s first jet aircraft to see combat.

When World War II ended, Messerschmitt was held by the US for two years. After his release, he initially made prefabricated housing and sewing machines because the Allies had banned aircraft production in postwar Germany. But in 1952, he again produced missiles and combat aircraft for Germany. 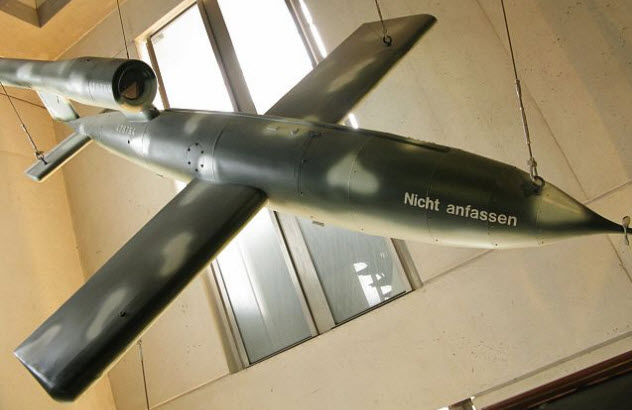 Robert Lusser was an aircraft engineer and award-winning pilot. After working for several aircraft manufacturers, he joined Messerschmitt and helped design the Bf 109. He was also heavily involved in the design of the Bf 110. In 1938, he returned to work for Heinkel but was fired after a disagreement about the design of a jet fighter.

Lusser then landed at Fieseler, another aircraft corporation, where he designed the infamous V-1 flying bomb. It was the first of the Nazi vengeance weapons. Thousands of these cruise missiles were launched against Britain, and they proved to be an efficient and terrifying weapon.

After the war, Lusser was recruited by the Allies in Operation Paperclip. But unlike the more famous Werner von Braun, Lusser didn’t move to the US until 1948.

At that time, he worked alongside von Braun in the US space program but wrongly predicted that going to the Moon was impossible. He believed that no spacecraft would be reliable enough for the journey. In 1959, Lusser returned to Germany, where he worked under Messerschmitt. 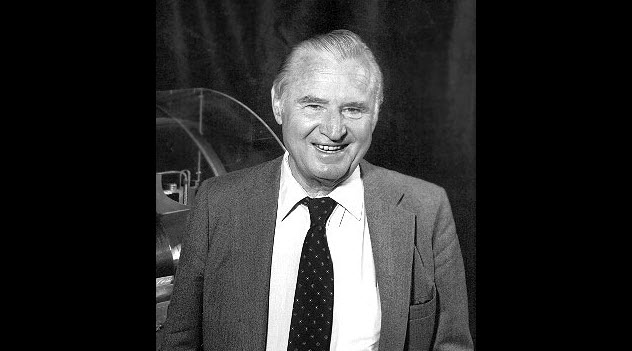 When Ernst Heinkel approached the University of Gottingen for help in designing the world’s first jet-powered aircraft, Hans von Ohain was recommended by his supervisor at the school. In 1936, Ohain officially joined Heinkel Flugzeugwerke to continue working on the world’s first jet engine.

In 1939, the He 178, the world’s first jet aircraft, made a nearly flawless test flight. Von Ohain’s work on jet engines also led to the Nazis fielding the Me 262 fighter. Although von Ohain did not directly contribute to the design of the Me 262, he proved to the Nazis that jet aircraft were practical and vastly superior to propeller-driven fighters.

Shortly after World War II ended, von Ohain immigrated to the US. He became the chief scientist at a US Air Force research laboratory in 1963. In his new career, he published many papers and became internationally recognized for his achievements in aerospace engineering. Von Ohain was eventually inducted into the International Aerospace Hall of Fame and the Sciences Hall of Fame. 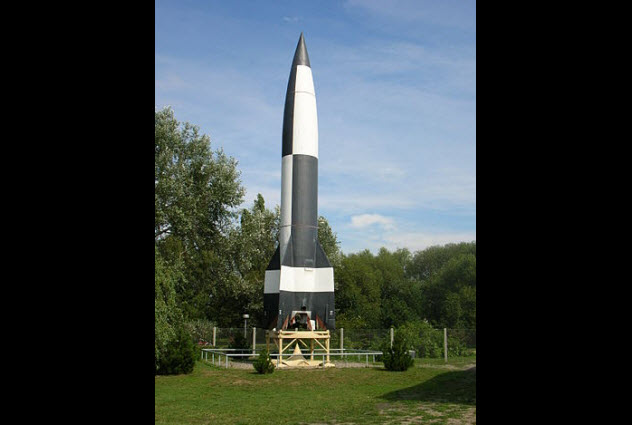 In 1936, Walter Thiel was the third scientist hired by Walter Dornberger, the head of Germany’s rocket research division. Thiel had a background in chemical engineering and eventually became second-in-command of the German rocket division.

Thiel’s work was vitally important in getting the V-2 rocket flying. He worked mainly on engine design, and his ideas resulted in a much lighter and shorter engine. He decided on the fuel mixture for the V-2 rocket and simplified the engine design to make it easier to mass-produce.

However, Thiel became convinced in 1943 that inherent design issues in the V-2 rocket made it impossible to mass-produce, so he handed in his resignation to Walter Dornberger. Just a few days later, Thiel and his family died during a British bombing raid on the Nazi rocket research facilities in Peenemunde. 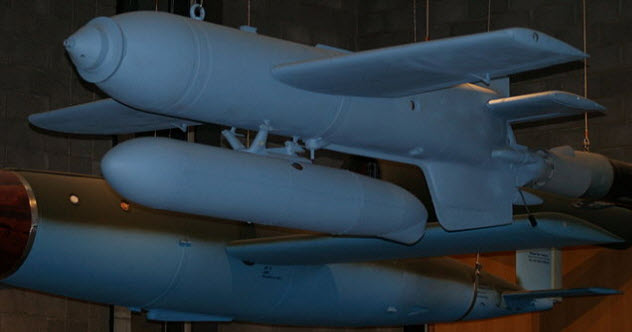 During the 1920s, aerospace engineer Herbert A. Wagner investigated the dynamics of various aircraft components, including seaplane floats. By the 1930s, he was working on high-altitude military aircraft and jet engines. In the 1940s, he worked on guided missiles.

One of his projects, the Hs 293 rocket-powered glide bomb, was the first guided bomb ever used in warfare. A primitive but devastating weapon, the Hs 293 ultimately sank 400,000 tons of Allied shipping. However, the proliferation of various models of the Hs 293 made it difficult to improve the weapon.

After the war, Wagner was one of the first German scientists taken to the US. There, he developed a radar-guided aircraft system that the US Air Force used during the Korean War. He also refined America’s guided bomb designs and later developed guidance systems for US Army antitank missiles. 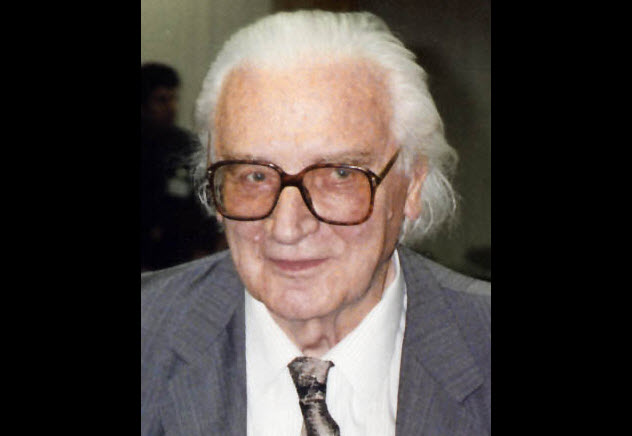 In 1935, Konrad Zuse worked as an engineer for the Henschel aircraft factory but spent his weekends building a computer in his parents’ living room. The Z1 was the world’s first programmable computer.

Zuse tried to design a machine that could calculate engineering equations for him. Completed in 1938, the Z1 was groundbreaking but too simple to handle complex calculations. When World War II broke out, Zuse barely avoided being drafted by pitching his computer to the German army.

Now working for the Third Reich’s Aerodynamics Research Institute, Zuse built several more computers, culminating in the Z4. Zuse proposed further work on a computer using vacuum tubes. But that work was prematurely canceled by the German military. They believed that the computer was unnecessary because they were close to winning the war.

Various German aircraft manufacturers wanted the computers for aerospace calculations. These computers were considered so important that Werner von Braun personally intervened to move Zuse and his computers to a safer location.

After the war, Zuse sneaked the Z4 into Switzerland and started a computer manufacturing company in 1950. Twenty years later, the business was purchased by Siemens and Zuse retired. 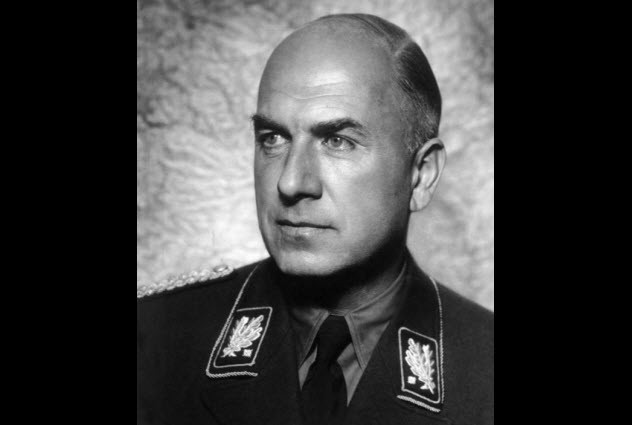 After serving in the German army during World War I, Fritz Todt studied engineering and eventually found work at a small construction company. He joined the Nazi Party in 1922, a decade before their rise to power. Later, he joined the SS.

Todt published a paper on employment in 1930 that caught the eye of Hitler. When the Nazis came to power, Todt was promoted to the head of Germany’s new autobahn project. Eventually, he oversaw all aspects of the German economy as the Reich minister of munitions and by leading the Head Office of Technology.

He also founded Organization Todt, a quasi-governmental engineering organization which built the Atlantic Wall and the massive U-boat shelters on the French coast. Organization Todt was infamous for its use of millions of forced laborers.

Although Todt enjoyed the support of Hitler, he clashed with other top Nazis, including Hermann Goering and Martin Bormann. In 1942, Todt died in an airplane explosion. While suspicions of sabotage or assassination abounded, nothing was ever proven.