China is a powerhouse that thrives on progress. One multipurpose field seeing great strides from this country is genetics. In recent years, China’s studies have included many world firsts and incredible medical advances.

There exists a strange side, too. Scientists are creating things never seen in nature, rewriting the rules on reproduction, and keeping the rest of the world nervous with their penchant for controversial human editing. 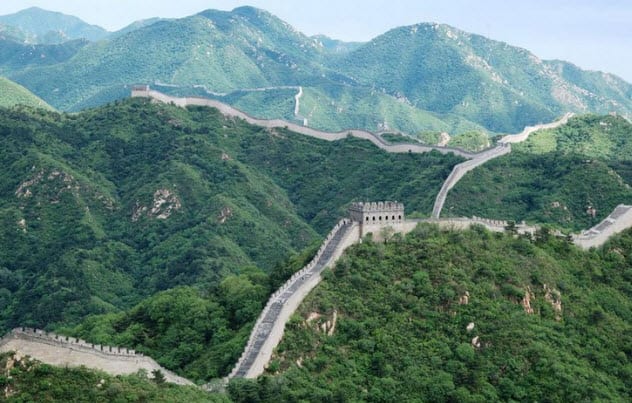 In 2018, a genome sequencing company based in Shenzhen was given access to a massive database. The genetic information of around seven million pregnant Chinese women was gathered while testing for a disorder linked to Down syndrome.

Only about 141,000 women were chosen, but it remains the biggest project examining Chinese genetics. The mothers represented nearly all provinces and even 36 of the 55 ethnic minority groups.

The findings were interesting. Certain genes were linked to height and body mass, the ability to have twins, and how severely herpesvirus 6 manifests. Even migrations left their mark on the Chinese genome. The largest wedge of the population is made up of the Han (92 percent).[1]

The study found that this group had the same genetic structure, but differences hinged on where they lived. Their northern and southern origins reflected in migrations known to have happened after 1949, when work became more available to the east and west. Gene variations also cause different immune responses from northern and southern Han. Intriguingly, certain minority groups had more genetic diversity than the Han. 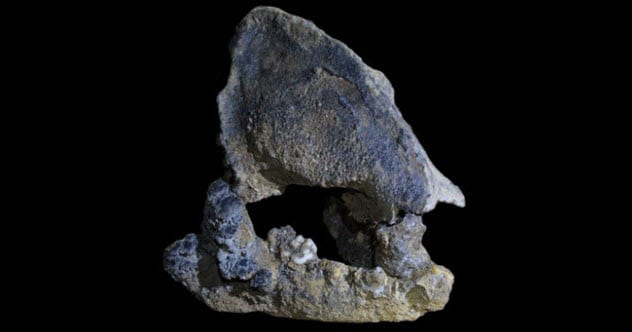 The giant panda is iconic to China. Although these creatures are the subject of considerable studies, researchers still know very little about how they evolved. The only sure fact is that giant pandas split from other bears 20 million years ago.

Then, in 2018, a fossil turned up in Cizhutuo Cave in China. The creature died 22,000 years ago and looked a lot like a giant panda. To gauge what exactly it was, researchers accomplished an amazing feat—they pieced together 148,329 fragments of its DNA.

When the ancestry became clear, two things made the fossil unique. The DNA was the oldest ever found from a giant panda, but it also revealed a lineage nobody even knew existed. This panda split from its living cousins about 183,000 years ago. Its genetic code also revealed a great number of mutations that probably helped this species to survive the Ice Age in which it lived.[2] 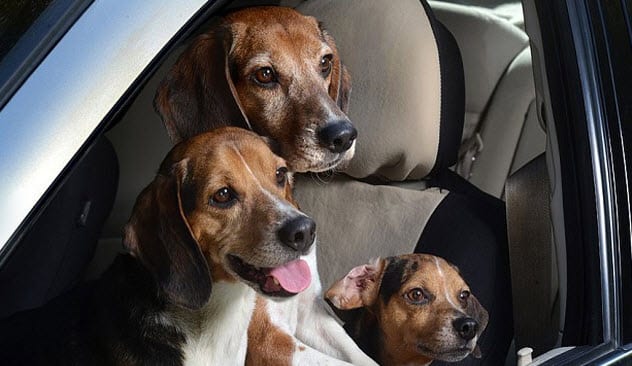 In 2015, the Guangzhou Institutes of Biomedicine and Health saw the birth of several puppies. These were no ordinary beagles. They started their existence as 60 genetically modified embryos from which a single gene was removed.

Myostatin blocks muscle growth. Scientists deleted it to create what they claim are the world’s first designer dogs. Only 27 puppies were born, but not everything went according to plan.

Myostatin has two copies, and both were gone from only a single female pup. Another male puppy had one copy deactivated. He was more bulky than the rest but not as much as the female, which was designed to develop twice the normal amount of muscle. The project’s aim was to produce test animals on which to study diseases affecting human muscles, including Parkinson’s and muscular dystrophy.[3]

The Chinese may have many firsts to their credit, but in this case, nature beat them. Belgian Blue cattle have jaw-dropping muscles, thanks to a natural lack of myostatin. In addition, a genetic disorder occasionally deletes the gene in whippets, producing freakishly muscled dogs. 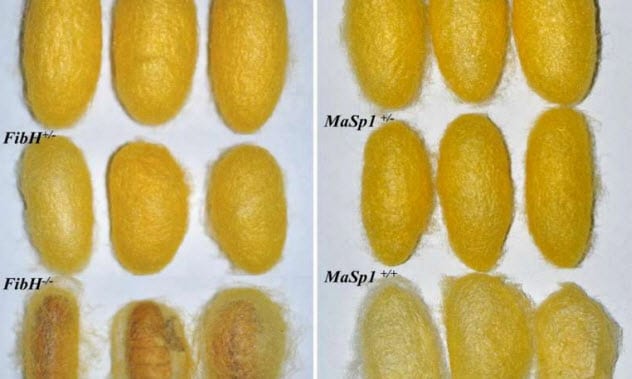 Upon learning that scientists tweaked the silkworm’s ability to produce silk, most would think of worms spinning better, more copious amounts. However, in the world of this satiny material, the silkworm is not king. Spiders beat them on several levels.

Arachnid silk promises incredibly useful applications in medicine, including microcapsules that deliver cancer drugs as well as the potential to fix damaged nerves. Researchers also discovered that it could strengthen bulletproof vests.

Unfortunately, spiders do not play along with idea of having their silk commercially farmed. Unlike the predictable silkworm, the arachnids are territorial and, worse yet, cannibalistic.

In 2018, a team affiliated with several Chinese institutions used gene editing and succeeded where many others have failed. They replaced a segment from the silkworm’s genetic code with DNA from a golden orb-web spider.[4]

When the altered worms spun their cocoons, the silk was analyzed. It was 35.2 percent spider, the highest purity ever achieved. (Past attempts lagged at 5 percent.) The silk was ready to use the moment the silkworms released the threads, something no other team could manage. 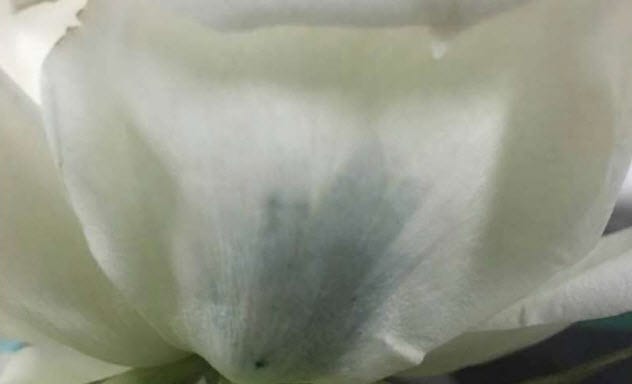 Among the most sought-after things in the world of gardeners is the blue rose. It does not exist in nature, and for hundreds of years, rose enthusiasts failed to breed this ultimate color.

During a more recent project that lasted 20 years and involved selective breeding and genetic engineering, biotechnologists came the nearest. However, even this prize rose was more mauve than blue.

Chinese scientists found a novel way to reach the dream. They started with the bacterium Agrobacterium tumefaciens, often used in bioengineering because it easily transfers foreign genetic material into plant DNA.[5]

From another bacterium, the researchers picked two bacterial enzymes capable of turning the L-glutamine in rose petals into a blue pigment called indigoidine. A special strain of A. tumefaciens was created to carry the enzymes.

The bacteria were then injected into a white rose. The pigment genes entered the plant’s genome and caused blue to pool around the injection spot. The world’s first blue rose is not perfect as the technique only produces temporary blotches. However, Chinese scientists are already busy with the next step—engineering a rose that naturally produces the two enzymes and causes itself to turn blue. 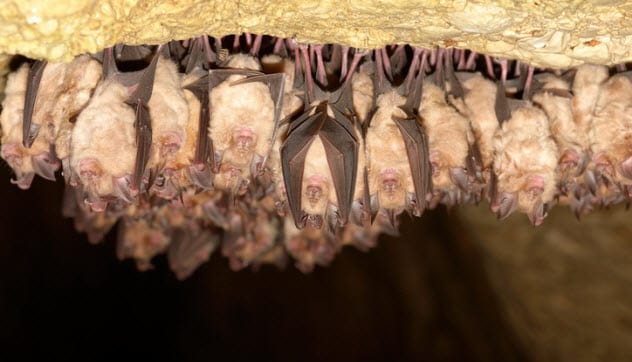 What caused the epidemic was never solved. In late 2017, scientists disclosed an unnerving clue in a cave in China’s Yunnan Province. For the past five years, they had investigated multiple SARS viruses present in the cave’s bats. There were 11 new strains, but none showed the genetic traits of the 2002 outbreak. SARS in bats has never been proven to cross the species barrier to humans, either.

However, a thorough analysis found something frightening. Together, the new strains carried enough genetic blocks to theoretically build a virus that could evolve to jump from bats to people. Secondly, three of the new strains showed a genetic predisposition to infect humans.[6]

If the 2002 epidemic rose from the cave, it still does not explain how it traveled to Ground Zero in Guangdong Province 1,000 kilometers (621 mi) away. 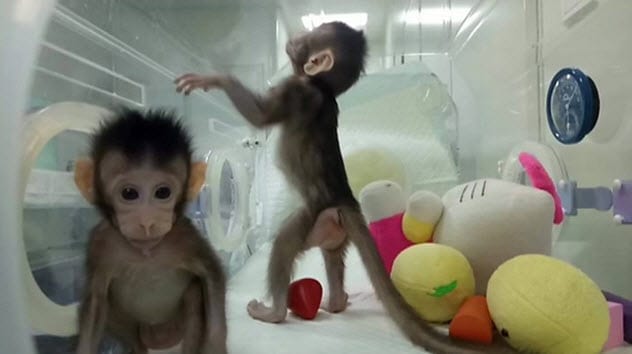 In late 2017, two long-tailed macaques were born in the same Shanghai laboratory. Even though their births happened weeks apart, Zhong Zhong and Hua Hua were identical “twins.”

They were created with the somatic cell nuclear transfer technique (SCNT), the same one that produced the historical sheep clone, Dolly, 20 years ago. The monkeys may be the first nonhuman primates created with SCNT, but the feat was not applauded by the entire international community.

Critics fear that the project might bring human cloning closer to reality without giving much regard to serious ethical concerns. Some researchers are entirely against SCNT, calling it “a very inefficient and hazardous procedure.”[7]

Indeed, Zhong Zhong and Hua Hua only happened after 79 previous failed attempts. Despite the criticism, Chinese scientists insist that identical monkeys can be a valuable way to study gene-based diseases in humans, including certain cancers. 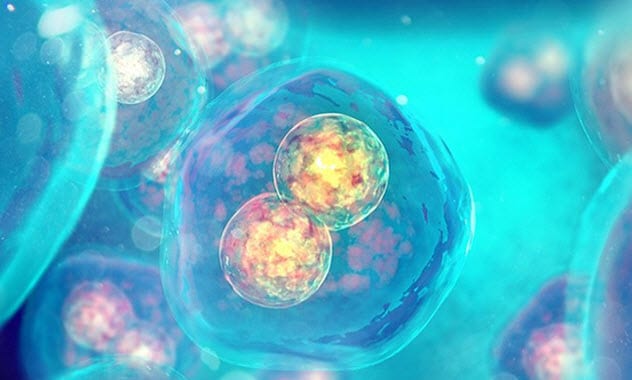 Gene editing in humans is the new frontier. While most governments stall to agree on protocols for ethically modifying human tissue, China went ahead and did it a few years ago.

The historic breakthrough just added more fuel to the debate. Perhaps to no one’s surprise, this did not stop Guangzhou Medical University from doing it again in 2016. They wanted to create HIV-resistant embryos.

Operating under strict guidelines, they used 26 fertilized human eggs. All had been donated to research because they were no longer viable and would not develop into living babies.

The next step involved a specific genetic mutation. People who naturally carry this mutation are immune to the HIV virus. Using a gene editing tool called CRISPR, the gene was inserted into the embryos’ genomes.[8]

The tweak was successful, but only four became HIV-proof. The others showed why the rest of the world was slow to jump on the bandwagon. Unexpected mutations showed up—and not the good kind.

It would be impossible to predict the long-term effects on a CRISPR-created human (should it ever go that far). If anything, this second attempt showed that this type of gene editing was not safe. CRISPR was also used during the first modification years ago and also produced unwanted mutations. 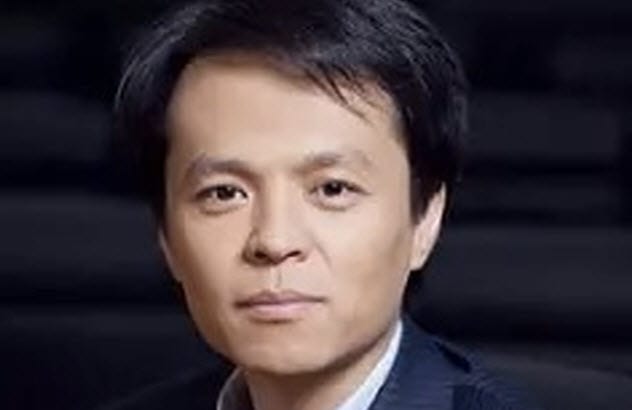 The dream of creating nanorobots capable of fighting cancer within the body is nothing new. It was in the way Chinese researchers recently managed this that bordered on the ingenious.

Tumors can only live for as long as they are fed by a person’s blood vessels. To create something to block the vessels, scientists began by borrowing DNA molecules from a virus called a phage. An origami-like technique folded the strand into a rectangular sheet. The “tumor killers” were added, which were basically molecules of the clotting enzyme thrombin.

Four were rolled up inside the sheet to form a tube-shaped nanorobot. Special proteins locked the four molecules inside. After injection, the nanorobot entered the blood vessels. There, tumors opened the proteins and released the enzyme thrombin. A clot formed in the vessels and starved the tumor.

Tests on mice showed that the robots were effective. The rodents suffered from cancers of the skin, lung, breast, and ovary. In a group of eight animals with melanoma, the tumors vanished completely in three mice. Their life expectancy also increased.[9]

1 Mice With No Father 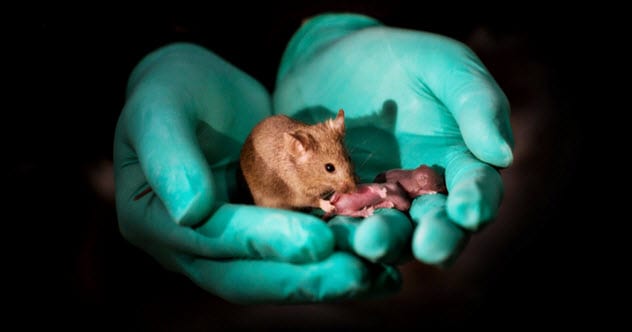 In 2018, Chinese scientists successfully bred two female mice. The 29 pups are the first mammals born from two mothers with no male involvement. The study tried to find out why two genders are essential for most species to reproduce. The answer rewrote the rules of reproduction.

As it turns out, during mammalian conception, there are about 100 genes where only genes from the female or male are switched on. Both genders are needed to activate all 100. The male covers the ones not switched on by female genes, and vice versa.[10]

If two females could breed in nature, certain genes would stay dormant. Using gene editing on mouse stem cells, researchers bypassed this barrier by removing a small piece of genetic code in three places. The altered cells were injected into an egg from a second female mouse. Successful fertilization followed. The babies grew up healthy and had pups of their own.

A similar experiment with two fathers (and a surrogate mother) produced 12 pups, but they all died within 48 hours. The research offers a distant hope for same-sex human couples wanting their own families.

Read about more amazing genetic finds on 10 Mutant Genes That Could Make You Superhuman and 10 Bizarre Villages Where Rare Genes Are The Norm.