After he was marooned on Mars, Matt Damon’s character in the space thriller The Martian struggled to live on the red planet, facing issue after issue. But in real life, he would have found getting to Mars and adjusting to life there to be a challenge before he was left behind.

Besides the radiation, time spent in space, and mental health issues, there are other major challenges facing astronauts on real-life missions to Mars. 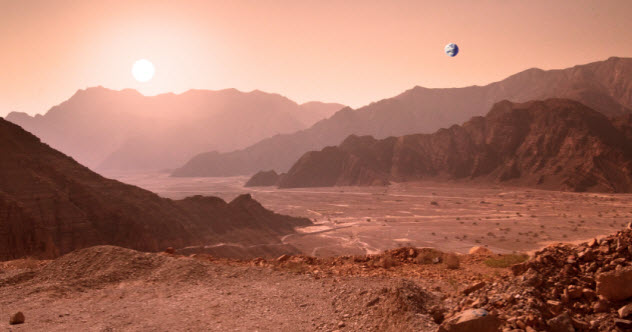 A Martian day is 40 minutes longer than an Earth day. Although it might seem like a blessing to have an extra 40 minutes each day, the human circadian rhythm is set at 24 hours. The extra 40 minutes a day on Mars would soon result in perpetual jet lag for the astronauts, leaving them constantly exhausted.

NASA got a taste of this when mission controllers had to work on “Mars time” because the first Mars rovers had to operate during the Martian days. The entire mission control for the Sojourner kept the same time as the rover did. After one month, the controllers became fed up.

For later Mars rovers, the mission controllers successfully stayed on Mars time for three months but were still completely exhausted by the end of it. It appears that humans can only endure Mars time for short periods. For astronauts staying on Mars for months, there would be no way to get away from Mars time. 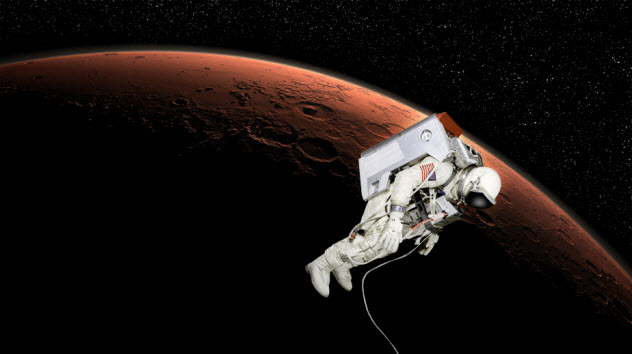 Although scientists can easily simulate the journey to Mars by putting astronauts on the International Space Station for extended periods of time, the effect on the human body of prolonged exposure to Mars’ gravity, which is only 38 percent of the surface gravity on Earth, is unknown.

Will the partial gravity allow humans to retain critical muscle and bone density? If not, will exercise help? Given that any potential mission to Mars might have the astronauts spend months in Martian gravity, this is a critical question.

Using imperfect simulators, two studies on mice found that bone and muscle loss in Martian gravity may be as severe as that found in zero gravity. The first study found that even an environment with 70 percent of Earth’s gravity was unable to prevent muscle and bone loss.

In the second study, researchers detected at least a 20 percent bone loss in mice from lower gravity. But remember, these studies are only simulations. Until astronauts actually land on Mars, there will be no way for us to know exactly how their bodies will adapt to lower gravity. 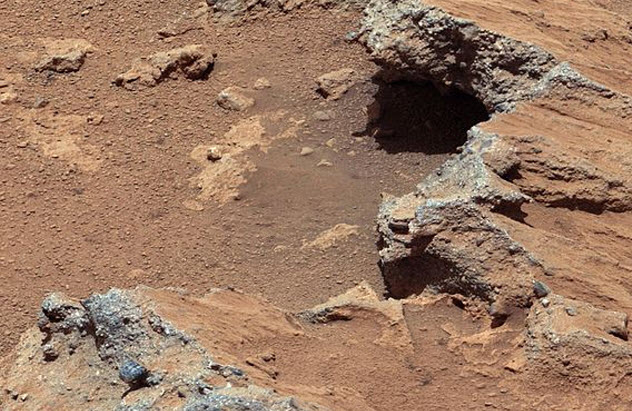 As Neil Armstrong discovered during his descent to the surface of the Moon, his landing site was full of gigantic boulders that posed a hazard to his lander. A similar issue could happen to astronauts landing on the surface of Mars. They would only have a short time above any landing site to detect and avoid hazards such as large rocks or sand dunes.

Boulders or slopes could cause a Martian lander with landing legs to fall over when it hit the surface. Even large features in the terrain can be difficult to see from orbit, so mission planners could potentially miss them.

Small trenches or hills could fool sensors into releasing the lander from its parachutes earlier than planned or confuse automated systems as to landing speed. The chances that a lander will fail due to terrain issues are surprisingly high. One study pegged the possibility as high as 20 percent. 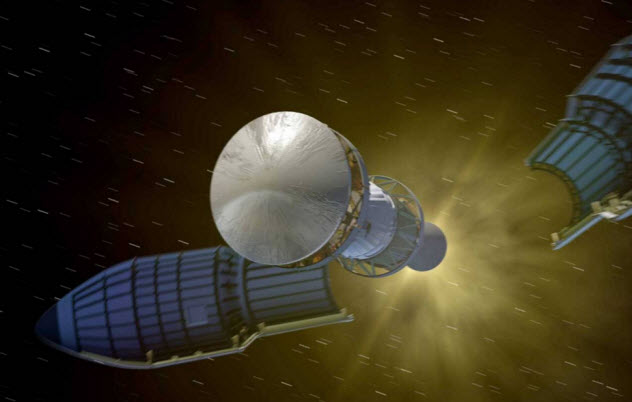 The rigid heat shield needed to protect a heavy payload is too large to fit into the payload fairing. So NASA needs to use an inflatable heat shield technology that’s experimental at this point.

Using existing designs for a Mars mission, NASA’s smallest lander would be extremely cramped in the 8.4-meter fairing. Any of NASA’s larger landers wouldn’t fit in the fairing.

Even if NASA uses the smallest lander, they would need to make awkward redesigns, which include turning a Mars rover for the astronauts upside down and redesigning the fuel tanks. The size of the fairing can’t be increased because it would destabilize the rocket.

Supersonic retropropulsion may be one way to slow down a Mars lander during its final descent to the planet’s surface. This involves firing rockets in the direction of travel while the spacecraft is still going faster than the speed of sound.

In the thin Martian atmosphere, supersonic retropropulsion is a must. But firing rockets at supersonic speed could create shock waves that damage a Mars lander. NASA has almost no experience with this procedure, which further complicates its chance of success.

There are three main issues with this technique. First, the interactions between the airstream and the rocket exhaust plume may shake the lander apart. Second, the heat generated by the rocket exhaust may heat up the Mars lander. Third, it may be difficult to keep the lander stable while the retro-rockets fire.

Although small-scale tests in wind tunnels have been conducted, an extensive series of larger tests using real hardware is needed. This is an expensive, long-term proposition.

But NASA may have another way of investigating supersonic retropropulsion. It recently observed a test by SpaceX to return its first stage to the ground, which yielded valuable data. 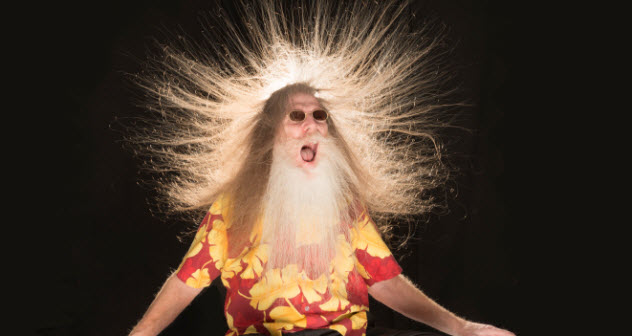 You know those shocks that you get when you touch a doorknob or other metal object? It’s a mere irritant for us on Earth. But on Mars, static electricity could cause serious problems for our astronauts.

On Earth, most static discharges are caused by the insulating properties of rubber shoes. On Mars, that insulating substance would be the soil of Mars itself. Just by walking around on Mars, an astronaut could accumulate a static charge strong enough to fry delicate electronics if he tried to open air locks or touch the outside of the spacecraft.

The Mars rovers use ultrafine needles to bleed off this electrical charge. But a manned Mars mission would require insulating space suits to protect the astronauts and equipment. 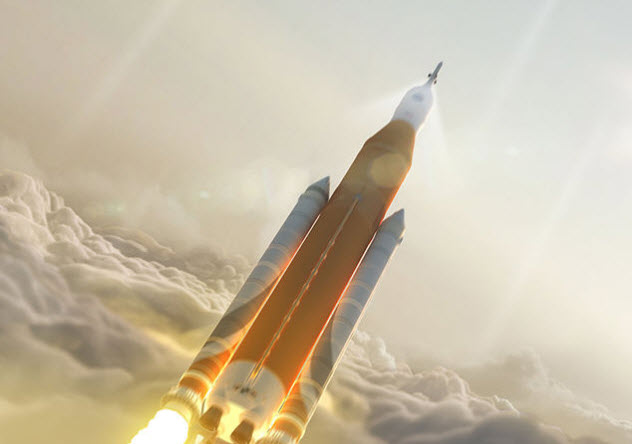 The Space Launch System (SLS) is the largest launch rocket in development for the foreseeable future. It will be the rocket that lofts a manned mission to Mars piece by piece.

Under current NASA plans, a dozen SLS rockets will be required for one manned mission to Mars. But the current ground infrastructure supporting the SLS has been stripped down to its minimum requirements: one facility for rocket assembly, one massive crawler to transport the rocket to the launchpad, and one launchpad.

If even one of those components breaks down, it could pose significant issues for launch vehicle availability. This availability bottleneck could pose several hazards to a manned Mars mission.

For example, any delays in assembling and checking the massive SLS would have a significant impact on the launch schedule. So could issues as mundane as weather or minor technical problems.

In addition, orbital docking for the assembly of a Mars spacecraft requires the rocket to launch within a specific time period (the “launch window”). Favorable opportunities for Mars-bound ships to leave Earth’s orbit are also limited.

Scientists have developed launch models using historical data on space shuttle launch availability. They show that NASA can’t be certain that the SLS rocket will be able to launch within specified launch windows, which potentially jeopardizes any Mars mission plans. 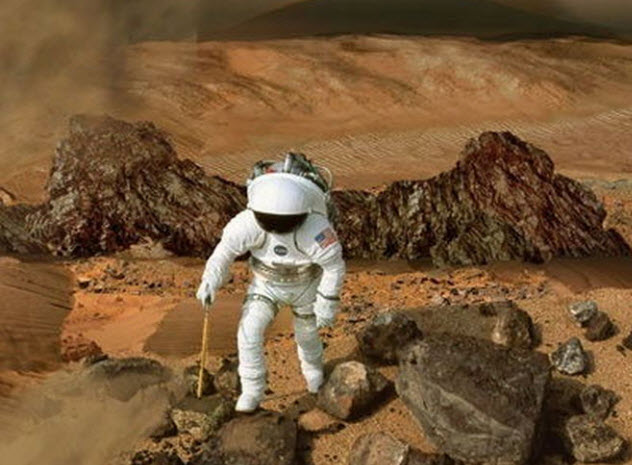 In 2008, NASA’s automated Phoenix probe made a nasty discovery: It found perchlorate salts on the Martian surface. Although these toxic substances have industrial uses, they can cause issues with the thyroid gland at exceedingly small doses.

On Mars, perchlorates make up at least 0.5 percent of the soil, a poisonous amount for humans. With the astronauts walking around and tracking soil into their habitats, they won’t be able to avoid getting contaminated with perchlorates.

Using technology derived from dangerous mining operations on Earth, decontamination procedures may mitigate the problem to some degree. But drastic health changes might still occur as the thyroid gland is disrupted.

Perchlorates have also been linked to various blood disorders. However, scientists haven’t done much research on the effects of perchlorates on the human body, making the long-term consequences difficult to predict.

Astronauts might have to take artificial hormones to keep their metabolisms functioning as they grapple with the long-term effects of perchlorate exposure. 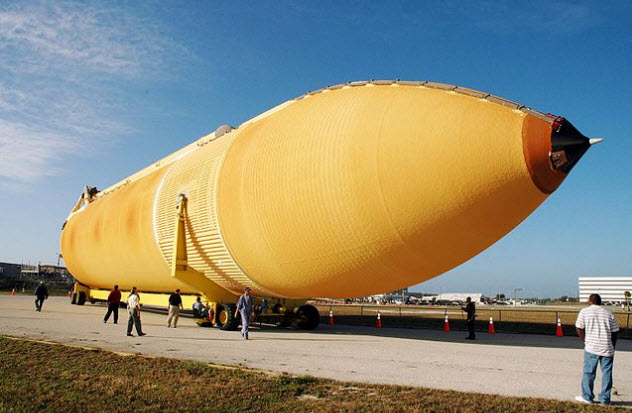 Rocket fuel is required to take us to Mars and back. The most efficient rocket fuels currently in use are liquid hydrogen and liquid oxygen, which are cryogenic propellants.

These fuels need to be frozen for storage. However, even with extensive preparation, hydrogen still escapes from fuel tanks at a rate of 3–4 percent of the total every month. It would be a disaster if the astronauts on Mars found that they didn’t have enough fuel to get home.

Astronauts may need to keep the cryogenic propellants from boiling off for several years as they complete their mission on the red planet. Additional fuel could be manufactured on Mars, but keeping the fuel chilled would require insulation and electric coolers. Flights to test long-term storage technologies will be required before any astronauts embark on missions to Mars. 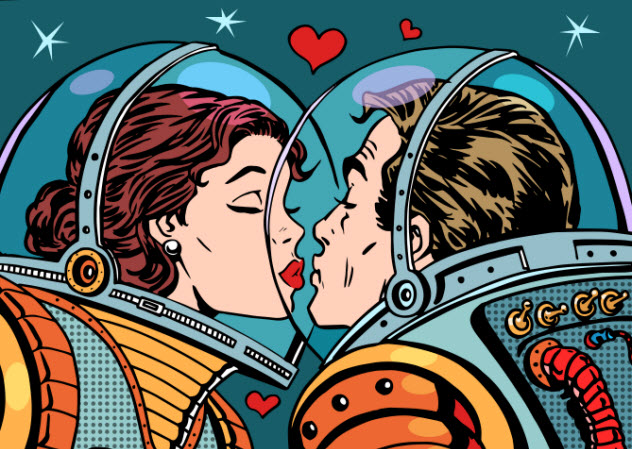 On a long journey in a confined space, romances between astronauts are quite possible. At the end of the day, humans need physical contact and intimacy. But while that sounds sweet and romantic, it can also end badly.

In 2008, a group of people were locked in a cramped environment for a long period of time to simulate a mission to Mars. Events spiraled out of control when one of the pretend astronauts became upset that his astronaut girlfriend was refusing to have sex with him and was spending more time with a third astronaut.

Stressed and tired, the first astronaut snapped and gave the third astronaut a broken jaw. If this had been a real mission, this behavior would have been extremely detrimental to the mission.

Unfortunately, NASA isn’t even trying to deal with these possibilities. According to a recent report by the National Academy of Sciences, NASA has not investigated the issue of sexual relationships on missions to Mars and the personality types that could best get along with each other in cramped quarters for a long time.