The thought of a manned mission to Mars excites the imagination. Whether the first voyage is taken by a private company such as SpaceX, a governmental entity such as NASA, or a public-private partnership, you are likely to see the trip occur in the next two decades. However, embarking on an interplanetary endeavor is no guarantee of success.

Astronauts who make the trip will have numerous obstacles to face, from financial challenges before they get off the ground to successfully sticking the landing on Mars. In between, they will be exposed to more space radiation than anyone in history, face intense psychological pressures, and have significant difficulty communicating with Earth.

Here are 10 obstacles that astronauts must overcome on a voyage to Mars. 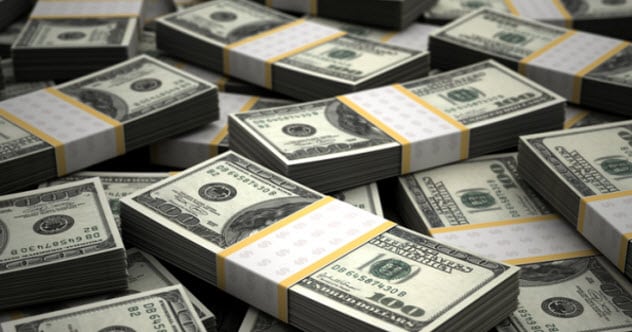 Before astronauts ever leave Earth’s orbit, they face the possibility of being held back by a lack of financial resources. The projected costs vary widely, ranging from hundreds of millions to hundreds of billions for a single trip. Either estimate represents an enormous financial commitment.

The government spends less money on space exploration now than it did when sending manned missions to the Moon. The private sector is able to fund some aspects of a mission for less than the government but still faces limitations.

An ideal solution combines the innovation expertise of the private sector with the experience of the government and a healthy infusion of cash from both sides.[1]

No matter who foots the bill, raising the money and spending it wisely will ultimately determine if and when astronauts go to Mars. 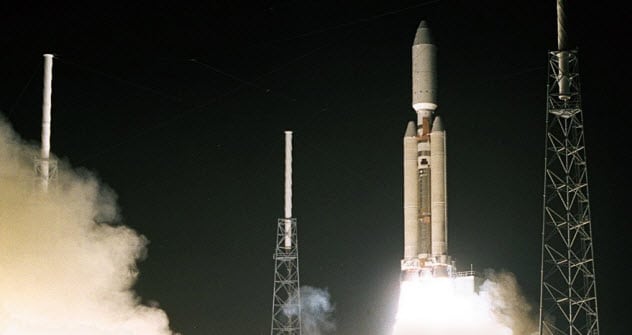 No matter how expert humans become at going to space, getting off the planet will always be a challenge. The relatively short journey from the surface of the Earth to an orbit around it involves pushing harder against gravity than it pushes against you. The gravity preventing a rocket from taking off is so strong that you must travel 11 kilometers (7 mi) per second to escape the Earth’s gravitational pull.[2]

Space exploration by governments has resulted in numerous explosions during the takeoff phase, and private endeavors often meet with the same fate. No matter how advanced space travel becomes, getting off the ground will always be a risk. 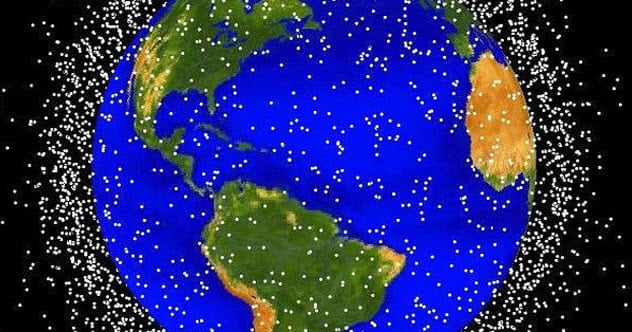 A successful liftoff is an accomplishment to be proud of, but surviving in Earth’s orbit is no small task, either. Space is littered with debris from man-made objects speeding around as fast as 28,200 kilometers per hour (17,500 mph), which is seven times faster than a speeding bullet. Add to that the speed required for a rocket to escape Earth’s gravity, and even tiny pieces of debris become deadly objects.

Astronauts use a combination of strategies to stay safe in the massive field of debris. Navigation is used to avoid the deadly space junk, and shielding is used to minimize the effects of what cannot be avoided.

However, as long as space debris exists, it will pose a threat to astronauts. 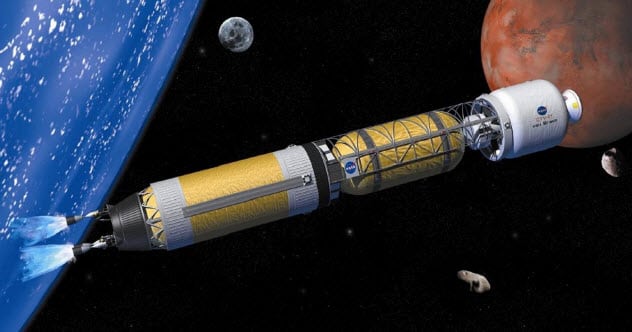 Any successful voyage to Mars will require adequate fuel to transport an incredibly heavy payload. NASA has already successfully landed unmanned spacecraft on Mars. But in each instance, the weight of the robotic vehicles was substantially less than what would be required to transport a crew and necessary life support equipment.[4]

A manned voyage to Mars requires minimizing both weight and fuel. However, this reality creates something of a paradox. As carrying humans to Mars necessitates more weight, it also requires more fuel that in itself constitutes more weight and requires even more fuel. 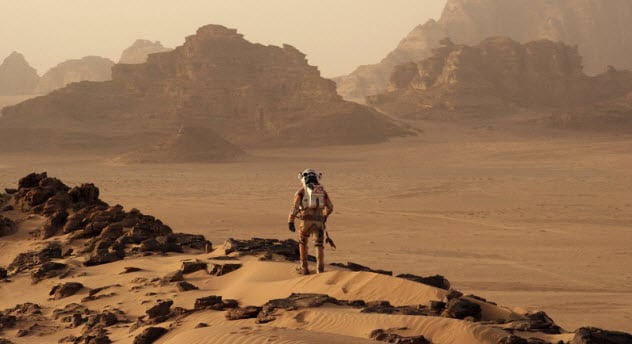 Experts anticipate astronauts will deal with challenges of isolation and boredom on their way to Mars—to say nothing of the loneliness they will face when building a home on a new planet.

The journey from Earth to Mars will be long. The length of time it takes to travel between the two planets depends on how closely their orbits align. In the past, unmanned missions to Mars have ranged from 128 to 333 days. A small crew trapped inside a tiny spacecraft for long periods of time is bound to experience boredom and isolation.[5]

Furthermore, attempts to minimize weight requirements by shrinking crew size only exacerbate this challenge. The smaller the crew, the less time required until you can repeat every joke and story that your companions have ever told word-for-word.

The psychological effects of a small crew isolated together for long periods of time create a number of impediments to a successful Mars voyage. 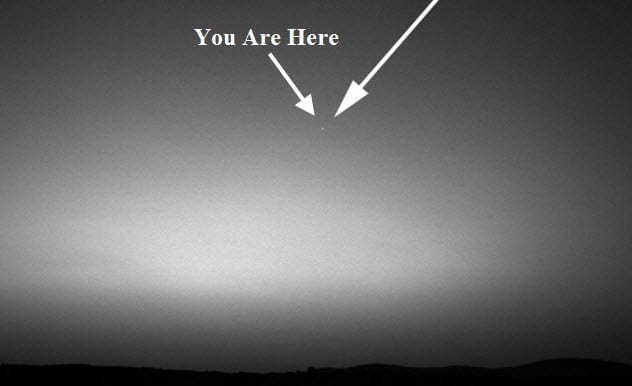 As astronauts make the voyage to Mars, their home planet will become smaller and smaller until it appears as a mere dot in the sky. Astronauts currently experience psychological benefits from seeing the Earth from orbit, but nobody knows exactly what will happen when they lose normal visibility of our home planet.

Projected consequences of not being able to see the Earth include depression, homesickness, full-blown psychosis, and even suicide. The concerns are so legitimate that the yet-to-occur event has been given a name: “Earth-out-of-view phenomenon.”[6]

To minimize the dangers of not being able to clearly see the Earth, there are plans such as providing access to telescopes. But scientists still include the unknown effects of the “Earth-out-of-view phenomenon” as significant impediments to a Mars expedition. 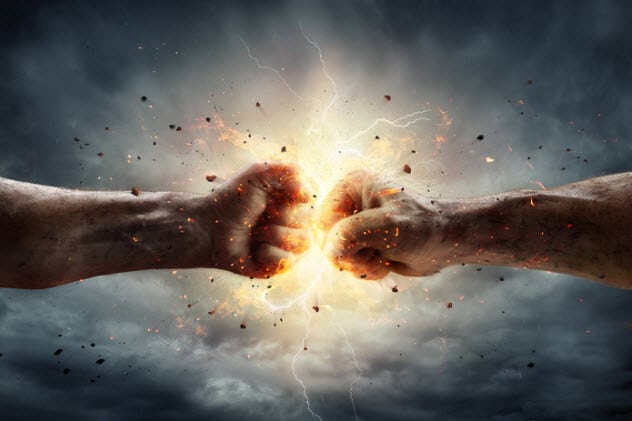 In addition to obstacles inside their own minds and outside the spacecraft, astronauts will face challenges from their crewmates. Even the best of friends can get on each other’s nerves after a while, and being trapped in a small space for a long time with only a few people can have a dangerous psychological effect in which violence is a potential outcome.

“You can get along with anybody for a month,” said Nick Kanas, a psychiatrist who taught at the University of California, San Francisco, and researches space psychology, “but you’re talking about a year and a half or longer, and it’s different.”

In fact, biosphere test runs in which the crew is isolated together on Earth to simulate a Mars voyage have resulted in members refusing to speak to each other except when dealing with essential tasks.[7]

The potential dangers of a violent disagreement en route to Mars have scientists developing intense mental health screening and treatment protocols for the long space voyage. 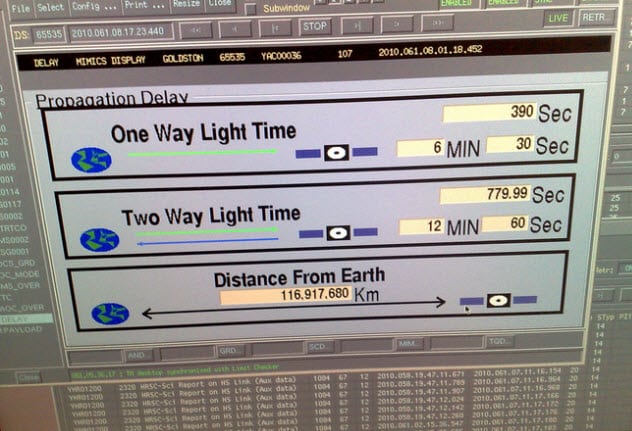 A telephone conversation on Earth is near-instantaneous, but the reality of communicating between Earth and Mars is very different. The farthest a long-distance call from the United States can travel is roughly 29,000 kilometers (18,000 mi), but a signal between the two planets must travel an average of 225 million kilometers (140 million mi).

As astronauts get closer to Mars, the possibility of near-instant communication with Earth diminishes. Depending on how close the two planets are, a one-way radio signal takes anywhere from 4.3 to 21 minutes, meaning an initial signal followed by a response can take up to 42 minutes.[8]

In addition, the Sun can impede communications between the two planets to such an extent that astronauts could be cut off from Earth for weeks at a time.

These delays not only prevent astronauts from communicating for social reasons but also limit their ability to receive live support for innumerable technical issues. 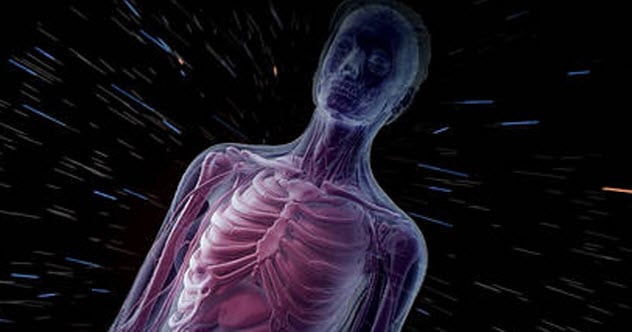 Space radiation presents one of the most significant challenges to a Mars voyage. The atmosphere of the Earth shelters those living on the planet from space radiation, but astronauts have no such protection.

Astronauts on the International Space Station are exposed to 10 times as much radiation as those living on Earth. Those who travel to Mars will encounter radiation upward of 100 times the intensity of that experienced on Earth.

Radiation shielding minimizes some of the dangers but does not entirely eliminate the problem. The most effective solution seems to be finding a way to limit exposure by shortening the duration of the voyage. Yet even in the most ideal circumstances, NASA anticipates violating its own radiation exposure guidelines on a trip to Mars.[9] 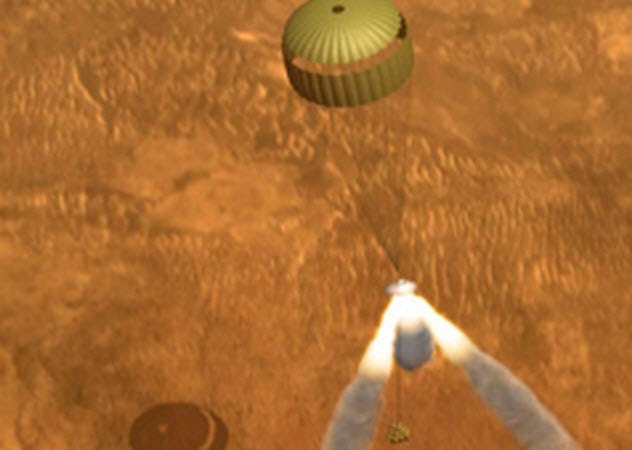 The final step on a voyage to Mars is also one of the most deadly. The dangers are so real that NASA scientists refer to the descent from the atmosphere of Mars to the surface as “six minutes of terror.”

A series of parachute openings and rockets constitute the last bumpy minute, after which a spacecraft hits the ground at up to 80 kilometers per hour (50 mph) and bounces up to four stories high over and over until it eventually comes to a complete stop.[10]

More than 60 percent of all international missions to Mars meet with defeat, and the landing process accounts for most of the failures. The final obstacle awaiting astronauts on a voyage to Mars may be the hardest of all.

Kurt Manwaring is a syndicated freelance writer who is online at fromthedesk.org.

For more amazing facts about space travel to Mars, check out 10 Ways Your Mars Trip Will Be More Uncomfortable Than You Think and 10 Things We Know About Elon Musk’s Future Colony On Mars.