After rising to power, Adolf Hitler assigned Joseph Goebbels as the Reich’s new “minister of propaganda.” Goebbels controlled the German public by creating films that either numbed the population with comedy and musical numbers, or brainwashed people into believing in Nazi ideals.

Beginning in 1939, American films were banned from the country. Instead, there was now a huge demand for films produced by the Universum Film-Aktien Gesellschaft (UFA), the main studio controlled by the Nazi Party.

All these changes made things a bit tricky for German starlets. Actresses who refused to join the Nazi Party were blacklisted from the German film industry. Many other actresses fled the country, expanding their careers to other parts of Europe. Some even made it to Hollywood.

However, for a few women, the promise of money and fame was enough to set aside their moral judgments, and in some cases, they embraced the Nazis with open arms. 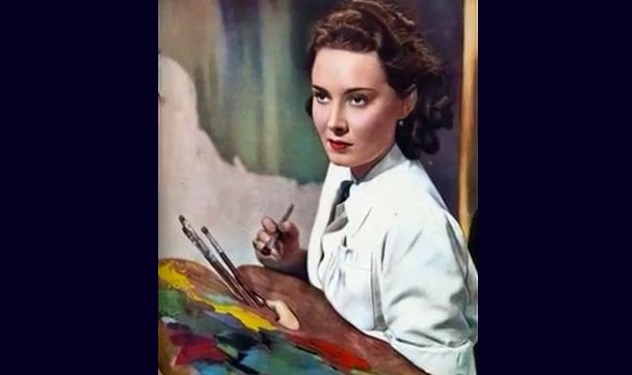 Lida Baarova was an established actress from Prague, and she signed a contract with the UFA for her first German film, Barcarole, in 1935. She was offered Hollywood roles, but she declined in order to stay in Germany. Lida was engaged to Gustav Frohlich, a famous actor who’d divorced his Jewish wife in order to continue his acting career. The couple fully embraced the Nazis to benefit their own careers.

Goebbels was absolutely obsessed with Lida Baarova. They began having an affair that lasted for two years, and obviously, this did wonders for Lida’s career. She was cast in all the choice roles, and she became very wealthy and successful.

Naturally, their relationship caused turmoil for both Gustav and Magda Goebbels, Joseph’s wife. Hitler himself eventually stepped in, deciding that in order to stop this domestic dispute, Lida Baarova would be deported back to Prague immediately.

In 2016, a German movie titled Devil’s Mistress dramatized the relationship between Baarova and Goebbels. Their story was also explored in a documentary titled Zkaza krasou. 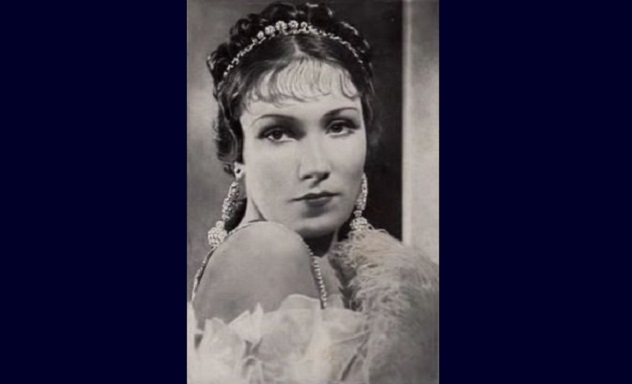 Gottschalk’s wife and children were Jewish, which caused him to be blacklisted from UFA films. In 1941, Gottschalk learned Gestapo agents were on their way to his house. They were planning on taking his family to the concentration camps. In order to avoid such a horrible fate, the Gottschalks committed group suicide so they could all die together. 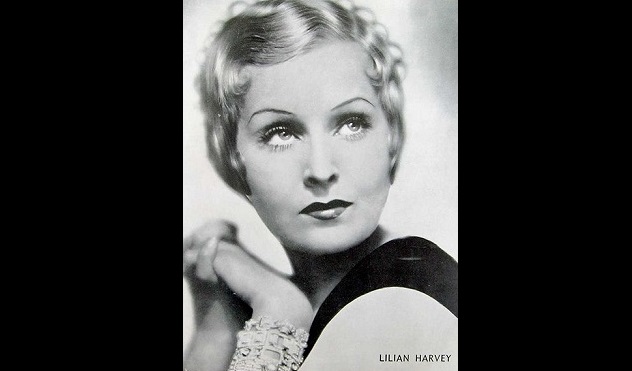 Lilian Harvey was an English-born actress who’d been living in Germany since she was eight years old. She was scouted for silent movies while performing as a professional dancer. After becoming a star, she traveled around the world, filming in various languages such as French, English, and German.

In 1933, Harvey moved to the USA and began a career in Hollywood. After two years of trying to make it in California, she grew tired of being cast in small parts, so she decided to return to Berlin in 1935, a country where she was guaranteed success. For her loyalty to the Third Reich, she made a lot of money by starring in dozens of movies, and she was given a luxurious car and home.

Harvey became a frequent star of Hitler’s favorite German musicals. Since she was dainty and tiny, she was always cast as the cute, virtuous, girl-next-door type. But by 1942, she’d immigrated back to the US and had begun working as a volunteer in Los Angeles. She also spent time traveling around the world. Fortunately for her, she left Germany at the perfect time, avoiding most of the violence at the end of World War II. 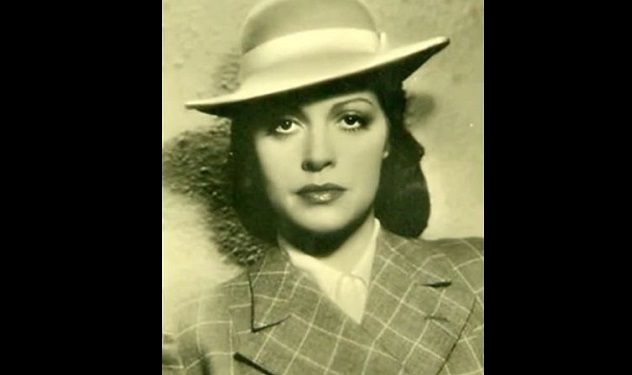 In 1932, just one year before the Nazis gained control over the UFA, Sybille Schmitz had signed a five-year contract to make movies with the studio. Unfortunately, Joseph Goebbels did not like Schmitz. After all, the actress was quiet, and she mostly kept to herself. Her dark hair and sharp features were not very Aryan, so she was given parts in science fiction films, or she was cast as problematic characters, like female spies and femmes fatales.

Sybille finally got the role of a lifetime in the 1943 film Titanic. However, the production of the film did not go as planned. After spending millions of dollars on an elaborate production gone wrong, Goebbels decided to ban the movie from ever being shown in German theaters.

Sybille never had her chance to prove her skills as an actress, and she was trapped in a contract that she’d never asked for in the first place. Despite the many difficulties that Joseph Goebbels caused during her career, she was eventually criticized by filmmakers who’d escaped the country. When the war was over, they chastised her for continuing to work in Germany during Hitler’s reign. 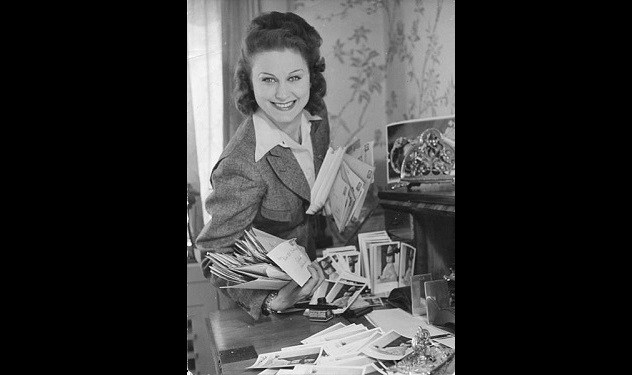 Marika Rokk was born in Cairo, Egypt, to parents of Hungarian descent. After studying dancing and acting around the world, she starred in three popular German musicals and became a huge success. She acted during a time when Joseph Goebbels was trying to create UFA contracts with talent that would rival actresses in American musicals.

Marika was a dancer and an acrobat. Her specialty was in gymnastics and circus performances. While she may not have been able to pull off traditional dance numbers like Lilian Harvey, she still tap-danced and did acrobatics on screen.

Once she felt that she was popular enough, Marika threatened to return to Hungary if she didn’t start getting paid huge salaries by the UFA. She then married director Georg Jacoby, a move that helped her get the roles she wanted. She began earning 30,000 reichsmarks per film. With inflation, that would make her a millionaire today. It certainly seems as though she knew how to leverage the Nazis’ goals to her advantage. 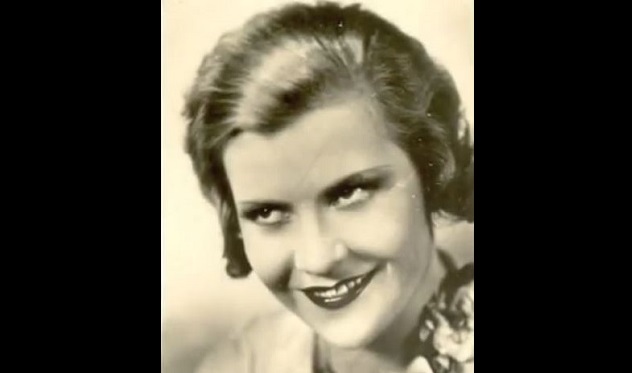 Renate Muller was one of the most popular actresses in Germany throughout the 1920s and ‘30s. When the Nazis rose to power, Joseph Goebbels tried to hook her up with Hitler. Renate turned down the offer to become Adolf’s mistress, and she also refused to act in Nazi films.

Suspicious as to why a woman would ever refuse a chance at fame and fortune, Goebbels had the Gestapo follow her. He soon discovered that she was in love with a Jewish man. Thanks to German persecution, Muller’s partner eventually fled to England for his own safety.

Renate tried to visit her lover in Great Britain, but she was prevented from leaving the country by the Gestapo. Goebbels continued to pressure her into making at least one Nazi propaganda film. After many threats, she finally agreed to act in the movie Togger, an anti-Semitic film where she played the part of a journalist.

Soon afterward, she checked herself into a hospital . . . and either fell or jumped from a third-story window. The circumstances of the 31-year-old’s death are still shrouded in mystery, and a film based on her life, Liebling der Gotter (Sweetheart of the Gods) came out in 1960.

Zarah Leander was known for her strong, deep voice. She was tall with broad shoulders, giving her a masculine quality. But even though she was making popular movies in Sweden, the Nazis weren’t initially eager to cast her in German films. But after Hollywood producers started showing interest in the actress, Joseph Goebbels finally offered her a contract to make films with the UFA.

Working for the UFA made Zarah rich and famous, but Goebbels made sure that she couldn’t leave Germany. Zarah would send money back home to Sweden, where she had a house, so the Nazis purposely paid her in German marks instead of Swedish kronor, hoping the money would force her to stay put. Goebbels even offered her a huge mansion estate if she swore to give up her Swedish citizenship and become a German, but she refused to abandon her home country.

In 1943, her house in Germany was blown up courtesy of an Allied air raid, and Zarah took the opportunity to escape back to Sweden. Interestingly, in her autobiography, Es War so Wunderbar!, Zarah wrote that she had friendships with gay men and kept up those relationships while the Nazis were in power. The affection went both ways as impersonators would sing her songs in drag shows.

In 1986, a documentary called My Life for Zarah Leander was released, providing intimate details about the performer’s life.

In the beginning of her acting career, Kristina Soderbaum married Veit Harlan, a guy who just so happened to be Joseph Goebbels’s favorite director. Of course, Goebbels’s friendship with her husband made Kristina a rising star.

In 1940, she starred in a movie called Jud Suss, one of the most anti-Semitic films ever released by the UFA. The plot of the movie revolves around Kristina’s character, a sweet girl engaged to the love of her life. However, a Jewish man rapes her, and his friends torture her fiance. The brutality, violence, and loss of her virtue cause the young woman to commit suicide by drowning herself.

This movie stirred up an immense amount of hatred toward Jewish people. It was no coincidence that Goebbels and Hitler planned to release this movie immediately before announcing their plan to send Jews to concentration camps. Many people consider Kristina Soderbaum partially responsible for the deaths of the millions of people who died during the Holocaust. 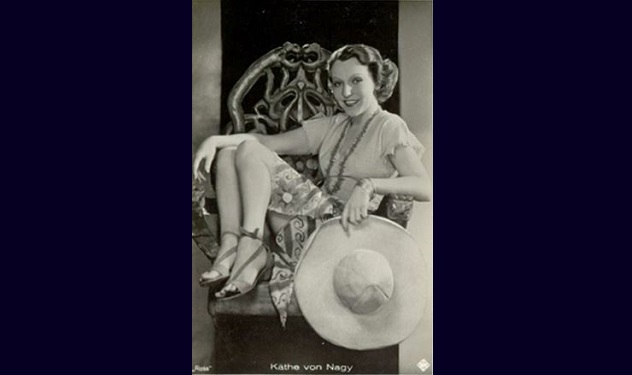 Kathe von Nagy was one of the only actresses with non-Germanic features who succeeded in Nazi films. She grew up in a rich Hungarian family, studying French and German as a girl. She was a published writer in Budapest, and she enjoyed the arts as a young woman. However, she grew bored helping with her family business, so she began acting in silent films during the 1920s.

Her first husband, Constantin J. David, was Jewish, but he lived in Italy, so he was spared the fate of other German Jews. Since Kathe was already an established actress, she simply continued acting when the Nazis took over, but she held back from performing too much during the war.

Unlike many of the other actresses who were under a microscope, Kathe was free to roam the world, making movies in both France and Italy, all while enjoying the relationship with her husband. 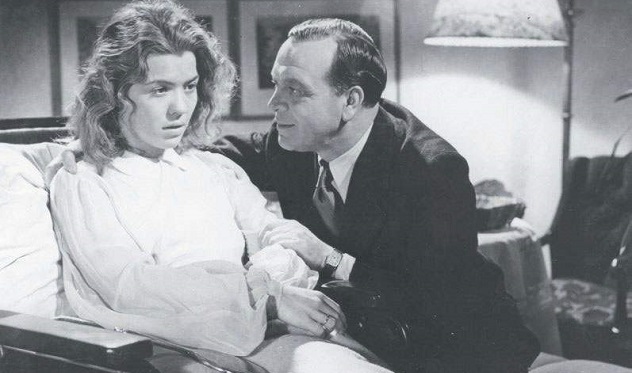 Heidemarie Hatheyer is probably best known for Ich klage an (I Accuse), a film where she played a woman diagnosed with multiple sclerosis. In the movie, Hatheyer and her fictional husband decide that she should poison herself. This way, she’ll die peacefully instead of living a life of pain and suffering.

The rest of the movie is a real-time conversation in a courtroom filled with doctors, lawyers, and judges, all debating if they should charge the husband with murder. This is said to be one of the most effective Nazi propaganda films because it ultimately decides that euthanasia is ethical, a plot that justified the T4 Program. This Nazi policy ordered the mass killings of people with disabilities and terminal illnesses across the country.

After World War II was over, Ich klage an was banned from distribution. Nevertheless, Heidemarie’s performance is truly compelling, and it’s easy to see how her acting skills contributed to countless deaths. If you’re curious to see one of the most dangerous Nazi propaganda pieces ever created, the film is available online, complete with English subtitles.