Although we generally consider fashion and interior design to be human pursuits, the animal kingdom is also brimming with organisms that modify their appearances or their homes with objects that they’ve found. From birds that decorate with dead bodies to crabs that create colorful wardrobes, here are 10 animals that slay the style game.

10 The Bird That Knows How Important Accents Can Be

We all know that birds build nests, but it is less commonly known that many birds go way beyond the basic twig decor. A shining example is the bowerbird, which creates house-like nests on the ground.

The bowerbird decorates the interior and exterior of its nest with an assortment of flowers, mushrooms, and even human-made objects like buttons and plastic.

Males with the most aesthetically pleasing pads will attract females as mates. So male bowerbirds spend a crazy amount of time decorating and redecorating until everything looks perfect. And to think that most humans males won’t even spring for some throw pillows.

9 The Bird That Collects Corpses

Oh look, an adorable little bird! Look at the cute bandit mask on its face. And aw, it’s setting out decorations to attract a mate? Let’s take a closer look.

Wait a minute. Are those dead bodies?

Yes, they are. It turns out that male loggerhead shrikes attract females by impaling the bodies of their insect victims on barbed wire or thorns. Males who have more bodies on display do indeed have better mating success.

Warning: This tactic will probably not work on human women.

8 The Society Where Style Is All About Power 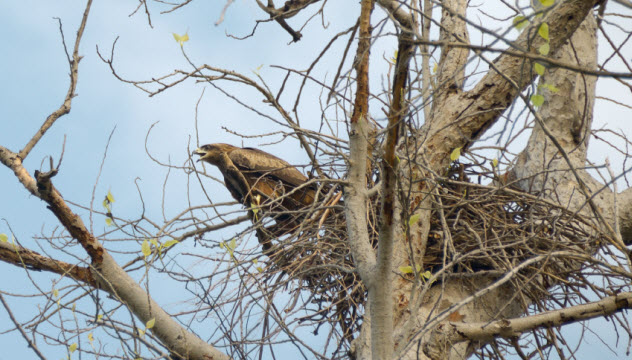 In the human world, style is thought to be personal. There’s no real right or wrong. However, for one species of bird, there is only one “in” look—and not everyone gets to rock it.

Black kites are predatory birds that are found in Europe, Asia, Africa, and Oceania. Scientists noticed something strange about the birds’ nest-building habits. Often, there would be bits of plastic surrounding the eggs in the nest.

But it was not just any old plastic. It had to be white plastic. What’s more, only the most dominant birds get to decorate. Subordinate birds actually removed the white plastic that scientists had put in their nests.

7 The Crab That Takes Camouflage To A Whole New Level

The poster child for invertebrate fashionistas is the aptly named decorator crab. These crustaceans cover their bodies with strikingly colorful corals, sponges, and shells.

How do they get it all to stick? Their bodies are covered with hairlike structures called setae that grip their chosen adornments and keep them in place.

The purpose of this behavior is thought to be camouflage and protection from predators. They even wear “perfume.” Many of the attached creatures give off stinky smells, which may deter predators even more. Eau de crab, anyone?

Was anyone else obsessed with the Eric Carle book A House for Hermit Crab when they were younger?

Apparently, this charming childhood tale of a crab who adorns his shell with friendly sea life was actually based on the decorator crabs we just discussed, not on hermit crabs. But hermit crabs are also fashionable, just in a more subtle way.

Decorator crabs are on the cutting edge of high fashion while hermit crabs know that classic pieces never go out of style. Hermit crabs do not grow their own shells. Instead, they use shells that have been discarded by other organisms. But they’re quite choosy about which shell they will wear. In fact, their choice of shell can affect their success at finding a mate.

5 The Insects That Make A Valuable And Shiny Product 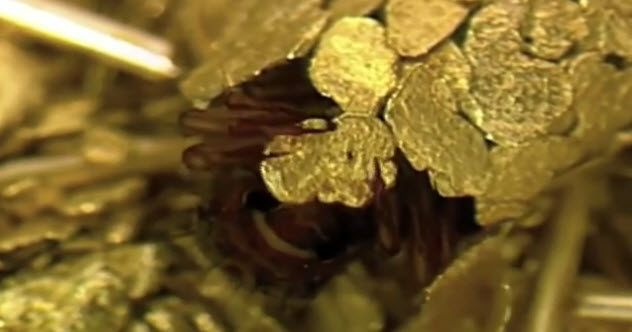 The caddis fly is a type of insect that is found in freshwater habitats, usually streams. These organisms are so fashionable that we actually have them making jewelry for us.

When a caddis fly is in the vulnerable larval stage, it surrounds itself with a protective case made from bits of rock and other debris in the water. It is similar to the cocoons that caterpillars make before they become butterflies.

After enterprising scientists and entrepreneurs decided to give the larvae prettier building materials like gold and gemstones, the caddis flies had no problem using these materials to build more attractive cases. Nowadays, we’re a quick online search away from scoring a beautiful piece of jewelry made by an insect.

4 The Spider That’s Compensating For Something

Portraits have long been a staple of human decoration. Whether it’s an oil painting of a monarch or a simple family portrait, we love to look at ourselves. It turns out that some spiders do, too.

Scientists recently made a mind-blowing discovery while exploring the Peruvian Amazon. A tiny spider, probably in the genus Cyclosa and only about 5 millimeters long, spins its web with a giant spider decoy in the middle.

The decoy is made from small bits of gathered debris and creates the illusion of a spider that is hundreds of times larger than its creator. While it’s funny to think that this little guy is just compensating for something, the decoy is probably meant to deter predators.

3 The Mollusk Who Just Wants A Break From The Paparazzi 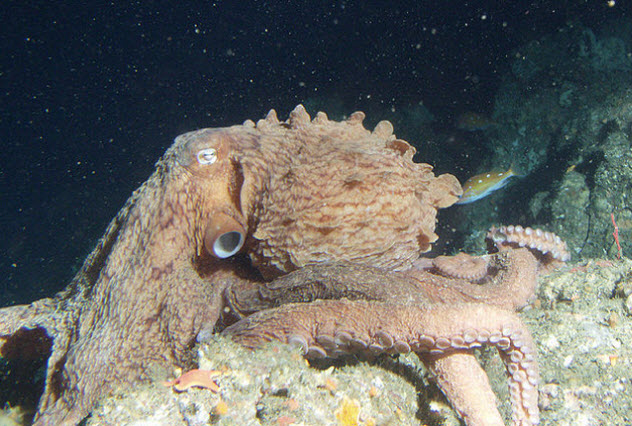 We’ve all seen houses that clearly belong to someone rich and famous. They have walls that are 5 meters (15 ft) high and an array of security cameras. There’s no way to see inside. But maybe if we’re patient enough to wait outside the gates, we’ll eventually see the celebrity emerge.

Apparently, giant Pacific octopuses are the rock stars of the sea because they engage in similar behavior. These intelligent mollusks have been observed walling in the entrances to their dens with large shells and other detritus.

Paparazzi—or scientists in this case—actually position underwater cameras next to these midden heaps to try to snap some footage of the elusive creatures.

2 The Urchin That Wears Shades 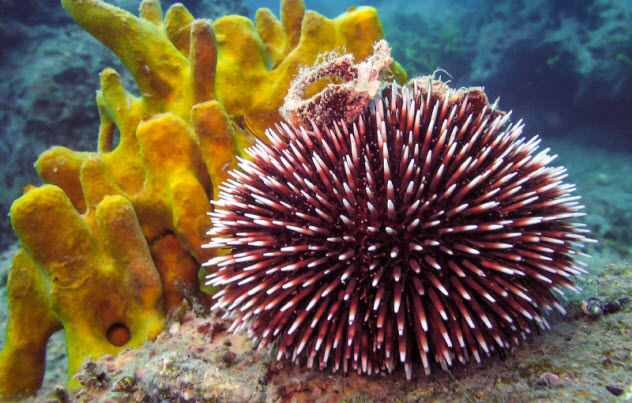 Sea urchins are the spiky pincushions of the sea. These relatives of starfish and sea cucumbers are known for ruining the days of unsuspecting, barefoot waders, but the sea urchins are usually doing it in style.

Sea urchins are often seen sporting small shells and rocks on their backs, holding onto them with the tube feet that cover their bodies. This festive look is not only fierce but may provide benefits such as protecting their spikes from snapping off. It may also protect sea urchins from harmful UV rays. 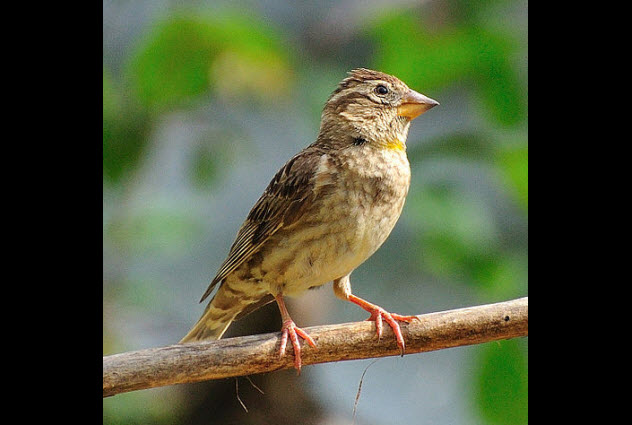 People love to collect souvenirs from their travels and display them in their homes. But this behavior is not unique to humans. Rock sparrows are nondescript, little brown birds that engage in similar behavior. Their nests are anything but bland.

They collect the feathers of flashier birds—blue is their favorite color—and display them prominently in their nests. The chicks in nests that have more feathers receive better parental care, possibly because both parents are more invested in guarding a high-quality nest.

So go ahead, show off those expensive knickknacks. It might not make your lover stay, but at least, the knickknacks will be a good conversation piece.