Every four years, the Olympic Games attract millions of viewers across the globe who watch the best men and women go head-to-head in the one of the greatest battles of mental and physical toughness on the planet.

There is something magical about the fact that any competitor who enters the stadium, ring, pitch, or velodrome could be crowned the champion athlete in their chosen discipline. But over its 120-year history, the games have seen many people try to unbalance the level playing field or prevent equal participation before the competition even began. 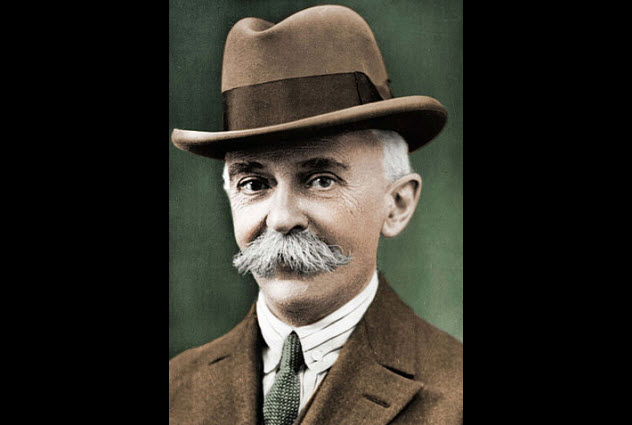 Pierre de Coubertin, known by many as the founder of the modern Olympiad, has an international reputation for embodying fair play and the Olympic spirit. However, the International Olympic Committee (IOC) doesn’t like to talk about Coubertin’s rather offensive view of female competitors.

Along with a few other IOC members, Coubertin tried his best to make sure that women were not invited to compete at the Olympic Games. In a 1912 letter, he wrote, “In our view, this feminine semi-Olympiad is impractical, uninteresting, ungainly, and, I do not hesitate to add, improper.”

Coubertin’s sexist ideas stemmed from the view that the ancient Olympic Games tested male strength, endurance, and mentality and women had no place interfering in that. However, Coubertin didn’t get his way for long.

In the second Olympic Games in 1900, women were allowed entry into tennis and golf. His feeling that “the Olympic Games must be reserved for men” was finally put to rest when women took part in boxing, the final male-only sport, in the 2012 Olympics. 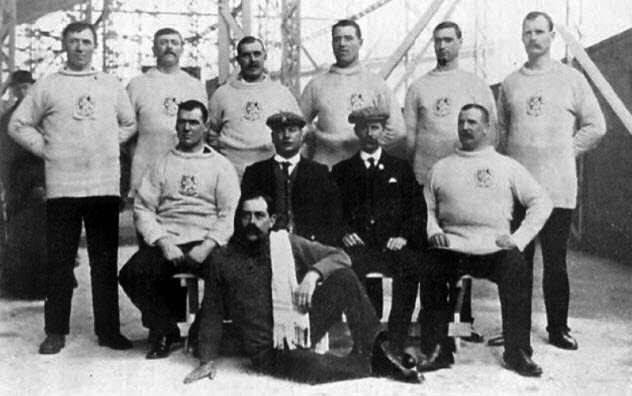 The British team expected to win everything at the 1908 London Olympic Games and got a bit miffed when they didn’t. Biased officials, heavily weighted shoes in the tug-of-war, and a suspicious rerunning of the 400m after the Americans looked set to win all contributed to the cries of cheating from other nations.

Despite this, the Americans dominated in most events. One American newspaper reported, “The American victory at the Olympic Games in London, won in spite of unfairness and in some cases downright cheating, will be celebrated by a national welcome to the athletes on their return to New York.” 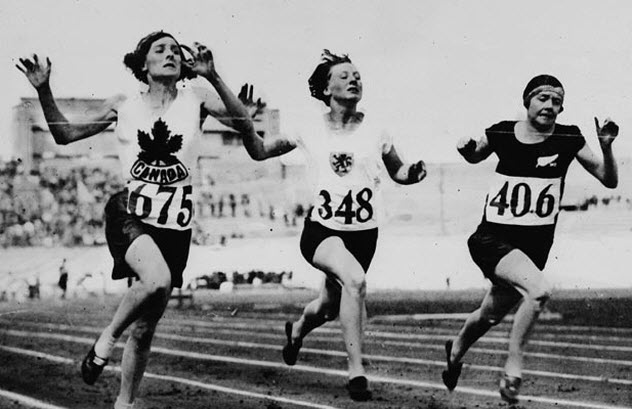 In 1928, women were allowed in the Olympic Games for the first time. Although the men had been competing on the track since the first modern games in 1896, women had fought for inclusion and celebrated joyfully when the Olympic stadium was opened up to them after 32 years.

However, the women didn’t expect that one of the events, the 800m race, would be banned for 32 years after the final in Amsterdam. The cause of the drama: women falling over with exhaustion after crossing the finish line.

Newspaper reports claimed that the women lay in desperate states after the race, having pushed their bodies to the absolute limit. Coaches and officials called for the event to be pulled, claiming that they were looking out for the safety of female competitors who could seriously damage their weak, feminine bodies if they ran too hard.

It wasn’t until the 1960 Olympics that everyone realized that they were being rather stupid and allowed the middle-distance competitors back on the track.

7 Cycling In The Marathon 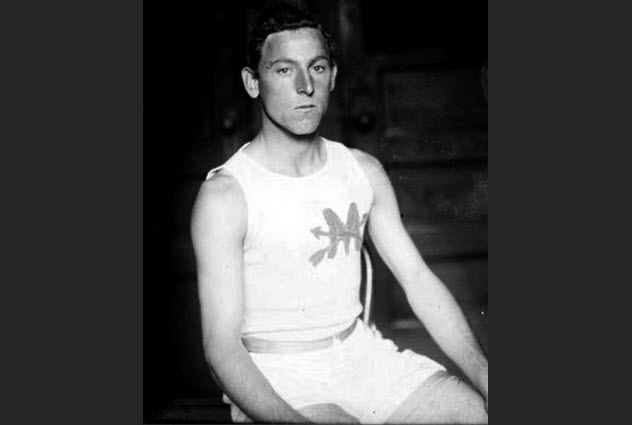 It’s every athlete’s dream to win an Olympic gold medal in front of a home crowd. In 1904, American Fred Lorz appeared to do just that when he crossed the finish line of the marathon in first place in front of a St Louis crowd. But everything was not quite as it seemed.

The sweltering temperatures and dusty conditions on the road caused vomiting, cramps, bleeding, and dehydration among many of the 32 competitors. Lorz also was not doing well at the 9-mile mark and was forced to slow to a walk when he was lucky enough for a car to pass by—which offered to give him a lift.

At mile 11, he felt recovered enough to go it alone. A few hours later, he crossed the line first to rapturous applause. The jubilant home crowd celebrated as Lorz was presented with the winner’s wreath by President Roosevelt’s daughter Alice.

Then an official interrupted the proceedings to reveal the truth. Lorz claimed that it was all a joke and that he had never really intended to accept the victory. But the officials didn’t see the funny side and banned him from athletics.

6 Losing To Win In Badminton

You usually expect competitors in the Olympics to do everything in their power to win, but four pairs in the 2012 women’s doubles in badminton didn’t quite agree. Due to the round-robin format of the first stage of Olympic doubles, teams were well aware that they had a better chance of advancing to the final if they lost an early round and faced an easier competitor in the following round.

Two South Korean, one Chinese, and one Indonesian team had already qualified for the knockout stage of the tournament. They attempted to purposefully lose their final round-robin matches to best position themselves in the match play rounds.

Despite the protests of these teams, the Badminton World Federation deemed their behavior unsporting and dishonest and threw them out of the tournament. 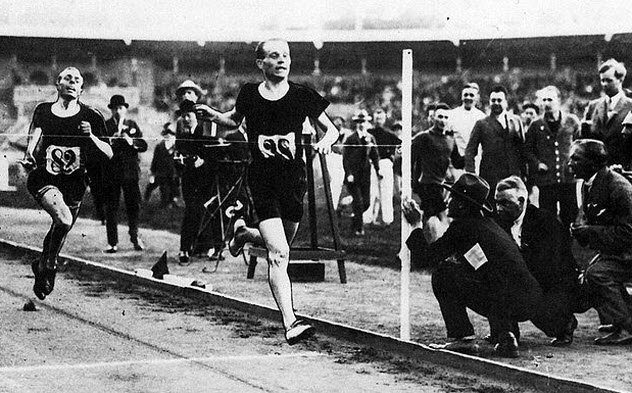 It is not often that athletes will campaign to reinstate a fellow competitor, but that is just what the marathon runners of the 1932 Olympics in Los Angeles did. Long-distance legend Paavo Nurmi was disqualified from the Olympic Games after officials claimed that he had accepted too much money for travel expenses and was now a professional athlete.

During Nurmi’s incredible long-distance running career, he had become the first athlete to win five Olympic gold medals at one Olympic Games. But his success made him a global superstar, which caused suspicions over the payments that he was receiving to appear at competitions.

After he was branded a professional in a competition reserved for amateur athletes, Nurmi was suspended and never competed in the Olympics again.

4 Unwanted Violence In Tae Kwon Do 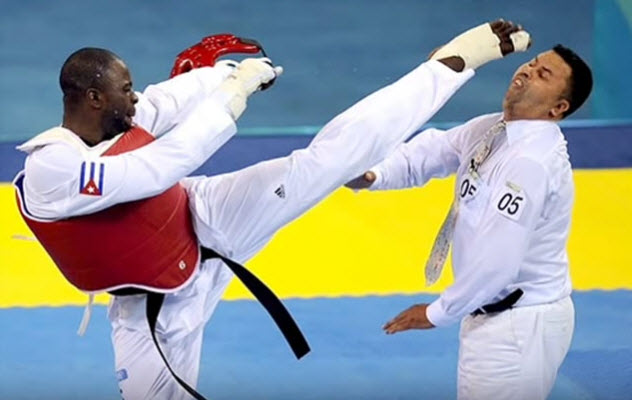 Kicking is usually encouraged in martial arts. But Cuban competitor Angel Matos was disqualified from the 2008 Olympic Games and banned for life for kicking a referee in the face.

During his bronze medal match, Matos took too long during a medical time-out and was disqualified by referee Chakir Chelbat as a result. However, Matos wasn’t impressed by the ruling and unleashed a powerful kick right in the face of the referee.

3 A Controversial Fine In Cycling 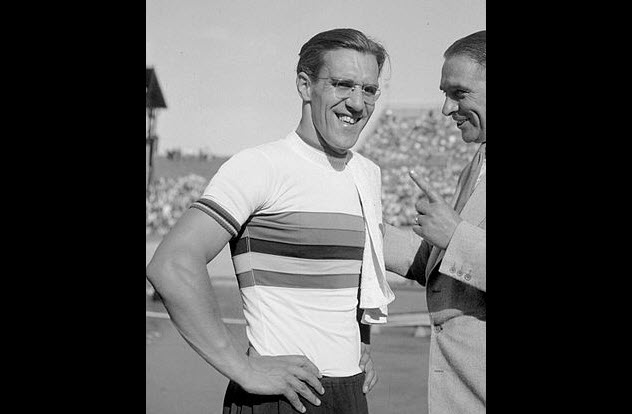 The 1936 Berlin Olympics was filled with controversy. However, among the political and racial problems on the track, a bizarre incident occurred on the velodrome.

Toni Merkens, a German cyclist, was competing in the sprint match final against Arie van Vliet of the Netherlands when Merkens blatantly interfered with van Vliet’s line. No foul was called, and Merkens went on to win the gold medal.

The Dutch teamed protested. But after much debate, it was decided that Merkens should still receive his medal and simply pay a fine of 100 marks.

If a fighter in the boxing ring fell to the ground five times in one round, you would think that he probably wouldn’t win his match. That’s what the whole stadium in ExCel London thought during the match between Azerbaijan’s Magomed Abdulhamidov and Japan’s Satoshi Shimizu in 2012.

However, Ishanguly Meretnyyazov, the referee from Turkmenistan, thought differently and declared Abdulhamidov the winner after ignoring three knockdowns and helping him to fix his headgear. Shimizu was reinstated after appeal, and the referee was sent home the next day by the International Boxing Association.

Identical twins can get up to some clever tricks when people can’t tell the difference between them. In that vein, Madeline and Margaret de Jesus pulled off a spectacular illusion at the 1984 Olympics when Margaret posed as Madeline in front of the eyes of the world.

It all started after the long jump when Madeline injured herself and couldn’t run in the heats of the 4x400m relay in which she was scheduled to participate. With the sisters looking so alike that their own coach couldn’t tell them apart, it was easy for Margaret to step in for the heats and help the Puerto Rican team qualify for the final.

They twins nearly got away with their plan. But after finding out about the scheme, their own coach pulled the team from the final.

Natalie is a history student at St. Andrews University with a keen interest in all things sport.