When used by animals and plants, smells provide a number of useful clues. They provide a way of spreading information, whether warnings or mating readiness. Certain compounds also serve as defense mechanisms by warding off predators with intense odors. 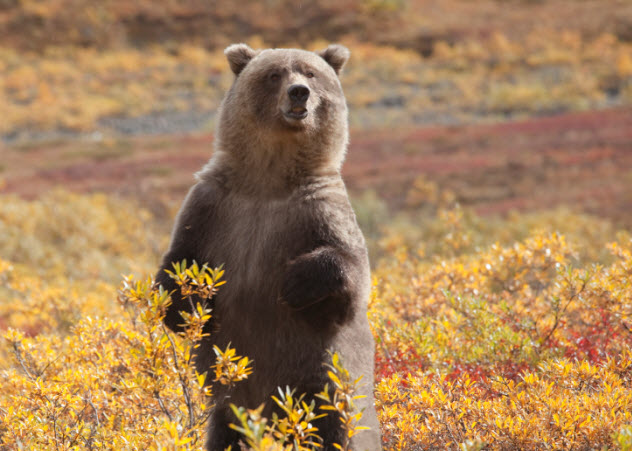 Grizzly bears, one of the most dangerous animals in North America, sometimes have trouble adapting to humans encroaching on their habitats. This can cause the bears to attack people and damage property.

Although these highly intelligent grizzlies have poor eyesight, they are one of the ultimate predators. These animals have a number of handy traits that make it easier for them to survive, including their extremely sensitive noses.

A grizzly’s nose has honeycomb-like tissue throughout the nasal cavity. This bear’s sense of smell is believed to be up to 100,000 times stronger than that of a human. As a result, grizzlies can do a number of highly specialized things, like smelling clams underground or detecting fish underwater.

In fact, grizzly bears can smell things up to 30 kilometers (18 mi) away. This helps grizzlies to scavenge the kills of lesser animals. The bears scare the other animals away, which makes it easier for the grizzlies to find food.

Not to be outdone, polar bears have been known to detect seals up to 65 kilometers (40 mi) away. 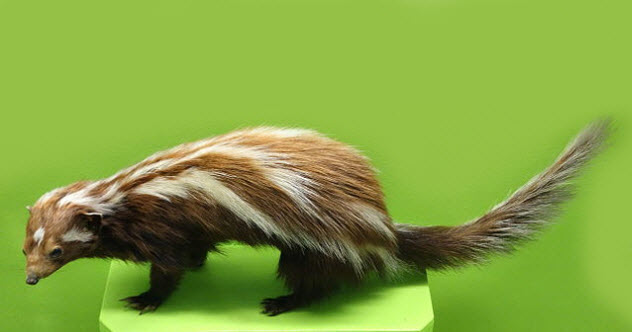 The striped polecat (aka a zorilla) labors in relative obscurity on the African savanna when compared to the skunk, its more famous cousin. However, the striped polecat deserves to be lauded because it may be the smelliest creature on the planet.

The scent, which is often compared to rotten eggs or a gym locker, can be smelled up to 2 kilometers (1 mi) away. This odor—with its eye-watering sting—is generated by sulfur-containing chemicals known as mercaptans.

The polecat’s secretions also taste terrible, which may serve as an additional deterrent to possible predators. This is useful for the polecat, a member of the weasel family, as playing dead is the next trick in its playbook if its smell proves ineffective.

8 Rats
Sniffing Patterns Depend On The Smell 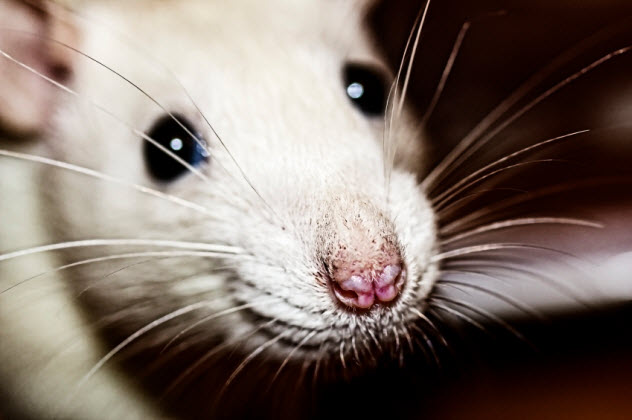 Based on studies performed at the University of Chicago, researchers have discovered that rats, along with a few other animals, have the ability to focus their sniffs. The patterns change depending on what they are trying to smell.

Scientists had long theorized that some animals had this ability, which is much like humans focusing their sight. For rats, this sniff focus becomes an invaluable tool when they are searching for food or evading predators.

In the study, when rats were looking for a particular chemical, they could tell if the smell was fainter, stronger, or just different. Then they would change their amount of sniffing before choosing the correct container.

In fact, regardless of what obstacles were placed in their way, the rats were always able to detect the correct odor. The scientists also noticed that pungent odors had a greater effect on the front of a rat’s nasal cavity, which changed how deeply the rat inhaled.

7 Moles
Can Smell In Stereo 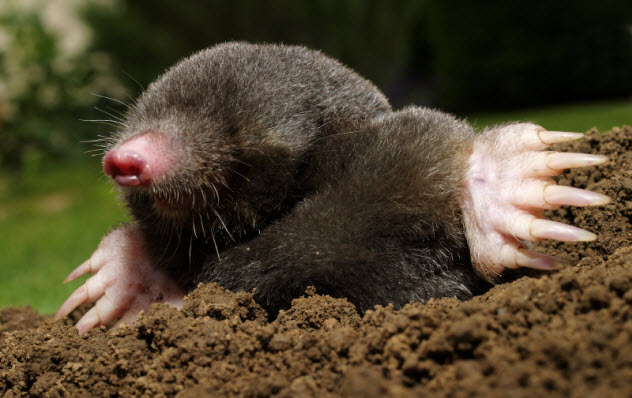 The common mole uses each of its nostrils to triangulate an odor’s position, which enables the animal to find the smell’s source in mere seconds. For moles, this ability is crucial to their survival because they’re blind.

Until recently, researchers had believed that no mammal possessed this ability. So scientists now want to test for this ability in other animals that rely heavily on their sense of smell, such as rats, dogs, and pigs.

To confirm their hypothesis about the moles’ ability, researchers stuck straws into the animals’ noses, which slowed them down considerably when they were looking for food.

When a straw was placed in each nostril and then crossed, the moles would veer in the opposite direction of the food, indicating that they truly smelled in stereo. Sharks and ants are said to possess this ability as well.

6 Mosquitoes
Can Smell You Better At Night 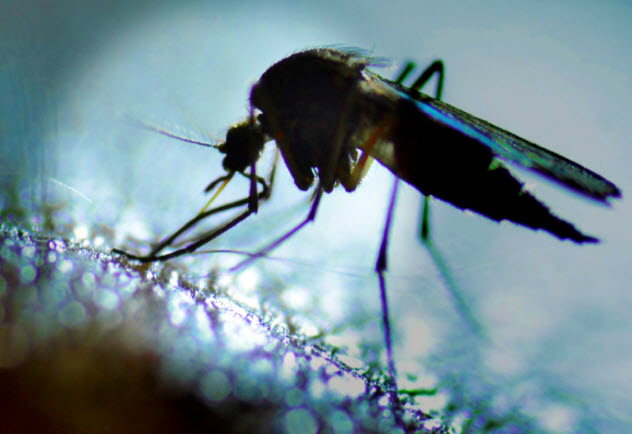 Mosquitoes, one of the greatest pests in human history, seem to be great hunters during the night. Science may have finally figured out why. Apparently, a chain of odorant-binding proteins (OBPs), which help mosquitoes to smell humans, accumulate in their systems in greater quantities at night.

OBPs are believed to help transport molecules to the mosquito’s olfactory receptors. In addition, the mosquitoes retain their sensitivity to odors which do not require OBPs as well as the levels of proteins that are used to smell those odors.

By using the smell of our bare skin and the carbon dioxide that we emit, mosquitoes can actually smell us from about 30 meters (100 ft) away. A number of other insects, including tsetse flies and cockroaches, also exhibit greater smelling abilities at night.

Like many animals, mosquitoes have daily rhythmic cycles. Researchers believe that they can use this new information to help prevent the spread of malaria. 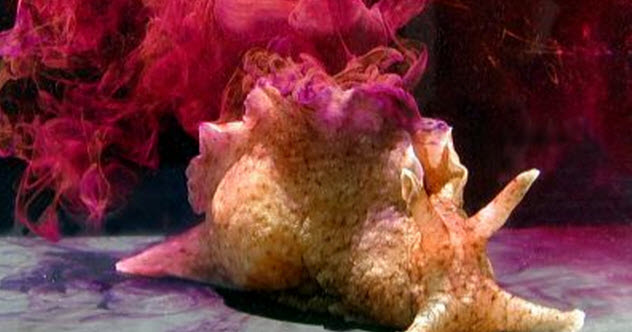 Sea hares, which are incredibly slow-moving and vulnerable marine animals, emit a specialized secretion to aid in their defense and survival. When they are attacked, they spray a mixture of purple ink and a sticky white substance known as opaline.

For years, researchers were stymied as to how this action protected the sea hares. These animals also have a rudimentary form of camouflage, which is determined by the color of the seaweed that they eat and live in.

The sea hare’s chemical secretion inhibits a predator’s ability to smell by coating the predator’s antennae, which enables the sea hare to escape while the victim is trying to clean itself.

Due to this incredible defense mechanism, sea hares don’t have many predators other than the California spiny lobster. But the lobsters are usually tricked by the sea hares’ secretions and try to eat the ink instead. As a last resort, the sea hares also have toxins in their flesh.

4 Honeybees
Can Smell Better Than Dogs 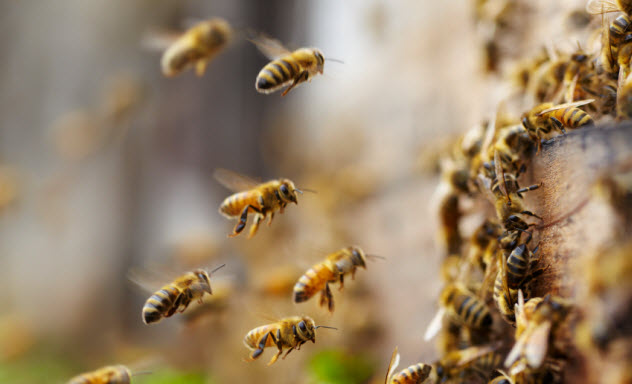 Various organizations, including DARPA in the US and Inscentinel Ltd. in Britain, have been training honeybees to detect bombs and various illegal drugs. Due to their incredible sense of smell, honeybees are as good as or even better than the dogs which are normally used for such purposes.

Bribed with sugar water as a reward, the bees can be seen extending their proboscises when detecting the target smell, whether it is a bomb component or an illicit drug.

Honeybees are also easier and cheaper to train, and they have the ability to detect nearly any smell. While a dog might take months to become an effective sniffer, a bee can be taught how to find contraband in as little as a few hours. In addition, they can detect odors so faint that these smells are the equivalent of a grain of salt in an Olympic-size swimming pool. 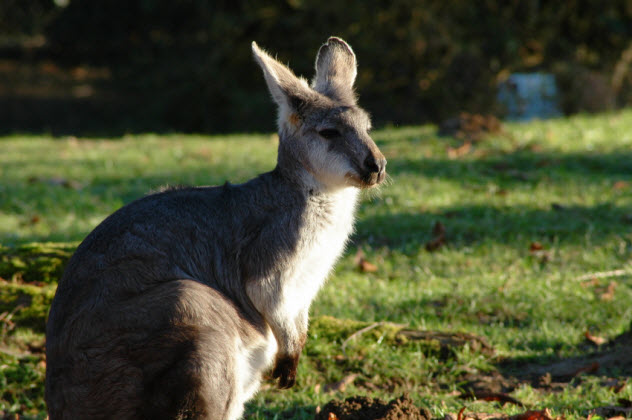 Western grey kangaroos, one of the most populous species of kangaroo in Australia, have a number of characteristics that separate them from other kangaroos. For example, they have developed a resistance to sodium fluoroacetate, a toxin found in many native Australian plants.

The males also have a great feature related to smell. Known to the locals as “stinkers” or “boomers,” the males secrete an extremely pungent odor that smells like curry.

Created via a gland located on their chest, the smell serves no visible purpose except discouraging predators from eating the kangaroos. Even Aboriginal peoples will only eat these kangaroos as a last resort. 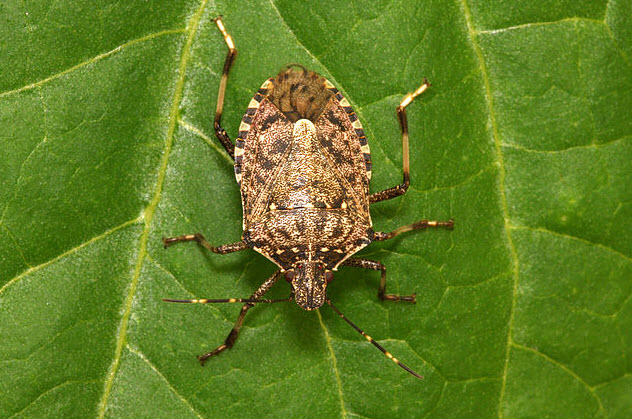 The brown marmorated stinkbug, an extremely common insect with nearly 300 species, can be found all over the world annoying everyone within its reach. The US became inundated by them after they were accidentally introduced through packing materials from China in the late 1990s.

These stinkbugs travel in swarms, devastating crops by piercing the flesh of fruits and vegetables. They cause billions of dollars of damage each year. But brown marmorated stinkbugs also possess an interesting quirk.

When they are crushed or otherwise harmed, they give off an odor that smells similar to cilantro. Some people have also detected a smell like burned rubber. This odor can be transferred to fruit, which is a major problem with wine grapes. 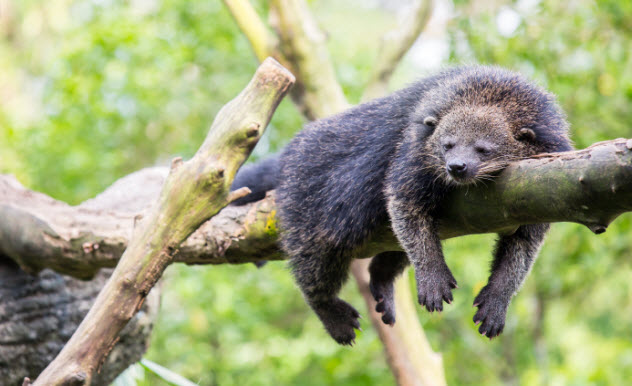 Binturongs (aka bearcats) possess a weird collection of characteristics, including the face of a cat, the walk of a bear, and a prehensile tail that is nearly the length of its body.

A distant relative of the cat and a member of the lesser-known viverrid family, binturongs have a seemingly useless trait: They secrete a substance that smells strongly like buttered popcorn.

They also perform specialized spreading “dances” when they want to mark their territory. These dances usually involve dragging their butts across the branches and foliage which they call home.