Of all the extinct hominid species, Neanderthals are perhaps the most fascinating and well-studied. There’s something about them that captures our interest and kindles our curiosity. In the past 10 years, several groundbreaking discoveries have been made about our extinct cousins that completely revolutionized the way we view them. Scientists used to think that Neanderthals and modern humans did not interbreed. Thanks to the dedication and hard work of our brilliant researchers, we now know that the two species coexisted and mated with each other, producing hybrid offspring that were stronger and smarter. 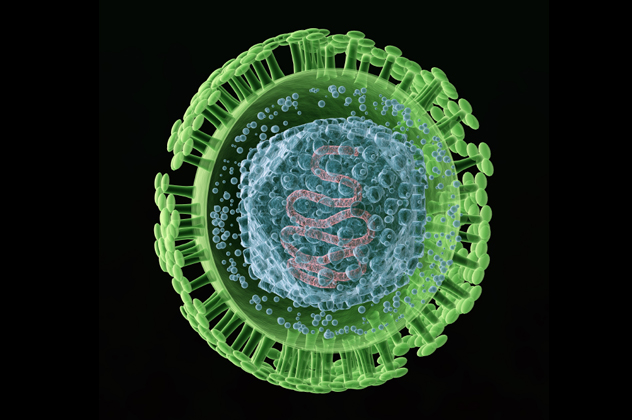 Genital herpes is a sexually transmitted disease that is caused by two types of viruses: herpes simplex type 1 and herpes simplex type 2. In the United States, it is estimated that one in six people from age 14 to 49 suffer from this STD. Contrary to popular belief, genital herpes is not a modern illness. It’s an ancient disease that has plagued mankind for thousands of years. New research suggests that Neanderthals might have suffered from this STD also, and it might have contributed to their extinction.

Researchers Simon Underdown from Oxford Brookes University and Charlotte Houldcroft of the University of Cambridge concluded that Neanderthals suffered from genital herpes after analyzing pathogen genomes and ancient DNA. They suggested that it was modern humans who gave the dreadful disease to Neanderthals.

Around 100,000 years ago, humans and Neanderthals started to interact and interbreed with each other. We all carry 2 to 5 percent of Neanderthal DNA as a result of this interbreeding. Aside from genital herpes, researchers also suggest that modern humans gave Neanderthals tapeworms and stomach ulcers.

9Their Massive Eyes Might Have Led To Their Extinction 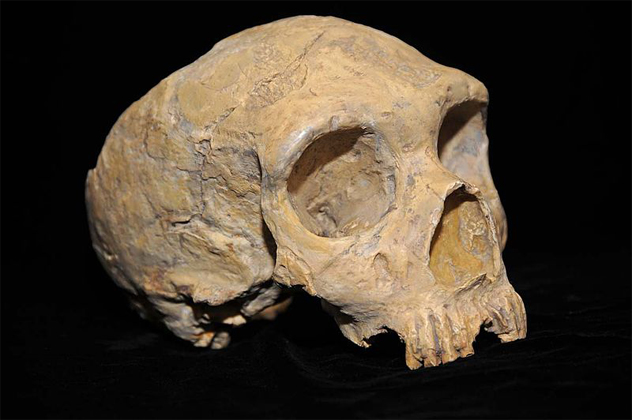 Neanderthals have larger eyes than modern humans. This fact led Eiluned Pearce of the University of Oxford to suggest that the massive eyes of Neanderthals might have caused their demise. Pearce believes that the big eyes meant that a large part of the Neanderthal’s brain was devoted to vision and body control, leaving less brain to deal with other functions, like social networking.

When our extinct cousins faced big problems like climate change and competition from their human contemporaries, they were severely disadvantaged. Hypothetically, had the Neanderthals possessed the ability to form complex social networks, they could have possibly survived the catastrophes that led to their extinction.

Not all scientists are convinced with Pearce’s theory and have even contradicted it. One of them is John Hawks of the University of Wisconsin-Madison. Together with his colleagues, Hawks examined 18 living primate species, and he discovered that “big eyes actually indicate bigger social groups.” Hawks asserts that the size of the eyes has nothing to do with the formation of social networks. Furthermore, he believes that the reason why Neanderthals had bigger eyes is that they were slightly larger than our ancient ancestors, and that their eyes had to be proportional to their bodies.

8They Strengthened Our Immune System 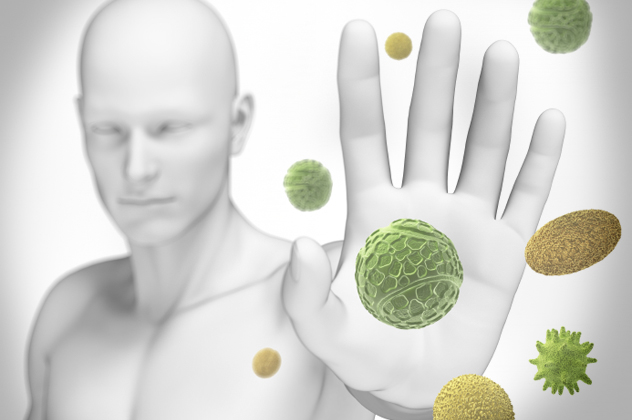 As recent as January 2016, researchers from the Max Planck Institute for Evolutionary Anthropology and the Institute Pasteur published two independent studies that showed that interbreeding with the Neanderthals had strengthened the immune system of modern humans. When our ancient ancestors migrated from Africa to Europe, not only did they meet the Neanderthals, they also mated with them. This interbreeding resulted in human-Neanderthal hybrids that possessed gene variations capable of warding off infection more effectively than their parents.

7They Ate Plants and Had Better Teeth 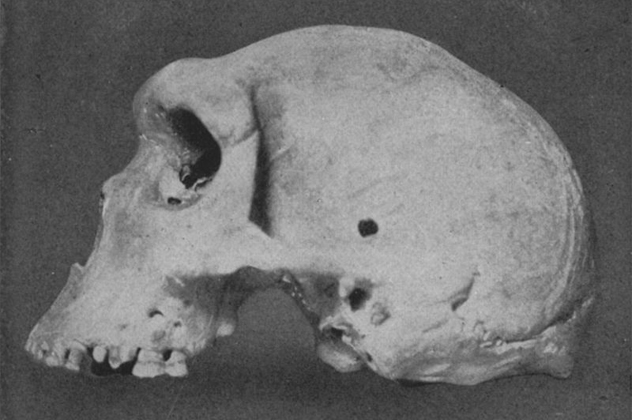 Scientists are learning a lot about the Neanderthals, all thanks to their teeth. Experts used to think that Neanderthals were predominantly meat-eaters. New analysis from the teeth of our extinct cousins showed that they were plant-eaters also, and that they were self-medicating by consuming herbs such as chamomile and yarrow. Chamomile is known to calm an upset stomach, while yarrow is used to alleviate toothache. This discovery was significant because eating plants with no nutritional value suggested that Neanderthals possessed a detailed knowledge of their environment—they were more intelligent and resourceful than previously thought.

Recently, researchers also found that Neanderthals had healthier teeth compared to their human contemporaries. One study showed that our extinct cousins lost fewer teeth than humans with equivalent diets. Researchers Tim Weaver and Cassandra Gilmore of the University of California Davis compared the teeth of modern humans, Neanderthals, and other primates (such as baboons, orangutans, and chimpanzees). They discovered that it was modern humans who had the worst teeth, and that the Neanderthals kept their teeth longer with fewer cavities.

6They Knew How to Use Toothpicks 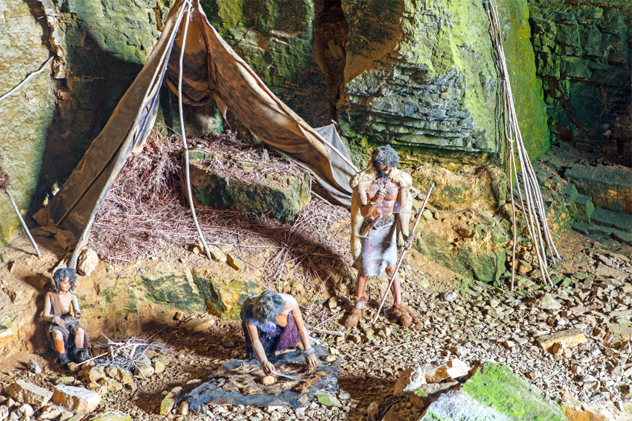 Speaking of molars and incisors, scientists discovered that Neanderthals knew how to clean their teeth by using toothpicks. This finding was made after 13 Neanderthal skeletons were discovered in the El Sidron cave in Spain and are believed to be at least 49,000 years old. Anita Radini, an archaeologist at the University of York in United Kingdom, and her team examined the teeth of these unearthed skeletons and discovered traces of conifer wood trapped in the dental calculus (fossilized plaque) in some of the teeth. It led them to believe that our extinct cousins had used barks of wood to clean their teeth and to alleviate gum pain. It could also suggest that Neanderthals used their teeth as a “third hand” to hold wooden tools.

This recent finding isn’t that surprising for many scientists. Previous studies have shown that our extinct cousins knew how to make the most of their campsite surroundings, including wood. They were also capable of creating tar-like pitch, fire pits, and wooden spears.

5They Gave Us Heart Attacks, Nicotine Addiction and Depression 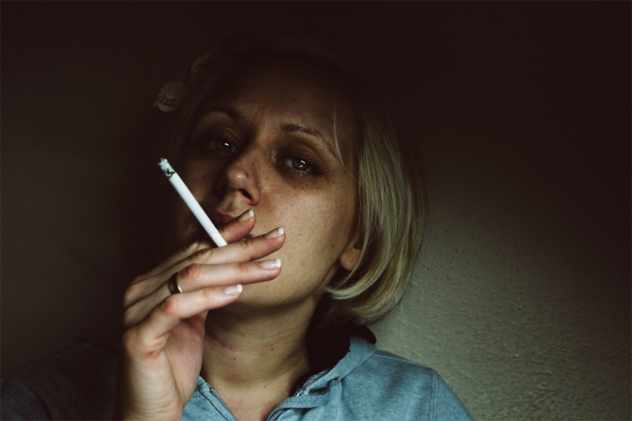 Depression, nicotine addiction, and heart attacks are some of the health problems that plague our society today. Though these diseases appear modern, new research from the Vanderbilt University and the University of Washington suggests that these illnesses could have originated from the Neanderthals. The co-author of the study, Joshua Akey, said, “You can blame your Neanderthal ancestry a little—but not too much—for whatever range of afflictions you have.”

Researchers Akey and John Capra made the discovery after examining the medical records and genes of 28,000 people. The records allowed the scientists to determine the health conditions of the subjects, and their genes enabled them to find the DNA that was inherited from the Neanderthals. It was clear that the presence of Neanderthal DNA had slightly increased the subject’s health risks.

4They Gave Us Diabetes 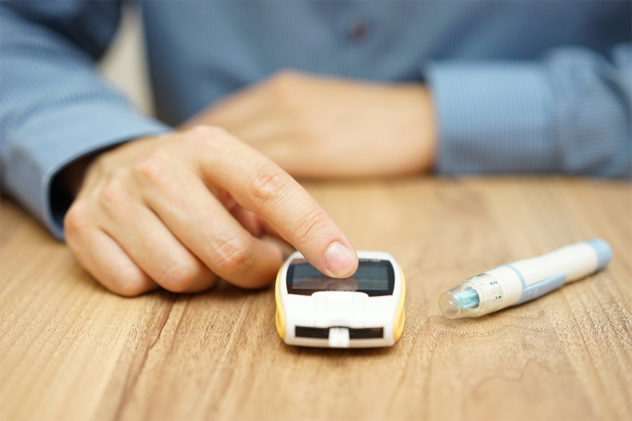 Harvard geneticist David Altshuler and his colleagues suggested that modern humans might have gotten the diabetes mutations from Neanderthals. This discovery was made several years after the Max Planck Institute for Evolutionary Anthropology sequenced the DNA of a Neanderthal from a fossil. The researchers were quick to point out that their findings don’t necessarily prove that our extinct cousins suffered from diabetes. It just means that the mutations that cause type 2 diabetes, especially among Latinos and Asians, originated from them.

Altshuler and his colleagues made the discovery after examining the DNA of 8,000 residents of Mexico and Latin America. The people chosen for the research were of Native American and European descent. Though the link between modern-day diabetes and Neanderthals is fascinating, the researchers emphasized that the essence of their work is the development of new treatments that could potentially eradicate this global health problem.

3They Were Mostly Right-Handed 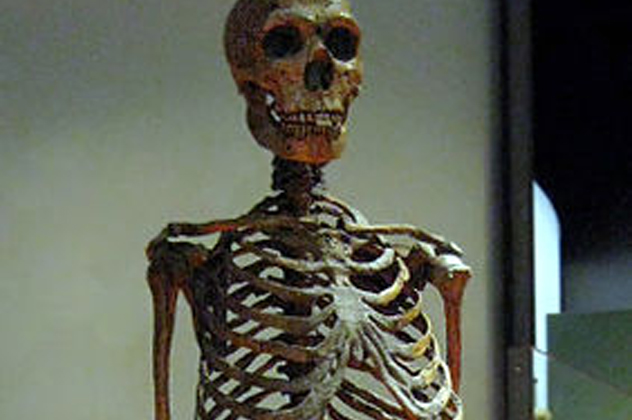 Right-handed people vastly outnumber lefties. It’s estimated that 70 to 95 percent of Earth’s population are righties, and studies show that the Neanderthals might have been predominantly right-handed as well. In 1957, a Neanderthal skeleton named Regourdou was discovered in France. Scientists had speculated that Regourdou was right-hand dominate because his right arm was more muscular than his left arm. At that time, there was no method available that would have verified the veracity of this hypothesis.

In 2012, a team of researchers came up with a unique approach that solved the Neanderthal handedness mystery. Led by David Frayer of the University of Kansas, the scientists conducted a complex analysis of Regourdou’s shoulders and arms and then connected the results with the scratch marks on the Neanderthal’s teeth. They discovered that Regourdou had more right-angled scratches on almost all of his teeth, indicating that he was indeed right-handed. Proving that most Neanderthals were right-handed, the significance indicates that our extinct cousins had the capacity for language.

2They Buried Their Dead 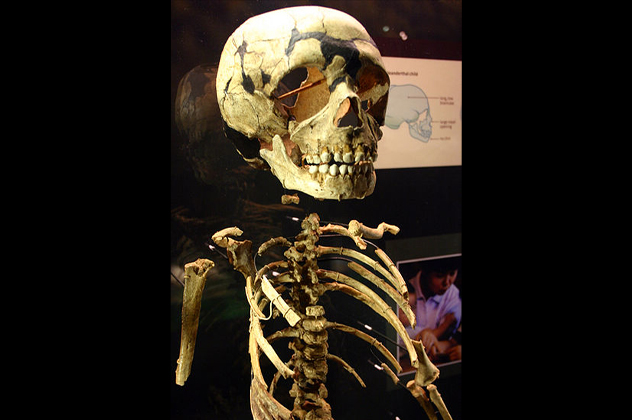 Neanderthals are often viewed as brutish, savage, and animalistic. But new discoveries show that they were more intelligent and sophisticated than we previously thought. One study’s lead author and researcher, William Rendu, claimed, “This discovery not only confirms the existence of Neanderthal burials in Western Europe, but also reveals a relatively sophisticated cognitive capacity to produce them.” He also said that Neanderthals had buried their dead long before the arrival of modern humans in Europe.

In 1908, several Neanderthal bones were discovered in La Chapelle-aux-Saints in southwestern France. The remains were so well preserved that, at the time, scientists speculated that they were intentionally buried. It turned into a heated debate by other experts, who claimed that the discovery had been misinterpreted and that the burials had not been intentional.

In 1999, William Rendu and his team excavated seven other caves in La Chapelle-aux-Saints. They discovered the Neanderthal skeletons of two children and an adult, along with the remains of a reindeer and a bison. The researchers analyzed the depression where the skeletons were discovered and realized that it wasn’t a natural feature of the cave floor, indicating that it had been dug intentionally. They also added that the skeleton’s pristine conditions—including the one found in 1908—indicated that they were covered soon after their death. 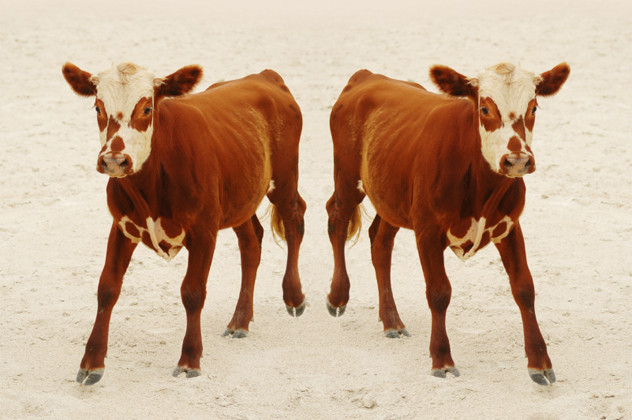 Neanderthals have been extinct for thousands of years now, but in the near future, there is a big possibility that they might return and coexist with us. This radical idea, as crazy as it might sound, is possible thanks to cloning. Scientists have already been successful in cloning certain animal species such as cows, pigs, rats, dogs, and cats. In 2003, they achieved a monumental biological feat when they cloned the Pyrenean ibex, an extinct species of wild mountain goat. Unfortunately, the clone died after several minutes.

The primary technique used by scientists in cloning animals is called nuclear transfer and involves the “intact cell (fresh or frozen)” of the animal that is to be cloned. In the case of the Neanderthals, no intact cells exist, and it would take a lot of extracting from 40,000-year-old bones to piece enough DNA fragments together to decode their genome.

In 2012, Harvard geneticist George Church suggested a cloning method that doesn’t involve intact cells. In his book Regenesis, Church proposed the use of healthy cells from some closely related species. For Neanderthals, the healthy cells it would require would come from modern humans. Once extracted, scientists could genetically engineer the DNA in the human cell to match the genome code of the Neanderthal . . . and cloning can begin. Though resurrecting the Neanderthals is possible, it probably won’t happen within the next decade or so. The approach needed to accomplish this feat has not been perfected, and the process is risky, expensive, and arduous.