The Romani are one of the most misunderstood and mythologized peoples on our planet, and it’s been that way for centuries. Rumors have long persisted that they blow into town, seduce men and women, and then steal everything in sight, including children. There are also many myths about lusty women, scarf-wearing fortune-tellers, and caravans.

Misconceptions and myths aside, the Romani remain one of the most fascinating ethnic groups in history.

10 The Huge Debate About Where They Came From 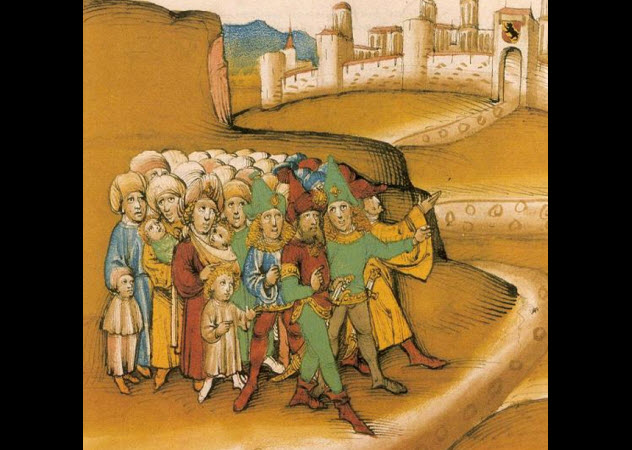 The Romani’s origins are shrouded in mystery. In the early days of their travels, it seemed that they magically appeared on the Continent. That alone may have sparked the Europeans’ feelings of fear and mystery about the Romani.

Noted professors theorized that the Romani originally made a mass exodus from India in the fifth century. That theory supposes that their flight was due to the spread of Islam, which the Romani were desperate to escape to protect their religious freedom.

This theory has them moving from India to Anatolia to Europe and further theorizes that the Romani people split into three distinct branches—the Domari, the Lomavren, and the Romani—during their mass exodus.

However, noted professor (and Romani activist) Ian Hancock does not support the theory. Instead, he proposes that there were as many as three separate migrations over a span of several centuries. Hancock used linguistics to further support his theories but was met with opposition to them. 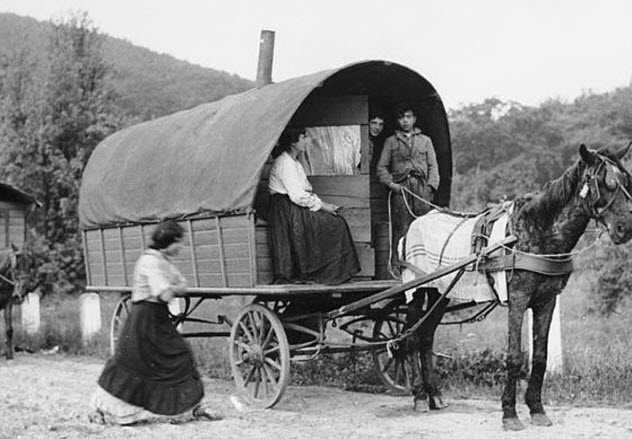 The Romani people have long been subject to exotification. Whether it’s the casual use of phrases like “gypsy soul” (free-spirited) or the Cirque du Soleil show Varekai, the Romani people are constantly stereotyped as a people who willingly move wherever they will.

According to the stereotype, they prefer to live outside the mainstream and eschew societal norms for a shifting nomadic lifestyle replete with colorful caravans and dancing.

The truth of their shifting, moving existence is far bleaker. For centuries, the Romani people have often been forcefully expelled from the countries in which they lived.

8 They Have No Country Of Their Own 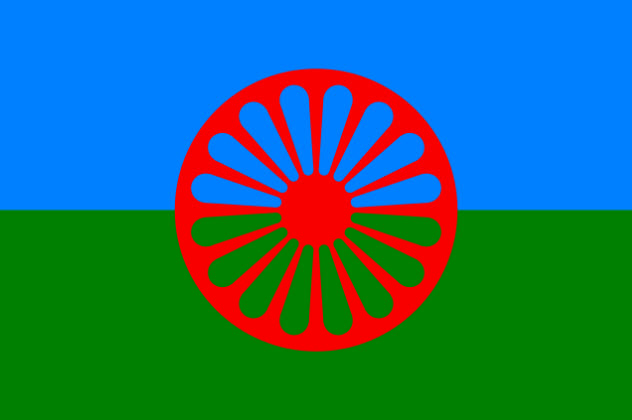 The Romani are a stateless nation. Most countries refuse them citizenship even if they were born within the country. Centuries of persecution, their insular society, and mitigating factors in the post-Yugoslavia era have left the modern Romani adrift, apart from society, and stateless.

The statelessness of the Romani was not fixed by the 1977 creation of the International Romani Union. In 2000, the Romani were officially declared a non-territorial nation.

This statelessness makes the Romani legally invisible. Without access to health-care services, they often lack verifiable citizenship or birth certificates. That leads to many of the same issues faced by “legally invisible” people across the world.

They cannot access education, health care, and other social services. They can’t even get passports, which makes traveling difficult or impossible.

7 They Are Among The Most Persecuted People On Earth 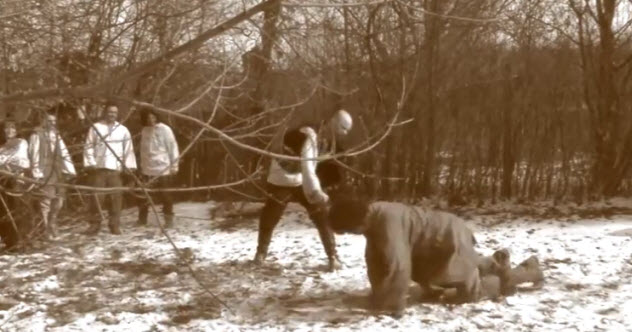 The Romani were an enslaved people in Europe, most notably in Romani, from the 14th to the 19th centuries. They were bartered and sold and considered to be less than human.

In the 1700s, Maria Theresa, sovereign of the Austro-Hungarian Empire, made the Romani people, dress, and occupations illegal. This was done to force the Romani to integrate into society.

Maria Theresa was not the only ruler who attempted to force the Romani to assimilate in such a way. Similar laws were enacted in Spain, and many European nations outlawed the Romani people from entering their countries.

Until recently, the Romani were the unseen victims in the Nazi persecutions. The Nazi regime pursued and captured the Romani, putting tens of thousands to death by claiming that they were ethnically inferior.

Even today, the Romani are persecuted. Lately, many human rights organizations have begun to protest the treatment received by the Romani, whether it is forced expulsion or the denial of social services.

6 Nobody’s Sure How Many Romani Exist 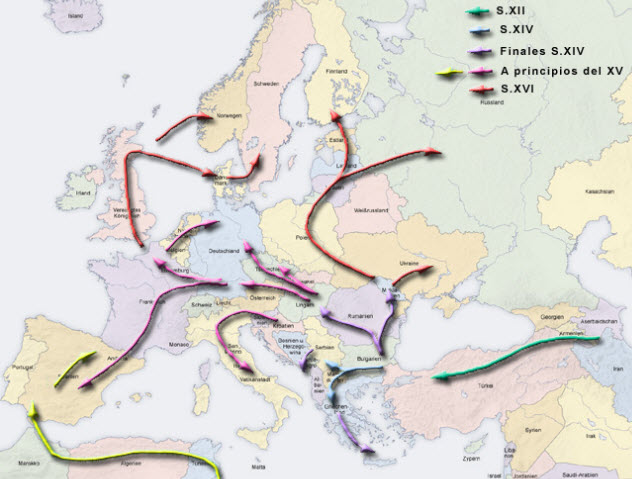 It’s difficult to give a solid figure on how many Romani exist. Due to the discrimination often encountered by the Romani, many do not publicly register or identify as Romani.

Also, given their legal invisibility, the preponderance of children born without documentation, and the transient nature of the Romani, many are unaccounted for or unknown. Also problematic is the lack of Romani enrolled in social services, which would help to give a clearer accounting of their number.

Even so, The New York Times estimates the population of Romani worldwide as approximately 11 million people. However, those figures are often disputed.

As there are few census-related polls that include the Romani, that number may be substantially lower or higher. Nevertheless, there are Romani populations in the US, Russia, Bulgaria, Italy, and other European countries.

5 Gypsy Or Gypsie Is An Ethnic Slur To The Romani 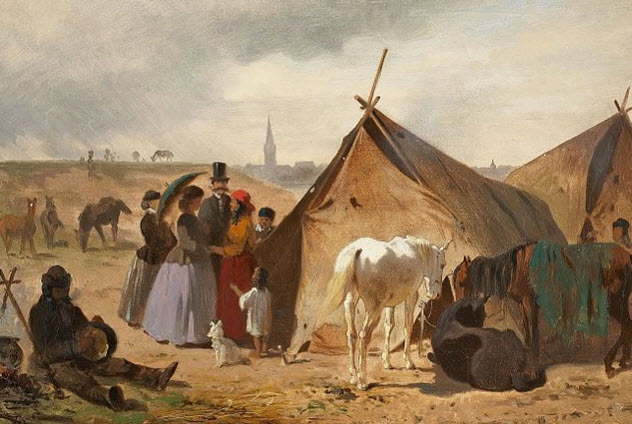 To many people, the term “gypsy” simply means someone who is nomadic and is not considered a racial slur. But for the Romani, the word has sinister overtones. For example, according to the Oxford English Dictionary, the word “gypped” was derived from gypsie, and “gypped” refers to a criminal act.

The Romani, who were often called gypsies, were seen as outsiders and thieves and actually had the word “gypsy” tattooed or branded onto their skin during the Nazi regime. Ian Hancock, noted linguistics professor and Romani activist, described the word “gypsy” as a label applied to ethnic people who were considered outsiders.

Like many racial slurs, “gypsy” has been used over the centuries to oppress the Romani, to single them out as different, and to perpetuate a stereotype. The Romani do not refer to themselves as gypsies and consider the usage of the term to be derogatory. 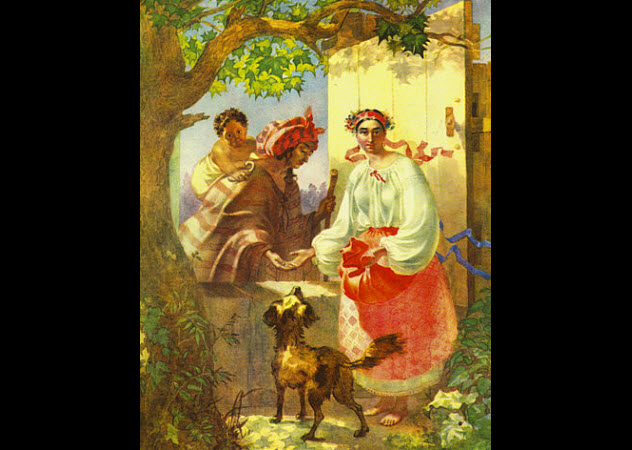 There are many myths surrounding the Romani. One such myth is that they possess centuries-old magic (majiks) passed down through lineage and training. The myth seems to be framed around tarot cards, crystal balls, and the fortune-telling tents that populate other Romani stereotypes.

We encounter many of these stereotypical suppositions of Romani magic in our daily lives. Literature is rife with references to the Romani and their magical arts. For example, in Jane Eyre, the Romani visit Thornfield as fortune-tellers. In Stephen King’s novel Thinner, in which the main character is cursed by the Romani after killing an elderly woman, there’s much made of the Romani’s ability to perform magical acts.

In addition, there are many movies that feature curses from the Romani. Even in art, there are many depictions of the Romani as a mystical and magical people. However, many intellectuals have attributed this supposed magic to misconception. 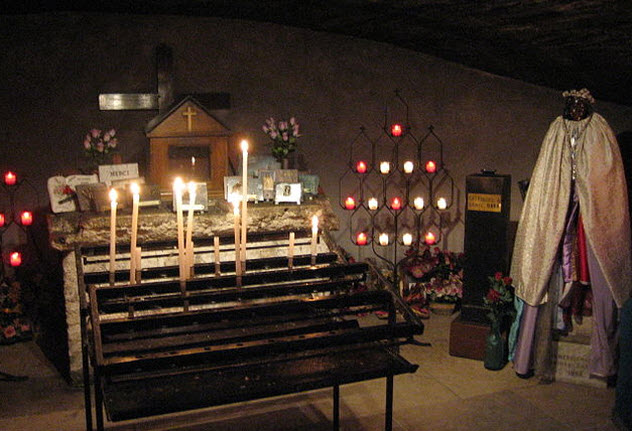 In European folklore, it was often said that the Romani made a temple out of cream cheese. Supposedly, they ate it when they got hungry during a period of severe famine. This left them without a church or religion.

That’s probably not true, but it is true that the Romani have no official religion. Usually, they join the church that is most prevalent in the country in which they live. There are plenty of traditional Romani beliefs, however. But these may or may not be practiced as part of their religion.

Ian Hancock has debunked the previously held beliefs that the Romani had no formal religion before and after the exodus. In his writings, he points to many connections between the Romani and Hinduism.

2 Modesty In All Things 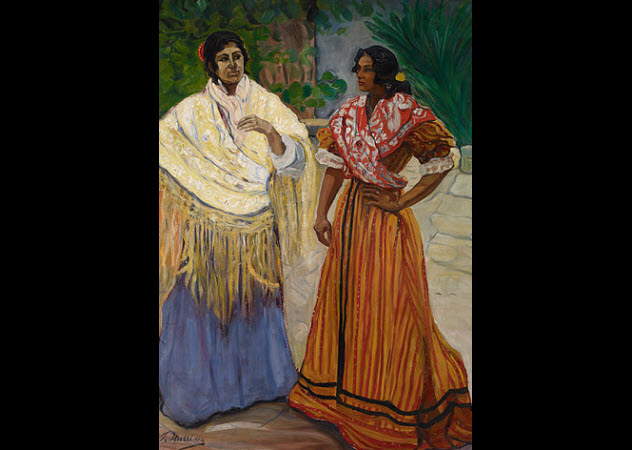 Modesty is a traditionally important tenet among the Romani. The dances most often associated with Romani women are belly dances. However, many Romani women do not belly dance. Instead, they perform traditional dances that use only their bellies but not their hips. Using their hips would be considered immodest.

In addition, those long, flowing skirts so commonly associated with Romani women are not worn so that women can whip them high in seductive dances. They are worn to keep the legs covered. Leaving the legs bared to view is also considered immodest. 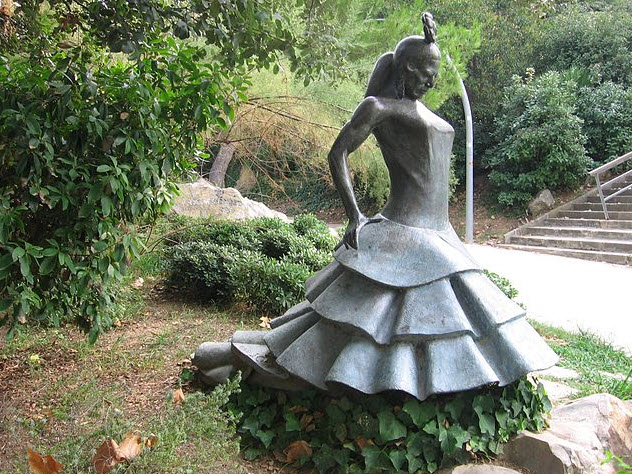 From early on, the Romani have been connected solidly with singing, dancing, and acting. They have carried that tradition throughout the centuries to leave behind a legacy of massive proportions. Many Romani have assimilated into the world, leaving legacies of their talents and culture.

The list of famed musicians with Romani backgrounds includes Kesha, Neon Hitch, Cher Lloyd, Jerry Mason, and Django Reinhardt. Famed LGBT author Mikey Walsh and Pilgrim’s Progress author John Bunyan are two of the many Romani who have given us memorable books.

In addition, many famous dancers come from Romani backgrounds. These artists include Carmen Amaya, who is widely hailed as the greatest flamenco dancer of all time.

Maybe they are magical after all.

Angela Hamm is a lover of the odd and unknown, coffee, and books on gardening that have never helped her with her brown thumb.