Even the most well-known animals can sometimes boast abilities or body parts that the average person has never noticed and the media seldom, if ever, depicts.

10 Jellyfish Can Have Eyes 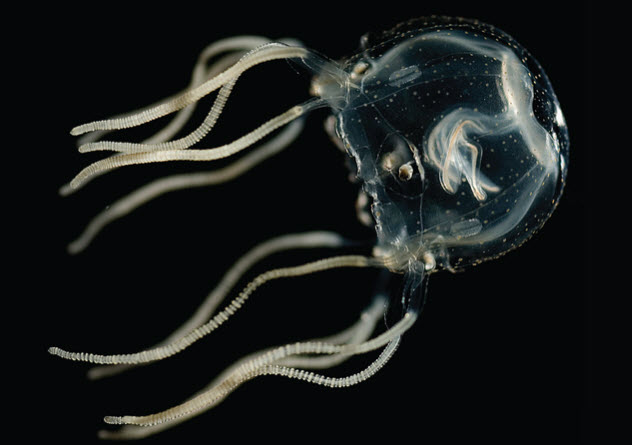 We think of jellyfish as little more than transparent, brainless blobs with tentacles, and that’s accurate enough for many species. However, the deadly box jellies, or Cubozoa, are equipped with surprisingly advanced eyes, one cluster at each corner of the animal’s slightly box-shaped body. Even though the box jellies have no centralized brain, their eyes are believed to make out light, shadow, shape, and motion, allowing the creature to navigate more deliberately than its current-riding, blind cousins.

Tongue projection in the leopard frog

Every cartoon portrays frogs and toads as having long, thin, snapping tongues similar to those of a chameleon, shooting out harpoon style to catch insects from a distance. This is actually 100 percent fiction—no amphibian has the chameleonlike tongue setup.

What frogs and toads do have is a broad, blunt tongue closer to our own but attached backward as shown in the video above. The tongue is anchored at the front, rather than the back of the mouth, and flips its way out to smack prey from above, like an adhesive flyswatter.

It’s also worth noting that when a frog swallows, its eyeballs move to the inside of its mouth to help push the food down its throat.

8 Mantises Have Feet On Their Claws 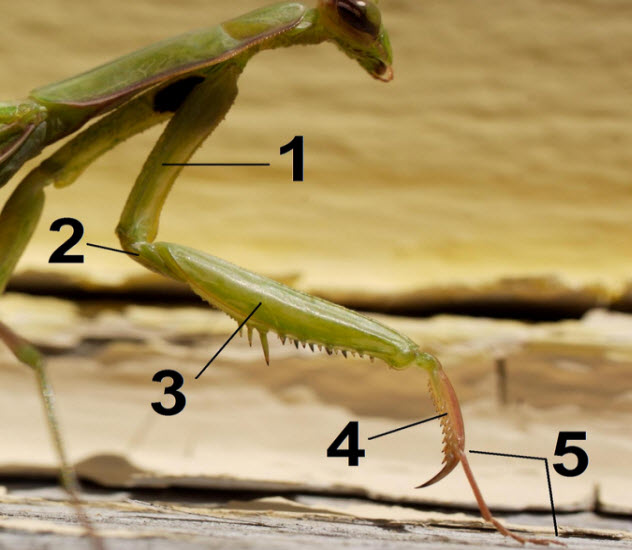 As large, menacing, predatory insects, praying mantises are pretty famous insects and have appeared in all manner of media, especially as monsters in film and gaming. Yet many people still picture them wrong. We tend to think of a mantis as having sickle or sawlike forelegs ending in just a talon. But in reality, those vicious forelegs continue into a perfectly ordinary, clawed foot, just like the insect’s other four legs. 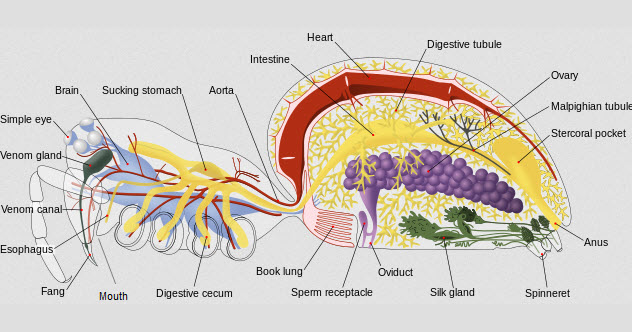 Like mantises, spiders are a well-known predators that are often portrayed incorrectly in entertainment. Even people fairly familiar with them might be under the impression that spiders feed directly through their two fangs like some sort of vampire, but the process is actually even stranger.

After biting and injecting venom through its fangs, a spider regurgitates digestive enzymes from its true mouth—a tiny, jawless, toothless hole tucked behind its menacing fangs—and slurps up the resulting stew like a smoothie. If it needs to, the spider can use its fangs and pedipalps to further mangle and tear open the meal, but the actual mouth is basically a pinhole.

6 Ticks Have Eyes On Their Backs 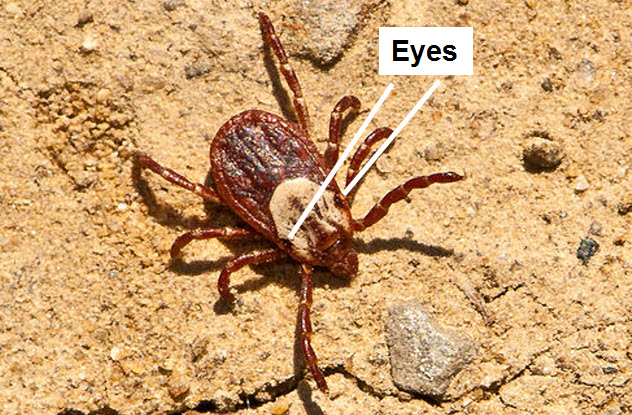 Ticks aren’t animals that a lot of people like to dwell on for long. But if you’ve ever thought about where a tick’s “head” is located, you’ve probably assumed that it was that little knob on the front of its body where the mouthparts are located.

Like all arachnids, however, a tick’s “head” and “thorax” are merged into a single large piece where the legs connect. Ticks not only have a set of eyes, but they’re situated on what most people probably thought was the animal’s midsection, almost between the second and third pair of legs. 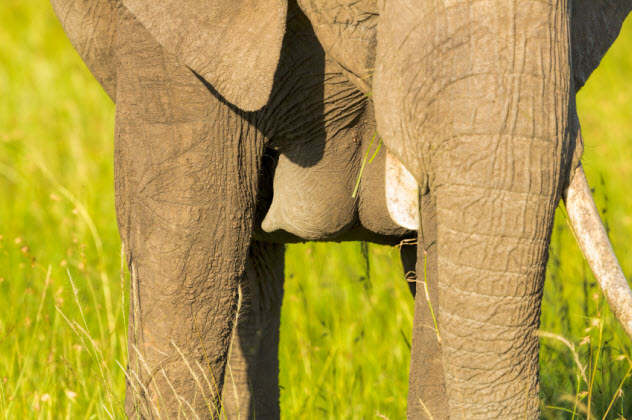 Just recently shown in viral photos, female elephants are one of the only other mammals to possess a single pair of teats, which are situated on the chest and surrounded by thick pads of fatty tissue. They are a pair of breasts exactly like the kind that we humans can grow. You won’t even find quite the same setup in our fellow primates. But by protruding so far out, the breasts allow a baby elephant to suckle even while its humongous mother stands upright.

4 Sperm Whales Have No Upper Teeth 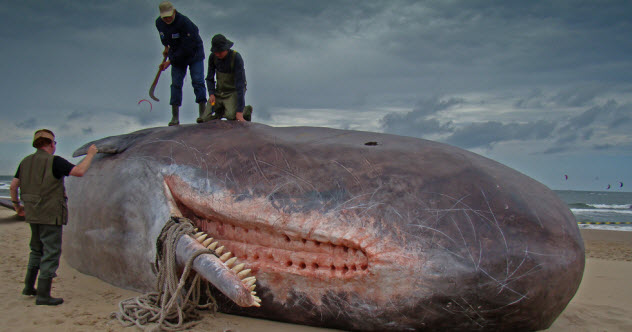 The image that most of us have of a sperm whale, the largest of all toothed whales, is a beast with rows of blunt, sharp teeth in its upper and lower jaws. You’ll see that depiction on covers of Moby Dick, in Disney movies, pretty much everywhere, but real sperm whales don’t exactly chew their food.

Preying exclusively on squid, they swallow the soft-bodied creatures whole or tear off tentacles and swallow those. The whale’s teeth only serve to hook and pull a squid’s rubbery flesh. Only the whale’s lower jaw has teeth, while the upper jaw has empty holes for the teeth to sheathe into when the mouth is closed. 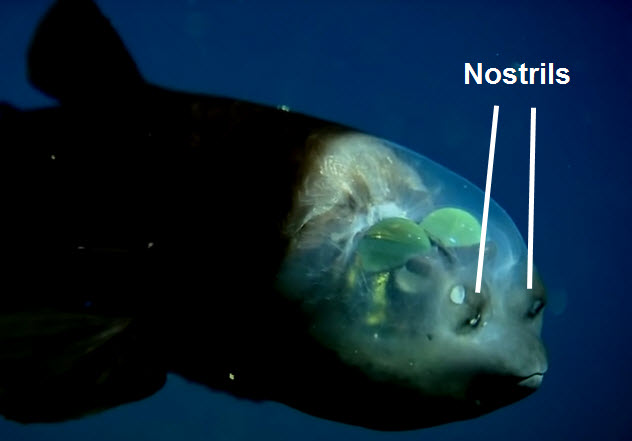 Humans, birds, reptiles, and amphibians generally look like they have just two nostrils. But these nostrils immediately branch into two sets of internal channels, one devoted more to olfaction and one that also aids us in breathing—for a total of four nostrils. In most fish, which have a very different and more basal skull structure than us terrestrial tetrapods, the four nostrils are still separate and externally visible. 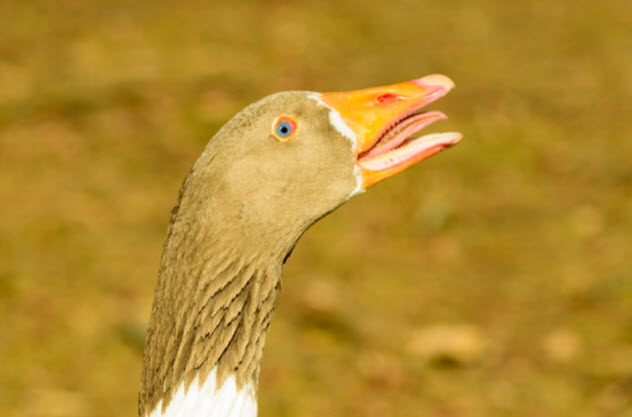 Geese are one of those animals that are consistently depicted as harmless, cute, and ridiculous, but you definitely don’t want to cross one of these big, territorial waterfowl. Birds haven’t had true teeth for millions of years, but many birds, including geese, evolved toothlike serrations on their beaks and even tongues. Geese use these to strip plant material and sieve food from water, but they can also tear the skin of anything unfortunate enough to provoke the bird’s ire.

1 Snails Have The Most Frightening Teeth Of All

Close up of a Mystery Snail’s Teeth

Slugs and snails seem like the last animals that could bite you, and that’s more or less true. They don’t have any jaws and can’t actually bite or chew. But that doesn’t mean they don’t have teeth—thousands of them and razor-sharp.

The teeth are arranged in hundreds of rows along a muscle called the radula, which is basically a tooth-covered tongue. It works a great deal like a multibladed razor, with each lick shaving off a thin layer of food. Gastropods include herbivores, omnivores, scavengers, and predators, and the radula works just as well on tough vegetation or animal flesh.