Cultural traditions are beliefs, behaviors, customs, rituals, events, and practices passed down from one generation to another. Some traditions have symbolic meanings or special significance, while others have been created to serve a political or cultural purpose. Cultural traditions evolve over time; some manage to survive, but others fade and die. 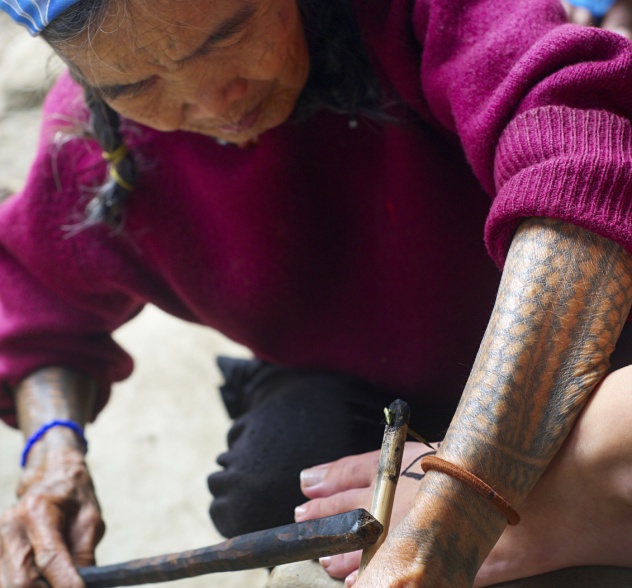 Apo Whang Od, a 93-year-old woman from the mountains of Kalinga, is considered to be the last traditional tattoo artist of the Philippines. During her younger years, she marked many fearless tribal warriors with symbolic tattoos using only two bamboo sticks and a small citrus fruit locally known as calamansi.

For their tattoos, the Kalinga people drew inspiration from animals. In the past, it was common for warriors to get a tattoo of a centipede on their arms for protection and a python on their shoulders for strength. An eagle on the chest and the back was also common, but it was only reserved for the most courageous warriors.

Unfortunately, traditional Kalinga tattooing has now been relegated to a mere tourist activity. Anyone who has money can get a batuk from Apo Whang Od. There’s no need to cut off someone’s head and bring it back to the village. 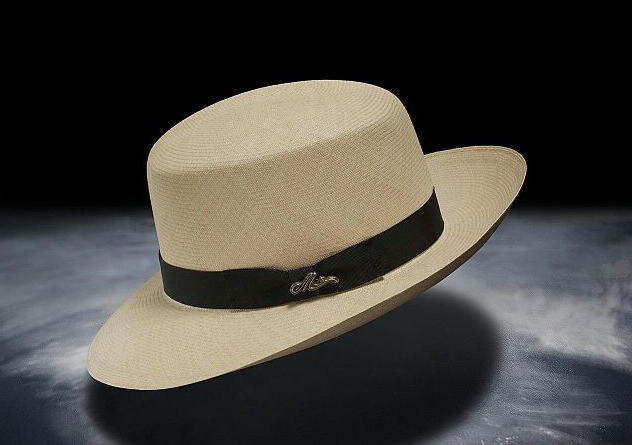 However, when China started to mass produce cheaper hats made of paper, Ecuador’s weaving industry began to decline dramatically. China exports $1 billion worth of straw hats every year. That’s more than enough to outnumber straw hats from Ecuador, which only produces $2.3 million worth annually. China now controls 40 percent of the global market, while Ecuador only has less than one percent.

This disheartening situation has pushed many Ecuadorian weavers to look for alternative sources of living. Sadly, fewer than 20 expert weavers are still continuing the tradition of creating authentic Panama hats. Although local teenagers have been training since 2011, only very few are really interested. Despite some efforts to bring back the vibrant industry, the future of Panama hats remains uncertain. 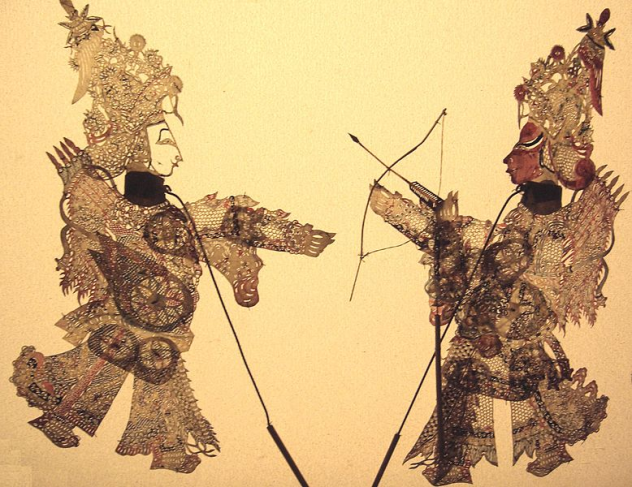 For hundreds of years, shadow plays, also known as lupiying, have served as a form of entertainment for the Chinese people. Mostly performed during events and celebrations, such as bountiful harvests, marriages, and festivals, this colorful ancient tradition is accompanied by music and is performed by six to seven actors, who maneuver puppets from behind a screen. Sadly, the laughter and happiness brought by these shadow plays might come to an end, as most of China’s young generation have expressed little or no interest in learning this rich tradition.

Hu Changyou, an old man from the Huzhang Village of Beijing’s Pinggu District, is only one of two living shadow play masters in his area. Even though he is a renowned shadow play craftsman and actor, he is unable to pass his priceless knowledge to his children simply because they are not interested in it.

Thankfully, the Chinese government has started to gather and secure national folk arts and establish a sanctuary for Chinese national heritage in an effort to preserve cultural traditions like shadow plays. According to Chinese experts, the impending extinction of shadow plays can be attributed to modern lifestyle, industrialization, urbanization, and the influence of present-day culture. 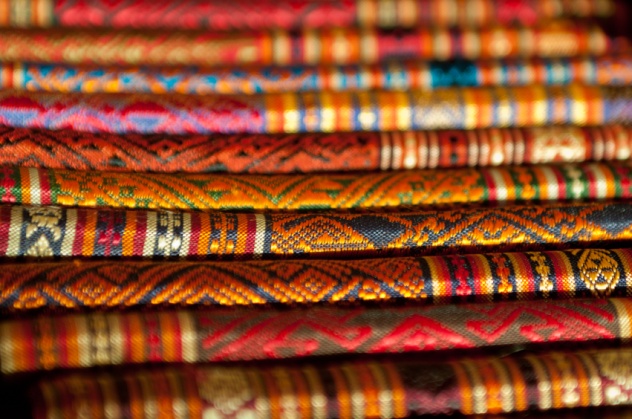 Luang Prabang is considered to be the center of textile industry in Laos. Traditional weavers, like members of the Katu tribe, are still making the same designs and using the same techniques used by their ancestors hundreds of years ago.
In recent years, this impoverished Asian country has experienced a dramatic growth in its tourism industry. In 2012, Laos welcomed more than 3.3 million international visitors, mostly from China and Thailand. Though the remarkable increase in foreign visitors has benefited the tourism industry, it has negatively affected the textile industry. The increase in foreign visitors led to increased demand for Laotian textile products. In order to meet the sudden increase in demand, merchants resorted to selling fake Laotian textiles. These fake textiles are made from either Thai or Vietnamese silk. Compared to authentic Laotian textiles, Vietnamese and Thai silks are glossier and rougher. They also unravel easily.

Thankfully, some initiatives have been put forward to address this growing problem. For example, a nonprofit organization called Fibre to Fabric holds exhibitions in Luang Prabang to educate foreign visitors about the rich history and distinguishing features of authentic Laotian textiles. It is hoped that by learning the features of the genuine textiles and understanding the rich history behind the tradition, foreign visitors will avoid fake products and opt for authentic ones. 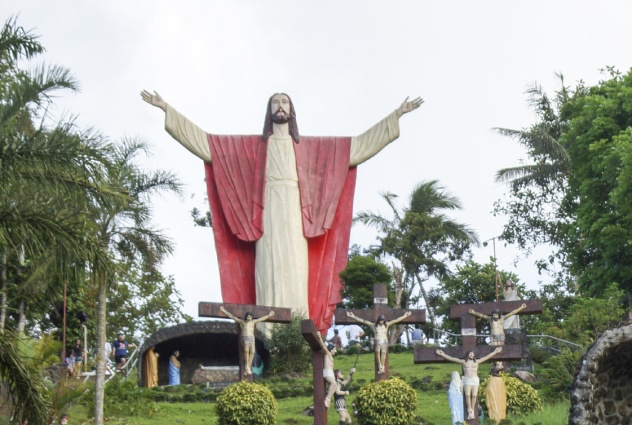 “Daygon sa Igue-Igue,” or “Praise for the Birth,” is an endangered folk Christmas musical tradition practiced in the island province of Maribojoc, Bohol, in the Philippines. This musical tradition depicts the birth of Jesus Christ.

Residents of Maribojoc are worried that the tradition will disappear once its few living practitioners pass away. The last time the full version of the musical tradition was performed was in 2011 during the Bohol Arts Festival.

Aside from lack of interest among the younger generation, the traditional Christmas Daygon of Bohol is also challenged by modern Western music. Professor Luspo of Holy Name University pointed out that influences from jazz and other Western musical genres have led to the loss of original details and many essential qualities from the tradition.

Luspo also said that Bohol’s Christmas Daygon has already lost its original meaning. In the past, residents of Maribojoc would perform the tradition with the sole motive of giving praise to the infant Jesus. But in the present, the few living practitioners are primarily motivated by money. They will perform the tradition in exchange for some amount from homeowners. 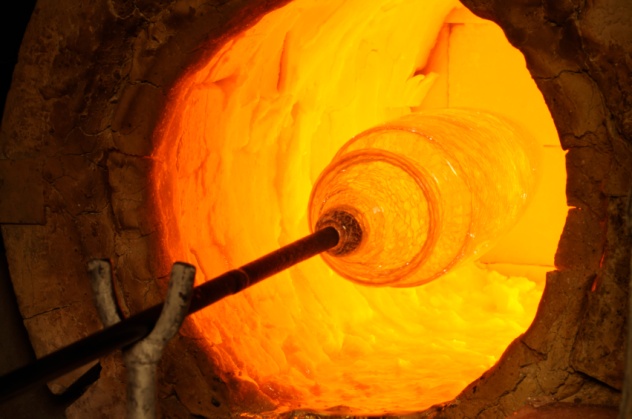 In terms of artistry and sophistication, Romanian traditional glass is perhaps some of the best in the world. It’s a sought-after product commonly sold in luxurious shops across Europe and the US. Despite the tradition’s glamorous reputation and rich history, it faces extinction due to the dwindling number of incoming artisans interested in pursuing the art.

Traditional glassblowers outside of Bucharest have taken the initiative to show the beauty and rich history of this tradition to the youth. Unfortunately, most young people don’t really have enough interest or commitment to preserve the craft.

Agra Gharana is one of the major forms of Hindustani classical music. Sadly, this rich musical tradition is slowly dying due to the decreasing number of both patrons and practitioners. Despite being in the dusk of Indian musical trends, a few passionate practitioners of Agra Gharana aren’t yet ready to give up. Ustad Aqeel Ahmad Sahab, the last prominent proponents of this 400-year-old musical tradition, continues to promote and teach the music to a few dedicated singers despite his old age and being penniless.

Jyoti Khandelwal, a teacher at the Lalit Kala Sansthan, believes that preserving Agra Gharana is equivalent to saving India’s national musical heritage. Jitendra Raghvanshi of the Indian People’s Theatre Association expressed his disappointment and sadness toward the young generation’s tendency to disregard classical traditions in favor of modern, popular music. 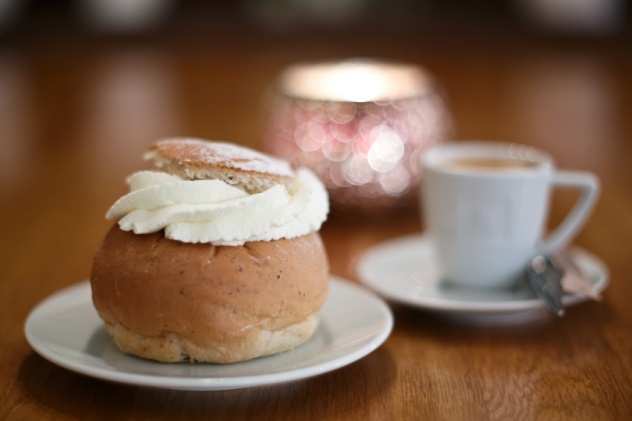 Fika is a Swedish term that refers to having a cup of coffee and a pastry. Unlike its US counterpart, where things are done in a hurried manner, this Swedish custom invites people to slow down, find a moment to relax, contemplate about life, and hang out with friends over a cup of coffee.

Unfortunately, this tradition is slowly dying. Young Swedes no longer consider it an integral part of their culture and national identity. The younger generation views fika as something they do when they visit their grandparents or to impress someone on a date. It’s no longer done on a regular basis with their friends or coworkers.

There are several reasons why fika is slowly dying, but perhaps the most important factor is that Sweden now has longer working hours compared to earlier times. Many Swedes simply don’t have the time to practice fika. 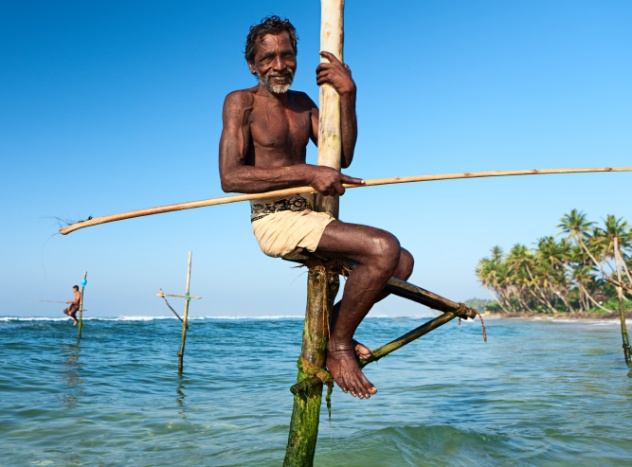 Stilt fishing may look like an ancient method of catching fish, but that’s not the case. This young tradition only started during World War II. Back then, Sri Lankans used the wreckage of planes and ships to catch fish. Over time, they learned to build stilts in coral reefs. The stilts were made up of sticks and twine and were erected in shallow waters. Fishermen would then sit on these stilts, where they could randomly strike a school of fish with their fishing rods.

In 2004, Sri Lanka was a hit by a tsunami. This devastating catastrophe dramatically altered the country’s shorelines, resulting in a reduced ability to stilt fish. Following the aftermath of the 2004 tsunami, many fishermen abandoned the tradition and looked for other jobs, like farming or selling fish in the market.

Thankfully, there’s hope for the future of stilt fishing, and it doesn’t come from the government but rather an unlikely source—tourists. Many foreign tourists are fascinated by stilt fishing and are eager to take photos of the fishermen. Many of those who sit on the stilts aren’t really fishing; they’re ordinary people paid to pretend so tourists can take pictures of them. 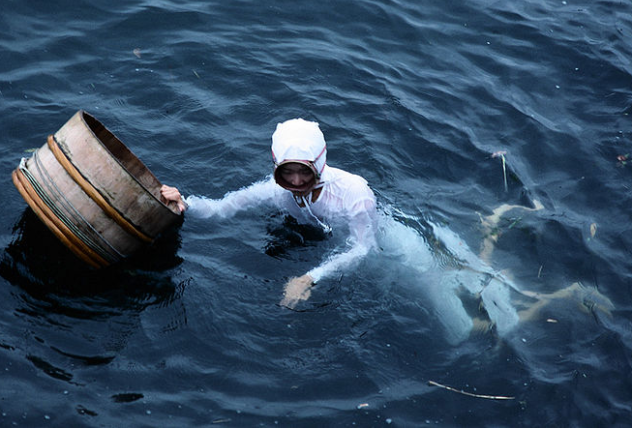 Ama diving is an ancient Japanese tradition that involves the catching of fish and other sea creatures without the use of any breathing equipment. What makes this tradition unique is that only women can become ama divers.

Ama diving is dangerous. Every time ama divers go into the ocean to catch fish, they risk their lives. Archaeological evidence shows that ama diving has been practiced in Japan, specifically on the Shima peninsula, since prehistoric times. Also, in the olden days, women from the region couldn’t get married unless they became ama divers.

Unfortunately, this tradition is on the verge of extinction. Many Japanese women have turned their backs on it and have sought other means of living. According to the Toba Sea Folk Museum, there were more than 4,000 ama divers in 1972. This number has decreased to 800 in recent years.

The decline in the number of ama divers started in the 1960s and 1970s, when Japan experienced tremendous economic growth. The economic boom allowed many Japanese women to receive education and get better jobs. Thankfully, the government has established certain initiatives to keep this tradition alive.