Ethiopia covers most of the Horn of Africa. But that is the least of its feats. The region is rich with history and strange things. There are wolves masquerading as jackals, rainbow-colored springs, and unique magnetic miles.

Ethiopia has many of the world’s oldest wonders. But it also leads with novel projects that fight modern problems such as deforestation and Africa’s water shortage. 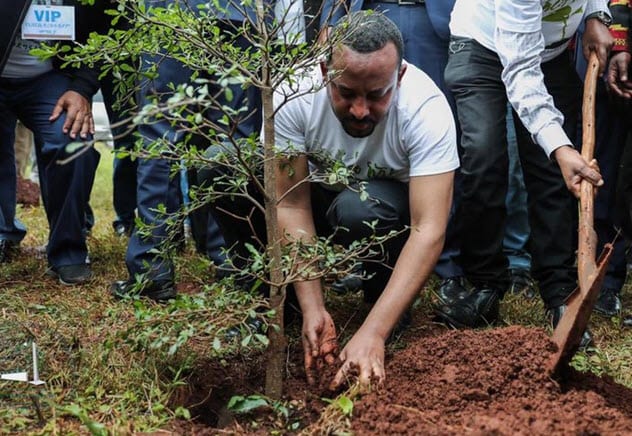 In 2016, India achieved an Earth-friendly record. The country planted 50 million trees in one day. In 2019, Ethiopia decided to break the record. They gathered lots of trees and the people to plant them. The latter included thousands of Ethiopian volunteers and staff from foreign embassies, the United Nations, and the African Union.

The planters spread themselves across 1,000 sites in Ethiopia and used special software to calculate the number of trees planted. Not only did they break India’s record but the estimated total was also a huge improvement. Although the Guinness World Records still needs to confirm the feat, around 350 million trees were planted within 12 hours.

The initiative is part of an attempt to reverse the damage that stripped Ethiopia of its greenery. At one point, less than 4 percent of the country was forested. The determination to repair that percentage has seen over 2.6 billion trees planted, and 150,000 square kilometers (58,000 mi2) have been earmarked for new forests by 2020.[1] 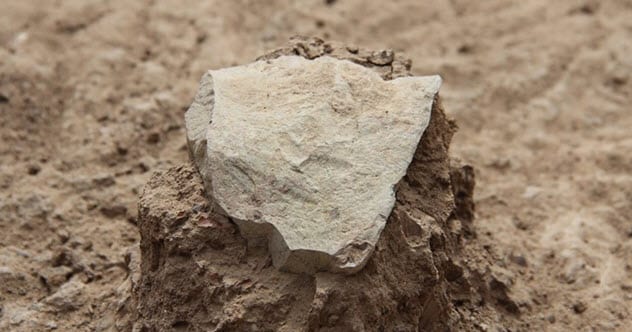 In 2003, archaeologists trooped to Gona in Ethiopia’s Great Rift Valley. What they found was remarkable—a collection of stone tools around 2.6 million years old. These were the oldest-known human tools in the world at the time.

The artifacts were crafted with the Oldowan technique, a style that subsequently became widespread throughout eastern and southern Africa before spreading to Europe. Unfortunately for Ethiopia, the Gona cache did not remain the oldest forever.

In 2015, a set of stone tools turned up in Kenya. They were 3.3 million years old, which solidly bumped Ethiopia into second place. It is worth mentioning that the Kenyan toolmakers lived long before our own genus (Homo) evolved. Scientists believe the human branch that produced the tools were either australopithecines (of Lucy fame) or Kenyanthropus.[2] 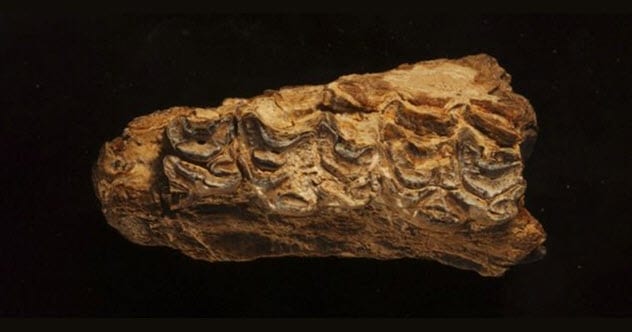 Ethiopia’s badlands are fossil-rich. In 2013, the region produced an unknown horse. Eurygnathohippus woldegabrieli lived around 4.4 million years ago, was as big as a small zebra, and ran fast.

Its foreleg bones were more sophisticated than older horse species, lending Eurygnathohippus more speed than its ancestors. This was a good thing because its environment included saber-toothed cats.[3]

The horse’s own teeth were also different than the more ancient types. Damage to the enamel suggested that Eurygnathohippus represented the point where horses began to evolve into grazing animals. Their grass-scratched teeth, the longer legs, and the fact that the badlands were grasslands during their time all pointed toward life in the savannas.

This environment allowed horses to become even bigger and stronger. Eurygnathohippus added valuable insight into when the animals made the pivotal shift that led to the horses we know today. 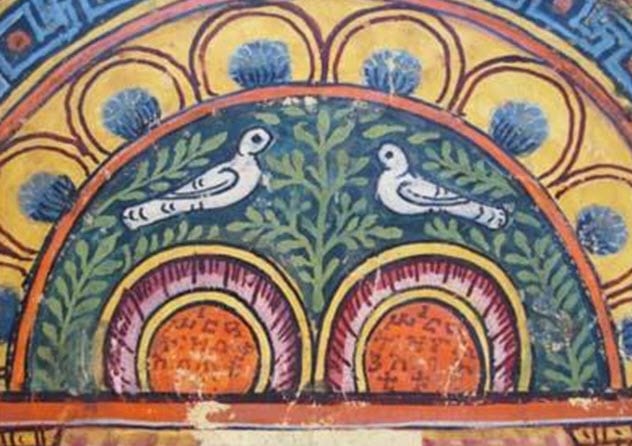 The Garima Gospels is a sacred manuscript in Ethiopia. Some claim that its creator and namesake, a monk named Abba Garima, wrote the entire thing in a single day. This was also the day after he founded the Garima Monastery in the north of the country.

The manuscript never left the monastery, but the work was believed to be from the 11th century. This did not fit with Abba Garima’s arrival in Ethiopia around AD 494.

In 2010, carbon dating showed that the “medieval” book was older. The goatskin pages were bound between AD 330 and 640. This supported the monk’s legend and made the Gospels the earliest example of bookbinding.

Interestingly, the text was written in an early Ethiopian language named Ge’ez, but the drawings made the work exceptional. With the new dates, the Garima Gospels could also be the earliest illustrated Christian artifact.[4] 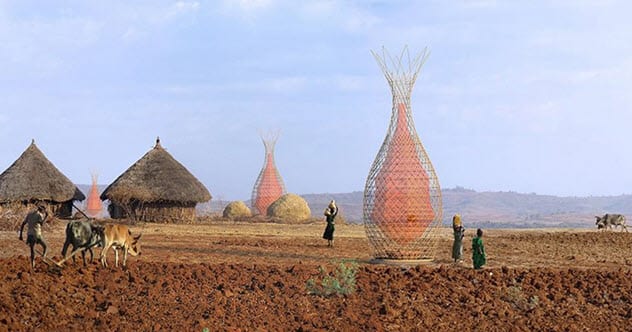 Water is not uniformly available in Ethiopia. Rural villagers must travel up to six hours to find water and spend 40 billion hours a year this way. Finding the precious fluid is just the beginning. Often, the kind they find is not safe to consume.

Philanthropists have tried to remedy the situation with high-tech projects. However, most fall into disrepair because Ethiopia’s infrastructure cannot handle the complex and expensive maintenance that is required.

In 2014, designer Arturo Vittori found the solution—Warka towers. Named after a local tree, the vase-shaped structures were 9 meters (30 ft) tall. Made from biodegradable materials, the inner mesh trapped dew and then collected the drops in a container at the bottom.

Field trials showed that the towers could pull 95 liters (25 gal) of clean water from the air on a daily basis. Best of all, they were easy to assemble and clean and villagers could quickly learn how to build and maintain them.[5] 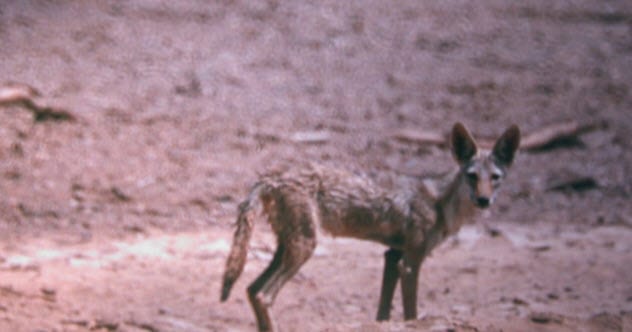 In 2011, researchers went on a field expedition to study jackals in Ethiopia. The species they had in mind was the golden jackal. The ones trotting around in Ethiopia were called either “highland” or Egyptian jackals. They were considered a rare subspecies of the true golden jackal.

During observations, the team noticed that the animals were different. They were more delicate and had whiter coats. DNA samples revealed a surprising truth. These were not jackals at all. The creatures were related to the gray wolf, making them the only members of the so-called gray wolf complex in Africa.

It would appear that the ancestors of gray wolves lived in Africa around three million years ago and this was their only surviving branch. Scientists are now pushing to rename the Egyptian jackal, perhaps as the “African wolf,” in addition to figuring out its conservation status.[6] 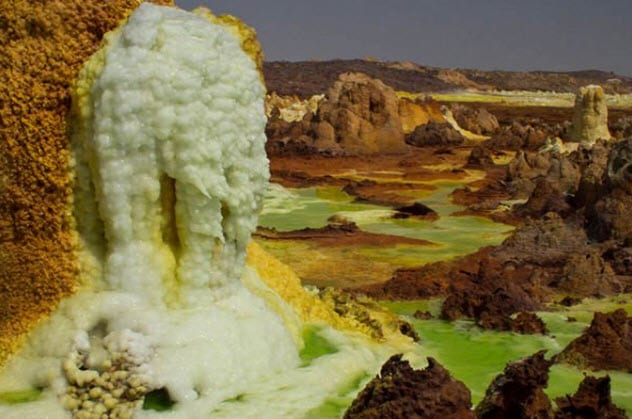 The Dallol Volcano is 600 kilometers (370 mi) from Ethiopia’s capital, Addis Ababa. Like many volcanoes, it is surrounded by hot springs. Tourists flock to the site despite having to traverse dangers like acid puddles and noxious fumes. The pull people cannot resist is the strange colors of the hot springs.

Dallol, which holds the record as the world’s lowest land volcano, produces funky pool shades like neon yellow, green, and orange. Located within the volcano’s craters, the springs get their color from processes boiling deep below.[7]

First, magma heats subterranean water destined for the surface. Then, while flowing upward, the warmth of the water dissolves minerals like sulfur, salt, and potash. This brine gets dumped inside the craters. The hot climate evaporates the brine, and the resulting color depends on the mineral content of each spring. 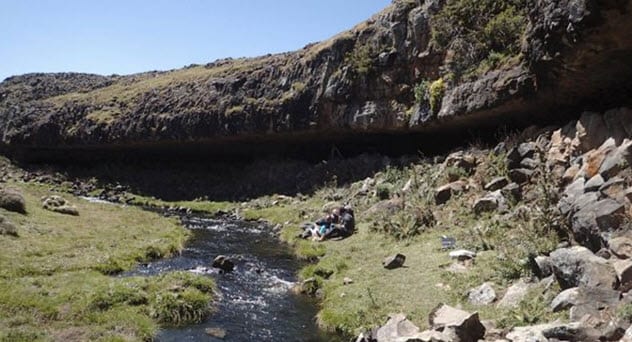 Normal menus do not offer a serving of giant mole rat. But during the last ice age, these creatures helped a special community to survive. In 2019, a study described how researchers trekked up the Bale Mountains in Ethiopia. They were en route to Fincha Habera, an ancient settlement located 3,470 meters (11,380 ft) above sea level.

Traditional thinking dictated that humans settled high-altitude places last and then only for brief periods largely due to thin air and bad weather. However, when the team arrived at Fincha Habera, they discovered that people had stayed there for months at a time.

Incredibly, soil samples and artifacts dated to 47,000 years ago at the earliest. This placed the population in a very difficult time—the ice age. The Bale Mountains were draped in ice, and people usually move downward during colder seasons.

However, the settlement offered unusual perks. Unlike the lower valleys, the plateaus were ice-free. There was obsidian for toolmaking. Huge mole rats were everywhere and provided enough meat for the oldest high-altitude community ever discovered.[8] 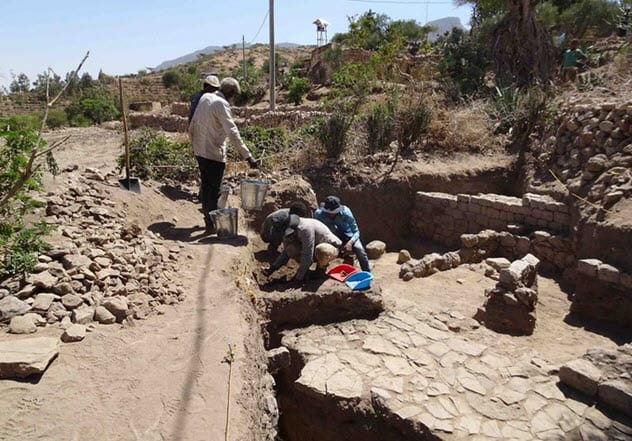 In eastern Ethiopia, locals of Harlaa tell legends of giants that once lived there. It is easy to see why. The area holds ancient ruins made from huge stones.

In 2017, archaeologists had a closer look. As they traced structures and unearthed artifacts, it became clear that they were standing inside a city. It could not be truly called a lost city because archaeologists have known about the site for a long time. However, they mostly ignored it.

The team behind the latest study did not regret the decision to excavate. The city yielded a wealth of items originating from as far as China and India. Apparently, it was a busy hub, from the 10th century at the earliest, where different cultures mixed and traded.[9]

There were signs of people from Egypt, Yemen, Madagascar, the Maldives, Tanzania, and Somaliland. There was a strong Islamic presence, suggesting that the city served a large network of Islamic communities in Africa as well as foreigners. 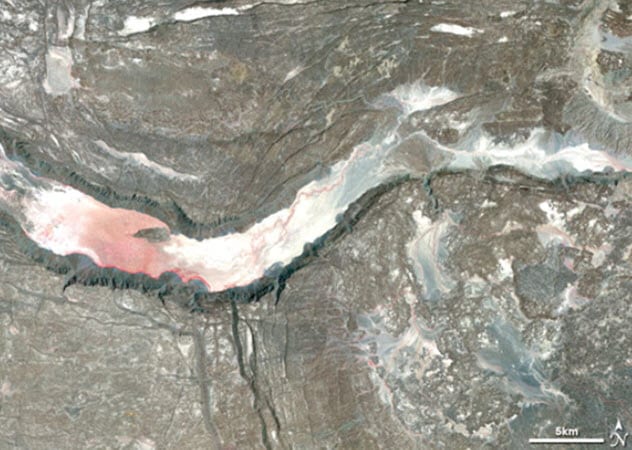 During the 1950s, geologists found something in the ocean. Running parallel to mid-ocean ridges were magnetic stripes. They formed whenever the crust tore and filled up with rising magma, which cooled into new slabs of seafloor.

Magnetic minerals within the magma aligned themselves with the Earth’s magnetic field. This provided scientists with a view of how often the planet’s field reversed its north-to-south polarity.

A few years ago, geophysicists found the first lines on land. Invisible to the naked eye, the mammoth lines streaked across the Afar Depression in Ethiopia. The so-called Tendaho Graben magnetic stripes are special because they challenge the belief that the bands only form when the seafloor expands.[10]

The new location is a thin piece of continental crust where a new ocean will arise in a million years or two. While a sea link exists, it suggests that ocean basins form much earlier than previously believed—sometimes while they are still on land.

Read more fascinating facts about Africa and its people on 20 Incredible Images of Africa Through Her People and 10 African Civilizations More Amazing Than Ancient Egypt.