As another Christmas arrives, here’s another thing to be grinchy about: the toys you got as a kid and your mother later threw away. Do you have any idea how valuable they are now?! Well, we do, and here’s a list some of the most weep-worthy. If you were a good boy in 1982, maybe your parents got you this GI Joe doll, which was exclusively available via mail order from Hasbro. It was the last of the so-called straight arm dolls, and what makes it even more valuable is the logo, the top half of which seems to look like Mickey Mouse (hence the name) and replaced in 1983. 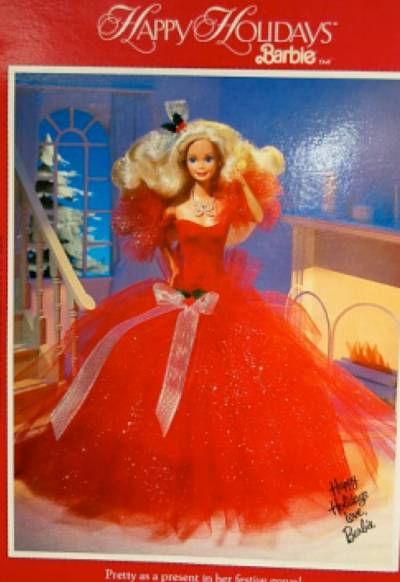 There are many rare and collectible Barbie’s, but this wasn’t supposed to be one of them – your mom may have bought it for your sister’s stocking. But when the entire run of 300,000 quickly sold out, Mattel suddenly realized they could make a lot of money selling dolls to grown women and their Collector’s Editions were born. Beanie Babies, the cute little animals stuffed with bean-shaped pellets, came into the world in 1995 but did not become the object of crazed collectors until 1997. Between that time, Ty, the company that created them, released Peanut the Elephant who was supposed to be a light blue but a mistake at the factory made 2,000 in the darker Royal Blue and one of the most collectible Beanies out there. (Your little brother probably bit its ear off.) Those furry little teddy bears that ruined Star Wars in 1984 get their revenge by being a part of one of the most valuable toy sets from the Trilogy. Although it wasn’t particularly rare, unopened sets are hard to find, and way more valuable. So even though you might have owned this, you screwed up if you actually played with it. Sure there are other, rarer Star Wars figures out there, such as Telescoping Light Saber Darth Vader or Rocket-Firing Boba Fett, but they were never really officially released. But this little Jawa was. At first, he came with a cape made of vinyl, but Kenner felt it looked too cheap. So after the first run, they switched out the cape to a nicer cloth. But the joke’s on them because it’s the cheaper-looking vinyl that’s now worth more. For one year, Kenner released this doll in the US, which was inspired by the doe-eyed Keane paintings of the era. Its most notable feature was that you could change the color of its eyes by pulling the string. But it never really caught on until almost 30 years later, when they became a collector’s item. (Now you probably regret setting it on fire.) Modeled after a design from Hot Rod Rod Ed “Big Daddy” Roth, this 1968 Hot Wheel also came in Hot Pink and was marketed to girls… eeewww. That’s right, your sister could have had this Kustom Klassik and it’s probably buried in the back yard with a hundred Barbie heads. Start digging. It was possible, albeit a rare one, that you had this game for your Nintendo Entertainment System in 1987: only 200 of these copies made it out to the marketplace before it was recalled (and re-released with a different controller.) One North Carolina woman found an unopened copy and made bank on eBay and only 10-20 are still thought to be in existence. 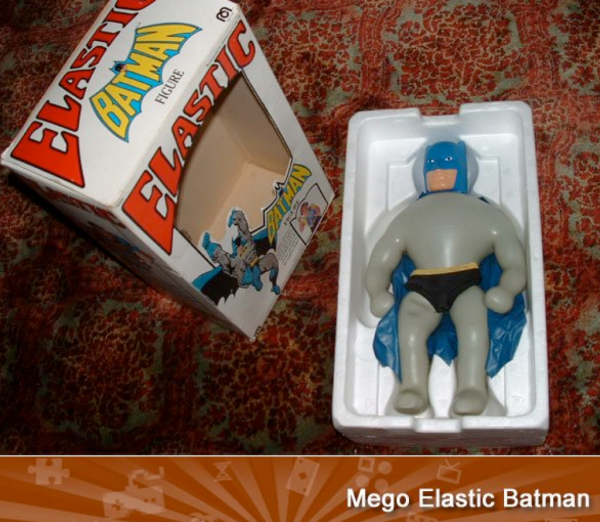 Damnit, this is one I SWEAR I had… In the 1979, popular toy company Mego tried to cash in on rival Kenner’s Stretch Armstrong craze by issuing a series of “Elastic” superheroes, including Superman, Batman, and Plastic Man. Unfortunately, Kenner wasn’t too happy with this, and a lawsuit eventually shut them down. Although they were plentiful at the time, because of their stretchy nature and gooey insides, most quickly perished. In fact, only 2 are known to still exist. Quick, check the attic!

1
Where The Wild Things Are
First Edition Who would have thought that a 300 word, 48 page children’s book about a kid who gets sent to bed without supper would be so valuable? Probably not you, as you probably colored on or tore the pages of this classic Maurice Sendak book first printed in 1963. If your parents were hip enough to snag a first edition of this monstrous epic they could have used to buy you your first car.