When people think of wartime nurses, names like Florence Nightingale spring to mind. But countless lesser-known nurses also made valuable contributions. Unfortunately, history’s memory bank is a lot like a financial bank: when making a large withdrawal, requesting large units of currency often makes the most sense. If asking a teller for $1,000, we would rather request ten $100 bills than 100,000 pennies.

Similarly, when learning about an enormous conflict, we prefer not to study every individual involved in it. Rather, we focus on bigger figures like Florence Nightingale, the $100 bills of history. But sometimes, the pennies of history are actually priceless gems. The following lesser-known nurses saved lives while showing otherworldly courage and toughness. 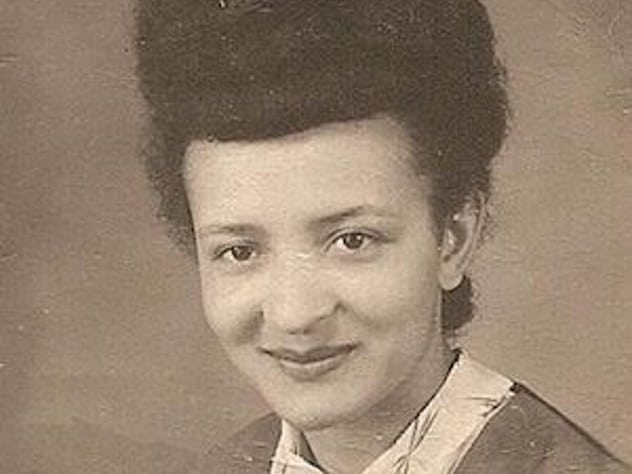 On Christmas Eve 1944, volunteer nurse Augusta Chiwy nearly became a human Yule log. A bomb decimated her aid station in Bastogne, Belgium, killing 30 people. Remarking on her brush with oblivion, Chiwy reportedly quipped, “A black face in all that white snow was a pretty easy target. Those Germans must be terrible marksmen.”

Chiwy was just that tough. Born to an African mother and Belgian father, she was visiting her father for the holidays when the Battle of the Bulge began. Chiwy was a trained nurse and offered her services to an American physician whose assistants had been killed.[1] Of her own volition, Chiwy withstood a blizzard of bombs and subfreezing cold. She was undernourished, overworked, and sometimes the subject of racism from the soldiers she treated.

Chiwy helped hundreds of American soldiers, even bathing them with boiled snow. But for roughly 70 years, she went unacknowledged. In 2011, the king of Belgium awarded Chiwy the Order of the Crown, and the US government honored her with the Civilian Award for Humanitarian Service. 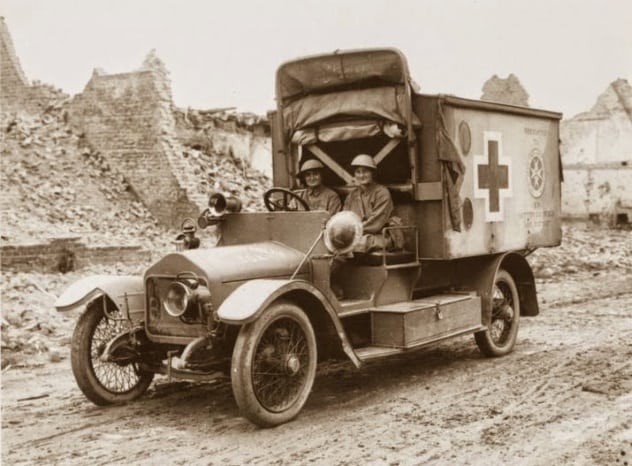 People called them “the mad Englishwomen,” but one of them was Scottish, and both were just insanely brave. Elizabeth “Elsie” Knocker and Mairi Chisholm (the Scot) traveled to Belgium at the outset of World War I to work as ambulance drivers. The women shared a love of motorcycles and soon shared an idea that made them legends.

While transporting troops, Knocker noticed a serious problem. Because of the distance she had to travel, soldiers often died of shock before reaching the hospital. She proposed treating wounded soldiers near the front lines but was roundly rejected. Women weren’t allowed within 5 kilometers (3 mi) of all that bloodshed. Ignoring orders, she and Chisholm established a makeshift medical facility 4.6 meters (15 ft) from a trench.[2]

Working from the cellar of a dilapidated house, the duo dispensed aid to an estimated 23,000 casualties over four years. They also attracted attention from prominent people like Marie Curie (who discovered radium) and the king of Belgium. Their efforts earned them medals in 1915 from the king himself. The women soldiered on until 1918, when a gas attack incapacitated them. 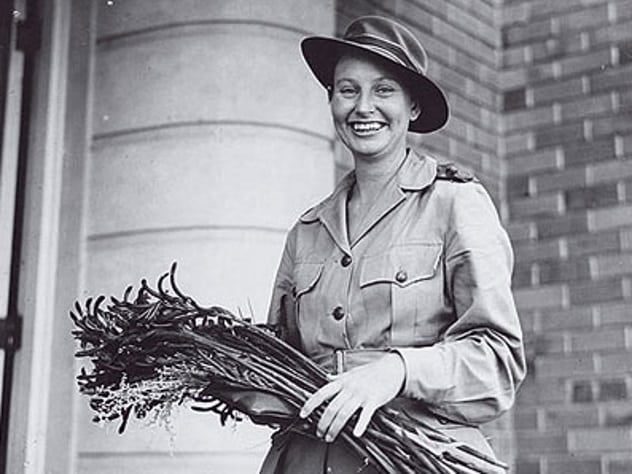 During World War II, Vivian Bullwinkel (who later went by her married name Vivian Statham) wanted to join the Australian Air Force, but her flat feet disqualified her. Undeterred from serving, she became an Australian Army Nurse in 1941. The following year, she served in Singapore but was forced to flee alongside 64 other nurses. Unfortunately, Japanese torpedoes intercepted their ship.

Only 22 nurses made it off the ship alive. Bullwinkel latched onto a lifeboat and floated for hours until she and the remaining nurses reached the island of Bangka. One day later, Japanese forces rounded up all the women, marched them to the sea, and shot them. Only Bullwinkel survived.[3] A bullet pierced her abdomen but missed all her vital organs. Bullwinkel feigned death until the coast was clear and then spent 12 days treating injured British soldiers on the island.

Soon, they surrendered to the Japanese. To avoid being shot again, Bullwinkel hid her nurse’s uniform. She lived as a POW for three years, secretly documenting the torture she endured on Bible pages. Her weight dropped to a skeletal 25 kilograms (56 lb), but all the while, she continued caring for the sick and wounded. After the war, Bullwinkel became Australia’s most decorated nurse. 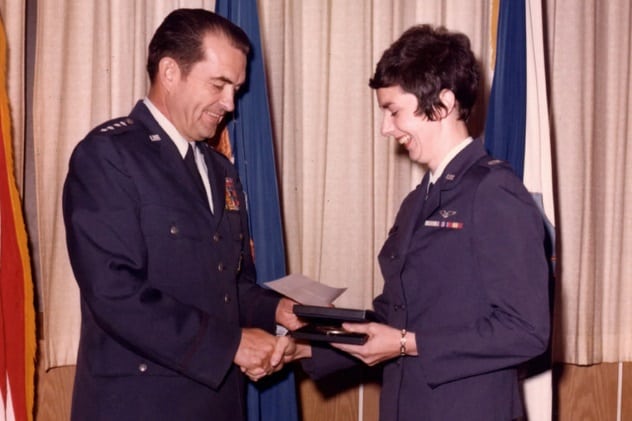 During the last month of the Vietnam War, President Gerald Ford launched Operation Babylift, a program that transported South Vietnamese orphans to the Philippines and the United States. The first flight literally crashed and burned. An explosion caused the plane to slide across a rice paddy, go airborne for 0.8 kilometers (0.5 mi), and then slam into an irrigation ditch, where it split into four sections.

Aboard the aircraft were 250 orphans, dozens of crew members, and Nurse Regina Aune. The crash sent Aune flying across the plane’s upper deck. The accident fractured one of her feet, one of her legs, and one of her vertebrae.[4] But it didn’t break her will to save lives. Aune carried 80 children to safety. Once she exhausted all of her strength, she asked to be relieved from her duties and then lost consciousness.

Because of her heroism, Aune became to first woman to receive the Cheney Award for valor by an airman. 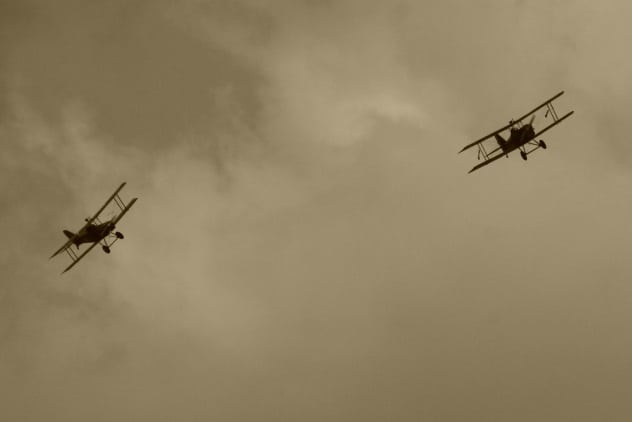 Generally speaking, hospitals are where people are cured, not killed. But war sometimes blurs that distinction. In World War I, hospitals turned into targets thanks to the advent of air raids. In 1918, the Germans attacked a series of medical facilities in France. Among them was Canadian Stationary Hospital Number 3, located in Doullens. A bomb hit in the middle of an operation, instantly killing three people.

The blast also buried nurses Eleanor Thompson and Meta Hodge under rubble. Rather than running for their lives once they resurfaced, the die-hard duo started putting out fires and turning over coal heaters to prevent patients’ beds from bursting into flames. They then oversaw the evacuation of the patients, ignoring their own injuries until everyone else was safe.[5] They were among the first Canadian women ever to be awarded for valor.

5 The Angels Of Bataan And Corregidor 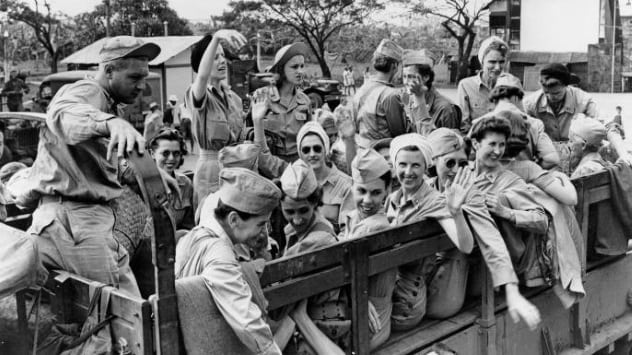 Before the Japanese bombed Pearl Harbor, many American nurses traveled to the Philippines in search of sunshine and adventure. But in December 1941, the sky was darkened by incoming fighter pilots. After wreaking havoc in Hawaii, the Japanese took aim at Manila.

The nurses sought refuge in the muggy jungles of Bataan, where they looked after 6,000 patients and battled malaria, diminishing food supplies, and constant bombing by the Japanese. As conditions worsened, American forces escaped to the island of Corregidor. There, nurses operated in an underground hospital.[6] Eventually, the GIs reached their breaking point, and the nurses reached a crossroads.

The nurses could either retreat or remain with the POWs. Many chose to stay, forsaking freedom for the sake of helping sick and wounded troops. When the Japanese restricted the prisoners’ daily nourishment to 700 calories, the nurses supposedly fed the men roots, flowers, and even weeds cooked in cream. After more than two years of brutal captivity, they were freed. The nurses were hailed not only as heroes but as angels. 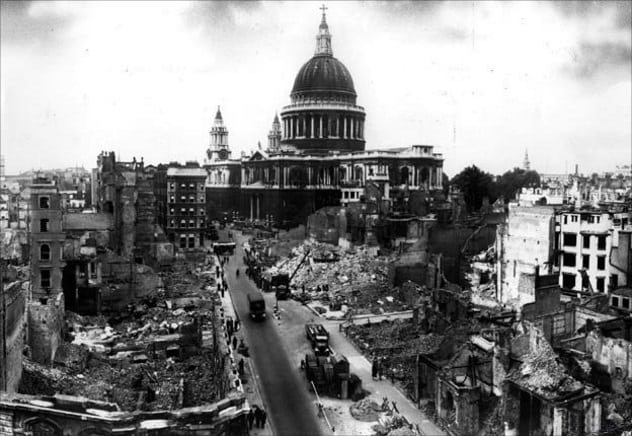 Mary Fleming and Aileen Turner were Irish nurses assigned to the tuberculosis ward at Grove Park Hospital in London. Unfortunately, patients weren’t the sickest thing they saw. In 1940, Germany rained bombs on London, striking the hospital in the process. Seventeen TB patients were trapped until Fleming and Turner guided them to safety.

Even reaching the patients required a heroic effort. Tuner and Fleming had to climb through a window and crawl along a floor on the verge of collapsing. Then they had to shepherd a procession of sick people past burst pipes that spewed burning steam.[7] They succeeded just in the nick of time. Moments after the evacuation, the floor of the TB ward gave way. Afterward, they were awarded the George Medal. 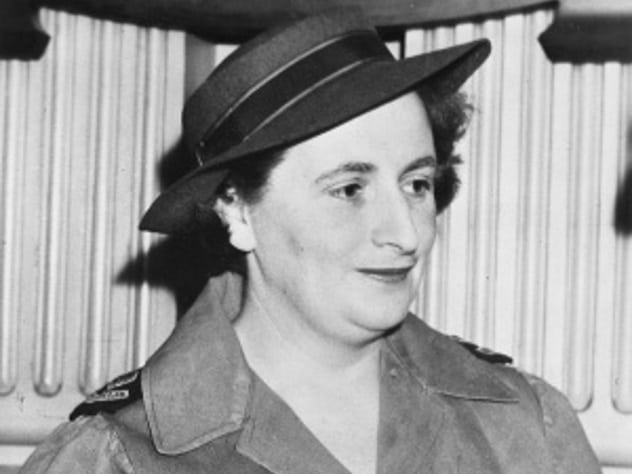 Singing with a fractured jaw sounds extremely difficult. Sister Ellen Savage managed to sing with a broken jaw, broken ribs, and broken people who needed her help. An Australian Army nurse during World War II, Savage sustained severe injuries when the Japanese destroyed her hospital ship, the Centaur.[8] But as the only surviving nurse, she took it upon herself to help the other survivors.

Savage hid her injuries and tended to other hurt passengers. When everyone’s mood sank like a ship, she tried to keep their spirits afloat by leading a sing-along. The group must have sung a long time. Trapped on a raft, they watched helplessly as ships and planes passed without noticing them. And while Savage had to deal with a broken jaw, all the survivors worried about the jaws of the sharks that circled them.

Savage steered the group through those discouraging moments without hinting at the agony she must have felt. She was later honored with the George Medal for her courageous conduct. 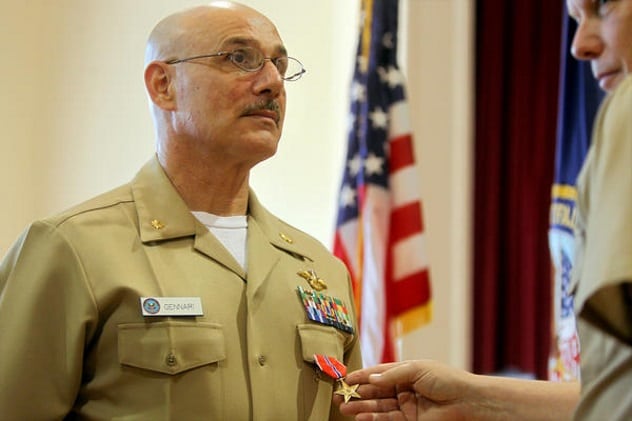 In 2012, helicopter flight nurse James Gennari was stationed in Afghanistan when he was as told a three-year-old who’d been shot was headed his way. But when the patient’s flight arrived, there was no child in sight. Instead, Gennari was greeted by a grown man with an explosive lodged in his left thigh.[9]

A 20-year-old Marine had been shot with a 36-centimeter-long (14 in) rocket-propelled grenade intended for tanks. Luckily, the grenade did not detonate; unluckily, a wrong move could have easily changed that fact. Clearly, a scalpel wouldn’t cut it in this situation. However, there was a bomb expert on hand. Gennari was given the option to vacate the area, but he stayed and helped the expert dislodge the grenade.

The ordeal did not end there. Blood came rushing from the Marine’s leg, and Gennari had to stem the hemorrhaging while keeping his patient’s airways open. He then had to help the Marine breathe manually because the ventilator malfunctioned. Gennari’s noble efforts earned him a Bronze Star. 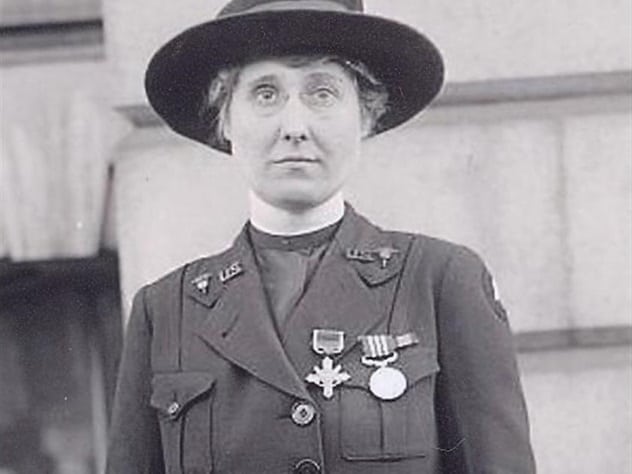 World War I nurses commonly faced finger infections, pathogens, and physical exhaustion from assisting patients nonstop. Those who worked near the front line also confronted enemy fire. Beatrice MacDonald witnessed that danger firsthand in 1917. While working at a casualty cleaning station, she became a casualty of an air raid. Shrapnel slashed one of her eyes, which had to be removed.[10]

Despite losing an eye, MacDonald insisted on seeing the war through to the end. When ordered to return home, she replied, “I have just started doing my bit.” She continued aiding soldiers until the armistice. For the incredible bit of work she did, MacDonald earned the Distinguished Service Cross.