All countries have their idiosyncratic traditions, and Britain is no different. Having not undergone any huge and lasting revolution, however, has allowed its traditions to last. This has left the culture of Britain with some downright bonkers ceremonies dotted about. Here are 10 of the strangest events on the British calendar. 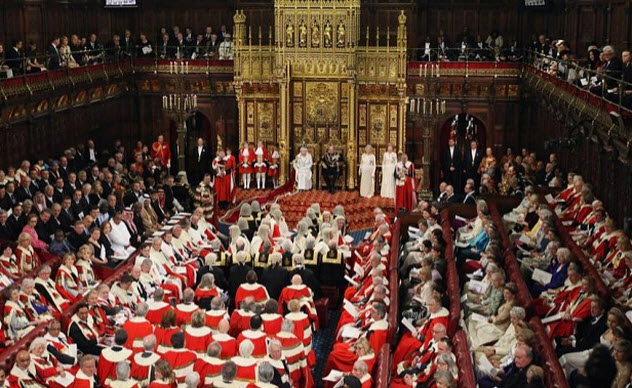 The marriage of a monarchy with a democracy can be rocky one—just ask the severed head of Charles I. In the old days when monarchs held almost all the power, a parliament was only called when the Crown needed to raise money by taxes, which could only be levied with the consent of the Commons. Now Parliament holds all the power, but they can still only meet when called by the Crown. So every May, the monarch goes to the Palace of Westminster to open a fresh session of Parliament.

Before the Queen arrives, Yeomen of the Guard in festive, striped uniforms search the vaults underneath for gunpowder to check that Guy Fawkes has not inspired some modern regicide. Also, an MP is taken to Buckingham Palace as a hostage to ensure the queen’s safety.

Due to the past rancorous relationship between the Crown and Parliament, the queen is not allowed into the House of Commons. She goes to the House of Lords and sends a messenger, The Gentleman Usher of the Black Rod, to call the Commons to her. The doors of the Commons are slammed in Black Rod’s face to show who is boss. Then MPs go to “the other place” anyway.

To make sure that all is done in proper order, people with magnificent titles such as Garter King of Arms, Fitzalan Pursuivant Extraordinary, and Maltravers Herald Extraordinary join the procession of the queen.

9 Weighing The Mayor Of High Wycombe 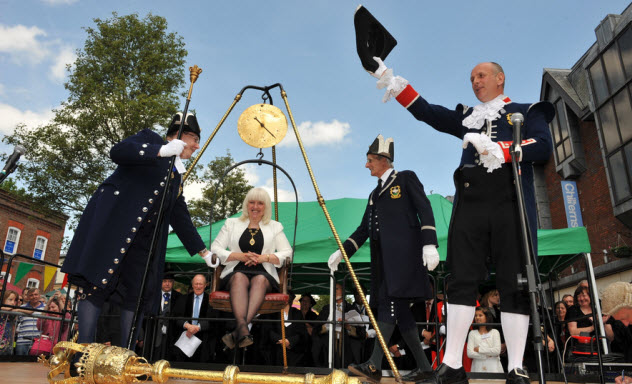 As long as there have been public officials, there have been those who take a little too much for themselves from the public purse. In High Wycombe in 1678, they had a particularly egregious mayor, Henry Shepard. When his time in office was up, they rang church bells and literally drummed him out of town.

To make sure that no one ever repeated his actions, the town came up with a novel solution. Every year, they weigh the mayor and other councillors in public. If they are found to have gained weight, presumably from living too well at public expense, they are jeered by the crowd. Today’s mayors should count themselves lucky—in the past, the portlier public servants were pelted with rotten fruit. 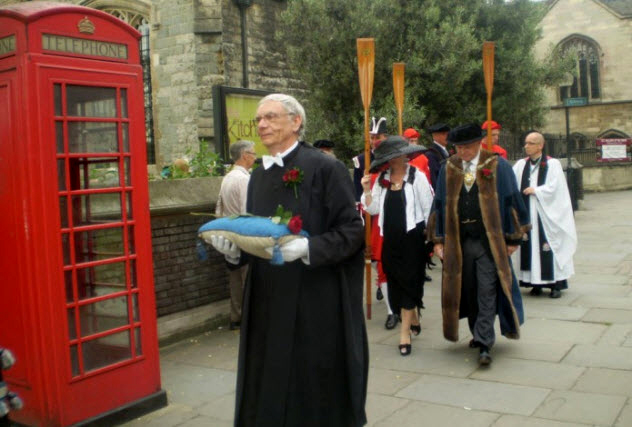 Photo credit: All Hallows By The Tower

Fourteenth-century London was a dirty place, even more so than today. The streets were narrow, muddy, and seething with animal and human filth. For Lady Constance Knollys, there was another nuisance. Across the road from her house was a threshing ground blowing dust and chaff into her garden.

She dealt with this problem by buying the land and turning it into a rose garden. But how to get to this garden without exposure to the grimy street? She built, without authority, a walkway above the road.

For her illegal bridge, Lady Knollys was fined by the Lord Mayor. The price? A single red rose. Since the fine was to be paid by her and her “heirs and assigns forever,” the ceremony still occurs every year. A red rose is cut, placed on a velvet cushion, and paraded through the streets of London to Mansion House where it is presented to the Lord Mayor.

7 Election Of The Mayor Of Ock Street 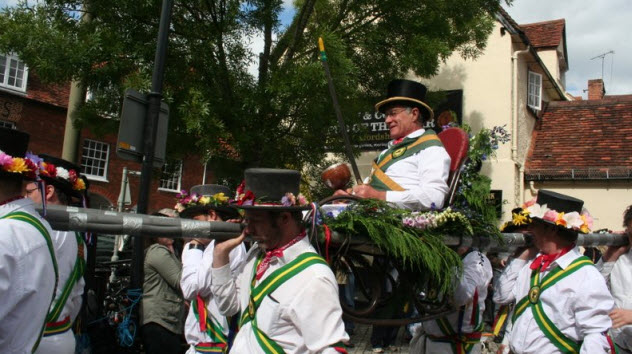 Weighing your mayor is not the only way to guarantee his civil virtue. In Abingdon, they rely on the mock mayor of Ock Street. People living on or near Ock Street would vote for one of their own to act as their unofficial mayor.

The mayor elected would have the right—and duty—to tell the “real” mayor when he was messing up, like a court jester being allowed to mock a king. Though it is now a more ceremonial role, the elections are still held.

When the Ock Street mayor is elected, he is carried in a chair covered in flowers through the streets by the Ock Street Horns. This is a wooden bull’s head on a pole which commemorates a brawl in 1700 over who would receive the horns of an ox roasted in the market. 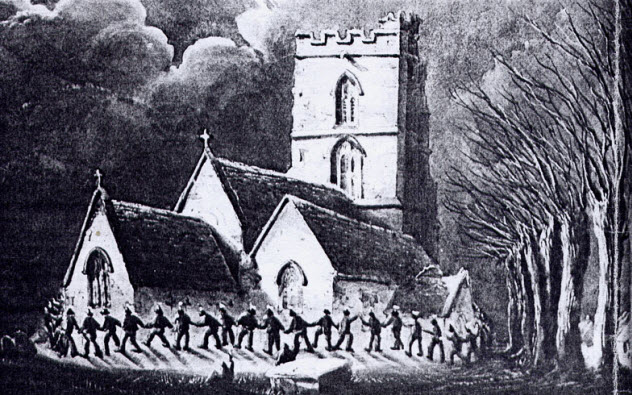 How do you show your love for your church? Has it ever occurred to you to actually hug it?

That is what the ceremony of “church clipping” literally does. On Shrove Tuesday, Easter Monday, or another holy day associated with the church, the congregation will surround the building, hand in hand, in a great circle.

Hymns are sung, a dance may be done, and then all at once, the people will rush to the church to embrace it. No one knows the origin of this ceremony, but its name is thought to derive from the Anglo-Saxon clyppan, meaning to “clasp” or “embrace.” 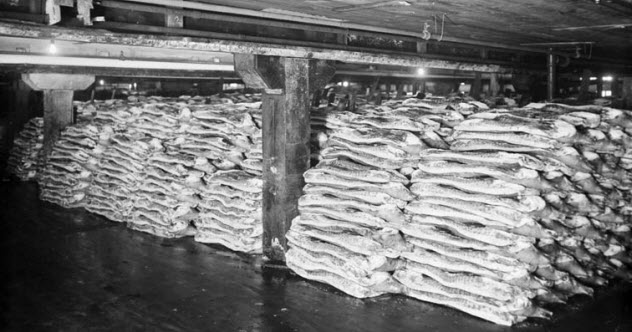 The bacon was nat fet for hem, I trowe,
That som men han in Essex at Dunmowe.

–Chaucer, The Wife of Bath’s Prologue

Usually, the reward for a happy marriage is not having a miserable life. In Dunmow in Essex, they do things a little differently. If you and your spouse will swear—and prove—that “neither of [you] in a year and a day, neither sleeping or waking, repented of their marriage,” you will be awarded a flitch (side) of bacon.

A jury of six bachelors and six maidens listen as the couple gives evidence, and their testimony is questioned by a lawyer acting for the bacon. The successful spouses are carried through the streets alongside their well-earned breakfast. 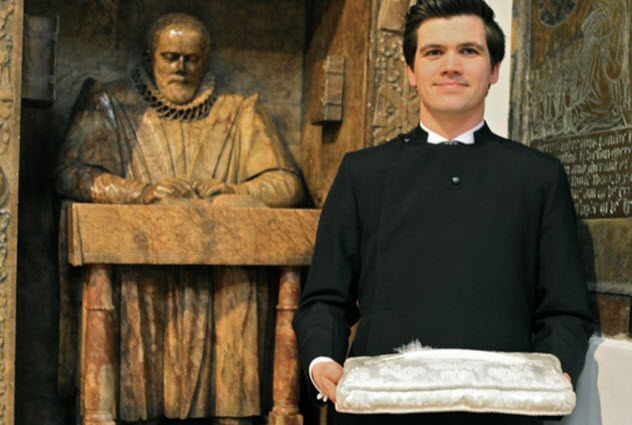 Born in 1515, John Stow was like many writers in that he kept another job to earn enough to keep writing. By trade, he was a tailor, but he is considered the father of London history for his epic Survey of London.

His tomb takes the form of Stow writing at his desk. Except he lacks one thing—a quill. In place of a stone quill, a real one is placed in his hand every three years by the Merchant Taylors’ Company and the Lord Mayor of London. 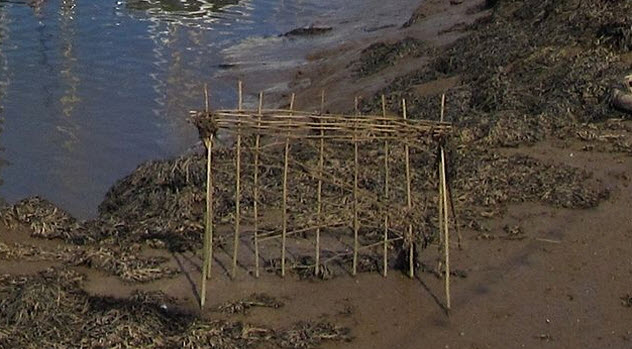 The tradition of “Planting the Penny Hedge” sounds like a delightful children’s game. In fact, the story behind it involves the murder of a holy man. In 1159, three hunters pursued a boar until it sought sanctuary in a hermit’s home. When the hermit refused to let their dogs in, the hunters attacked him. As he lay dying, the hermit offered to forgive them if they and their heirs performed a penance.

Their task was to plant a penance hedge (hence “Penny Hedge”). Each year on Ascension Day, under the supervision of the bailiff of the manor of Fyling, a small hedge of nine hazel saplings is planted by the harbor. On completion, a ram’s horn is blown three times. For the penance to be paid, the hedge must stand for three tides. 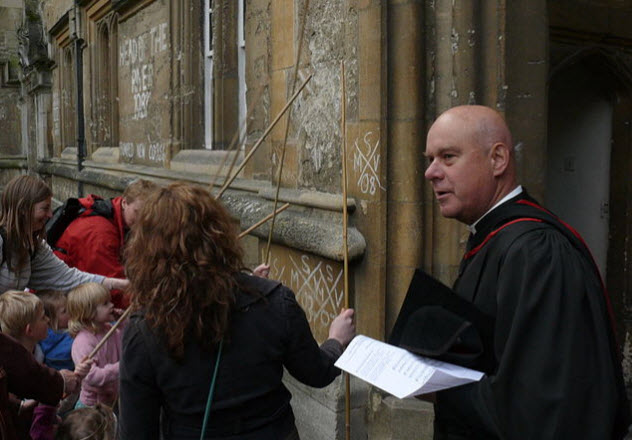 In the days before detailed maps, it was important that boundaries not be forgotten. To make sure everyone knew in which parishes things were, the people of a parish would go and beat the bounds. This took—and still takes—the form of parishioners striking markers on boundaries with wooden wands.

The custom was found in Anglo-Saxon times and may even be linked to Roman customs. High Wycombe, not content with weighing mayors, beats its bounds in a unique way. They bash a child’s head against a box at various locations to mark their boundaries. 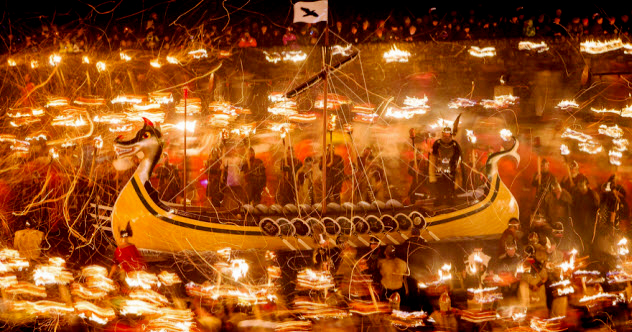 Unlike most of the ceremonies on this list, Up Helly Aa is not ancient. Their website claims that it originated in the 1880s. It is, however, one of the most impressive British traditions.

Held every year in Lerwick, Shetland, the festival involves 1,000 men, Jarls, dragging their leader, the Guizer Jarl, in a replica Viking ship through the streets. Once in place, the procession circles the ship with flaming torches. At the blow of a horn, they throw the torches onto the ship and four months of hard work by the ship’s builders goes up in smoke.