There’s a reason why prostitution is called the world’s oldest profession. It has been around for thousands of years in one form or another. Whether for money, trade, or protection, people have been selling their “goods” across the globe since the advent of quid pro quo. Throughout the centuries, numerous ladies of the evening have stood out from their peers as being somewhat more prestigious in their abilities. Here are ten of history’s most prominent prostitutes. 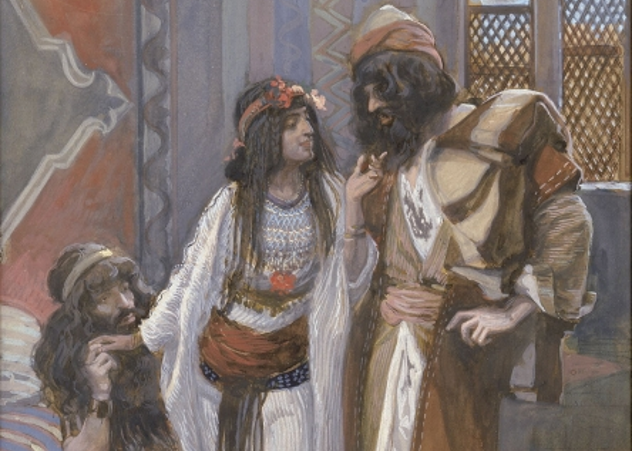 The story of Rahab comes from the Book of Joshua in the Torah and tells of a woman who ran an inn and brothel adjacent to the wall of Jericho during that city’s siege by the Israelites, commanded by Joshua.

Before entering the city, Joshua sent two spies to Rahab’s in order to properly assess the military strength of Jericho. When Jericho’s soldiers went to capture the spies believed to be under Rahab’s roof, she hid the men under piles of flax and barley. She feared the wrath of the Israelites and gave refuge to the spies in order to spare her and her family from death, to which the spies agreed. To mark her home to be spared, she placed a red chord on the door, which some believe may be the origin of the use of a red light to indicate a brothel. 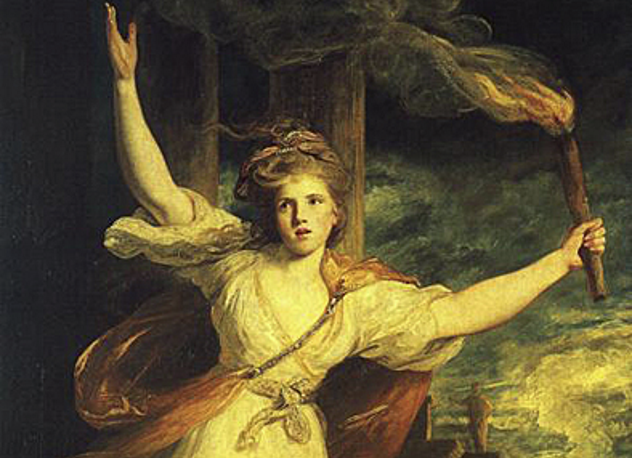 Often, the company we keep can be what lands us in the history books. This was certainly true for the likes of Thais, who accompanied none other than Alexander the Great on his many campaigns. It is unknown whether or not Thais “worked” for Alexander, but it is said that he kept her in his company for the duration of his many military campaigns.

Aside from being arm candy to one of the greatest military commanders of all time, Thais also instigated the burning of Persepolis. She gave a speech at the palace of Persepolis and called for its destruction. She was the second person after Alexander to ceremoniously throw a torch into the building. This was likely done as an act of vengeance against King Xerxes of Persia for his destruction of the Athenian Acropolis. 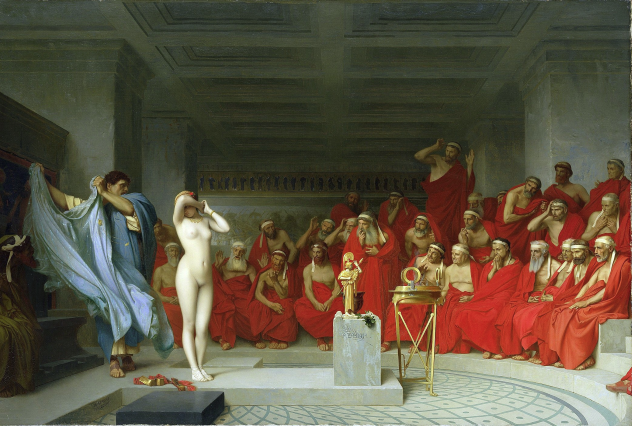 Perhaps one of the most famous ladies of the night to come out of ancient Greece, Phryne was a courtesan whose real name was Mnesarete, which meant “to commemorate virtue.” Her real name notwithstanding, Phryne was eventually charged with impiety. She faced her charges with the defense of Hypereides, a famous orator of the time.

When it looked like her trial was leaning toward a guilty verdict, Hypereides exposed his client’s breasts to the court. Seeing her beauty exposed in such a way brought pity to the judges, who proclaimed that they could not sentence to death “a prophetess and priestess of Aphrodite,” and Phryne was acquitted of all charges. 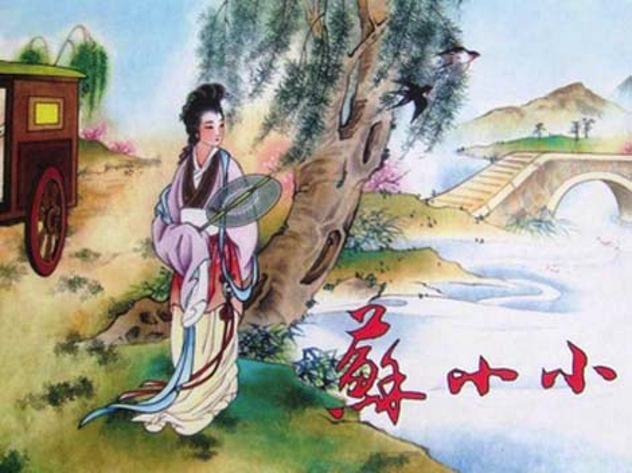 Photo via The Honest Courtesan

Su Xiaoxiao, sometimes referred to as “Little Sue,” was a Chinese courtesan and poet who lived during the Southern Qi Dynasty and was well-regarded for both her beauty and intellect. Though she shared her body with the common man, she was best known for her poetry. She died at the age of 19 due to a terminal illness, and when she saw her death on the horizon, she dedicated her remaining time to writing poetry and sharing her beauty with the world.

There are numerous stories of her life, most of which involve her escapades with young men. Her tomb sat undisturbed for centuries until it was destroyed during the Cultural Revolution, but it was finally rebuilt in 2004. 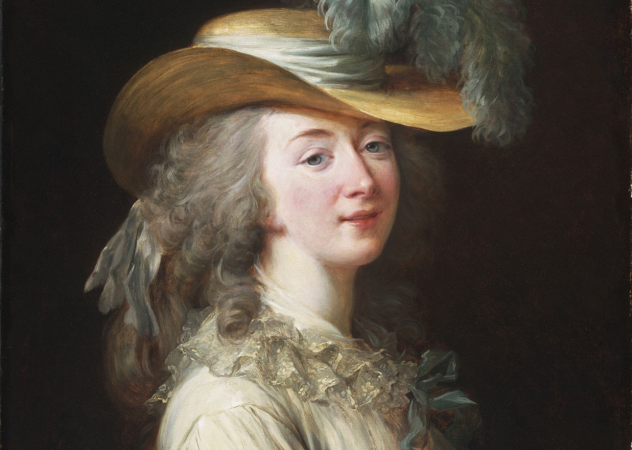 Madame du Barry was the last chief mistress to King Louis XV of France, who fell victim to the Reign of Terror that arose during the French Revolution.

She began her career in Paris, accumulating a large base of aristocratic men who paid for her services. To become the mistress of the king, she required a title and was falsely married to her brother, while falsified documents claimed her to be three years younger and gave her a fictitious line of noble descent.

Within a year, she was able to elevate her status from a streetwalker to a noble courtesan of the king of France, but timing was not on her side because of the Reign of Terror. Her immediate association with Louis XV almost guaranteed her a date with the guillotine on December 8, 1793. 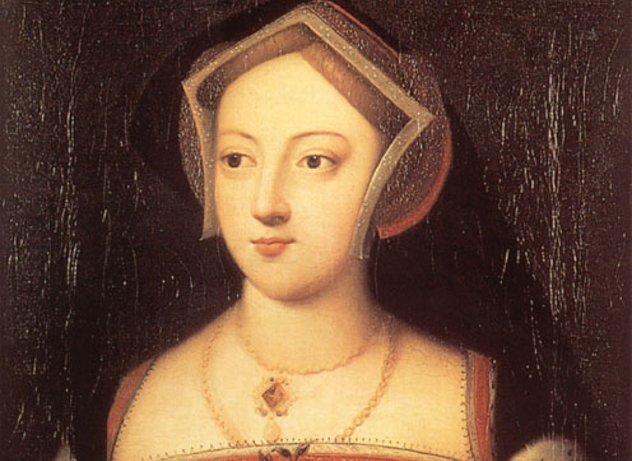 The lesser-known sister of Anne Boleyn, Mary Boleyn often sat in her sibling’s shadow. She was a courtesan and lady in waiting who was known by many in France as “The English Mare” due to her sexual proclivities. Many stories recount the use of her sexuality to gain favors in court, and she was a mistress of both the English and French kings for a time. It is believed that she died around the age of 40 or 41, though her burial site is unknown.

Mary lost the favor of court life after she married a man who was considered to be of a lower status than she was, and when her sister was beheaded, she faded into relative obscurity in France. Her descendants include notable British citizens such as Charles Darwin and the Duchess of Cambridge Catherine (Middleton). 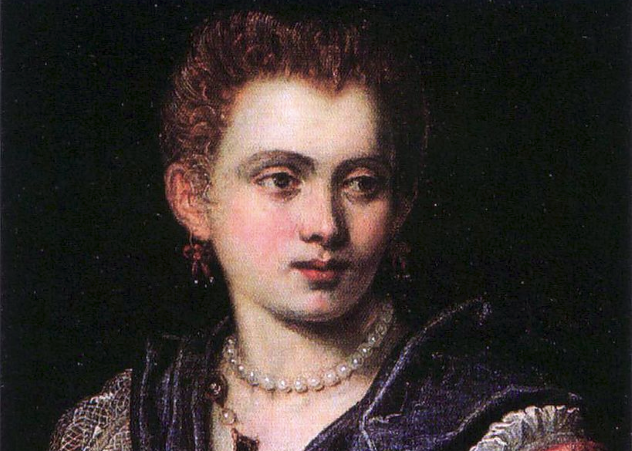 Veronica Franco was a well-educated young lady whose mother taught her the means at her disposal to attract a wealthy husband. While still a teenager, she married a doctor, but it ended badly, and Veronica turned to prostitution at the Venetian Court to survive.

While she delighted the male aristocracy of Venice, she also spent time writing and published several books of poetry. She was so successful in both her professions that she amassed a large fortune and began a charity for her fellow courtesans’ children.

Like others in her line of work, she was charged with witchcraft and was forced to successfully defend herself at inquisition. Her ultimate fate is unknown due to her passing into obscurity, but it is believed that she lost her wealth when she was forced to flee Venice due to plague in 1575. She is believed to have died in poverty following the death of her last benefactor. 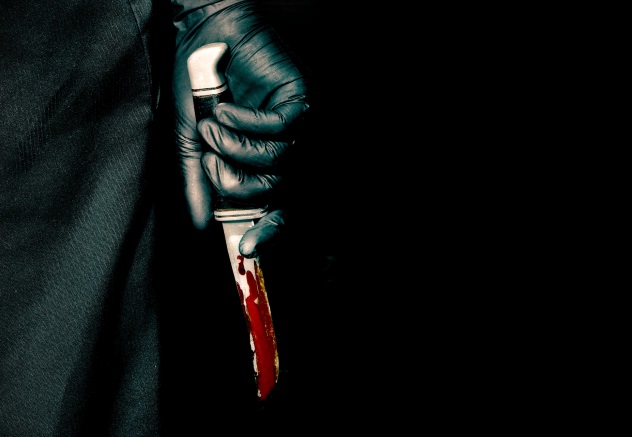 In some cases, it’s not the life you live but rather your death that makes you famous. Mary Jane Kelly is one such woman—the final victim of Jack the Ripper.

The horrors done to her in her final moments of life make her murder stand out above the four that preceded it. Each of the victims were mutilated in some way following death having their throats slashed. Mary Jane Kelley was not as fortunate, as her mutilation was likely carried out while she was still alive. The scene was so gruesome that most who saw it fell ill, and the only known photograph of the scene is believed to be the first ever crime scene photo. Without delving into too much gruesome detail, blood was spattered all over the place, and various organs and pieces of flesh were removed and draped about her body. Her death, like the others in the Ripper case, remains unsolved. 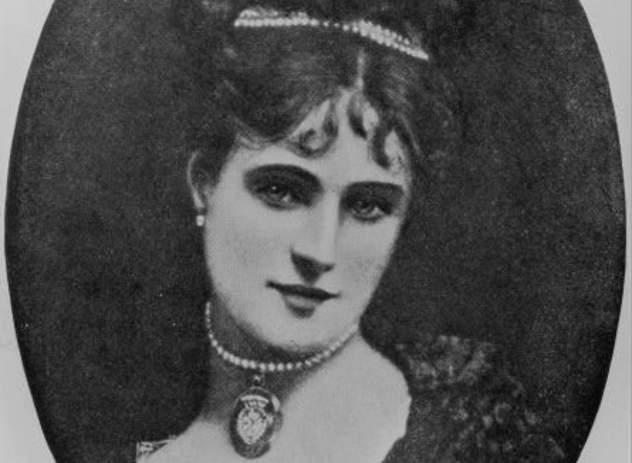 The list of her male benefactors includes many politicians and a member of the royal family, possibly Edward VII, the eldest son of Queen Victoria and Prince Albert. She was best known for her modesty, which made her a likely candidate for many aristocratic men who wanted their sexual escapades to remain secret. This made her a very wealthy and well-cared-for woman who amassed a considerable fortune, which allowed her to retire in 1890, making her a very rare example of a courtesan who did not die young, impoverished, or in obscurity. 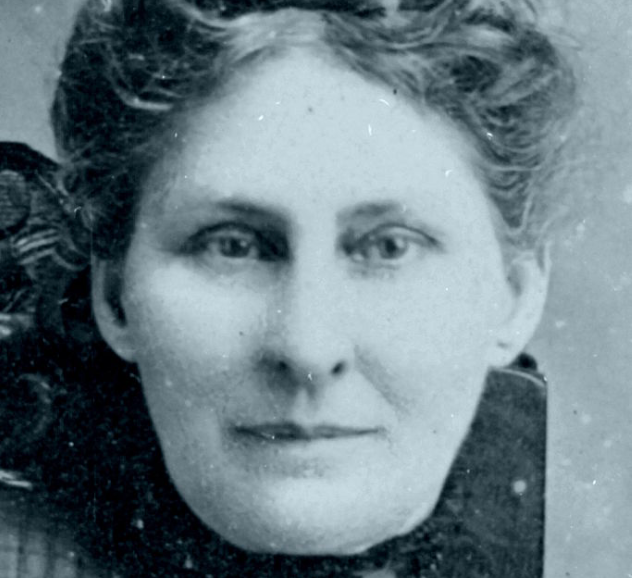 Lizzie Lape was an Ohio madame and prostitute who ran multiple bordellos. Lizzie married eight times, once to her best customer, and is best known for her odd connection to Warren G. Harding, the 29th president of the United States.

Harding worked as a newspaper editor and staged a hoax upon a rival editor, Vaughn, at Lizzie’s most famous bordello, the White Pigeon. Harding was able to coax Vaughn into the brothel and then had the police perform a raid, causing a great deal of embarrassment for the gentleman. It is believed that Mr. Harding was well-acquainted with Lizzie’s houses and may have visited her Red Bird Saloon.

Lizzie was able to hold onto her properties despite multiple lawsuits by ex-husbands. She never lost her houses and ultimately retired on her own terms.

Jonathan is agraphic artist, illustrator, and game designer with a few independently-published games through his game company, TalkingBull Games. He is an Active Duty Soldier and enjoys researching and writing about history, science, theology, and many other subjects.