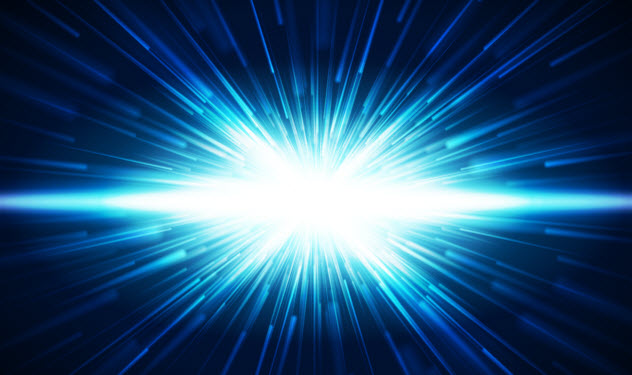 According to certain studies, the universe should not have survived more than one second. For example, the big bang should have produced equal amounts of matter and antimatter, canceling each other out. Instead, slightly more matter was produced, creating the entire observable universe. We can’t definitively explain this.

In another theory, the universe is in the Higgs field, which gives particles their mass. A large energy field stops our universe from falling into the valley, a deeper field, where the universe couldn’t exist.

The impossibility of life on Earth is also mind-meltingly high. Galaxies couldn’t exist without the right mixture of matter, dark matter, and dark energy. Then Earth had to be the right distance from the Sun. A Jupiter-sized planet also had to attract more asteroids and comets, or Earth’s surface would be too violent to sustain life.

Did life really keep beating these odds, or was the universe helped in some way? 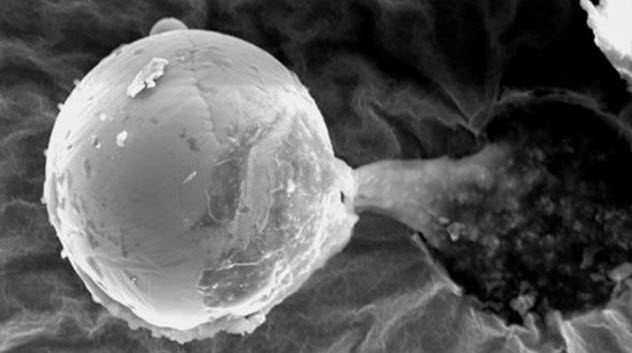 According to Francis Crick’s directed panspermia theory, life originated elsewhere and was sent to Earth by advanced beings. An earlier theory of panspermia suggested that life came here on an asteroid or comet.

In July 2013, astrobiologist Milton Wainwright claimed that he found an actual “seed of life.” After launching a weather balloon over England, he captured a metallic ball about the width of a strand of hair. Inside its shell of titanium and vanadium, the ball contained a gooey biological liquid. Many scientists are skeptical of his claims. 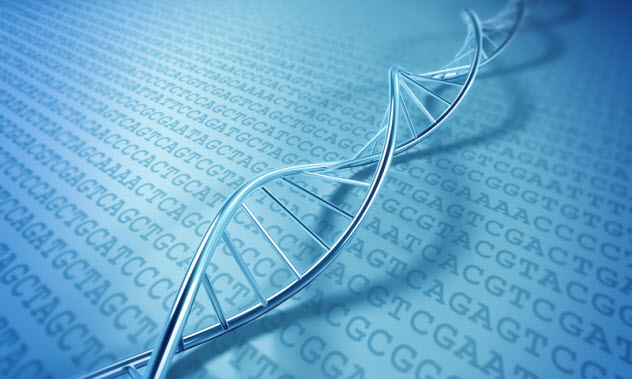 Humans are made up of about 22,000 genes, or 3 percent of the human genome. The other 97 percent is “junk DNA,” which may contain a coded message or “designer tag” if life originated elsewhere or was created by a higher being.

In 2013, two Kazakhstan researchers claimed that they found an ordered sequence of a symbolic language in our junk DNA that would not have happened naturally. However, many critics dismissed their “biological SETI.”

Alternatively, geneticist Francis Collins argued in his book The Language of God that DNA is God’s alphabet and makes up the book of life.

In 2003, philosopher Nick Bostrom postulated that the universe is a computer simulation, a theory accepted by Elon Musk and Neil deGrasse Tyson. If true, a higher being or beings had to build the simulation. The universe would also be finite because all computers have limits.

Some researchers believe that we may detect this computer simulation if we can find the limits of the universe. To test this, German researchers built universe simulators on a lattice in a quantum computer.

They focused on cosmic rays, which are atom fragments that come from outside the solar system. Cosmic rays have a finite amount of power and deteriorate over time.

When they reach Earth, they all have similar amounts of energy, which is a maximum of 10 electron volts. This suggests that all cosmic rays have similar starting points—like the edge of the simulation lattice of a quantum computer.

6 The Spread Of Life 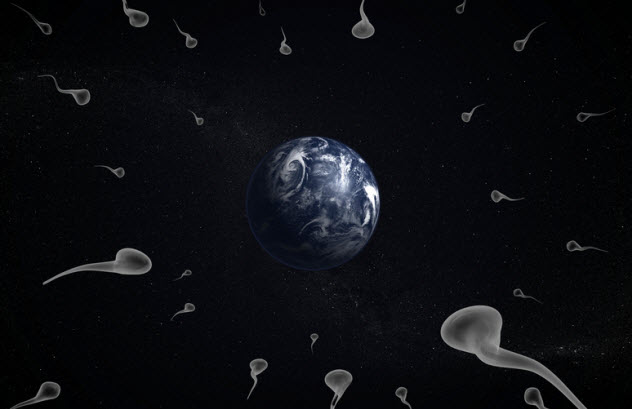 Scientists tested two possibilities for bringing life to Earth: by asteroids and by intelligent beings. The result was that both were possible and would have followed the same pattern. If correct, this study also indicates that life exists elsewhere in the galaxy. 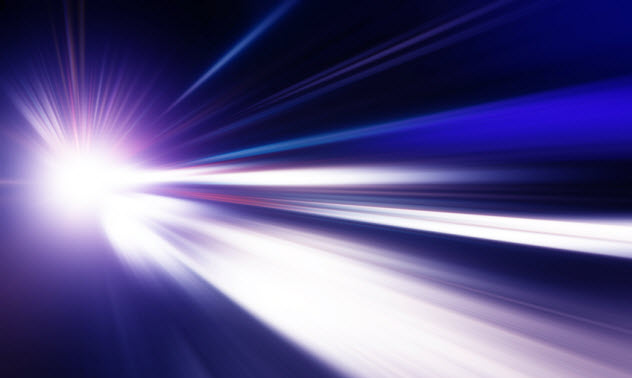 According to theoretical physicist John D. Barrow, we can tell if the universe is a simulation by looking for mistakes or errors in it. Barrow believes that even advanced civilizations would not have complete knowledge of nature’s laws.

There would be notable glitches in the matrix, such as changes in the physical constants. These are physical properties—like the speed of light—that are the same everywhere throughout time.

In 2001, Australian researchers found evidence that the speed of light has been slowing over the last billion years even though this contradicts general relativity. Astronomer John Webb discovered that light from a quasar had absorbed the wrong type of photons on its 12-billion-year journey to Earth.

This could only happen if there was a change in the speed of light or the charge of an electron, both of which are physical constants. Skeptical researchers disagree.

Regardless, no one is sure why physical constants stay constant. But they are critical to the existence of our universe. Some scientists speculate that physical constants are evidence of the universe being “finely tuned” for life to exist. 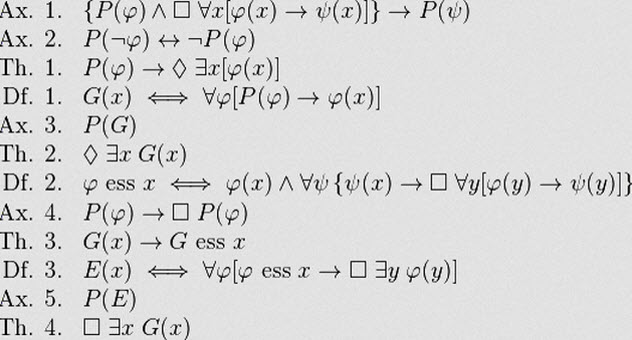 In the 1940s, physicist Kurt Godel tried to prove the existence of God with the mathematical proof above. It is based on this argument by Saint Anselm of Canterbury:

1. There is a great being called God, and nothing greater than God can be imagined.

2. God exists as an idea in the mind.

4. Therefore, if God only exists in the mind, then it’s possible that we can imagine a being more powerful than God.

5. However, that contradicts argument one because nothing greater than God can be imagined.

In 2013, two mathematicians processed Godel’s equations on a MacBook and found them to be correct. However, the theorem doesn’t prove that God exists, simply that it’s possible that an all-powerful being could exist according to modal logic.

3 Reality Doesn’t Exist Unless We’re Looking At It 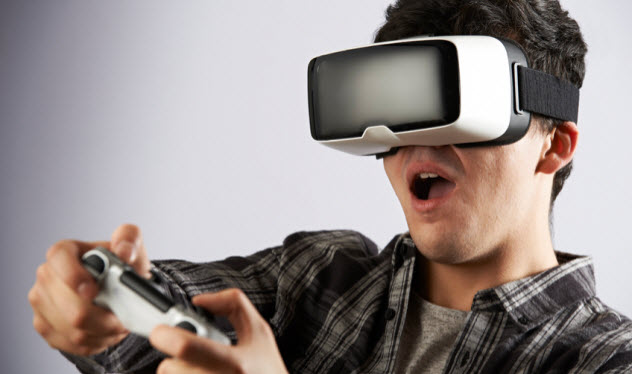 A video game constructs itself when you’re looking at a particular area. Otherwise, it doesn’t exist. Reality is similar because certain aspects only exist if we are looking at them.

This mysterious phenomenon is based in quantum mechanics. Subatomic objects are usually either waves or particle-like solid objects. Rarely, they can be both. Some examples include light and objects that have a mass similar to electrons.

When these objects aren’t being observed, they sit in a dual state. But when they are measured, they “decide” to become either a wave or a solid object. These foundations of our reality lie dormant until we look at them, which isn’t much different than the simulated world of a video game. 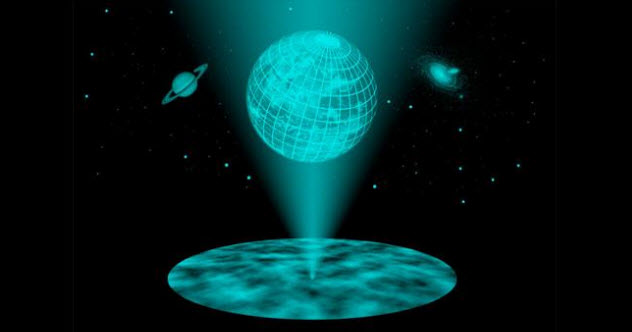 In 1997, theoretical physicist Juan Maldacena proposed that our universe is a two-dimensional hologram—completely flat—that we perceive in three dimensions. Tiny strings called gravitons vibrate to create this holographic universe. If correct, this would help solve some differences between quantum mechanics and Einstein’s theory of gravity.

Some studies show that a 2-D universe is possible. Japanese researchers computed the internal energy of a black hole, the event horizon position, and other properties in a 3-D world and then computed the same in a 2-D world with no gravity. The calculations matched. Another model showed that the universe is 2-D if space-time is flat.

Researchers at Fermilab are using a giant laser to look for “holographic noise,” which is evidence of “buffering” in the cosmos. If a 3-D holographic universe built on a 2-D system of moving lines (like lines of coding) lags, that strongly indicates that the universe is a simulation.

1 Coding In The Cosmos

According to theoretical physicist Sylvester James Gates, compelling evidence suggests that we are living in a simulation. While working on superstring equations with adinkras (symbols used in supersymmetry algebra), Gates found coding created by mathematician Richard Hamming called “doubly even self-dual linear binary error-correcting block codes.” Gates questioned if this basic coding is somehow responsible for controlling the universe.

In the video above, Gates said that “[an] unsuspected connection suggests that these codes may be ubiquitous in nature and could even be embedded in the essence of reality. If [so], we might have something in common with the Matrix science fiction films, which depict a world where every human being’s experience is the product of a virtual reality–generating computer network.”