It’s a question that has grabbed the attention of humanity since long before history has been recorded. What life exists outside of this little ball that we call Earth? Whether we’re talking about the gods of Olympus or the Klingons of Star Trek, it is a theme that has appeared consistently throughout all of human history.

As science expands our knowledge of the universe every year, we half expect the news that extraterrestrial life has been found. But what if we’ve been looking in all the wrong places?

Science predicts many examples of counterintuitive forms of life. While impossible on Earth, they could very well exist elsewhere in the universe. So, without further ado, here are the top 10 scientifically possible extraterrestrial life-forms. 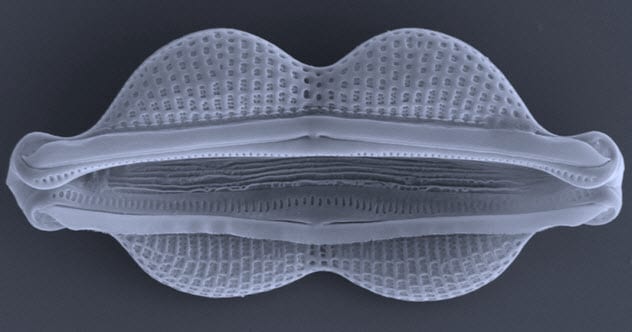 Silicon is a molecule whose structure and chemical properties are remarkably similar to the properties of carbon—the element on which most life on Earth is based. An important part of life as we know it is the ability of carbon to form complex chains of atoms and molecules sufficiently large to contain biological programming such as DNA.

Silicon, also commonly used in computer chips, is the closest that humanity has ever come to designing their own intelligent system. It would have the potential to organically form its own version of DNA under the right circumstances.

Additionally, there are examples on Earth of organisms using silicon in biological structures, specifically in a form of algae known as diatoms. They are responsible for the usage of over six billion metric tons of silicon each year in Earth’s oceans as well as the production of almost 20 percent of the planet’s oxygen.[1]

As a result, it is likely that silicon might exist as a stage of early life on other planets, converting their atmospheres into oxygen and getting them ready for more advanced life later on. 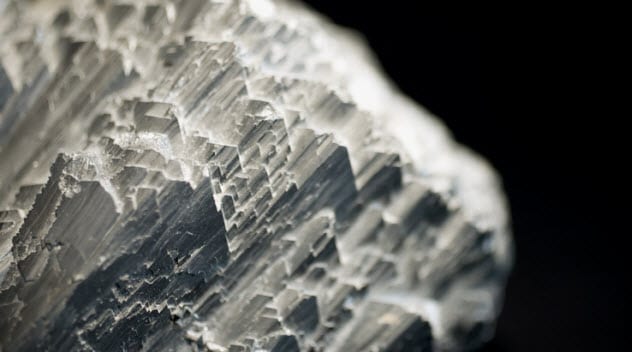 Although it seems counterintuitive that one of the most iconic poisons on Earth has a basis in forming life, science suggests that it is entirely possible for arsenic to be incorporated into complex biomolecules.

The argument for arsenic in life-forms stems from its chemical similarity to phosphorus, a staple part of DNA in Earth life. Some studies suggest that arsenic may have once been a part of the DNA in early life on Earth, taking the place in DNA that phosphorus does now.

In an early stage of life before microbial activity was able to leech phosphorus from rocks in the ocean, arsenic would have been far more available to organisms living near hydrothermal vents deep in the ocean.[2]

Although evidence suggests that phosphorus is a more efficient chemical than arsenic in advanced life, the poisonous element would likely be good enough for early, simple forms of life. Creatures made of this substance may lurk in the depths of alien oceans. 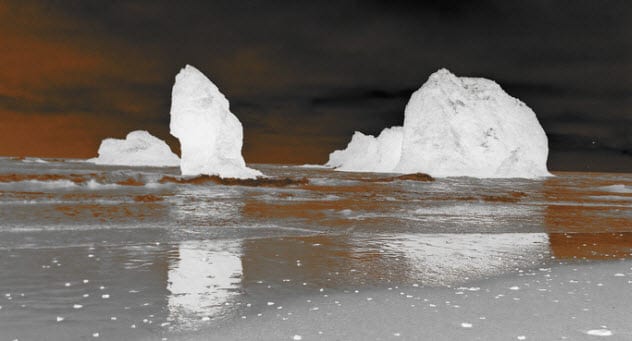 Water is an essential part of all Earth life. Our bodies use the liquid as a solvent, which is necessary for almost all chemical reactions that create energy and sustain functions. This is seen in humans and all the way down to the smallest microbes.

But what if there was an alternative to water? Recent science suggests that there is.

As such, organisms using ammonia rather than water as a chemical solvent would likely live longer but metabolize and evolve more slowly than water-based life. 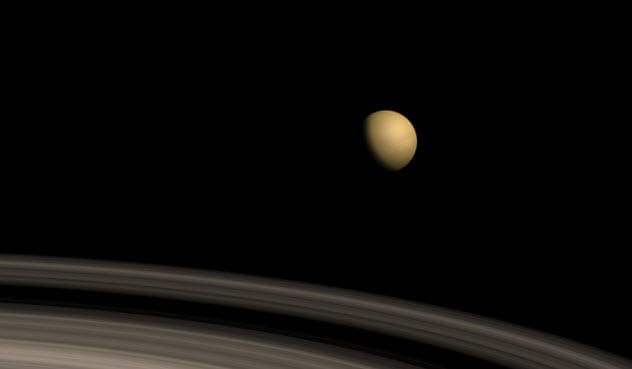 There are some environments in which methane would be far more prevalent than water. Saturn’s moon Titan is a prominent example.

According to a computer model, life which relies on methane would be able to exist in extremely cold areas as well as regions entirely without oxygen. The model revealed that a cell wall could be constructed that would work in liquid methane at -180 degrees Celsius (-292 °F).

Along with the fact that cell membranes could be created with nitrogen, carbon, and hydrogen molecules, which are known to exist in Titan’s oceans, this function means that simple organisms could exist in the frozen depths of methane oceans.[4]

As with ammonia-based organisms, life in methane oceans would inherently be paced much slower than life on Earth. Slow evolution and metabolism would occur due to the frigid temperatures necessary to maintain the ocean of liquids. 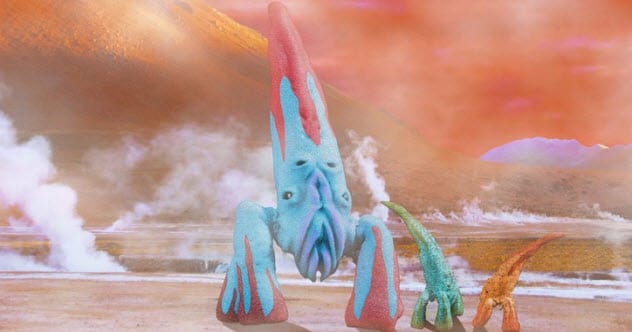 Carbon-based life-forms are the only type which we, being carbon-based ourselves, know anything about. Thus, we’re sure that hundreds of planets exist within the potentially habitable zones of their stars. These planets would be able to support life as we know it with oxygen, liquid water, and even the chemicals and reactions necessary to jump-start life.

Additionally, carbon-based life is the only type that we are sure exists, as evidenced by our own planet.

This isn’t to say that carbon-based life on other planets would look at all like Earth’s. Through evolution, it is possible for extraterrestrial carbon-based life to take on a dramatically different form by adapting to fit its environment.

Just look at the massive number of life-forms that exist on Earth. They live everywhere from frigid oceans to the mouths of active volcanoes and fault lines. The existence of organisms on Earth in such extreme environments is proof that it is entirely possible for this kind of life to exist on a wide variety of other planets, including some that we would consider uninhabitable for humans.[5] 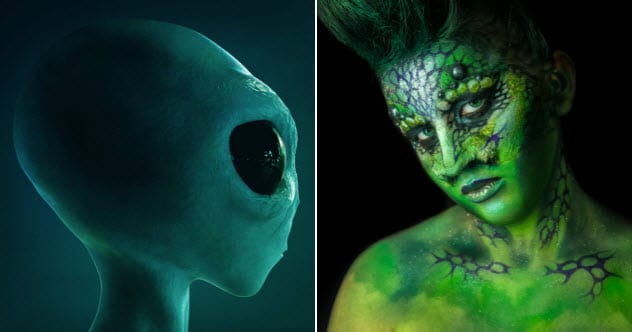 If creatures could hypothetically evolve using an entirely different basis for life than that on Earth, why couldn’t they combine multiple methods? For example, life could be based primarily in silicon, contain elements of carbon or arsenic, and use ammonia as a solvent.

As previously mentioned, some life-forms on Earth incorporate silicon structures into their cells. So why not take it a step further? If an organism evolved on a planet with a relative abundance of multiple elements that could be used in the processes of life, why not take those two and make them into a composite whole?

Silicon and carbon can bond with each other as well as silicon and oxygen, carbon and oxygen, and silicon and fluoride. So it is possible for these molecules to react and form complex chains that would store and transmit information in a manner similar to DNA. 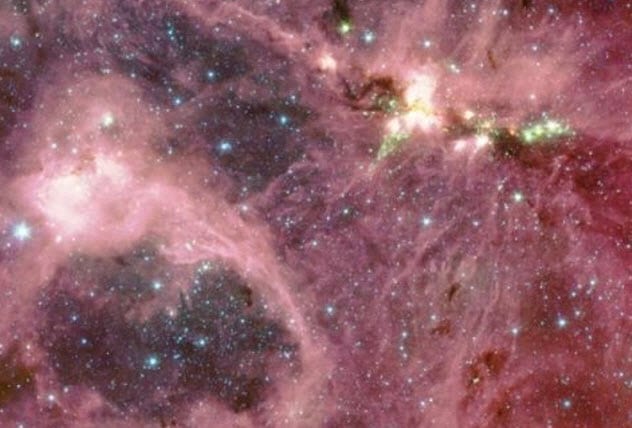 This one truly falls into the realm of science fiction.

By modeling conditions that are possible in space, a 2007 study found that plasma and dust can function in a way that may qualify as life. They may even form microscopic double helix strands of solid particles through the polarization of plasma and dust. Sound familiar?

Even more fascinating, the study found that these strands can undergo changes such as those associated with organic molecules, specifically DNA. They can divide, copy, and even evolve as less stable strands break apart and more stable ones endure.[7]

These life-forms could exist as chilling entities formed of nonorganic materials in the void between stars inside massive dust clouds or in plasma or dust rings surrounding stars. Through continued evolution, it is entirely possible for such clouds to one day achieve sentience. 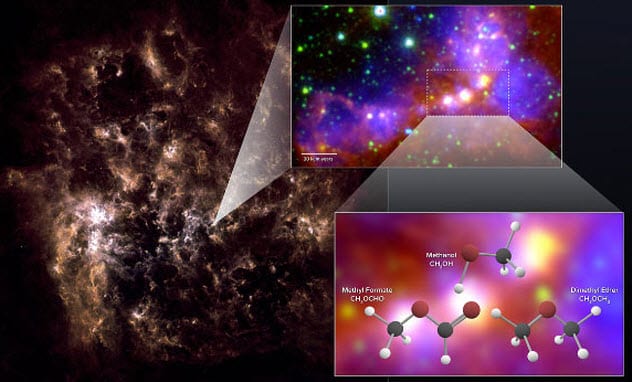 Although science does not currently suggest that stars or galaxies themselves could form life, it does indicate that life with organic compounds can form outside of a home planet with the help of nearby stars and star structures.

This suggests that given time and the right circumstances, these compounds could eventually form into self-replicating molecules that would become the basis of life in such nebulae. Later, they could create more complex biological structures. As they would evolve without the basic function of gravity such as on Earth, we have no idea what these creatures might look like.[8] 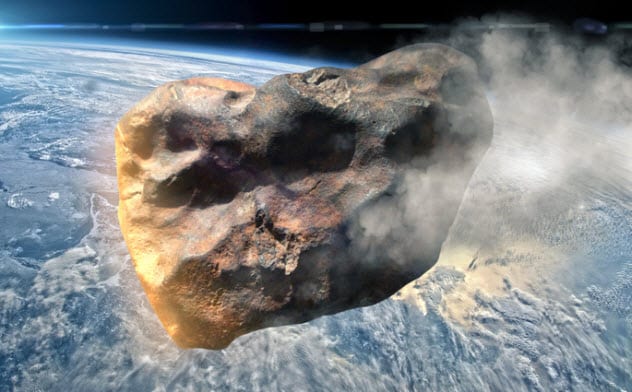 A popular theory is that life propagates through the universe through planetary ejection caused by large impacts on previously populated planets. This theory states that life can be distributed by dust, debris, asteroids, and comets carrying microorganisms from other planets.

For panspermia to be plausible, the organisms must be able to survive intense forces and extremely hot and cold temperatures for extended durations. This is due to the inherent forces involved in an asteroid impact, the heat from friction with a planet’s atmosphere, and the extended time when the organism is in transit through space—potentially thousands or millions of years.[9]

Organisms like that exist on Earth already. These extremophiles can resist extreme cold and heat as well as UV rays and intense forces. Although they are among the most basic known forms of life, they have an unparalleled ability to survive conditions that would kill most other organisms.

Thus, it is entirely plausible that life could have spread throughout the universe via asteroid impacts and the extremophiles that were carried on these alien asteroids.

Even if life was based on the extremophiles from another planet, the simplistic nature of these organisms makes it unlikely that they would evolve into anything that looked like the more complex creatures on the original planet. This is due to the different traits necessary to survive on the two planets. 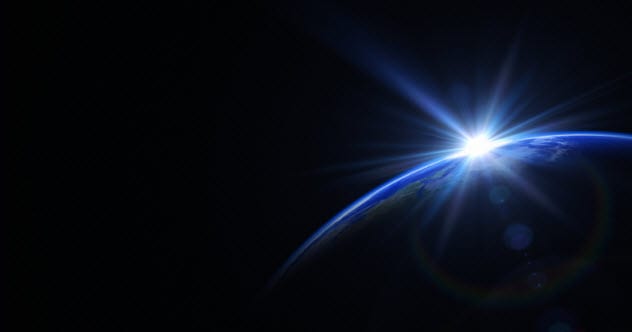 Unfortunately, it is entirely possible that we are the only planet in the universe that has life. Due to the vastness of space and the limit that light speed imposes on intergalactic travel, it may be impossible for us to ever discover other life or even determine if it exists at all. In the observable universe, we have not found any concrete evidence that life does or has ever existed on other planets.

With that being said, the universe is only about 13.8 billion years old. While this may seem like a long time, we have no way of knowing how old the universe will become. Perhaps we are the first planet to evolve life, with many others to follow in the future.

Still, we can’t help but wonder if our signals will ever be received by someone or something out there or if they will just shoot forever through the cold, dark void of space.

For more intriguing speculation about extraterrestrial life, check out 10 Principles That Govern Our Understanding Of Extraterrestrial Life and 10 Reasons Alien Life Really Is Probably Out There Somewhere.