Capital punishment has long been a contentious topic in US history—and never more so than when the condemned is a woman. The following is a list of women whose crimes in a cruel and unforgiving era afforded them no leniency, leading them to the gallows. 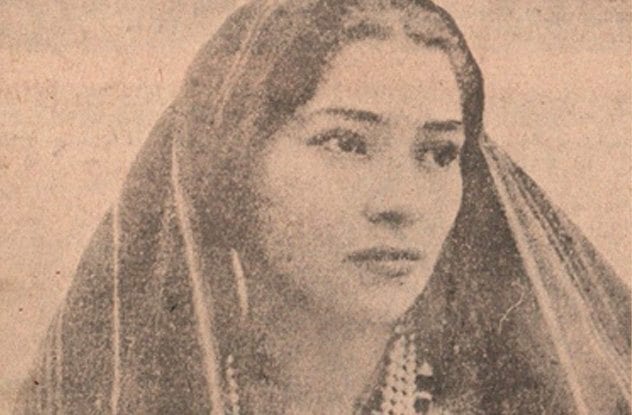 Martin Miguel was a 22-year-old man who had a wife and five children. He came from a prominent New Mexico family and though his life appeared to be the epitome of bliss, he secretly carried on a turbulent affair with Paula Angel. When he decided to end their romance in 1861, Paula viciously stabbed Miguel to death with a butcher knife. She was immediately arrested, and five days later, Gov. Abraham Rencher issued a warrant for her death.

She spent the remainder of her days being taunted by a jailer who repeatedly chanted, “I’m going to hang you until you’re dead, dead, dead.” On the day of her execution, she—along with the coffin in which she would soon be buried—was loaded onto a wagon and brought to a cottonwood tree. After the noose was fastened around her neck, the horses pulled the wagon away, leaving Paula to hang. However, the sheriff had forgotten to tie Paula’s hands together, causing her to desperately grasp at the noose.

The horrified crowd that had gathered pleaded for mercy, yet their sympathetic cries fell on deaf ears. Her execution was momentarily halted for the sheriff to re-tie her hands. The second attempt was a success, and to date, Paula was the only woman ever hanged in New Mexico. 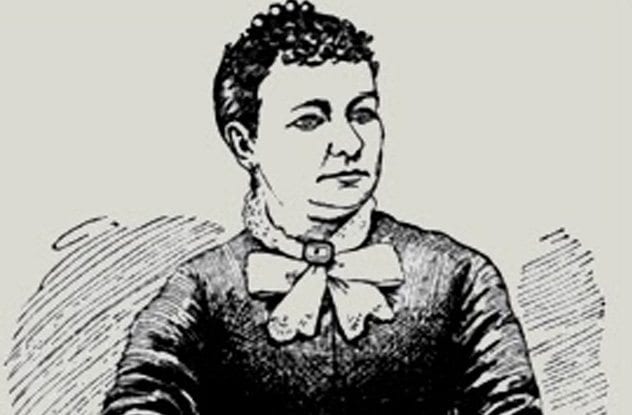 In November 1888, Sarah Jane Whiteling was convicted in a Philadelphia courtroom of first-degree murder. She had been sentenced to die for the cold-hearted deaths of her husband and two little children, whom she slowly poisoned over a period of time to obtain their life insurance of about $125 per soul.

Although she had confessed to the heartless and inconceivable crime, she unsuccessfully argued an insanity defense based on her “physical condition,” menopause. As her sentence was handed down, the malevolent murderess covered her face and sobbed. “The most diabolical murders on record”—as described at the time—were widely covered in newspapers across the country, with reporters referring to her as the “unnatural mother.”

On the morning of her execution, Sarah sang religious hymns and repented for her sins, believing she’d be rightfully dispatched to another world. She boldly walked to the gallows, offering no last statement before the trapdoor fell beneath her, justly ending a life many grappled to understand.

8May Carey And Sons 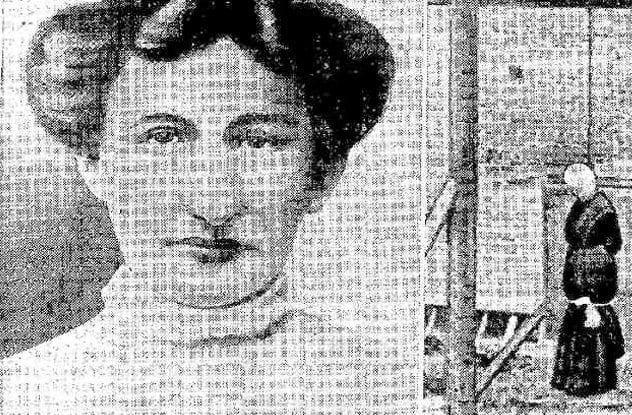 As Robert Hitchens arrived home from his job on the night of November 5, 1927, he was bludgeoned, shot in the head, and then doused with alcohol. His corpse was found the following day by a concerned employer.

The case remained unsolved for seven years until Robert’s nephew, Lawrence, was arrested for burglary in December 1934. Lawrence adored his uncle, and although he was not responsible for the murder, he was more than happy to tell investigators everything he knew. On that fateful November night, Lawrence’s mother May H. Carey enlisted the help of her two oldest sons, Howard and James, to help kill her brother for a $2,000 life insurance policy. Her sons agreed to assist in the murder of their uncle under the condition that May would buy them a car.

Following Lawrence’s shocking claims, May and her two sons were arrested. The murderous trio were found guilty; James was sentenced to life while May and Howard received the death penalty. Mother and son were hanged one after another on June 7, 1935, at the Sussex County Jail in Delaware. Despite Lawrence’s damaging testimony against his family, he was sentenced to seven years in prison for burglary. 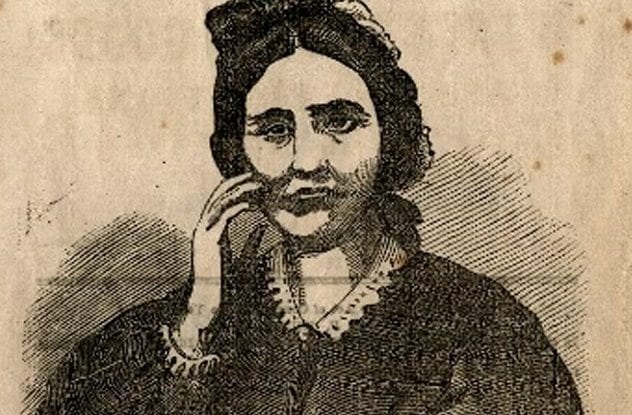 Martha Grinder, famously known as The Pittsburgh Poisoner, told a jury in 1865, “I love to see death in all its forms and phases and left no opportunity to gratify my tastes for such sights. Could I have had my own way, probably I should have done more.” Motivated by greed and a lust to kill, Grinder murdered three women—although investigators suspected more –by poisoning their food with arsenic. As the women succumbed to their dreadful fate following violent spells of vomiting and purging, Grinder stole their belongings such as money, jewelry and cash.

Suspicion into her sudden inheritance of wealth in addition to bereaving families’ unrelenting questions led to an investigation, which unraveled Grinder’s diabolical scheme. Upon her arrest, she confessed to only two killings and was hanged in Pittsburgh on January 19, 1866. Unfortunately for her, Grinder’s neck did not break, and she struggled for several minutes before becoming still. According to reports, she walked to the gallows smiling. 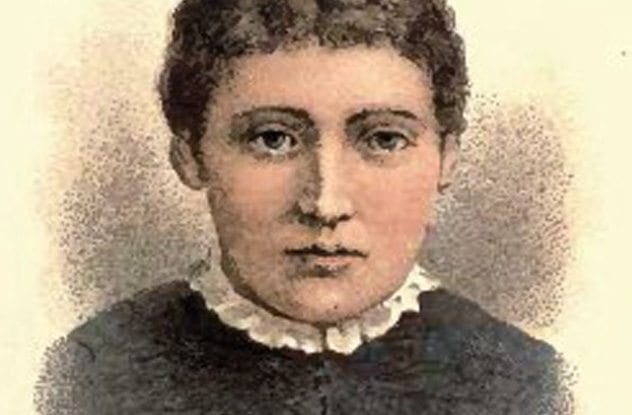 In December 1884, Roxalana Druse shot her husband during breakfast and with the help of her 18-year-old daughter, Mary, dismembered Mr. Druse and burned his remains in the home’s wood stove. Witness to the murder was Mary’s young son George and nephew Frank Gates whom she threatened to kill if they didn’t keep quiet.

As the body burned, neighbors took note of the foul smell permeating from the chimney and found it odd that the windows had been covered with newspapers. Their suspicions only grew after being denied admission to the residence, and in the days following, Frank confessed after persistent questioning from townspeople. Following trial, daughter Mary was sentenced to life in prison, George and Frank were discharged, and Roxalana was condemned to hang in February 1887. The enormous outcry from women’s rights activists writing in Roxalana’s defense led to the passing of a bill abolishing capital punishment for women in New York, substituting the gallows with life imprisonment for first-degree murder. 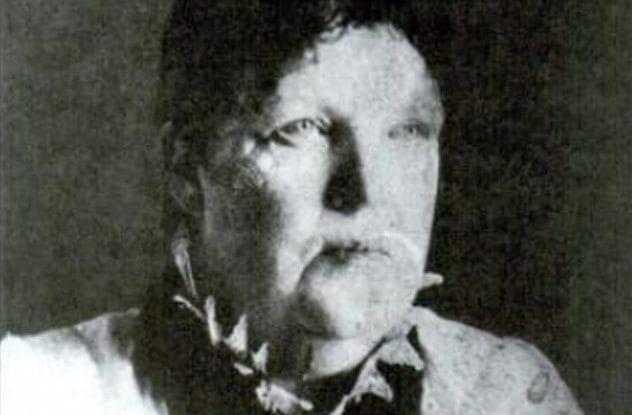 In 1888, the Brewer family moved to Carlin, Nevada, and rented a house vacated by the Potts, who’d abruptly moved east to Wyoming. Soon after, the Brewers were convinced that the home was haunted, continuously hearing taps on the beds headboard, pounding on the doors, and footsteps in the kitchen. The unrelenting and subdued noises led Mr. Brewer to investigate the cellar, which led to the discovery of human remains that were cut into small pieces and burned to a crisp. The body was that of Miles Faucett, a lonely old man who was last seen entering the Potts’ residence prior to their departure. A dispatch was sent to Rock Springs, Wyoming, where Elizabeth and Josiah Potts were taken into custody. In February 1889, the couple were found guilty of first-degree murder and sentenced to hang.

Having gained considerable weight in prison, the murderous mastermind Elizabeth was nearly decapitated by the noose, while her husband twisted relentlessly for 14 minutes before suffocating. To this day, Elizabeth is the only woman to have been executed in Nevada. 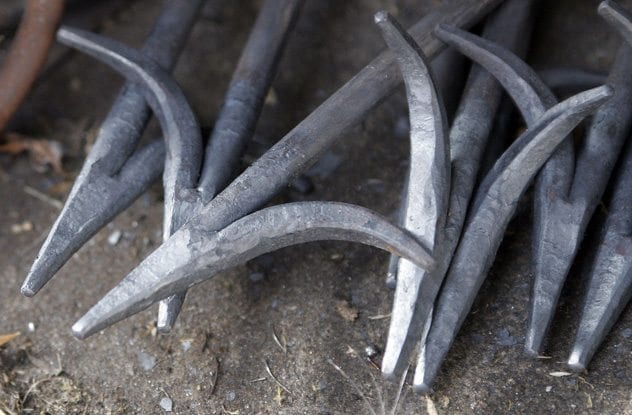 In 1903, seven-year-old Annie Williams was tortured for months on end by her guardian, Dora Wright, who branded the child with a red-hot poker and whipped her until Annie’s little body could take no more. It took an Oklahoma jury only 20 minutes to find the “negress”—as referred to by the press—guilty of murder, thus sentencing her to death.

Papers reported that the child “had been literally cut to pieces with switches” and Dora’s only explanation for the horrific slaying was that she was punishing her for “associating with white boys.” Hundreds of townspeople lobbied for tickets to Dora’s execution, and those without took to scaling fences, climbing trees, and sitting on housetops with the hopes of catching a glimpse of the hanging. On July 17, 1903, she became the ninth woman in US history to be executed. The last words that Dora uttered were to jailer J.C. Wilkinson as he placed the noose around her neck: “Don’t make it quite so tight.” 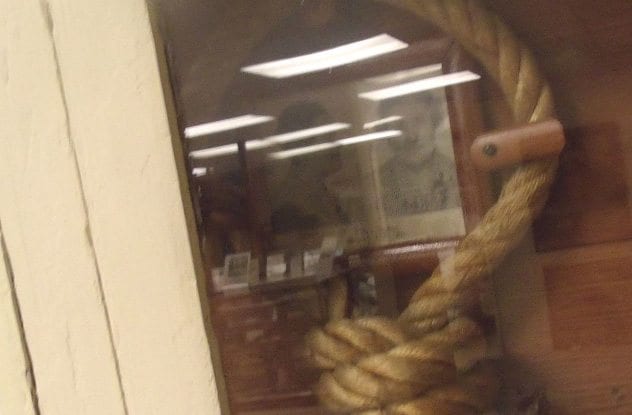 In 1927, wealthy Arizona rancher Andrew Mathis had disappeared, and neighbors immediately became suspicious of Eva Dugan, Mathis’s housekeeper of two months. She, too, had gone missing, and nearly a year later, Mathis’s body was found in a shallow grave near his ranch. Sheriffs soon discovered that Eva was living in White Plains, New York, and sent for her capture and extradition to Arizona, where she would be charged with murder.

During trial, it was revealed that the former cabaret singer and prostitute had been syphilitic for 30 years, and despite medical testimony that her mental state had been compromised, Eva was found guilty and sentenced to hang. On February 21, 1930, Eva walked to the gallows singing the popular tune “I don’t know where I’m going, but I’m on my way.” Due to a miscalculation by the executioner, Eva was decapitated by the noose, sending her head rolling toward 60 witnesses, all of whom fled in horror. The botched execution led to the introduction of the gas chamber in Arizona, leaving Eva to be the only woman hanged in the Grand Canyon state. 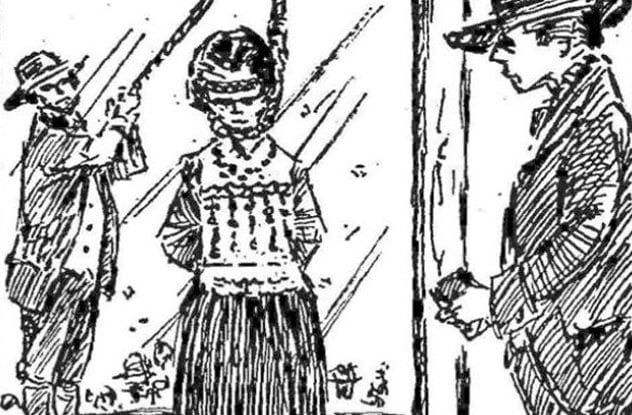 In July 1786, the mangled corpse of six-year-old Eunice Bolles was found on the side of a Connecticut road. Her head showed signs of extreme trauma, her back and one arm was broken, and heavy stones were placed on her little body. Investigators learned that five weeks prior to her murder, Eunice was involved in a quarrel with another girl whom she had accused of stealing strawberries. The girl in question was Hannah Ocuish, a 12-year-old Pequot Indian who has been described by historians as mentally retarded and the daughter of an impoverished, neglectful alcoholic.

Although Hannah adamantly denied involvement, investigators were doubtful and took the child to view Eunice’s battered corpse, upon which she broke down in tears and confessed. Though there is no record of a criminal defense lawyer at Hannah’s trial, her confession was more than enough for the court to convict her of murder. On December 20, 1786, a terrified and distraught Hannah was led to the gallows and hanged in front of a crowd of curious and morbid spectators. 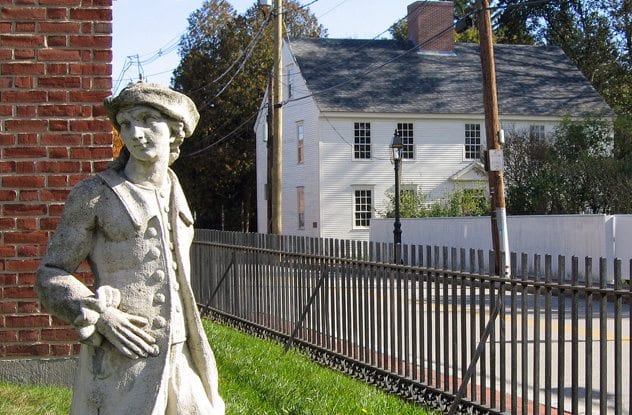 In December 1768, 31-year-old Ruth Blay sat shackled in a Portsmouth, New Hampshire, prison, where she had been kept for the past five months. Unlike the other women on this list, Blay had committed no violent crime. Instead, she was a victim of circumstance for those times.

The single schoolteacher had given birth to a stillborn child out of wedlock whose remains she hid beneath the floorboards of a barn. She was not convicted or accused of killing the infant but for concealing the pregnancy of a “bastard” child, a capital crime punishable by death. In the early morning hours, Ruth was taken from her cell to a hill, where a crowd of thousands gathered. Author Carolyn Marvin describes how parents brought their children to witness the disturbing spectacle as if Ruth’s punishment was nothing more than “cautionary theatre.” Ruth, who was the last woman hanged in New Hampshire, was buried in an unmarked grave not far from the hill where her life met a premature and unjust end.

10 Twisted Facts About Peter Kurten, The Vampire Of Dusseldorf