Most people never think of serving in the military, and their only interaction might be through Hollywood. Although some films have depicted military life accurately, most miss the mark entirely. So many people have a great number of misconceptions about service in the armed forces.

10 Go To Jail Or Go To The Military 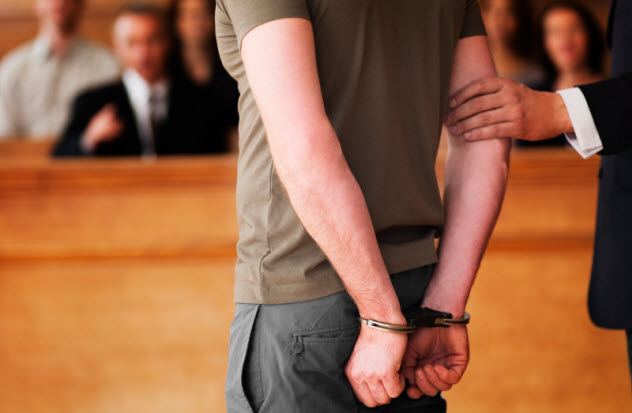 All branches of the military conduct a thorough background check before you can even begin the process of enlistment. This check is done by the FBI and examines your juvenile record, even if you believed it was sealed when you turned 18. (It’s not.)

In 2006, a man in Arlington, Virginia, pled guilty to an aggravated assault charge and his attorney attempted to persuade the judge to let the man enlist in lieu of a prison sentence. The judge agreed, but the army said, “No, thank you.” Army regulations specifically state that a person cannot enlist if he or she is coerced into doing so.

9 Boot Camp Is Designed To Make You Fail 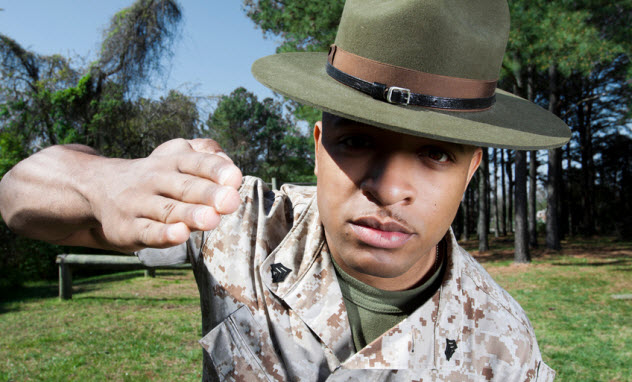 All branches track their failure rates in basic training, with none exceeding 14 percent. Little in the military is designed for a person to fail. It costs the government a lot of money to put someone in “boots,” so it benefits the bottom line to let someone retake a test rather than process them out.

There are schools in the military that are extremely difficult to pass, such as SEAL and Special Forces. But Basic is all about getting a person from civilian to servicemember. All branches of the military understand that most people entering into the service are not physically or even mentally prepared. Basic training is a way to help prepare those people to become soldiers, sailors, airmen, and Marines. But training doesn’t end when you graduate from Basic. It is an ongoing process. 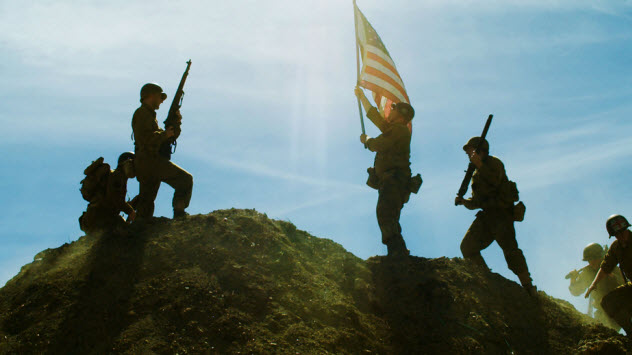 Basic training for the army and Marines covers infantry skills, but that doesn’t make every soldier or Marine an infantryman (Marine clarification below). After Basic, they are taken to Advanced Individual Training to receive training in the job they will perform. The army has cooks, mechanics, electricians, and intelligence professionals filling out their ranks in over 100 specialties.

Marines undertake full infantry training as part of their basic training. Marines attending the School of Infantry are taught that “every Marine is, first and foremost, a rifleman.” Even so, the Marines have noncombat roles that include linguists, maintenance, food service, and dozens more. 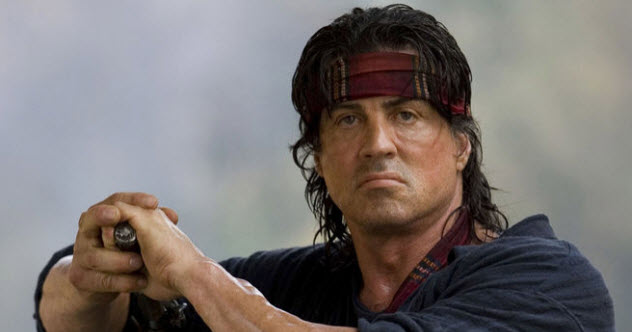 Some combat veterans return from their deployments with diagnoses of post-traumatic stress disorder (PTSD), including your humble writer. For decades, Hollywood has treated these individuals as powder kegs—like Rambo—ready to explode at a moment’s notice. However, this is rarely the case. PTSD is more of a debilitating disorder than you might think. But with the proper treatment, any servicemember so afflicted can return to a happy, healthy state.

Many military personnel have avoided treatment for fear of losing their jobs. Millions of dollars have been spent combating this problem, and treatment rates have gone up considerably.

Incidents like the 2016 shootings of police officers by Dallas sniper Micah Johnson bring negative attention to veterans, but violent crimes by veterans occur at a lower rate than those committed by the civilian population. However, servicemembers and veterans are twice as likely to take their own lives as a person who has never served.

6 Everyone In The Air Force Flies 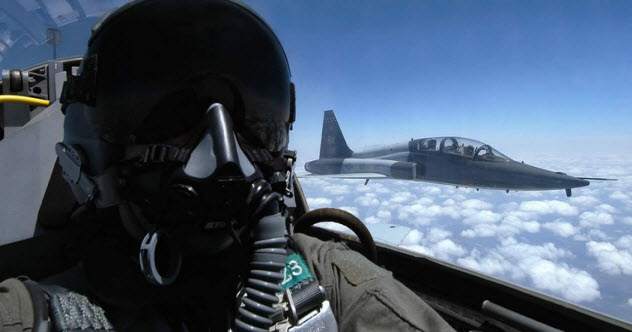 This is a common misconception because you think of planes when you think of the air force. However, dozens of people are needed to maintain each aircraft. Many more people work outside the field entirely—in intelligence, administrative, and others fields. In addition, most pilots in the air force operate transport aircraft like C-130s rather than fighter aircraft.

There are actually more fighter pilots in the navy than the air force. The navy has its own air force on each of its 11 carrier groups, with approximately 70 aircraft each.

However, the easiest way to fly is to join the army and become a warrant officer helicopter pilot. This is the only type of pilot that does not require a college education.

5 ‘I Can Always Join The Military’ 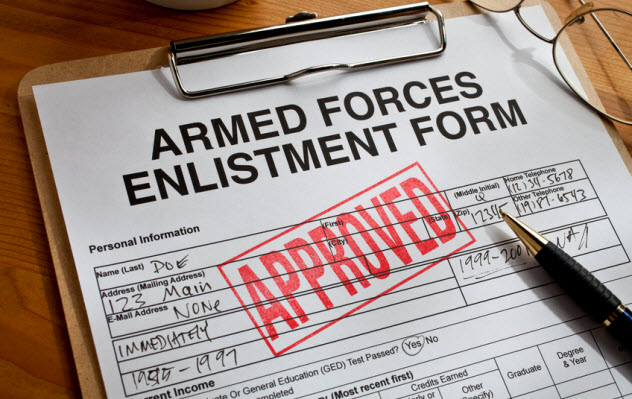 For the school year 2012–13, the average graduation rate from US high schools was around 82 percent. Many believe that they can always join the military if times get tough. That may have been true a century ago. But when the all-volunteer force was created in 1973, the standards for enlistment went way up.

To qualify for military service, you should have no medical conditions, graduate high school, have no criminal activity, and pass a test. Most people fail the test or do poorly on it.

The average rate of civilians qualified to enlist is about 40 percent. The Pentagon’s analysis is much lower at 25 percent. The most prevalent problem with today’s youth is obesity followed by criminal history and drug use. 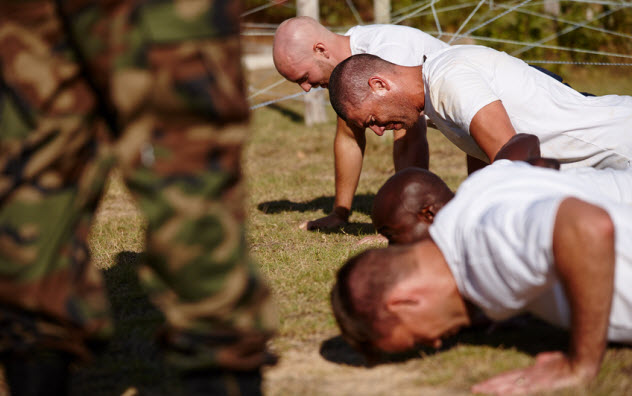 Most people are shocked when they enter boot camp because no movie has captured this accurately. If you think you are going to get beaten down by the likes of R. Lee Ermey as in Full Metal Jacket, you are way off base. A drill sergeant/instructor cannot touch you without first asking permission, and they are not allowed to use profanity. The modern military is a professional force. Hazing and shaming are strictly prohibited.

Soldiers can no longer “drop” personnel (make them do push-ups) for behavioral problems as it does not provide corrective value. (“Drop and give me 20!”) Instead, leaders are taught to address and correct a problem so as not shame or haze their personnel.

3 Everyone In The Military Carries A Firearm 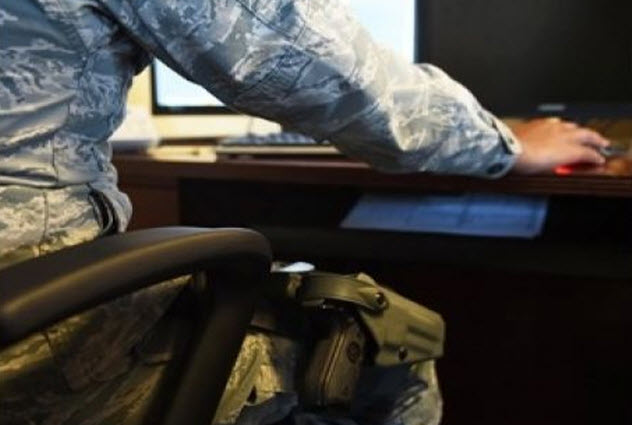 When deployed, every person except for a chaplain carries a sidearm or a rifle. When not deployed, the only people authorized to carry firearms are military police officers. Servicemembers are prohibited from carrying firearms in public or in uniform unless conducting training. It is illegal to bring a firearm onto a federal facility without approval. Doing so can land a person in serious trouble.

This policy may be changing for personnel who are licensed to carry concealed firearms. Due to recent acts of violence on military bases, some lawmakers are seeking to change the rules and allow servicemembers to carry firearms. 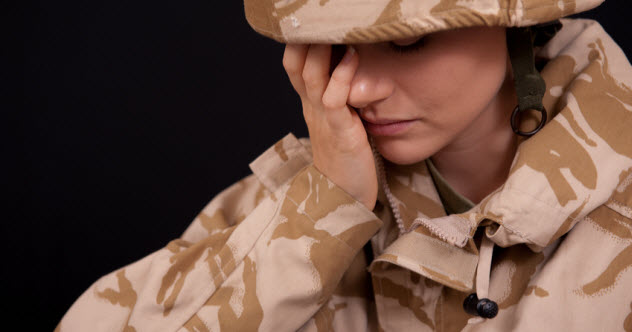 Women have proven to be extremely capable in every branch of service. Congress has lifted the ban on women in combat jobs, so women can now progress further up the ranks than ever before.

Women have served in the active duty military since 1948 when Truman signed the Women’s Armed Services Integration Act. Prior to the lifting of combat role restrictions, women contributed to every fight that the US military engaged in. The first women in the military worked in the Army Nurse Corps, which was founded in 1901 following the Spanish-American War.

As women weren’t allowed in combat branches, a female general was never granted the position of chairman of the Joint Chiefs of Staff. This has always been given to a servicemember of a combat branch—i.e., a man. Now that the ban is lifted, women will begin to fill these positions. 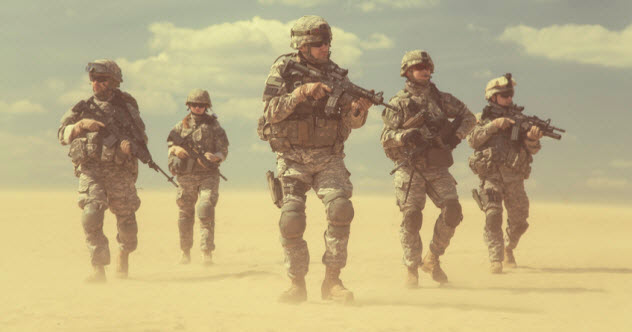 Many films have depicted firefights accurately. Most of the time, servicemembers are just doing their jobs the same way that they would back home. Cooks cook the food, and intelligence analysts still analyze intelligence.

There are differences, such as wearing a uniform constantly, carrying a weapon, and living under the threat of attack. But the vast majority of people don’t ever leave the forward operating base (FOB) and are referred to as FOBBITS.

Life in a combat zone is not as bad as one might think. However, there are exceptions—with many deployed to remote, dangerous locations. The larger the location, the better the amenities. Thanks to organizations like the USO, most FOBs have a gym, restaurants, and a place to watch movies, play games, and relax.

10 Misconceptions About Cooking And Food Safety