Although it would raise a few eyebrows today, Popes usually came with offspring in Renaissance Italy. Some were given immense power by their fathers. While a few papal love children remained grounded and became extraordinary adults, others enjoyed the dark side a little too much and became some of the most feared people of their time. 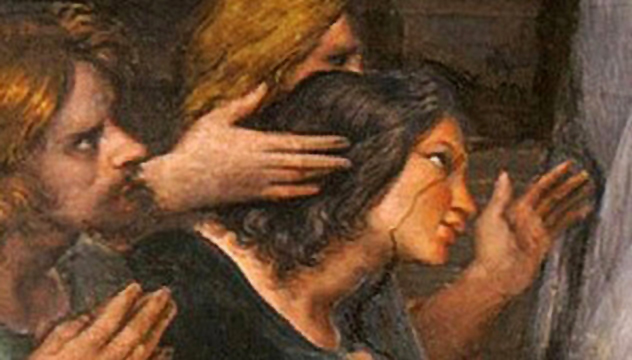 Felice della Rovere, one of the most powerful women during the Italian Renaissance, was the illegitimate daughter of Pope Julius II. Born around 1483 to Cardinal Giuliano della Rovere, she was publicly ignored by her father when he became Pope.

Widowed at age 14, Felice resisted his attempts to put her into the arms of politically advantageous husbands. She chose her own husband—an uncaring baron from the sociopathic Orsini family. Felice’s exceptional political mind won her husband Gian’s admiration and brought reconciliation with the Pope.

She performed duties in Julius’s name, and Gian’s death gave Felice control over one of Rome’s elite families and more power than any other woman in Italy. She protected her children from famine, plague, the dangerous Orsini clan, and the 1527 sack of Rome. At age 52, Felice died after almost two decades of influencing Popes. 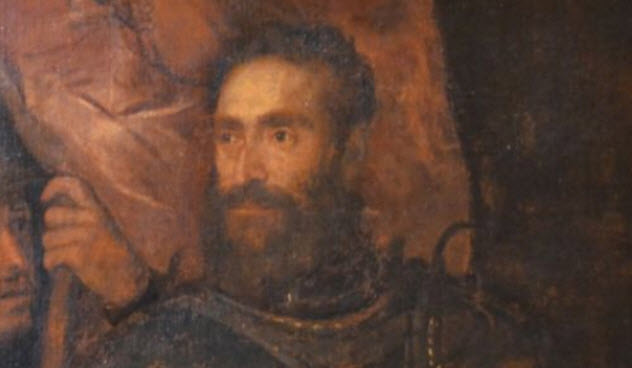 One of the soldiers who sacked Rome in 1527 was Pier Luigi Farnese, the bastard child of a cardinal who became Pope Paul III. Farnese also married into the Orsini family, but he had none of Felice della Rovere’s moral strengths.

A murderous bisexual, he was a danger to whomever rejected his advances. His taste for violence distinguished Farnese as a soldier, but he pillaged, raped and killed. Pope Paul III bestowed cities and titles upon his psychotic offspring, including Duke of Parma, Piacenza and Castro.

Unsurprisingly, his cruelty and heavy taxes earned him the hatred of the nobility, who had never accepted the ill-born Farnese as one of their own. Farnese was murdered at 43 in a conspiracy that involved Emperor Charles V and the governor of Milan. 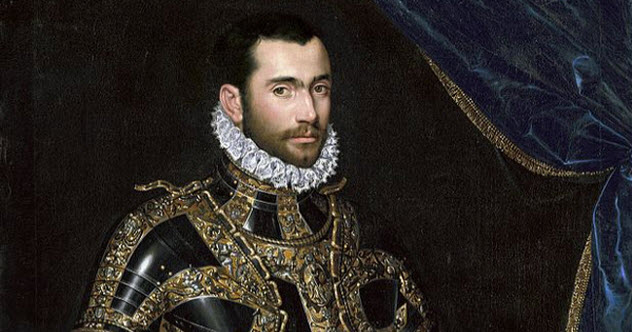 Pope Gregory XIII ascended to the papal throne at 70. Although he had produced a son, Giacomo, during his youth, Gregory deplored nepotism. Giacomo was given some status but was expected to make his own way—which he did.

He became an Italian feudal lord and eventually headed both the Papal Army and, as a general, the Spanish army. Some even wanted to make him the king of Ireland. After Gregory XIII died, Boncompagni held the most power in central Italy.

But the next Pope marked the end of this exceptional man. When Sixtus V came to power, Giacomo lost all his charges in the Papal States. He was also kept from his family by Spanish King Phillip II, who forced him to stay in Milan. When Boncompagni finally returned in 1612, he was sickly and soon died at age 64.

Franceschetto Cybo made history by being the first papal bastard to be publicly acknowledged by the Pope who’d sired him. That’s about as far as his achievements went. An obsessive gambler and rotten husband, he once tried looting the papal treasury.

Some nights, he and his friends tried forcing their way into the homes of civilians for “evil purposes.” Even so, Pope Innocent VIII’s influence assured that his wastrel son received heavy-duty titles such as governor of Rome and Count of the Lateran Palace.

When Innocent VIII died in 1492, so did the despised Cybo’s protection. He hastily departed from Rome to beg the protection of his wife’s family, the powerful de’ Medici clan who ruled Florence. Two years later, he returned with a new title—Duke of Spoleto—from the newly elected Pope Julius II. 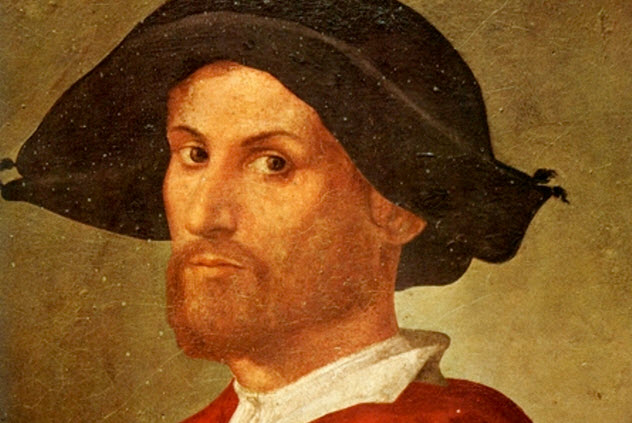 Giovanni Borgia, 2nd Duke of Gandia, was the favorite son of Pope Alexander VI and a married woman. When the 21-year-old duke was murdered, suspects included the rival Orsini and Sforza families who hated the infamous House of Borgia. Two of his younger brothers also had motives, but historically, their guilt was never proven.

The killing sparked questions that remain today. Giovanni left a feast where his siblings were also in attendance, but only his horse returned home—with a cut stirrup. His body was found with nine stab wounds and a slit throat, but his rich purse was untouched.

Oddly, the distraught Pope suddenly stopped the search for Giovanni’s killers one week later. If Alexander had discovered that one of his other sons was responsible, it could explain the abrupt end to the investigation. Giovanni was also the grandfather of Saint Francis Borgia. 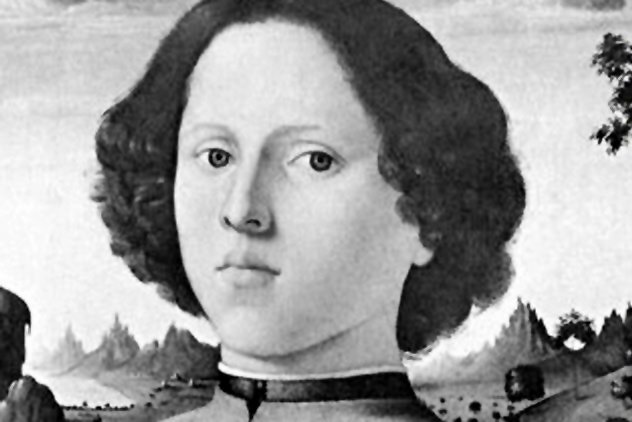 Gioffre Borgia, the youngest full brother of the slain Giovanni Borgia, was at the short end of their father’s affections. Gioffre wasn’t interested in politics and was, therefore, viewed as a runt.

When Gioffre was 12, his father used him in a political move that might have caused the death of Giovanni. Although Gioffre was one of the brothers suspected of Giovanni’s murder, it’s unclear if Gioffre was involved. The preteen was married off to an older girl, 16-year-old Sancha of Aragon, to cement the power bond between Alexander VI and her father, Alfonso, who sat on the throne of Naples.

Later, open hostility marred the Borgia siblings’ relationship because Giovanni was rumored to have taken Gioffre’s wife as a lover. This certainly gave Gioffre motive for murder, but Alexander publicly cleared him of the gruesome killing. 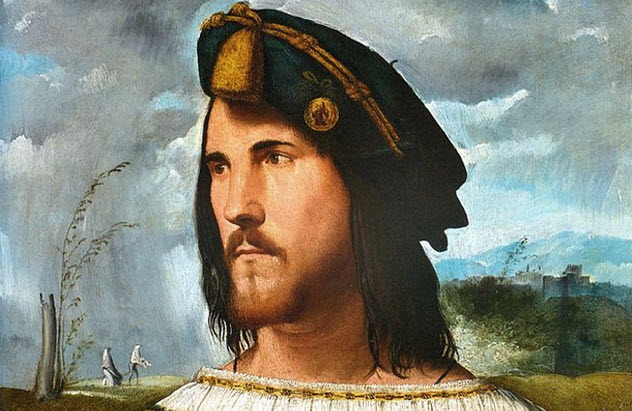 Cesare was the most notorious Borgia sibling. He almost certainly organized the assassination of his sister’s husband and was widely believed to have killed Giovanni. It’s rumored that Cesare also wanted Sancha or his brother’s position in the family.

After his Giovanni’s death, Cesare did discard his own rank of cardinal to conquer land for himself. He used the Vatican’s army and amassed a huge territory in just three years of ruthless violence. When malaria killed his father, Cesare no longer enjoyed papal protection and was arrested by the new pope, Julius II.

Cesare escaped and sought sanctuary with King John of Navarre. When a rebellion rose against King John, Cesare commanded his royal army but was ambushed during a skirmish. Alone, the 31-year-old duke met a violent end. Cesare was pulled from his horse, stripped, and killed with 25 wounds. 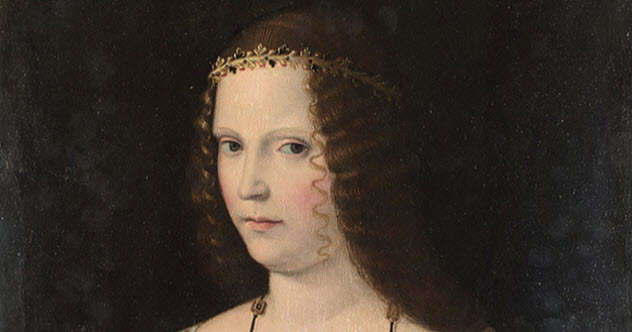 Lucrezia Borgia, the famous daughter of Alexander VI, was accused of incest as well as being a poisoner and a witch. But historians now believe that Lucrezia was more a pawn of Alexander and Cesare than anything else.

Starting at age 11, they married her three times to gain power for themselves. Her first husband was 15 years older, and Pope Alexander annulled the marriage when it was no longer politically useful. Lucrezia was pregnant at the time, and rumors pinned the paternity on the Pope or Cesare.

Next, Lucrezia was given to Alfonso of Aragon, whom she loved, but Cesare had him assassinated when the Borgias wanted a marriage alliance with France. At age 20, Lucrezia welcomed the third wedding—to get away from her family. In Ferrara, her life finally thrived alongside her husband, the Duke Alfonso d’Este. Lucrezia died at 39 after giving birth to a stillborn daughter. 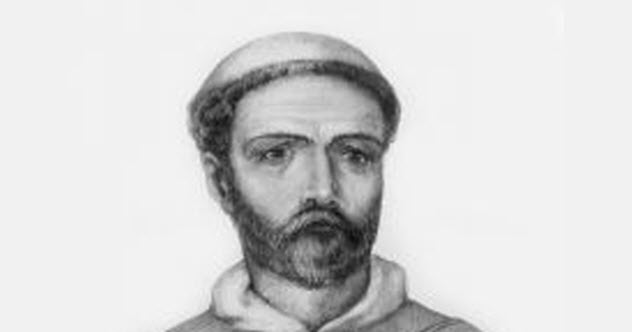 Born in AD 910, Pope John XI may have been the bastard son of Pope Sergius III. John’s mother, Marozia, was the dominant force in Rome’s politics. Through her influence, John got the holy chair when he was only 21 years old.

But things didn’t go well for John, who had only four years left to live. He was the puppet of his mother, the real power behind the Vatican. But she was a kitten compared to her son Alberic II, who was the Pope’s half brother.

Whereas John had been a good priest before he became Pope, Alberic was a dictator. He used mob force to overthrow and imprison his family so he could rule Rome. John was kept prisoner in the Lateran, where he died of unknown causes. Alberic’s own son eventually became Pope John XII. 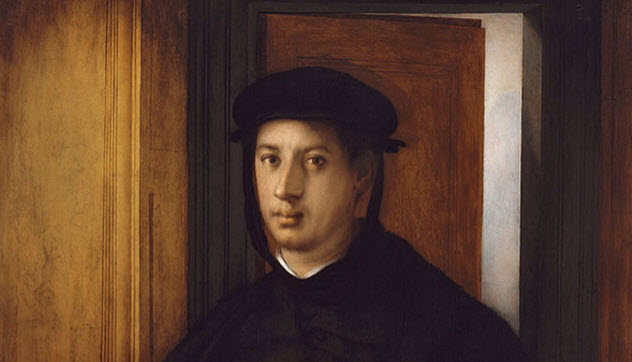 Alessandro resulted from a liaison between Cardinal Giulio de’ Medici (later Pope Clement VII) and a black servant. But Alessandro became a formidable figure despite his bastard birth and ethnic heritage (rarely shown in any of his portraits). The dukedom of Florence gave Alessandro immense power. However, that came much later.

He had to flee when the Florentines opted for democracy and waited years until Emperor Charles V (the one who sacked Rome) beat Florence into submission. The emperor chose Alessandro as ruler, making him the first black head of state in the modern Western world.

When Pope Clement VII died, the opposition tried to oust Alessandro. But once again, the emperor safeguarded the duke. However, imperial protection couldn’t save Alessandro from everything. A trusted distant cousin assassinated him. Today, many Italian and European blue bloods can trace their bloodlines back to Alessandro de’ Medici.