Necrophilia, which is defined as having “sexual feelings or activities that involve dead bodies,” is rightly considered one of the world’s gravest taboos. Serial killers have a tendency toward necrophilia as part of a larger spectrum of transgressive behavior.

Although a few individuals on this list are not guilty of murder, they are certainly guilty of disturbing corpses and other crimes. Either way, you have been warned. 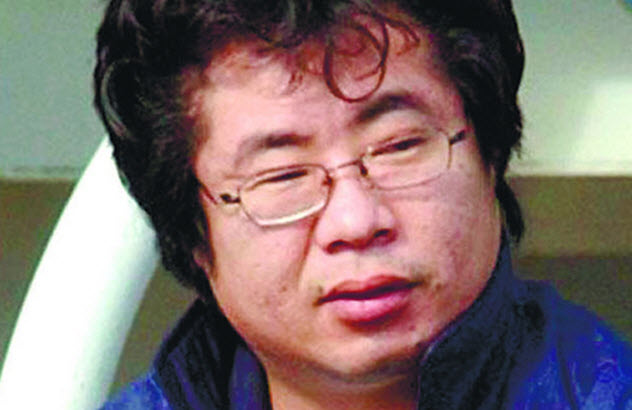 On November 17, 2004, Kaoru Kobayashi, a middle-aged newspaper deliveryman, abducted seven-year-old Kaede Ariyama and took her back to his home in Sango, Nara Prefecture. There, he sexually assaulted the girl before drowning her in his bathtub.

Kobayashi then mutilated the girl’s corpse, took pictures of her body with her own cell phone, and dumped her remains in a rural gutter. To taunt Ariyama’s family, Kobayashi emailed the postmortem pictures to the girl’s mother and younger sister.

When police began investigating cell phone records, they tracked an unknown number to Kobayashi’s address, where they located a cell phone that contained a graphic image from Ariyama’s murder. Kobayashi was promptly charged with the murder and related offenses. He was subsequently convicted and executed for his despicable act. 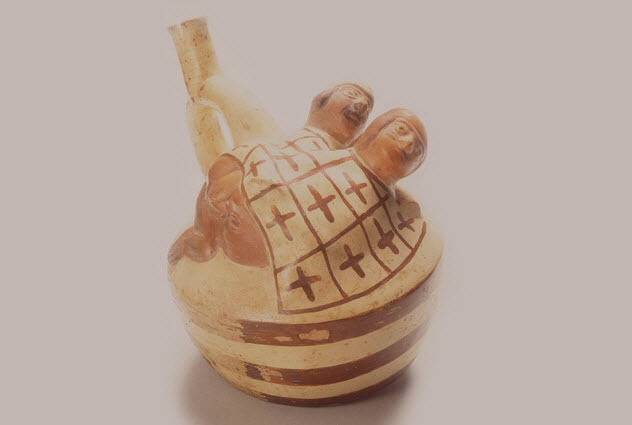 From the first century AD to the eighth century AD, the Moche ruled the northern coast of modern-day Peru from the Lambayeque River to the Nepena River. Described as the “Greeks of the Andes,” the Moche are famous for their huacas (large pyramids). Inside these pyramids, Moche artists painted murals dedicated to gods, religious practices, and dead Moche leaders.

In the 1980s, archaeologists began uncovering Moche tombs, shards of pottery, and murals that depicted rather disturbing scenes. Apparently, the Moche had a predilection for painting scenes that showed human beings having intercourse with animals and corpses. Tenderness with the dead is especially common in Moche artwork, leading some scholars to believe that the Moche performed sexual rituals with the dead during or after human sacrifices. 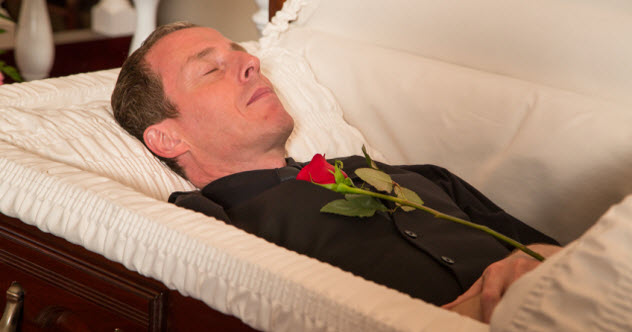 About 90 percent of necrophiles are male. One exception is Karen Greenlee, a former apprentice embalmer at the Sacramento Memorial Lawn mortuary. After her arrest in 1979, Greenlee, then 23, confessed to having had sexual contact with 20–40 male corpses.

Since necrophilia was not illegal in California, Greenlee was only charged with illegally driving a hearse and interfering with a burial after she abducted the body of 33-year-old John Mercure. Greenlee spent 11 months in jail and two years on probation. She also paid a fine of $255.

Since gaining notoriety, Greenlee has become an unofficial spokesperson for necrophiliacs. She admits enjoying the smell of death and taking pleasure in attending the funerals of her so-called “corpse-lovers.” 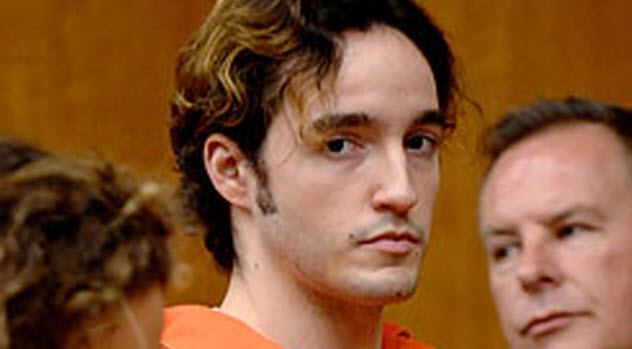 In fall 2007, New York City resident Anthony Merino, 24, made the news for all the wrong reasons. The former laboratory technician at the Holy Name Hospital in Teaneck, New Jersey, was arrested after a hospital security guard caught him doing something indecent with a 92-year-old female patient who had recently died. According to the security guard, he saw Merino sexually desecrating the woman’s corpse.

Less than a year after his arrest, Merino was sentenced to seven years in prison by a Bergen County court. However, during the trial, Merino accepted a plea agreement with prosecutors to undergo psychiatric examination and psychological treatment in exchange for a possible reduced sentence. 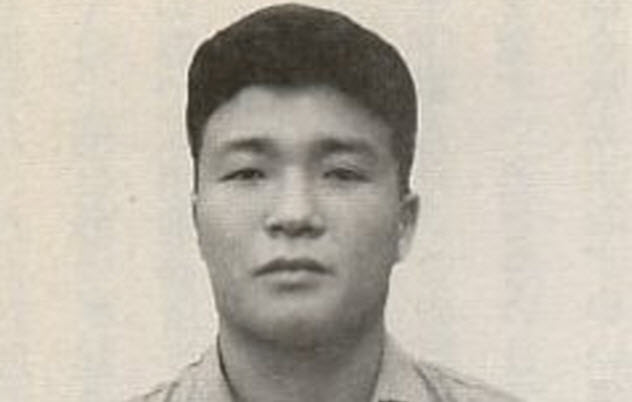 Between 1948 and 1952, Genzo Kurita committed a shocking series of crimes that tended to focus on attacking mothers and daughters. When Kurita was caught in January 1952, he was charged with murdering a 24-year-old woman and her 63-year-old aunt. Kurita also stood accused of sexually violating the younger woman’s corpse.

After his arrest, Japanese investigators discovered that Kurita was a remorseless predator who had committed several murders. His most heinous action was the so-called Osen Korogashi incident. In October 1951, Kurita raped and murdered a 29-year-old mother of three. Afterward, he threw the woman’s corpse—and her three living children—over the Osen Korogashi cliffs. Miraculously, one of the children survived.

Kurita’s other crimes included breaking into and entering the home of a sleeping mother. After murdering the woman and raping her corpse, Kurita fled the scene. Throughout the whole ordeal, the woman’s child slept beside her. For this crime and others, Kurita was executed via hanging in 1959. 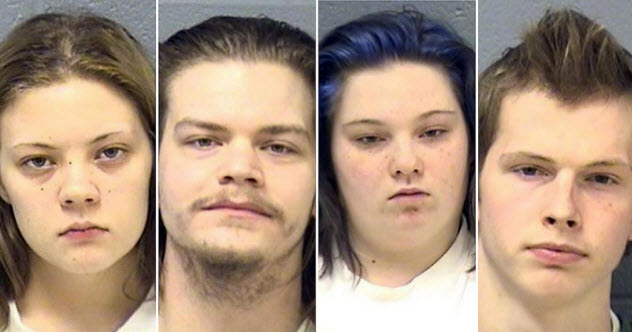 In January 2014, the Hickory Street Four—Alisa Massaro, Joshua Miner, Adam Landerman, and Bethany McKee—lured their acquaintances Eric Glover and Terrence Rankins to Massaro’s apartment (some sources say it was the home of Massaro’s father) in Joliet, Illinois. There, the quartet robbed Glover and Rankins.

In his later taped confession, Miner claimed that murder did not come into the picture until one of the two men tried to sexually assault McKee. This claim was ultimately contradicted by Massaro and McKee, who both testified that Miner and Landerman told them to leave the room before they strangled Glover and Rankins to death.

What happened next is truly grotesque. Massaro and Miner apparently tried to have sex either on top of or beside the murdered corpses. By 2015, McKee, Miner, and Landerman had all been sentenced to life in prison without the possibility of parole for their crimes. Massaro received 10 years in prison after agreeing to testify against her three codefendants. 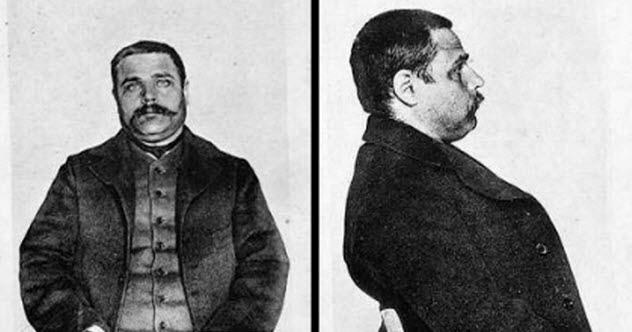 Victor Ardisson (aka the “Vampire of Muy”) was an undertaker and gravedigger in the small town of Muy in the French region known as Provence. For years, Ardisson engaged in many acts of necrophilia. When he was finally caught, he confessed to having sex with over 100 corpses that had been entrusted to his care.

Ardisson also admitted that he frequently dug up corpses and took them back to his humble home. When police examined his residence, they found the corpse of a three-year-old girl. Police also discovered that Ardisson slept next to the corpse and frequently performed sex acts on the girl’s body. Elsewhere, Ardisson kept the skull of a 13-year-old girl—a skull that he constantly kissed and called “my bride.”

Throughout the investigation, Ardisson confided to the police that he always talked to the corpses in his home and treated them as if they were still alive. When they didn’t respond, Ardisson would genuinely feel rejected and become despondent for a time. 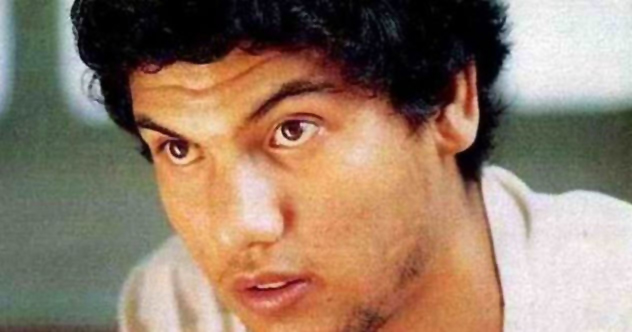 Marcelo de Andrade (aka the “Vampire of Niteroi”) earned his chilling nickname because he liked to drink the blood of his victims. Prior to becoming a serial killer, de Andrade had been a teenage prostitute. After a suicide attempt, he was sent to a reform school.

Throughout his time there and afterward, de Andrade was regularly beaten. Many times, his worst beatings came at the hands of relatives. At age 23, de Andrade tried to find some spiritual comfort by attending the Universal Church of the Kingdom of God, a Pentecostal Christian denomination, four times a week.

Nevertheless, in a nine-month period in 1991, de Andrade raped, murdered, and defiled the corpses of 14 young boys. Many were or had worked as prostitutes while others were involved in Rio’s underworld drug market. Several of de Andrade’s victims were also decapitated. 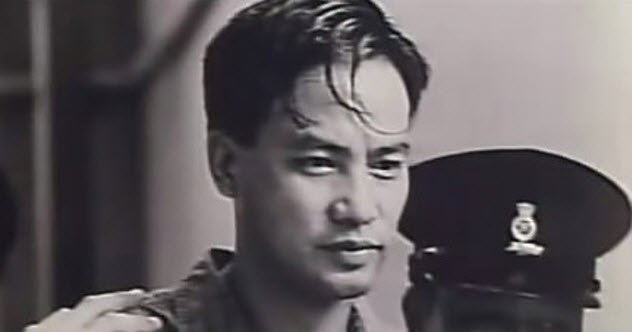 In 1982, 27-year-old taxi driver Lam Kor-wan was also a terrifying sexual predator who murdered four women—21-year-old Chan Fung-lan, 31-year-old Chan Wan-kit, 29-year-old Leung Sau-wan, and 17-year-old Leung Wai-sum—before mutilating their bodies. This mutilation earned Lam the sobriquet “The Hong Kong Butcher.” He was also known as “The Rainy Night Butcher” because he had a habit of murdering women on rainy days.

After Lam’s arrest, Hong Kong authorities learned that he had sexual intercourse with his victims’ bodies and then removed their sexual organs and pickled them in Tupperware containers. Thus, Lam became known as the “Jars Murderer.”

He is currently serving a life sentence. 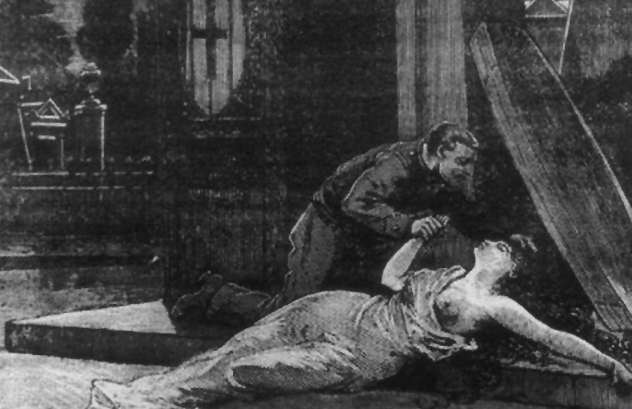 Sergeant Francois Bertrand was a prolific grave robber and necrophile. On March 15, 1849, at precisely 11:30 PM, Bertrand was admitted to the Val-de-Grace hospital in Paris with gunshot wounds to his right side. Earlier, gravediggers at the Montparnasse Cemetery had concocted an elaborate trap to catch the infamous “Vampire of Montparnasse,” a mysterious figure who was responsible for a rash of grave desecrations and mutilations.

When news circulated that a French Army sergeant was being treated for wounds that were consistent with the Montparnasse trap, Bertrand’s surgeon, Dr. Marchal de Calvi, received a full confession from his patient. Bertrand told his doctor that he had exhumed dozens of male and female corpses before eviscerating them.

Ultimately, Bertrand was convicted of 15 counts of grave desecration but sentenced to only one year in prison. After serving his sentence as a model prisoner, Bertrand committed suicide.

Benjamin Welton is a freelance writer in Boston. His work has appeared in The Weekly Standard, The Atlantic, Listverse, Metal Injection, and other publications. He currently blogs at literarytrebuchet.blogspot.com.