Lead is a versatile, common metal that has been used for many applications throughout history. However, it is also incredibly deadly in even the smallest of amounts. While our ancestors believed that lead was an insignificant part of life, it actually could have ravaged their minds and bodies without their knowledge. Its effects still harm us today. 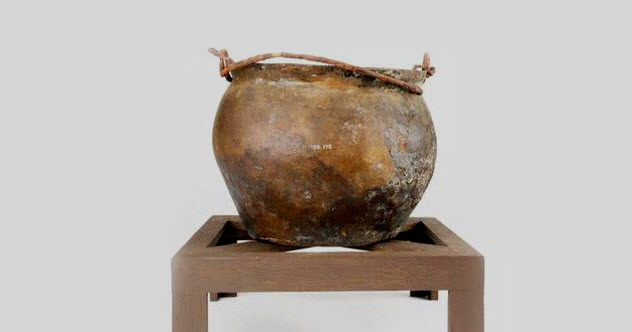 In 1983, Canadian scientist Jerome Nriagu examined the diets of 30 Roman emperors from 30 BC to AD 220 and made an astounding discovery: They were filled with lead. At the time, it was common to boil down grapes into syrups as a flavoring for food. This was done in copper kettles that released huge amounts of lead into the product.

Knowing that emperors were gluttonous in their eating habits, this could have led to chronic lead poisoning and, as Nriagu thought, the fall of Rome. While Nriagu’s conclusions have been disputed by various studies, others have backed him up based on the pipes of the Tiber River, long the chief source of water for Rome. This water contained around 100 times as much lead as fresh springwater. 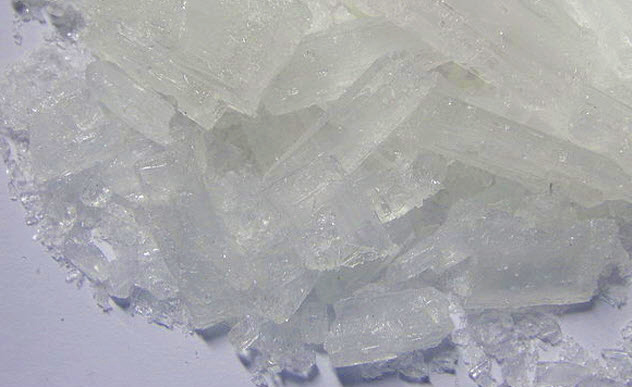 Sadly, lead was humanity’s first artificial sweetener. Where sugar couldn’t readily be obtained, lead acetate was used because of its naturally sweet taste. In Roman times, lead acetate was called sapa and was frequently added to wine.

In 1047, Pope Clement II suddenly died from an unknown cause. A 1959 examination showed that he suffered from chronic lead poisoning, most likely from lead acetate in wine. Clement II was German, and the Germans of that time had a custom of sweetening their wines in the Roman way.

There are even rumors that Ludwig van Beethoven, another wine lover, was ill from chronic low-level lead poisoning related to his consumption of lead-laced wines. A study of his bones showed high levels of lead, which is the most likely cause of his well-known deafness in later years. 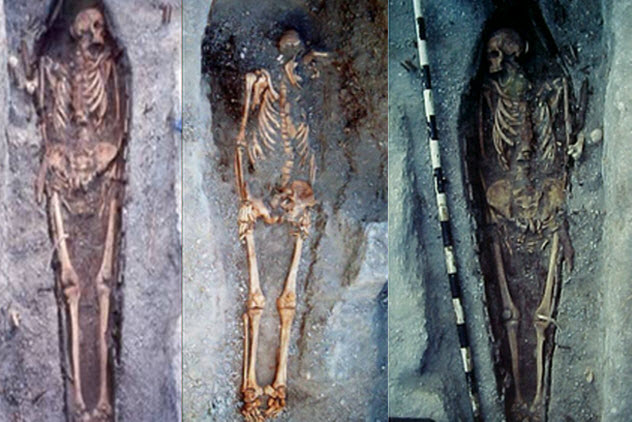 When 17 males were exhumed from the Royal Naval Hospital cemetery in Antigua, it was discovered that their bones were tainted with lead. The normal amount of lead in bones is 5–30 ppm (parts per million). But in the bones of 14 of the men, it ranged from 13–336 ppm, with 80 ppm being lead poisoning.

One hypothesis for this high level of lead could be lead that entered Antiguan rum in 18th-century distilleries. In the past, the Royal Naval fleet gave out rum rations to sailors. This could have caused chronic lead poisoning in many sailors, including the 17 buried in Antigua.

If true, this has severe implications for other members of the Royal Navy who served in the West Indies and may have consumed similarly tainted rum. The rum ration was an established tradition in the British Royal Navy at the time. 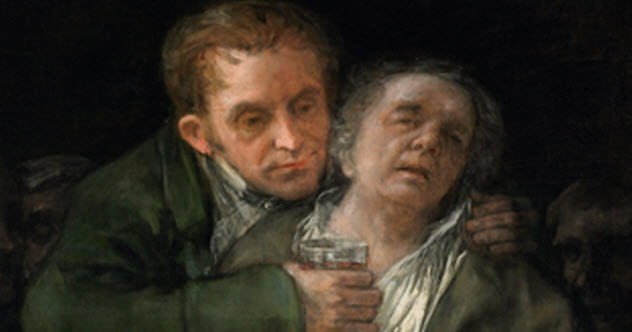 In 1713, Italian physician Bernardino Ramazzini wrote in his book De Morbis Artificum Diatriba that he knew many artists and painters who suffered similar symptoms unique to their profession: chronic sickness, a colorless complexion, and melancholy. He was one of the first to theorize that “painter’s colic” was the result of the paints they used.

This ingestion of deadly metals was called saturnism and affected several famous artists. Throughout much of history, lead was involved in the creation of most paints. A study showed that this most likely affected Michelangelo Buonarroti, Francisco Goya, Candido Portinari, and possibly Vincent van Gogh. They all displayed symptoms of “painter’s colic” and worked closely with lead paints for much of their lives. 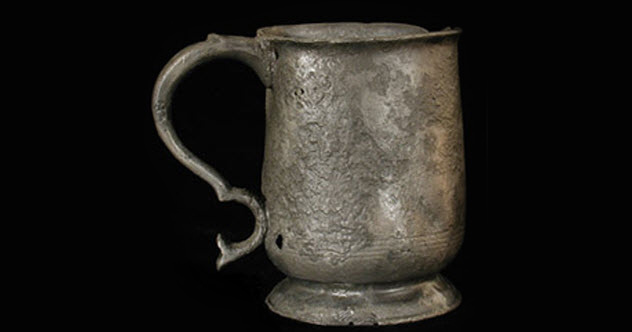 In the first years of colonization in America by the English, the most common types of dishes, cups, and other serving containers were all coated in a deadly layer of lead. Pewter was widely used in musket balls, too. So anyone at the time who used a musket—which was the vast majority of colonists—would have been exposed.

However, wealthy Americans in the 1600s were the ones who mainly used pewter dishes, so much so that researchers can tell who was wealthy back then from the amount of lead in their bones. For example, Colonel Joseph Bridger, one of the wealthiest and most prominent Virginians of his time, died in 1686. But when his body was exhumed and tested by medical professionals in 2007, the lead levels in his bones were measured at 149 ppm, which would have been seven times the average amount of lead. 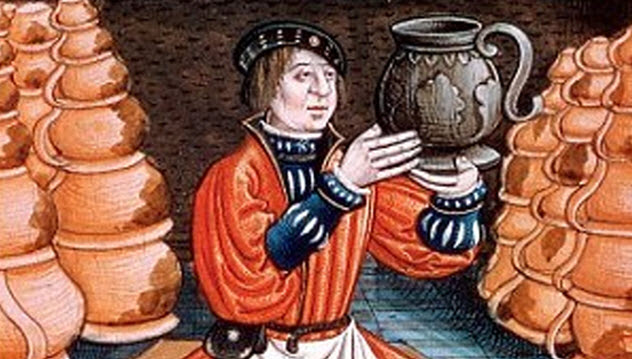 Medieval Europe’s upper class used lead on their silverware and dishes as a sort of glaze so that they were easier to wash and more aesthetically appealing. In 2007, six cemeteries from Germany to Denmark were tested. Interestingly, lead was virtually nonexistent among the serfs and other poor, but it was dangerously high in the urban dwellers.

The lead on the dishes could be absorbed by the acidic foods that were frequently consumed by urbanites of the times. When salty foods were stored in lead-covered containers, the glaze would dissolve and the lead could leak in and contaminate the stored food. These dishes were hard to come by in poor rural towns, so lead poisoning distinguished rural and urban dwellers even more than the rich and poor. 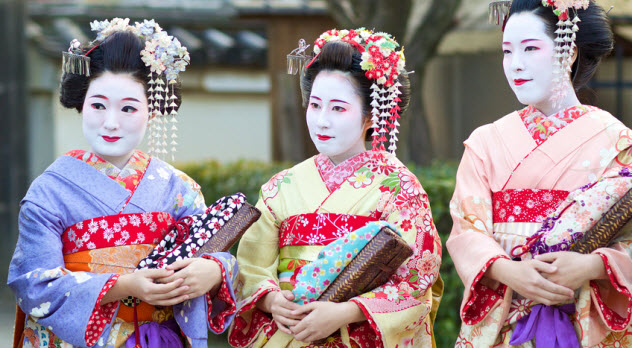 During the Edo period of Japan’s history (1603–1867), many samurai suffered from their own beauty expectations. When the bones of 70 men, women, and children from that time were tested, researchers were shocked to discover lead levels as high as 120 times the harmful level in the bones of samurai children.

Environmentally, lead levels were actually low during the Edo period. But there was a surprising source for the contamination: mother’s makeup. Aristocratic women used a cosmetic white face powder that children may have encountered while nursing. Lead based and incredibly toxic, this face powder probably caused many children to die or suffer severe mental impacts. 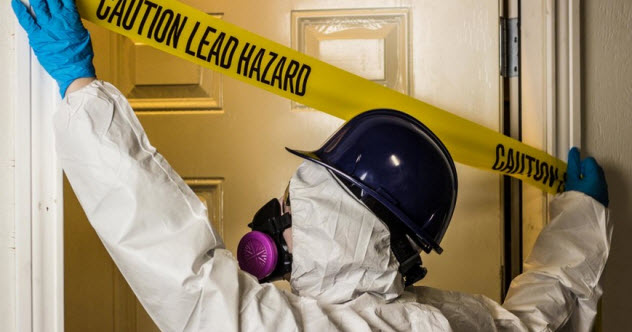 Despite the lead industry knowing about the danger of lead in paint for decades, lead continued to be used in paints well into modern times. As far back as the 1920s, paint companies fought to have safety labels removed from their products even though as much as 70 percent of a can of paint was made of lead pigments.

A mere thumbnail-sized chip could cause a young child to have convulsions. When children became ill from this, the lead companies claimed that it was the fault of the parents, especially “uneducable Negro and Puerto Rican” parents who “failed” to stop children from placing their fingers and toys in their mouths.

In 1949, Maryland’s House of Delegates passed a bill banning lead in children’s toys. But this was repealed after overwhelming pushback. In 1959, the New York City Board of Health banned interior paints containing more than 1 percent lead. In 1971, the federal government banned lead paints in public housing. But it wasn’t until 1978 that the federal government banned lead in virtually all paints. 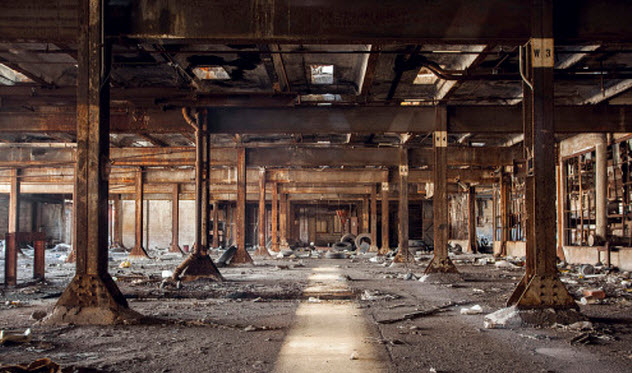 Lead production in the US may have shut down decades ago, but the toxicity remains. Wherever there were once lead factories—now dubbed “ghost factories“—high amounts of lead can still be found in the soil. From the 1930s to the 1960s, many of these factories operated by smelting lead from the various ores that contained it.

William Eckel, an environmental scientist, first called attention to this after writing that as many as 400 unknown shuttered factories could be contaminated by lead. He paid to have the soil tested at eight locations, with all but one testing positive for high lead levels.

Despite the EPA ordering the clean-up of lead in the soil in 2001, there has been virtually no action. Children who live and play near these factories are particularly affected. 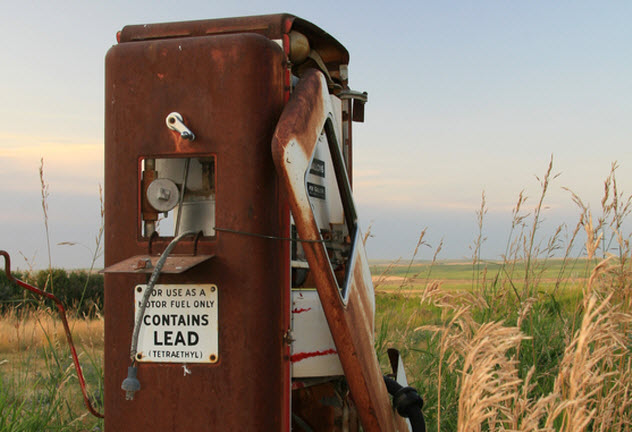 In 1921, Thomas Midgley Jr. invented tetraethyl lead, a compound that would make cars incredibly efficient. Tetraethyl lead remained in gasoline until it was banned in 1986 due to the debilitating mental and physical effects it caused.

Since the ban, blood-lead levels in US residents have dropped by 75 percent. Before lead gasoline was phased out, it is estimated that 5,000 Americans died every year from lead-related heart disease.