The elegant and mysterious design of hieroglyphics have captured our imagination for thousands of years. They remained undeciphered and silent for centuries until the Rosetta Stone was discovered in the 18th century, and we could finally hear the voices of the ancient Egyptians. This list includes interesting facts about Egyptian hieroglyphs covering everything from their early origin to the present day. 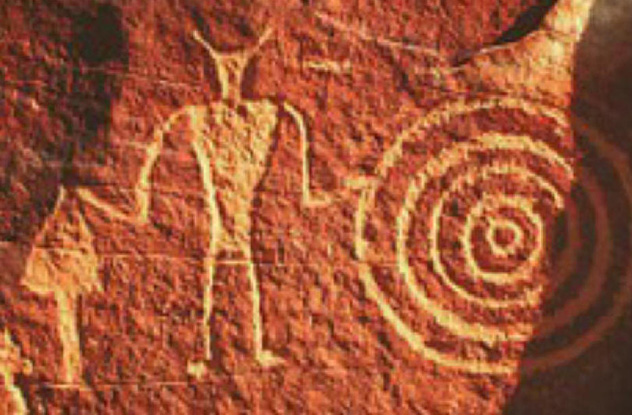 Many scholars have argued that hieroglyphs they are linked to pictures found in the Western Desert produced by early hunter-gatherer and cattle herder communities around 5000 BC. For these communities, the ability to remember information about their land—such as the location of water holes, grazing areas and routes across the dry land—was key for their subsistence.

We know that the function of rock art in general is complex and diverse, and this rock art in particular is not all about passing information. However, it seems that these communities were familiar with the idea of conveying information through visual imagery.

This idea is further supported by some of the images found on pottery vessels produced by subsequent cultures in Egypt, which resemble some of the rock art motifs. This tendency is particularly marked during the 3500-3000 BC period.

9Earliest Evidence Of Writing In Egypt 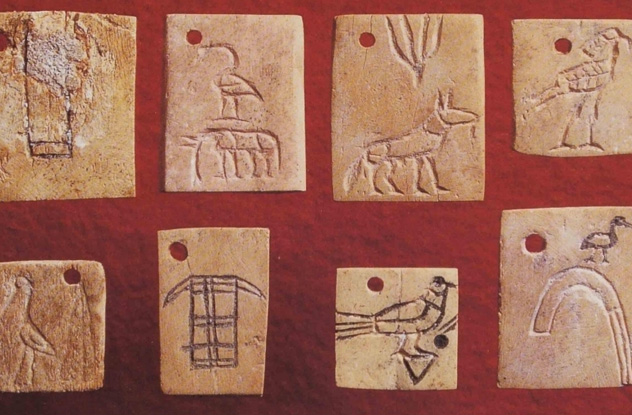 Around 3100 BC, a wealthy man (probably a ruler) died somewhere in or around Abydos, Upper Egypt. His body was buried with many funerary objects in tomb “J,” in a cemetery in Abydos known to archaeologists as cemetery “U.” Many of these objects were looted, and all that remains from them are about 150 labels that were attached to them and discarded by the thieves. These labels display the earliest recognizable writing in Egypt.

The labels display about 50 identifiable signs. The information they convey is diverse. Some are numerical signs, some indicate specific locations (possibly the place of origin of the goods), and some relate to administrative activity. 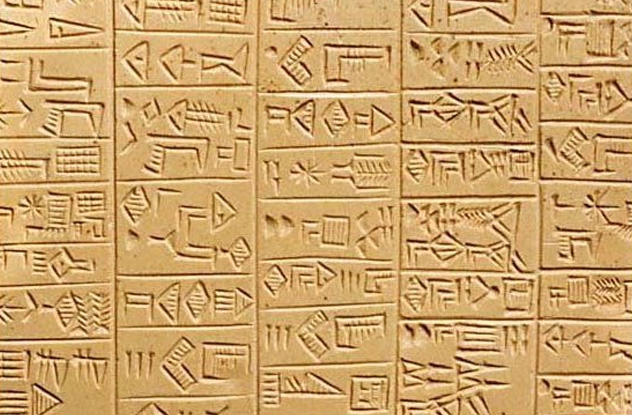 In Mesopotamia, somewhere around Modern Iraq, the Sumerians developed a writing system a little earlier than the Egyptians. There is evidence of contact between Mesopotamia and Egypt prior to the time when hieroglyphs were developed.

Both Sumerians and Egyptians had a pictorial form, although the more simplified Cuneiform script quickly replaced traditional writing in Mesopotamia. It is likely that the Mesopotamians showed the Egyptians the idea of writing. Many scholars believe that as more archaeology and research is carried in Egypt, we may find earlier writing examples. 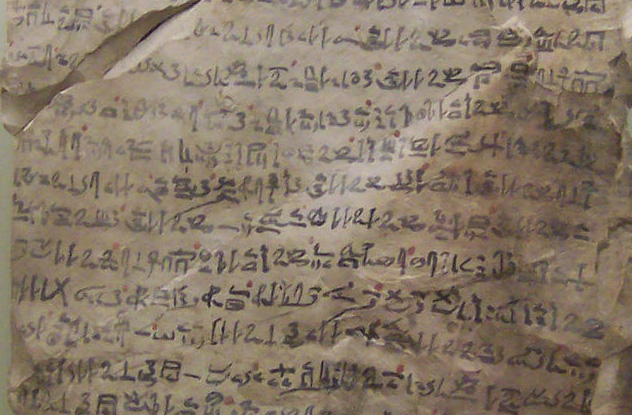 The complex design of hieroglyphs was not suitable for the writing speed required by everyday use, so their pictorial look became gradually stylized. By 2800 BC, this tendency formed a new script known as “hieratic,” a simplified and more user-friendly version of the traditional hieroglyphic signs.

The hieratic script did not replace the hieroglyphic script; it merely complemented it. Hieroglyphs were kept in use for monumental inscriptions, while hieratic was the main choice for manuscripts. Sometimes, hieratic is referred to as “cursive” writing.

Around 600 BC, an even more abbreviated Egyptian script lacking any pictorial trace was developed, known as “demotic.” A century or so later, demotic replaced hieratic, and it became the standard script in mostly every writing context, with the exception of religious texts, where hieratic remained in use. 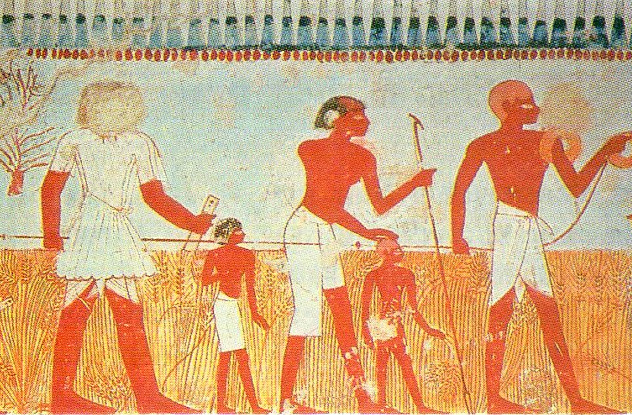 The vast majority of Egyptians were craftsmen, farmers, and herdsmen, who did not have access to the resources of the elite. Many hieroglyphs were displayed on monuments, which very few outside the elite would be able to access. Also, hieroglyphic texts are largely concerned with taxation and other data connected to economic and administrative control, commemoration of royal achievements, religion, and magical and liturgical spells. All these uses are linked exclusively to the elite.

Based on these and others facts, it is estimated that during the Old Kingdom (2686–2160 BC), the proportion of Egyptians who could read and write at all was about 1 percent. Most of these would write and read hieratic script, not actual hieroglyphs. Outside this privileged group, there would also be some people able to read and write their own names for the purpose of administration.

5A Gift Of The Gods? 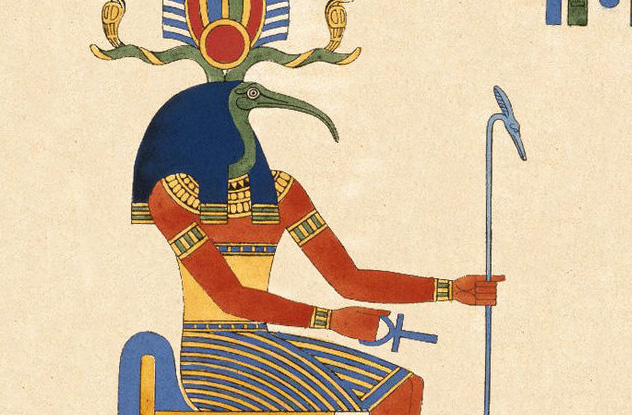 Egyptian mythology claimed that the god Thoth showed the Egyptians how to write. His goal was to make the Egyptians wiser. The god Ra objected, saying writing would weaken the memory of humanity, and that instead of experiencing the past through their memories, they would rely on documents. Writing would make them lazier, not wiser.

Thoth ignored the warning of Ra and gave the Egyptians the art of writing, but he only gave it to a select group, the scribes. The Egyptians referred to the hieroglyphs as medu netjer (the gods’ words). Their elegance and pictorial look encouraged the Greeks to believe they were something sacred, so they referred to them as “holy writing.” The word “hieroglyph” comes from the Greek hiero (“holy”) and glypho (“writing”). 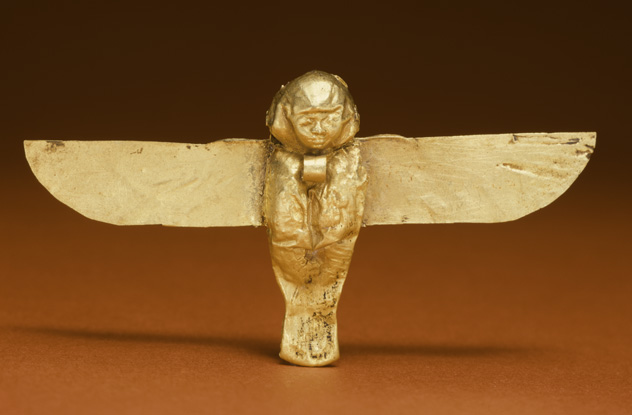 The magical tradition of Egypt was closely connected to the spoken and written word. Although the performance of spells, incantations, and other rituals required the use of religious and magical paraphernalia, none could work without the aid of words. Hieroglyphs were an essential component of magical practice. Many examples of magical texts and formulas, mostly written in hieratic on papyri, have been found in Egypt. We know of magic to aid the sick, to cure snake and scorpion bites, to curse enemies, to obtain help from the gods, and many other uses.

What follows is an example of a love spell used by a male to gain the heart his beloved. It was found on a piece of pottery dating to the New Kingdom (1550–1069 BC). The spell had to be recited out loud so that the gods could hear it

“Grant that this girl, true child of her mother, pursue me with undying passion, follow close on my heels like a cow seeking pasture, like a nursemaid minding her charge, like a guardian after his herd! For if you will not cause her to love me, I must surely abandon the day consumed to dust in the fire of my burning.” 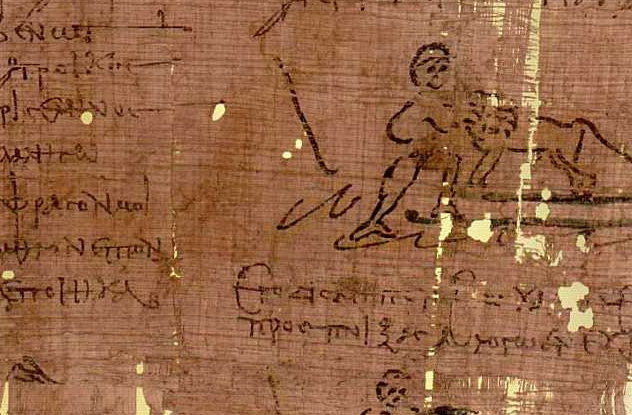 In addition to the hieroglyphs carved or painted on walls, Egyptians used many other writing surfaces that could be easily transported. We have examples of hieroglyphs written on small labels carved on wood or ivory or inscribed on surfaces such as ceramic, metal, and stone. We also know of clay tablets (which were popular in Mesopotamia), bone, and even leather.

Papyrus was the chief portable writing medium in Egypt. Egyptian scribes used papyrus and other writing surfaces, including writing boards generally made of wood. Until the end of the Eighteenth Dynasty (1550–1295 BC), these boards were covered with a layer of white plaster that could be washed and re-plastered, providing a convenient reusable surface. 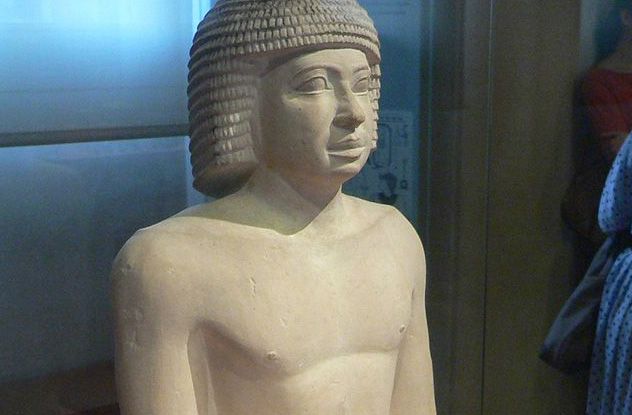 Scribes in Egypt were highly regarded and could potentially work in many areas. The core of their profession was writing, administration, and calculation, but depending on where they worked, they also had specialized skills. Learning to read and write was mandatory for anyone who wanted to be part of the state bureaucracy.

Egyptian scribes could be employed by the state bureaucracy in several areas: In the legal administration as legal clerks, in tax offices and storehouses as record keepers, in temples copying books, in the army recording and managing supplies, or in the pharaoh’s court serving the royal family directly. They could also work in private industry, supporting different businesses that required their skills. 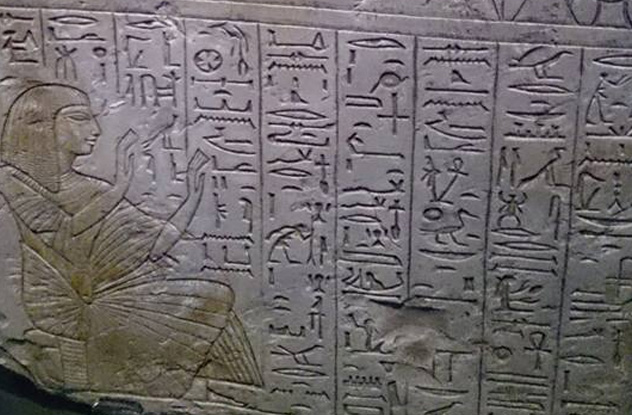 If you have been captured by their beauty and the thought of learning hieroglyphs has crossed your mind, know that today, learning hieroglyphs is easier than ever. If you research locally, you might find available courses (in libraries or educational institutions), enthusiast groups, and other options. If you have no luck with this, there are alternatives:

Egyptian Hieroglyphs is a free online resource that you can use to learn the basics. It is run by a passionate graduate student with a background in Egyptian art and archaeology. You will be surprised about how detailed and well organized these lessons are.

You can also use the excellent Egyptian Hieroglyphs for Complete Beginners to get inside this fascinating world.