Contemporary science is a hotbed of cutting-edge research. Astronomers across the globe have marveled at the first photographic evidence of a black hole. An unconventional in vitro fertilization (IVF) technique has come under fire from medical professionals.

Elsewhere, scientists from Japan have fired explosives at an asteroid, and in Germany, they have discovered a prehistoric molecule from the early years of universe. Setting aside the negative headlines—like the Israeli spacecraft that crash-landed on the Moon or the Indian missile test that might have endangered the International Space Station—here are ten of the most fascinating breakthroughs to have made recent headlines.

10 Astronomers Have Bombed An Asteroid 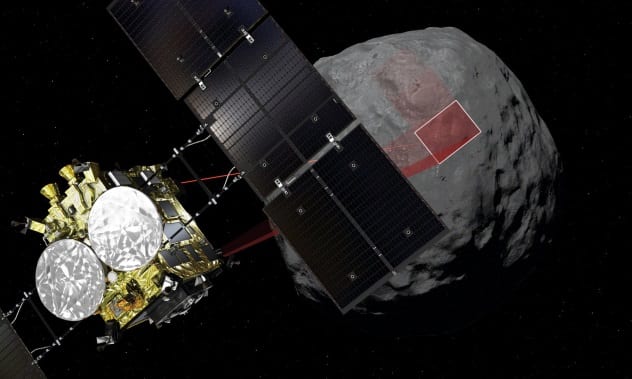 A group of Japanese astronomers has decided to bomb the asteroid Ryugu, hoping it can answer some fundamental questions about the origins of life on Earth. A cone-shaped instrument known as a “small carry-on impact” was sent hurtling into the asteroid, where it blasted out a crater using a baseball-sized wad of copper explosives.

The device was fired from the Hayabusa 2 spacecraft—a pioneering exploration mission operated by the Japan Aerospace Exploration Agency. The spacecraft will head back to Ryugu at a later date to collect samples from beneath the asteroid’s surface that been uncovered in the blast.

Researchers predict there is a wealth of organic material and water from the birth of the solar system preserved underground in the asteroid. By analyzing the samples from Hayabusa 2, they hope to gain a clearer understanding of the early stages of the solar system and of life on Earth.[1]

9 Can We Taste Smells? 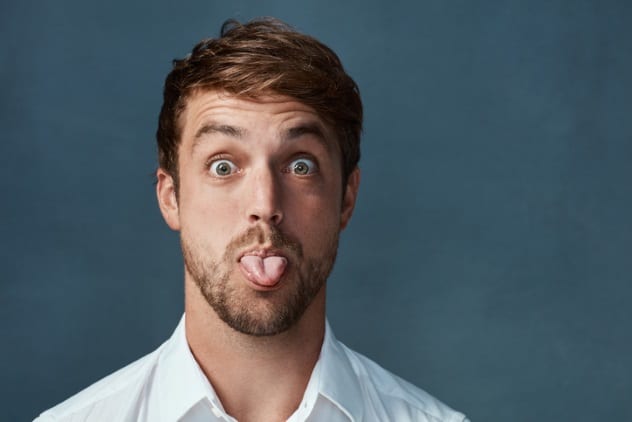 It seems our tongues might be more capable than we originally realized. A research team from Philadelphia has suggested that receptor cells in the tongue are able to detect odors and smells. Their work is prompting experts to reassess whether taste and smell are combined by the brain alone or if there is some level of association between the two signals.

The group, whose findings were published in the journal Chemical Senses, began by experimenting on receptors in genetically modified mice. Following this, they moved onto cells in humans, which displayed similar properties to the mice and were found to respond to aromatic compounds.

For now, it is far too early to draw any concrete conclusion, but with further development, these ideas may be applied to persuade people to eat a healthier diet. Dr. Mehmet Hakan Ozdener, a specialist at the Monell Chemical Senses Center, has suggested that mildly altering the scent of some foods could reduce sugar intake.[2]

8 Molecule Detected From The ‘Dawn Of Chemistry’ 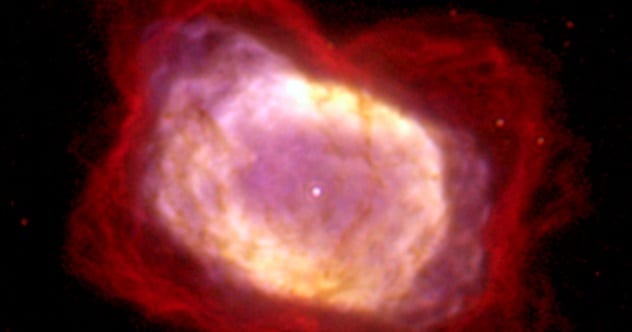 After decades of scouring the cosmos, experts have successfully detected the compound helium hydride, thought to be the first molecule formed in the history of the universe. Due to the obstructive effects of the Earth’s atmosphere, researchers decided to take to the skies to make their landmark discovery. The Stratospheric Observatory for Infrared Astronomy, an airborne observatory built into a modified Boeing 747, was able to pick up infrared signals emanating from the prehistoric molecule.

In a period dubbed the “dawn of chemistry,” around 100,000 years after the Big Bang, the universe had cooled to a low enough temperature that particles began to interact and coalesce. In this era, when light atoms and molecules first came into being, it was helium hydride that paved the way for far more intricate interstellar structures to come. By continuing to investigate the elusive molecule, researchers are able to explore the expansion of the universe in its nascent stages.[3] 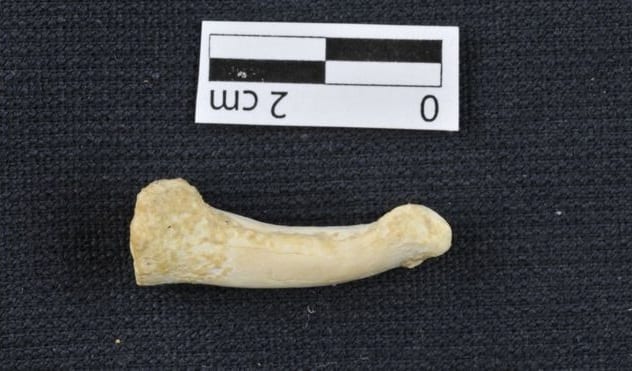 Another strand has been added to the history of human evolution. Remnants of an extinct relative have been found in Callao Cave on the island of Luzon in the Philippines. The primitive species, known as Homo luzonensis, is said to have resembled modern humans in some respects but in others was closer to our ancient ape-like ancestors. On top of that, they are thought to have been competent climbers, as indicated by the curved bones in their fingers and toes.

The discovery poses a number of questions about the long and complex history of our species. With only 13 teeth and bones on which to base their hypotheses, experts remain in the dark as to how Homo luzonensis came to be on the island in the first place. Furthermore, the species’ features suggest that our ancient ancestors made the journey out of Africa to Southeast Asia, an idea which contradicts current historical theories.[4] 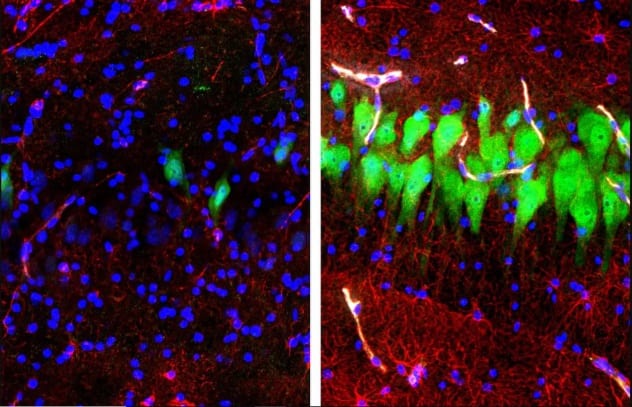 The zombie pigs are said to be among us. A team of neuroscientists from the Yale University School of Medicine have demonstrated that, in part, it is possible to revive a pig’s brain hours after death. Their pioneering new system, BrainEx, has restored a number of basic functions to over 30 dead brains, such as the ability to absorb sugars and oxygen. (The left picture above shows a dead brain, and the right shows a partially reactivated brain.)

The technology involved in BrainEx sends an oxygen-rich solution pulsing through the pig’s grey matter. This fluid partially revives the cells for a maximum of six hours, while also slowing down the process of deterioration after death. However, the brains are, by definition, still dead; there is no evidence of consciousness being reinstated.

This highly advanced research presents an ethical quandary over whether it is correct to experiment on semi-living beings. The National Institute of Health has been discussing the implications of BrainEx since 2016 via their Neuroethics Working Group and are wary of the possible consequences of using similar technology on humans.[5] 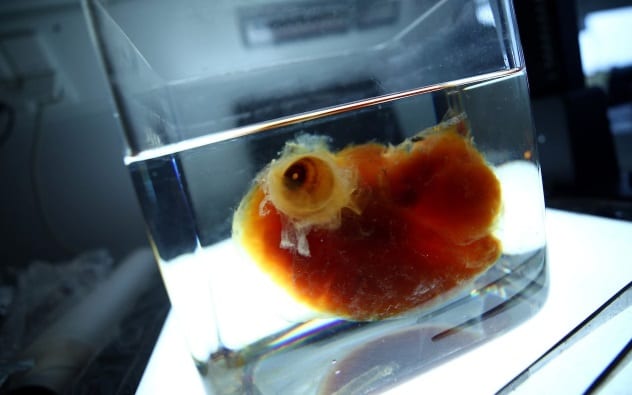 Organ transplants may soon become a thing of the past. For years, scientists have strove to create fully functioning artificial organs to address the significant dearth of donors. The dream is now one step closer, courtesy of Dr. Ali Erturk and his colleagues at the Ludwig Maximilians University in Munich.

The team has successfully developed a technique to fashion transparent human organs, with an aim to further understand their elaborate inner structures. Organic solvents are used to remove fats and pigments without disturbing any of the tissue underneath. The uncovered organs can be explored in intricate detail using a laser scanner, which allows scientists to build up a complete structural image of the body part.

Erturk is confident that, as technology improves, these scans can be used as blueprints to produce 3-D bioprinted replica organs. The team hopes to have constructed a 3-D printed kidney by 2025.[6] The link between genetics and body mass has been known for many years, but now scientists at Cambridge University have identified exactly which genes keep people slim. Around four million people in Britain, six percent of the population with European ancestry, have a specific DNA coding that prevents them from gaining large amounts of weight.

Previous studies discovered that the gene MC4R controls a protein known as melanocortin 4, a brain receptor associated with appetite. Participants in this experiment with a specific strand of MC4R displayed more restraint in their appetites, making them far less likely to suffer from obesity or type 2 diabetes. This deepened understanding of genetics opens up the possibility of a slimming medication to combat rising levels of obesity.[7] 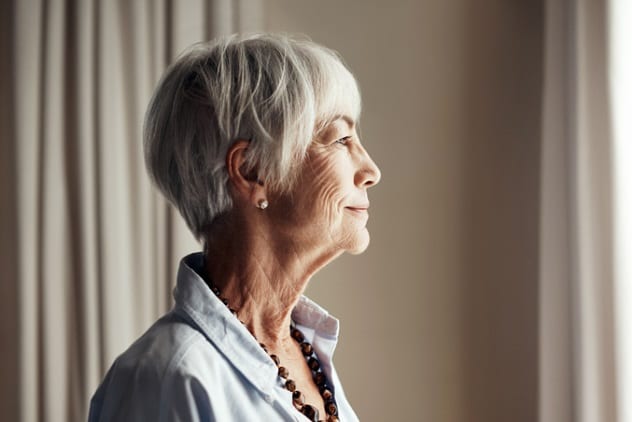 By stimulating the brain with electrical pulses, scientists are able to temporarily offset the debilitating effects of memory loss. With age, vital cognitive networks in the brain begin to lose their synchronicity. This leads to the deterioration of the working memory—the short-term processing system that plays a key role in tasks like facial recognition and arithmetic.

Now, neuroscientists at Boston University have found that noninvasive electrical stimulation appears to improve the connection between these networks. The researchers reported that a study group of 60- to 76-year-olds performed significantly better in a series of working memory tasks after around half an hour of pulse treatment. Those with the most pronounced memory issues showed the biggest improvements.

Further clinical trials are needed to determine whether this stimulation is a viable method for combating memory loss or dementia.[8] 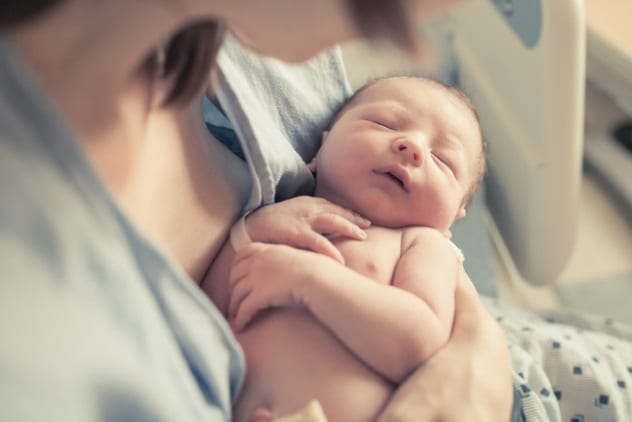 In a breakthrough moment for in vitro fertilization, a baby has been born in Greece with DNA from three different people. The newborn boy was conceived using the mitochondrial donation technique, in which the intracellular structure of the mother’s egg is modified slightly using a second donor egg. During the technique, the mitochondria—tiny, floating structures that provide power to the cell—from the mother’s egg are replaced by that of a donor. While the vast majority of the baby’s genetic material has been passed down from his parents, an extremely small amount of his DNA—around 0.2 percent—originates from the donor.

Doctors claim this is the first time that mitochondrial donation has been applied to combat fertility issues. Spanish embryologist Nuno Costa-Borges has labeled the healthy birth a “revolution in assisted reproduction” and claims that it has the potential to help a multitude of would-be mothers in the future.

However, critics of the treatment are warning women to proceed with caution. Reproductive expert Tim Child has explained how little is known about the risks or benefits of the technique, dismissing Costa-Borges’s claims as unfounded in evidence.[9]

1 First image Of A Black Hole 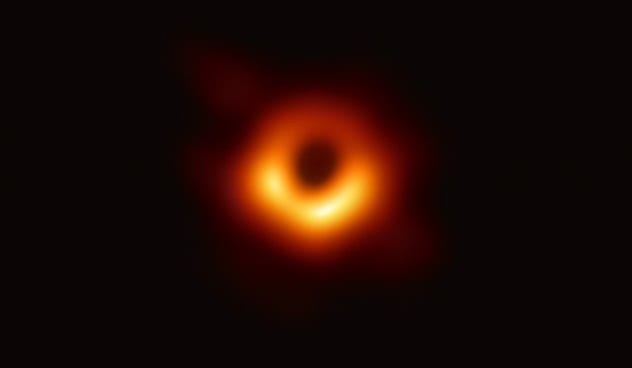 For the past century, the only evidence astrophysicists have had for the existence of black holes has been scientific theories and indirect observations. The cosmic giants have a gravitational attraction so powerful that nothing can escape their immense pull, and their existence has been incredibly challenging to verify. And yet, in spite of the major difficulties, scientists have managed to generate an image of one.

The picture in question is of the fiery disk of accreted gas surrounding the black hole at the core of the Messier 87 galaxy. With a diameter of 38 billion kilometers (23.6 million mi), the active supermassive colossus lurks 55 million light-years from our planet. The black hole itself is impossible to literally “see,” but the dark area at the center of the ring corresponds to its shadow.

To capture the image, a task described by leading astrophysicist France Cordova as “Herculean,” scientists deployed the Event Horizon Telescope (EHT), a global network of high-precision radio telescopes.[10] This Herculean task required a Herculean amount of data, so much that it was impossible to transfer over the Internet. Instead, half a ton of hard drives had to be flown to a central location, where the readings were combined using state-of-the-art processing techniques.

The image appears to verify the first predictions of black holes made by Einstein’s general theory of relativity, which addresses the distortion of space and time caused by immense, massive objects. The EHT researchers now have their sights on Sagittarius A—the supermassive beast at the heart of the Milky Way.

Read about more amazing recent scientific discoveries on Top 10 Scientific Breakthroughs Of The Month (March 2019) and 10 Amazing And Little-Known Space Discoveries Of 2018.