If 2016 has taught us anything, it’s that emails and the Democratic Party go together like nitro and glycerin. Over the weekend, yet another email-based scandal exploded, sending shockwaves through the Dems. This time, it involved a trove of over 20,000 Democratic National Committee (DNC) emails leaked to Wikileaks. They reveal a party that is hopelessly biased, riven by scandal, and excels at incompetence.

10The DNC Trash Talk Their Own Donors 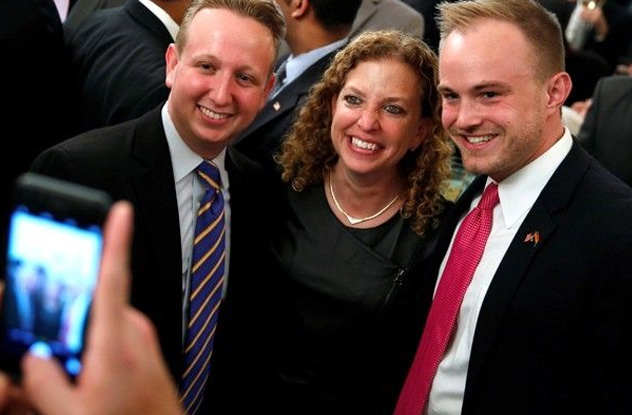 One of the DNC’s primary functions is to fundraise for the Democratic Party. The party heavily relies on donations, so you might think they’d be grateful to their funders. No such luck.

One email exchange refers to major Florida donor Stephen Bittel’s seat at a DNC fundraiser. DNC national finance director Jordan Kaplan angrily declares, “He doesn’t sit next to POTUS!” His deputy, Alexandra Shapiro, responds that “Bittel will be sitting in the corner I can find.” A separate email referred to several major DNC donors as “clowns.”

In another email, Shapiro unfavorably compared New York philanthropist Philip Munger to Maryland ophthalmologist Sreedhar Potarazu. She complained that Munger had “only” given $100,600 over the years, compared to the Potarazu family’s $332,250.

9The DNC Is Incompetent At Handling Donor Information 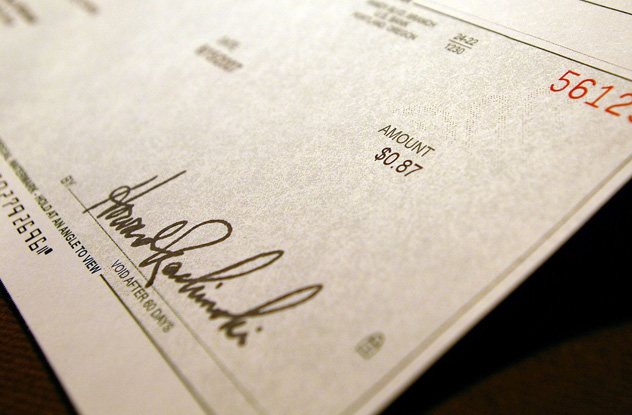 Most people giving big money to a party like to be assured their details will be kept private. The DNC failed spectacularly at this. Staffers emailed donors’ names, credit card numbers, contact information, and social security numbers. If this information were to be hacked—as it was—it could result in a field day for identity thieves.

Some of the screw-ups were even dumber. One staffer emailed an image of a $150,000 check. As Vox.com explains: “Emailing checks like this is a bad idea because America’s awful check payment network allows anyone to withdraw money from anyone else’s account with only the routing information printed on every check.” Thanks to the email leak, that information is now on the Internet for anyone to see. 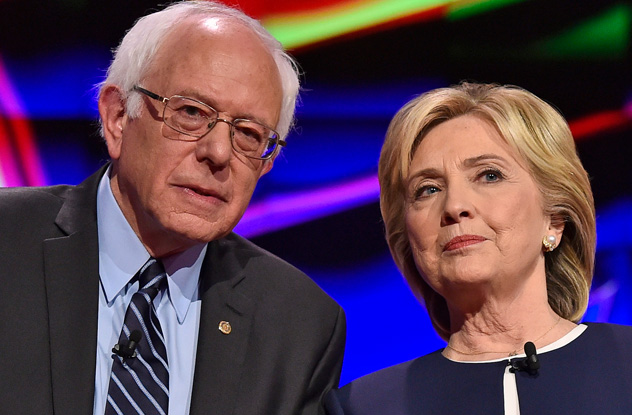 The DNC is required by its own guidelines to be neutral during presidential primaries. The emails show it failed. During the primary campaign fight between Hillary and Bernie Sanders, the DNC consistently tried to undermine Senator Sanders.

On May 21, DNC press secretary Mark Paustenbach and communications director Luis Miranda exchanged emails about creating a media narrative suggesting Sanders’s campaign was a mess. In another May email, Debbie Wasserman Schultz claimed Bernie Sanders “isn’t going to be president.” In April, she wrote he had “no understanding of” the Democratic Party. 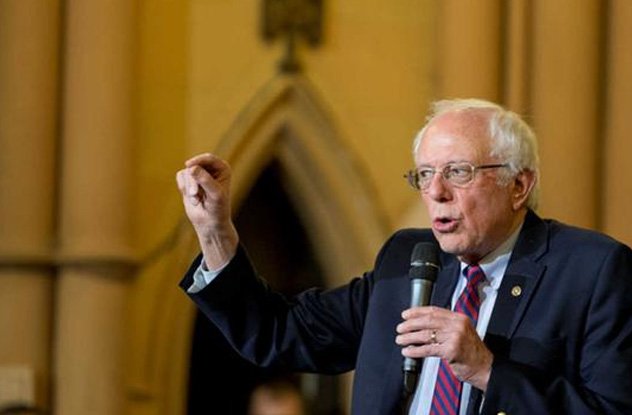 The dirtiest part of the DNC campaign against Sanders involved his religion. An early May email written by DNC CFO Brad Marshall floats a plan to scupper Sanders’s campaign by questioning his beliefs.

The email reads: “It might may no difference, but for KY and WVA can we get someone to ask his belief. Does he believe in a God. He had skated on saying he has a Jewish heritage. I think I read he is an atheist. This could make several points difference with my peeps. My Southern Baptist peeps would draw a big difference between a Jew and an atheist.”

This is flagrantly unethical. It shouldn’t matter if Sanders is an atheist. Nor should his Jewish heritage matter. More to the point, the DNC’s own rules mean they shouldn’t have been targeting Sanders at all during the primary process.

For his part, Marshall denies the email is about Sanders. It’s difficult to see who else it could refer to. 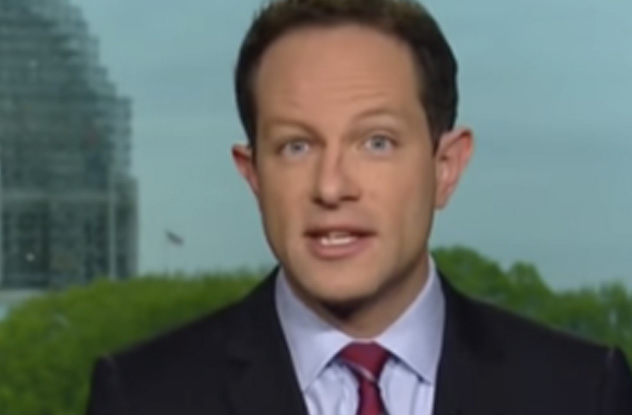 Journalists typically don’t email advance copies of stories to the people they’re writing them about. To do so could be seen as breaching journalistic ethics. The leaked emails suggest the DNC encouraged at least one prominent journalist to do this.

An email from Politico’s Kenneth Vogel to the DNC has been uncovered, titled “per agreement . . . Any thoughts appreciated.” A major story he wrote in April is attached. In a separate email to the DNC communications director, DNC press secretary Mark Paustenbach confirms, “Vogel gave me his story ahead of time . . . ” He adds, “Let me know if you see anything that’s missing and I’ll push back.”

Vogel eventually published his story with no significant edits, but his feeling compelled to send it to the DNC at all is worrying. 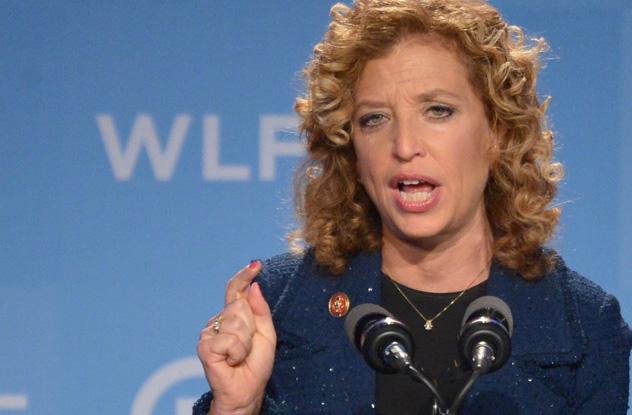 To hear that the DNC is hostile toward a Republican outlet like Fox News would be no surprise, but the emails show that DNC anger runs deeper. While the presidential primary was in full swing, the DNC defined “hostile media” as “anyone who doesn’t like Hillary.”

Reporters from left-leaning outfits deemed too pro-Bernie were denied interviews and derided as “Berniebros.” Sirius XM’s Mark Thompson lost an interview because he was thought to prefer Bernie over Hillary. When MSNBC anchor Mika Brzezinski slammed the DNC for its anti-Bernie bias, Debbie Wasserman-Schultz leaned heavily on the president of NBC, demanding a personal apology. A Twitter hashtag, #bernieclickbait, was set up to ridicule any outlets that tried to report the DNC’s bias toward Clinton.

Once again, the DNC was bound by its own rules to be neutral at this stage. The emails show it was anything but. 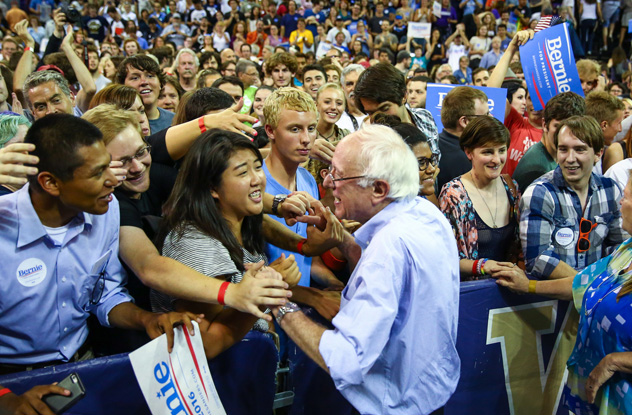 If you should take one thing from this article, it’s that the DNC treated the Hillary-Bernie contest as a “defeat Bernie” challenge. One email that some sites have flagged appears to suggest the DNC planted informers inside the Sanders camp.

The email comes from May and refers to an Alaska “counter event.” It was organized on Facebook by the progressive Citizens for Ethical Government. The invite suggested Senator Sanders might be speaking via Skype. The DNC appear to have gotten freaked out by their lack of knowledge about this and tried to get some “intel.” The last email in the chain talks about someone with “friends inside the Bernie organization” who could pass on information.

Although the chain itself is fairly innocuous, it does suggest the DNC may have been keeping tabs on the Bernie campaign by having informers on the inside. 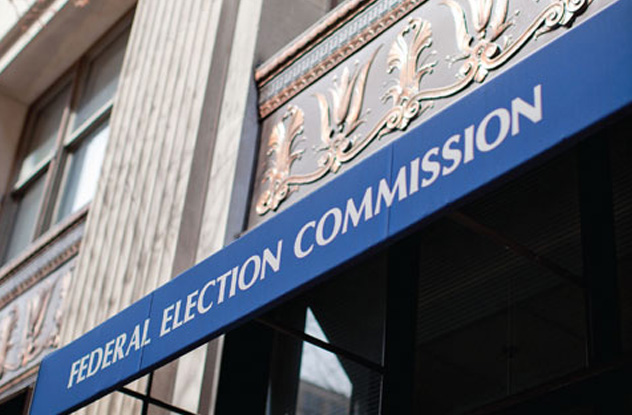 According to FEC (Federal Election Commission) rules, $100,200 is the campaign contribution limit for nonmulticandidate PACs in a single year. The email suggests Klein, on behalf of HillaryClinton.com, may have been trying to circumvent that limit. If true, it would constitute an offense.

Kaplan seems to recognize this. His aghast response reads “Don’t send me an email like this again . . . Don’t be a dick.” 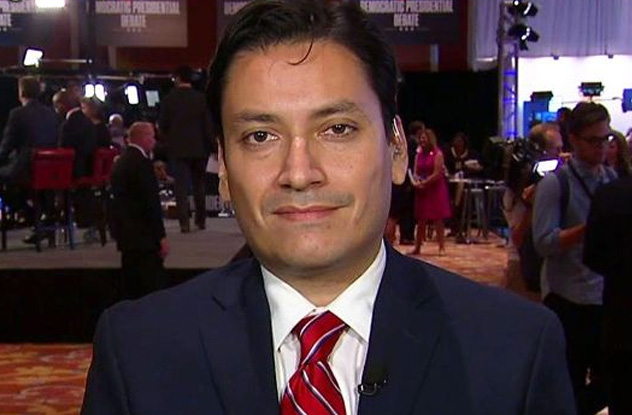 The progressive wing of the Democratic Party is often seen as obsessed with identity politics. The email leak suggests the DNC isn’t as committed as it would like supporters to think. Gay jokes, clunky stereotyping, and possible racial slurs abound.

One email involves DNC national finance director Jordan Kaplan signing off with a “no homo” joke. Another by DNC communications director Luis Miranda revolves around getting the Latino vote out and is full of phrases like “Hispanics are the most brand loyal consumers in the World: Known fact” and “Once a brand loses this loyalty, Hispanics never re-engage: Unforgiving.” Gawker claimed these phrases amounted to stereotyping.

Another email possibly refers to courting Mexican voters as mopping up “some taco bowl engagement” (the context is unclear, but a small number of sites catering to Mexican-American audiences certainly took it this way).

What matters isn’t whether or not you find these statements offensive. What matters is that the DNC has often attacked the Republicans for using similar phrases. The leak shows they refuse to practice what they preach. 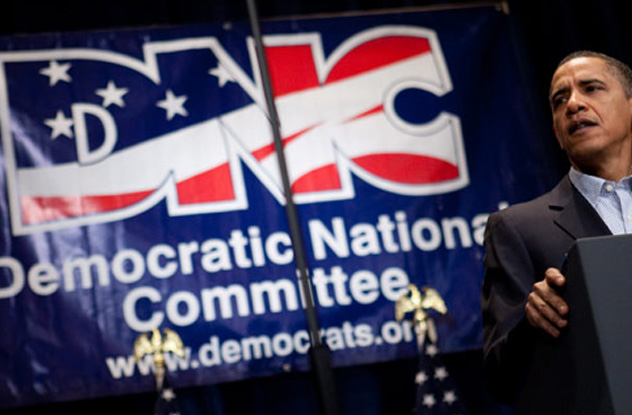 Perhaps the most scandalous fact about the DNC email leak is that it happened at all. After the marathon inquiry into Hillary’s unsecured emails—one that ended with a damning report on her judgment—you would think the Democrats had had enough of email scandals. Instead, they allowed hackers to infiltrate the DNC database. Once the horse had bolted, they then hired an expensive cybersecurity firm to close the door.

This goes beyond carelessness and into recklessness. Wikileaks have already announced they have more stolen material to release over the coming months.

No one should be celebrating. Those on the right should lament how much information could be lost to foreign intelligence agencies. Those on the left should be lamenting the Democratic Party’s carelessness. If the next leaks are big enough to render Hillary toxic, we could well be witnessing a Trump presidency come 2017.