It’s hard to argue that illicit drugs haven’t been a burden on society, shattering homes and destroying countless lives. Despite the carnage that addiction often results in, the history behind certain drugs as well as the stories of the famous and infamous who’ve been known to indulge are not only astounding but captivating. The following ten cases intertwine bizarre historical and educational facts regarding well-known, perilous drugs throughout time. 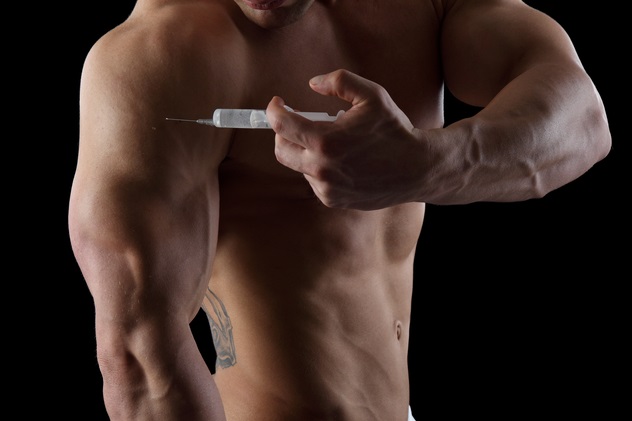 In 1889, 72-year-old physiology professor Charles Edouard Brown-Sequard injected himself with extracts from the testicles of dogs and guinea pigs. He noted an increase in physical strength and health. During World War II, the Nazis began to test anabolic steroids on concentration camp prisoners and soon moved on to German troops, hoping to increase their aggressive tendencies.

By the end of the war, chemist Leo Ruzicka perfected a way to isolate the testosterone molecule from cholesterol. This new and improved steroid was subsequently used to treat concentration camp victims and prisoners of war. The hormone allowed the victims to overcome severe muscle wasting and malnutrition. Ruzicka would go on to earn to the Nobel Peace Prize for his groundbreaking and beneficial research.

In time, bodybuilders and athletes noted the improvement in strength and muscle mass and began abusing the synthetic steroid, which ultimately spread to the Olympic games in the 1950s. 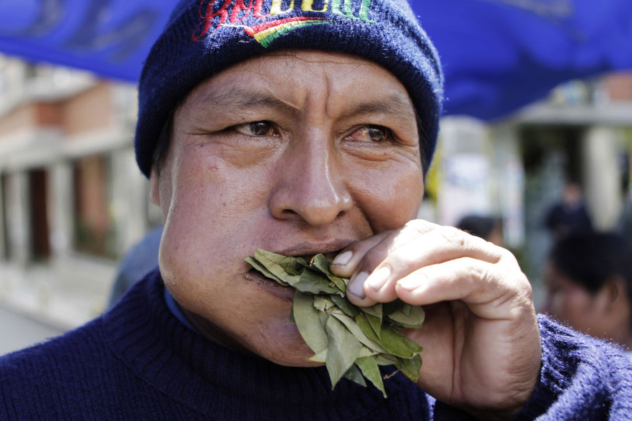 Photo via Escaped to Latin America

Despite its use as a raw material for cocaine production, the coca plant has provided numerous benefits dating back as far as 3000 BC and is still in use today in Andean cultures throughout South America.

The coca leaf, which is chewed between the cheek and jaw, provides relief from high altitude sickness, increases stamina, and obliterates tiredness. It’s also consumed in tea to treat a variety of symptoms, such as headaches, toothaches, and intestinal cramps. It’s believed that the Spaniards encouraged chewing the leaf during the colonial period in order to reduce food costs and increase productivity in the mines.

Today, the plant is used in various Andean communities as currency as well as in religious ceremonies and social gatherings—even as a gift when asking for a woman’s hand in marriage. Many who advocate the use of the leaf claim that it is a healthy alternative to Red Bull, given that it provides a substantial boost in energy. 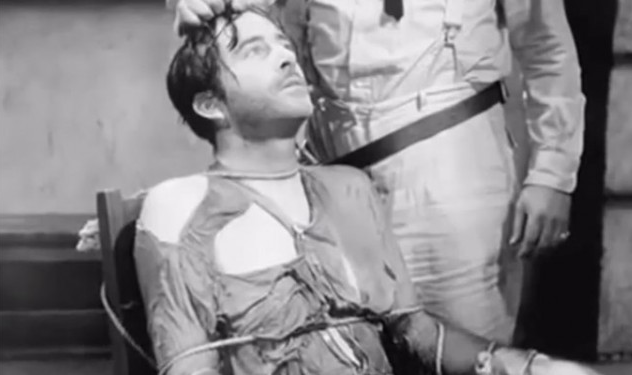 On April 20, 1950, the CIA officially approved Project BLUEBIRD, which was later renamed Project ARTICHOKE. The agency was investigating interrogation techniques in order to create amnesia and new identities as well as new memories in experimental subjects’ minds. Part of the research entailed giving them morphine in order to create an addiction followed by a subsequent withdrawal.

The experiments were conducted by leading psychiatrists, neurosurgeons, and pharmacologists in North America. Perhaps the most disturbing aspect of the program was when the agency experimented on children aged 7–11 years old, giving them 150 micrograms of LSD per day for weeks and months at a time. The details of the research only came to light in 15,000 pages of documentation obtained under the Freedom of Information Act. 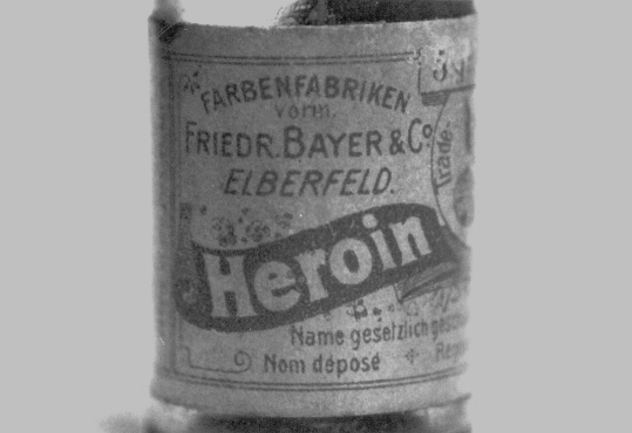 Felix Hoffmann, a chemist working for the German chemical company Bayer, is perhaps best known for inventing aspirin in 1897. After a reliable production process was created for the new pain reliever, it was marketed throughout the world, placing Hoffmann on a scientific pedestal for centuries to come.

However, that achievement would be overshadowed by Hoffmann’s second major breakthrough—heroin. Just 11 days after figuring out how to synthesize aspirin, Hoffmann discovered the chemical process to produce the illicit narcotic, which Bayer would soon market to the public as a cough suppressant and cure for morphine addicts. Bayer sold the drug from 1898 to 1910, when its addictive properties and harmful nature became apparent. It became a public embarrassment for Bayer and was eventually discontinued and outlawed. 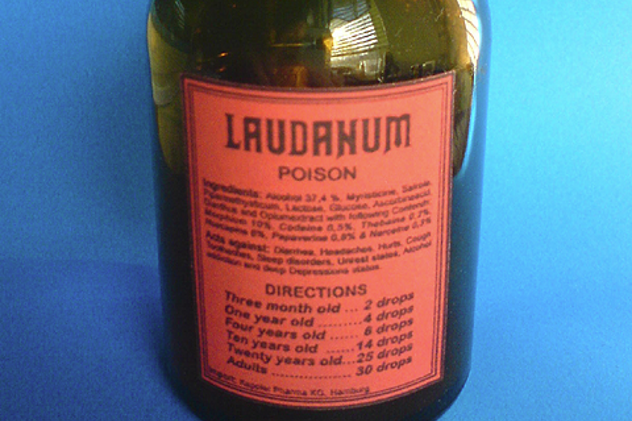 During the Victorian era in Britain, one could walk into their local pharmacy and purchase cocaine, arsenic, and various opium derivatives. Laudanum, which consisted of opium mixed with wine or water, was perhaps the most widely used. Regardless of the type of opium blend that was being consumed, the most infamous use of the drug was to quiet infants during bouts of crying. In Victorian Britain, countless babies became severely ill or died.

The popular potion would soon make its way to the United States, especially throughout the Wild West. Mattie Earp, first wife of Wyatt Earp, became addicted to opium, leading to a downward spiral of divorce, alcoholism, and prostitution. She died alone of a laudanum overdose in 1888.

Although the widespread use of opium was more troubling than beneficial, the drug did provide relief for nearly all who suffered from tuberculosis. It could quiet one’s cough, control diarrhea, relieve pain, and reduce stress for the sickly. Perhaps the most famous TB patient and opioid abuser during this era was famous gunslinger, gambler, and dentist Doc Holliday, who succumbed to TB in 1887. 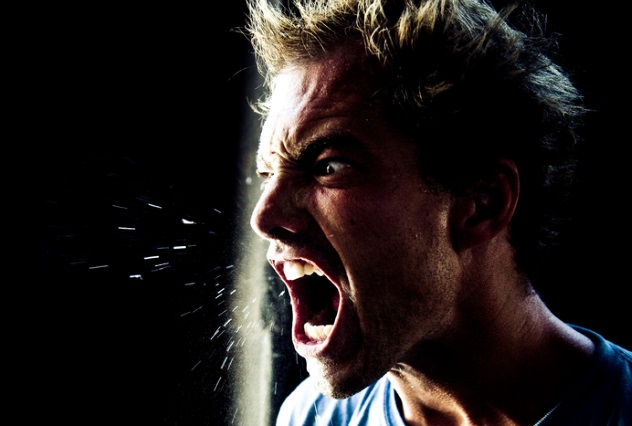 Phencyclidine (PCP) began to appear as a street drug in California in the early 1960s and was made illegal in the 1970s. Prior to this, it was used in experiments throughout the world. In the 1950s, PCP was researched as a potentially powerful anesthetic for surgery. However, given the side effects, such as disorientation, delirium, and mania, the drug was limited to veterinary use as a tranquilizer.

Researchers began to use PCP on experimental subjects in order to induce a schizophrenia-like state, producing symptoms seen in schizophrenic patients. Researchers also gave known schizophrenics PCP and observed that they suffered traumatic and severe relapses. Even the US Army conducted human clinical studies in order to research PCP’s potential as a chemical warfare agent. In the end, no benefits were noted in all the human guinea pigs, ultimately leading to its ban. 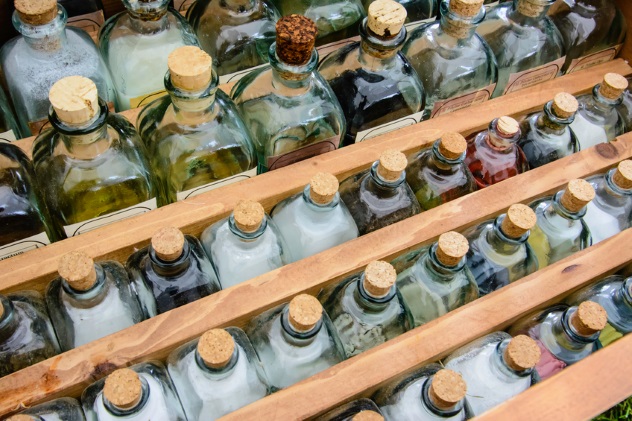 During times of war, there is a boost not just in industrial production but in breakthrough medical innovations, often referred to as “wartime drugs.”

In 1817, after 13 years of research, Friedrich Serturner extracted pure morphine from opium. It became the gold standard of analgesics during war. Opioids evolved during the US Civil War, in which 2.8 million ounces of opium tincture and a 500,000 opium pills were used by the Union Army alone, providing necessary relief for innumerable amputations.

Unfortunately, this miracle drug that could alleviate the horrors of barbaric medical procedures also became the crutch to countless soldiers who had already sacrificed so much. Following the Civil War, many soldiers became addicted to morphine, further crippling them as well as future soldiers until the full understanding of addiction and potency became apparent. 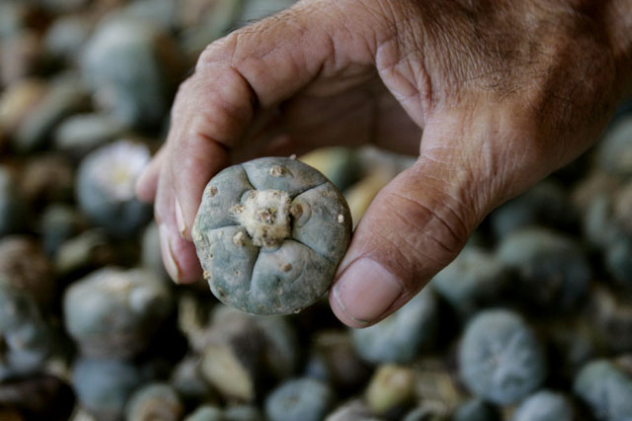 Photo via The Monitor

Peyote is a hallucinogenic plant used by Native Americans for religious practices and spirituality. Native Americans refer to peyote as a “sacred medicine,” and several groups use it in religious ceremonies to this day. Although peyote is classified as a Schedule I controlled substance, certain tribal religious organizations are exempt from the law.

One of the more intriguing historical facts regarding peyote is the plant’s first documented use by non-Native Americans during the US Civil War. Carl Lumholtz, an ethnologist associated with the American Museum of Natural History, described how Texas Rangers were once captured by the Union Army and thrown into a POW camp. Lacking stimulating drinks during their imprisonment, the Rangers soaked peyote “mescal buttons” in water, becoming intoxicated and experiencing hallucinations never before experienced by white men. 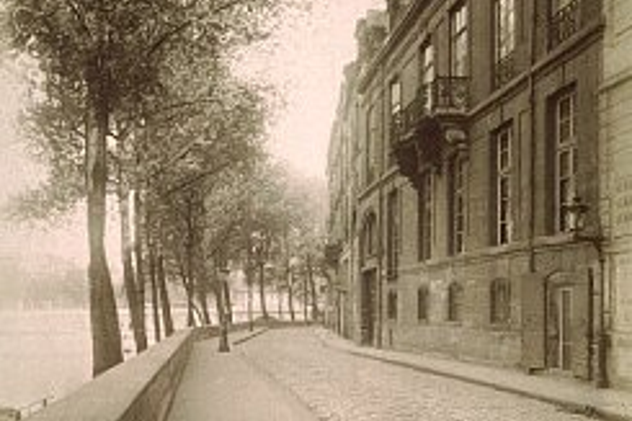 Jacques-Joseph Moreau, a 19th-century Parisian physician who was fascinated and often experimented with drugs, was quite taken by the effects of hashish. He described it as an “intellectual intoxication” and recruited his friends to partake in his extracurricular activities.

Dr. Moreau’s entourage was unlike any other, comprised of brilliant minds such as Charles Baudelaire, Victor Hugo, Eugene Delacroix, Alexandre Dumas, Gerard de Nerval, and Honore de Balzac. The men would gather in a Gothic house, where they would drink coffee that was “liberally” laced with hashish. Unlike the others, Balzac preferred to eat the hashish, to which he credited experiencing “visions of divine paintings” as well as hearing celestial voices.

This meeting became a social gathering ritual and continued for five years between 1844 and 1849, eventually becoming known as Le Club des Hachichins (The Hashish Club). 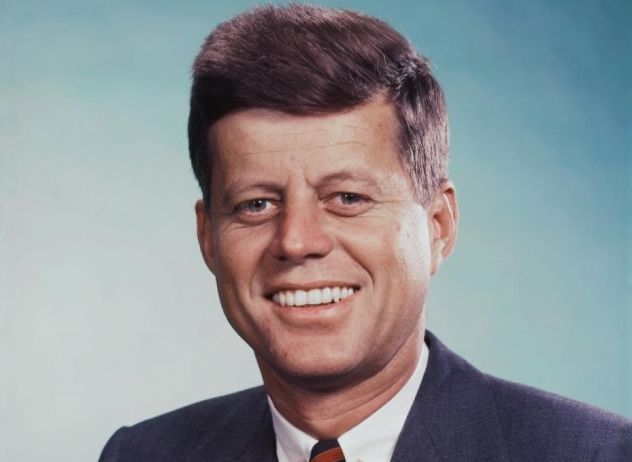 The publicly cool and collected John F. Kennedy suffered tremendously in private, battling numerous medical conditions. He’d been plagued by health problems since childhood, and according to medical records from 1955 to 1963, President Kennedy dealt with prostatitis, colitis, Addison’s disease, and debilitating osteoporosis of the lower back. At times, the pain was so severe that he couldn’t even put on his socks and shoes. Because of this, he was on a cocktail of medications, taking as many as 12 at once.

This eventually led to a psychotic breakdown in 1962, when Kennedy’s personal physician, Dr. Jacobson, accidentally overdosed the president with methamphetamine at the Carlyle Hotel in New York. President Kennedy experienced a momentary state of mania along with paranoia and delusions. Panicking, Kennedy ripped off all his clothing and began to run naked around the hotel room, at times attempting to enter the hallway. The Secret Service called New York’s top psychiatrist, who recognized Kennedy’s “drug-induced mania” and administered an antipsychotic.

In 1975, the New York Post published a massive expose on Dr. Jacobson, which led to the loss of his medical license.