Flat-Earthers, as the name suggests, are people who believe the Earth is flat, despite all the evidence to the contrary. Flat-Earthers believe statements that the Earth is round to be some conspiracy promoted by governments, space agencies, and private corporations. Interestingly, however, they do believe Mars is round.

Trying to prove that the Earth is flat is hard work for flat-Earthers, and they will often go to extreme lengths to prove it, even if it means making ridiculous claims, launching rockets and satellites, or trying to travel to the edge of the Earth. Here are ten curious facts you never knew about flat-Earthers.

10 They Believe Mars Is Round 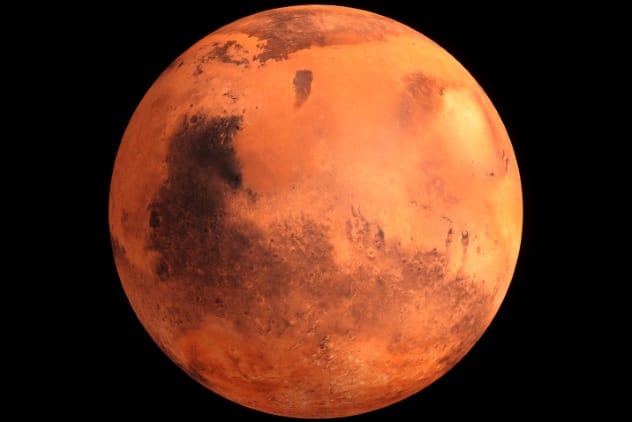 In November 2017, serial entrepreneur Elon Musk tweeted, “Why is there no Flat Mars Society!?” The Flat Earth Society replied with their verified Twitter handle, tweeting, “Hi Elon, thanks for the question. Unlike the Earth, Mars has been observed to be round.” 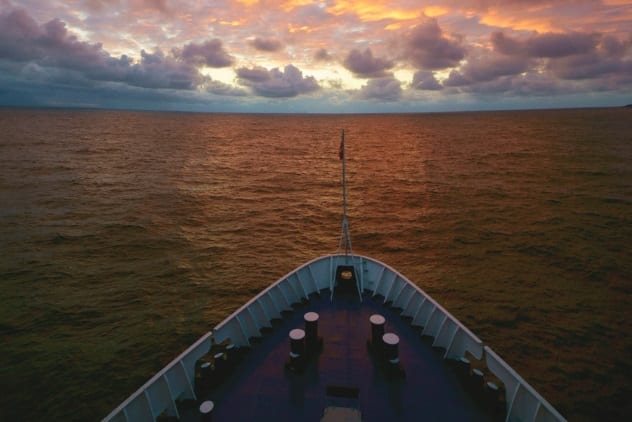 The voyage is planned by the Flat Earth International Conference (FEIC), which is keeping information about the proposed expedition under wraps. (Perhaps they want to catch the NASA guards supposedly patrolling the edges of the Earth unaware.) However, the expedition has raised eyebrows because the ship will be using equipment like GPS, which is based on a round Earth.[2]

8 They Believe SpaceX’s Photos Of Starman Were Doctored 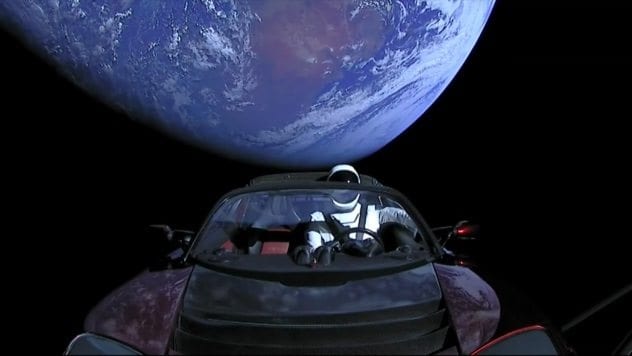 In February 2018, Elon Musk launched the SpaceX Falcon Heavy rocket carrying his Tesla roadster into space. At the wheel was a mannequin dressed in an astronaut suit. Musk called him Starman. The vehicle was rigged with cameras, and the video was streamed live on YouTube.

One of the most popular photos of the spectacle showed Starman seated at the wheel, as if he was driving the car into space. The Earth was in the background and was clearly round. This is the sort of thing flat-Earthers do not want to see.

7 They Claim Solar Eclipses Prove The Earth Is Flat 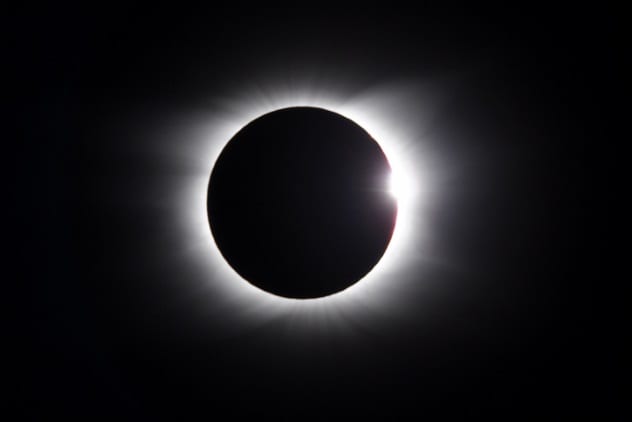 Solar eclipses are a definitive piece of evidence that the Earth is round. Every part of the world facing the Sun would see a solar eclipse at the same time if the Earth was flat. However, we know this never happens because of the curvature of the Earth.

However, flat-Earthers have claimed that the same solar eclipses which prove the Earth is round actually prove that it’s flat. Flat-Earthers say the Moon would cast a larger shadow on the Earth during solar eclipses if our planet was round. We know this is what would happen if the Sun was much smaller and very close to the Moon. 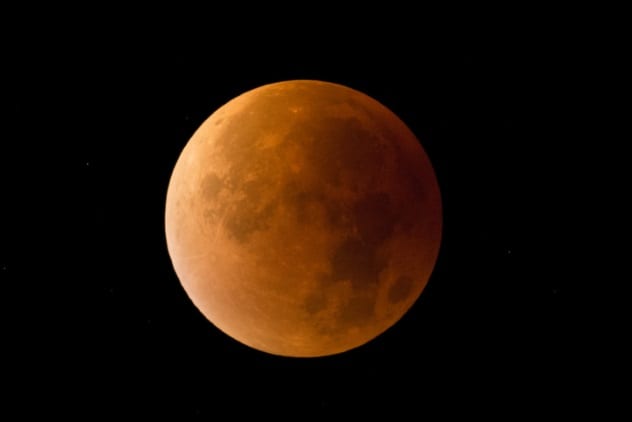 Lunar eclipses are another definitive point of evidence for the Earth being round. However, flat-Earthers have tried using them to prove the flatness of the Earth, just as they did with solar eclipses.

Flat-Earthers do not know what this mysterious object is, but they think it only visible when in between the Earth and the Moon. They speculate it is some unknown object orbiting between our world and its satellite, perhaps some other planet or asteroid. However, astronomers have already confirmed that no planet can ever come in between the Moon and Earth.[5] 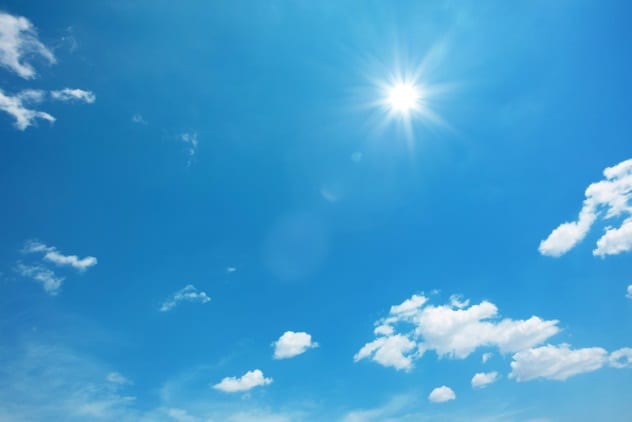 The Earth experiences two equinoxes every year, the first in March and the other in September. The Sun shines directly at the Equator on both days, causing day and night to be of roughly equal lengths. Equinoxes are possible because the Earth is round and has an axial tilt.

Equinoxes prove the Earth is round. But the flat-Earthers disagree. They say equinoxes exist because the Sun is right above the Earth and orbits the North Pole, which is actually the center of the world. Flat-Earthers add that the Sun is much smaller than we think.[6] 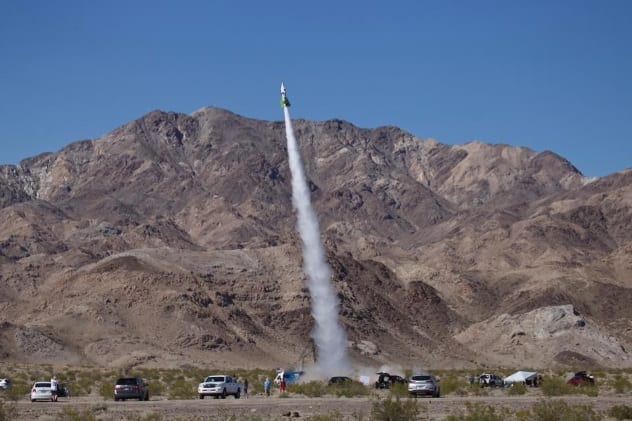 Mike Hughes wants to travel to space so that he can finally prove the Earth is flat. To achieve his pipe dream, he built a rocket right in his backyard. The rocket is not perfect and is just a working prototype. It cost $20,000 and was built with scrap metal.

Hughes tested his rocket in March 2018. It (and Hughes) went 572 meters (1,875 ft) into the air before the rocket’s parachute deployed, and it glided back to the ground. It landed hard, injuring Hughes. However, he suffered no permanent damage and probably returned to working on his rocket when he got better.[7]

3 Another Flat-Earther Wants To Launch A Satellite Into Space 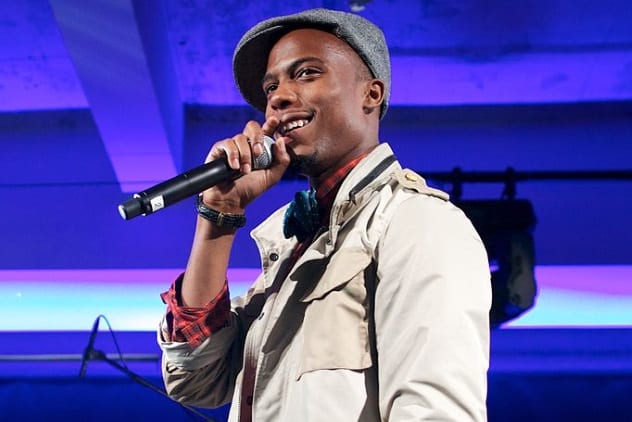 Rapper Bobby Ray Simmons Jr. (aka B.o.B), is another flat-Earther. Unlike Hughes, who wants to see the Earth from space, B.o.B wants to launch a satellite and take pictures of the flat Earth. Also unlike Hughes, B.o.B is trying to crowdfund the satellite, probably because he is keeping his own money for more realistic projects.

On September 21, 2017, he launched a GoFundMe page, seeking $1 million to launch one or more satellites into space. The page is called “Show B.o.B The Curve.”[8]

Some speculators have pointed out that B.o.B does not have the expertise to build satellite or a rocket even if he raises the money. This means the construction and launching will be handled by businesses that believe the Earth is round, which kind of taints the whole thing. The campaign had managed to raise $6,924 as of the writing of this article. 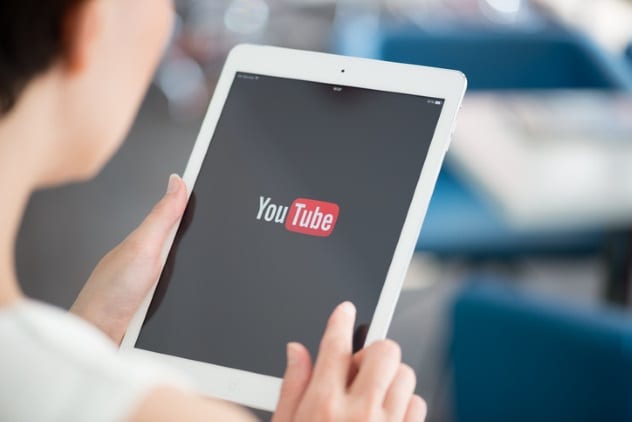 We have been seeing an increase in flat-Earthers lately. In fact, there are so many out there that they now hold annual conferences. In 2017 and 2018, a group of researchers from Texas Tech University got curious and wanted to understand why we’ve seen an unprecedented rise in flat-Earthers.

The researchers attended a flat-Earther conference each year and interviewed 30 flat-Earthers. Of those 30, 29 said they believed the Earth was round until they watched YouTube videos “proving” the Earth is flat. Notably, they were watching conspiracy videos involving 9/11 and the Moon landings when YouTube auto-played the flat-Earth videos.

The videos auto-played because of YouTube’s algorithm. YouTube later clarified that it would reduce the amount of “borderline” content (that is, controversial videos like the flat Earth theory and snake oil treatments, which are often lies) it recommends to its users. YouTube says it cannot ban flat-Earth videos because they can’t ban content just for being false.[9] 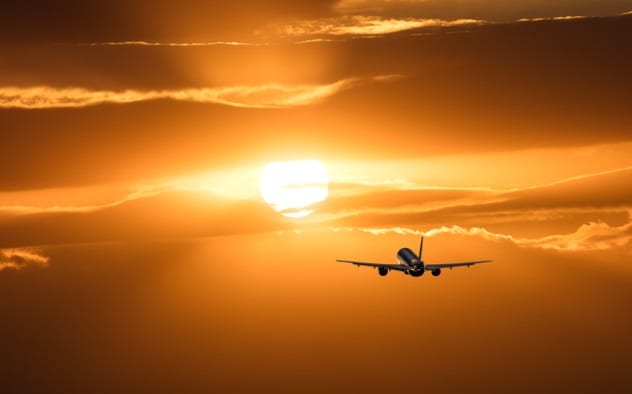 We already mentioned that many flat-Earthers believe there is a ice wall surrounding the edge of the Earth. What we did not mention is that they think the wall is actually Antarctica. They also believe that the Arctic is at the center of the Earth.

However, the problem with the ice walls—and every other wall—is that they can be scaled. People will also fall off the edges. Flat-Earthers say nobody has fallen off the edge of the Earth because NASA has agents guarding the wall to stop people from climbing it in the first place.

A more obvious problem with the flat Earth theory involves airplanes. Airplanes should travel into space the moment they fly over the walls and the edge of the Earth. Besides, a flat Earth would make it impossible for airplanes to take off from one point, fly around the world, and return to that point without turning. So what’s happening?

In 2018, Darren Nesbit, a flat-Earther, suggested airplanes return to their start point and don’t fall off the edge of the Earth because they probably teleport or enter a wormhole when they reach the edge. Then they are transported to the opposite end from that edge.

Nesbit explained his theory with what he called the “Pac-Man effect.” Nesbit mentioned that airplanes teleport in the same manner that the ghosts in the classic video game Pac-Man get teleported when they enter one end of the screen and appear at the other.[10]

Another flat-Earther, Connor Murphy, has a more imaginative opinion. He says the Earth isn’t flat but domed, making it a half-sphere or something of that sort. The Earth has no edge, either. Instead, we are all locked inside the dome, so nobody can fall off the end of the Earth.

Read more about the wacky idea of a flat Earth on 10 Absurd Claims Of Modern Flat Earth Conspiracy Theorists and 10 Ways Life Would Be Different If The World Was Flat.