Japan has one of the busiest and most efficient rail systems in the world. This might be surprising, given that high passenger volume and efficiency don’t always go hand in hand. That efficiency is achieved in some ways you might not expect, and train companies employ a wide variety of tactics to keep things operating smoothly.

There’s more to Japan’s trains than running on time, though. From train companies charging relatives of suicide victims for delays to trains that bark like dogs, here are ten surprising facts about Japan’s railway system. 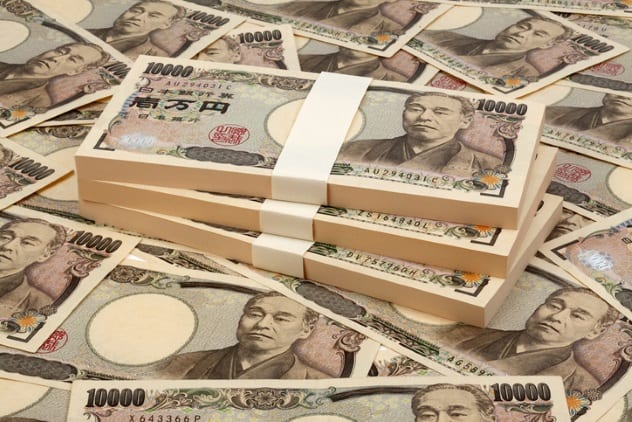 Tens of thousands of people commit suicide in Japan every year. A good number of these people kill themselves by jumping in front of oncoming trains. These suicides usually cause delays on the affected lines. For the train companies, delays cost money. As a result, they charge the living relatives of the suicide victims for the delays.

The companies do not disclose information about this policy for obvious reasons. Basically, however, longer delays mean higher charges.[1] As of 2010, the average bill was six million yen. Interestingly, suicide by train is closely linked to falling house rents. Houses generally become cheaper along lines where suicides by train are common.

The woes of a landlord can be worsened whenever a person commits suicide inside their property. Landlords often have a hard time concealing this fact because Japanese law requires them to inform prospective tenants of previous suicides. Many landlords will also charge families of the suicide victims. 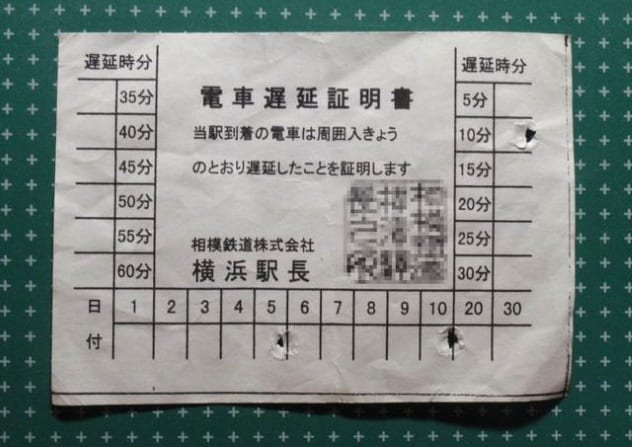 Despite having one of the world’s largest rail systems by passenger travel, Japanese trains are actually very punctual—so punctual that train companies issue apologies and delay certificates when their trains are even a little late. Station workers will apologize for two-minute delays and hand out delay certificates when the train is five minutes late.

The delay certificates are necessary because schools and employers do not tolerate tardiness. It is usually difficult to convince employers and teachers that the train was late (since they rarely are), so the train companies issue the certificates to be tendered as evidence.

Japanese train drivers, conductors, and station workers will usually point and call out information whenever a train enters or leaves a station. The habit seems weird because they are talking to nobody. This is known as shisa kanko (“pointing and calling”), a tactic used to prevent mistakes and accidents.

The idea is that workers are more conscious of whatever they are doing when they point and call. For instance, drivers will usually point and call out their speed during speed checks. So it is normal to hear a driver point at their accelerator and shout, “Speed check, 80.”

Station workers who check for debris and people around departing trains will point at the track while shouting, “All clear.” They do the same thing when they confirm the doors are properly shut.

Pointing and calling has been used in Japan since the early 20th century. A study shows that it reduces mistakes by 85 percent. It is so effective that it has been adopted by other Japanese businesses outside the railway and other railways outside Japan. This includes New York City, which adopted a modified version of the practice in 1996. Instead of pointing and calling, train drivers point at a black and white “zebra board” to confirm that their train is correctly stopped.[3] 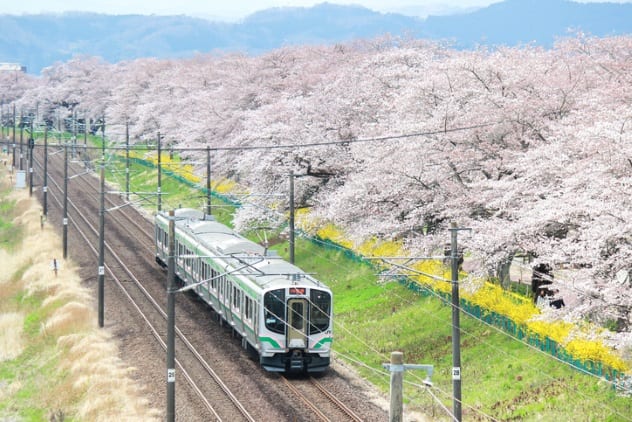 In Japan, deer will usually walk onto train tracks to lick the railings for iron particles. This has proven fatal for deer that get so engrossed in licking the tracks that they do not realize a train is coming. To reduce collisions, train companies have employed some unorthodox tactics.

They have smeared lion feces on the tracks in areas where deer are often spotted. That plan failed because rain washed the feces away. A second plan involved the the use of ultrasonic waves which only switched on when a train was nearby.

The Railway Technical Research Institute (RTRI) came up with another ingenuous idea. They simply installed a speaker to play deer and dog sounds on a train. The speaker makes the snort sounds of a deer for three seconds whenever a deer is spotted. This sound is used to get the deer’s attention.

The snort is quickly followed by 20 seconds of a barking dog that will usually cause the deer to scamper for safety. During tests, the number of deer that remained near the tracks when the train approached was halved. The institute also plans to install permanent speakers of barking dogs in areas where deer are often spotted.[4]

Japan’s trains are often overcrowded during the morning and evening rush hours, when millions of people use the trains at once. To get as many people in the trains as possible, train companies employ pushers, who they call oshiya.

Pushers do exactly what their names suggest. They push people into trains. They also have the secondary role of stopping commuters from entering full train cars. Pushing is actually a complicated profession despite how easy the job sounds. Training alone takes as long as six months. Pushers are required to inform commuters before they start pushing and only push gently by the back or shoulder.

They are also required to push with both hands so that they can be balanced, and they must have good footing so that passengers trying to get onto the train won’t push them inside. Becoming a pusher is not a viable career route because it is a part-time job. Pushers only push during the rush hours.[5] 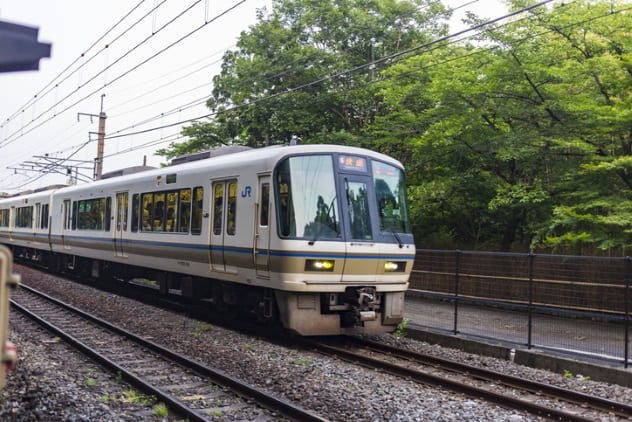 We have already mentioned that Japanese trains are not allowed to be late. As it turns out, they are not allowed to be too early, either. In November 2017, a company apologized to commuters after its train on the Tsukuba Express line (which runs between Tokyo and Tsukuba) left the station 20 seconds early.

The train was supposed to leave the station at 9:44:40 AM but left at 9:44:20 AM because one of the workers forgot to check the timetable. The apology was necessary because of the same reliability the trains are known for. Twenty seconds is enough for last-minute commuters—who know the trains are always on time—to board.

However, there were commuters on the platform. The disappointed would-be passengers called the train company, which issued a public apology.[6]

Japanese trains don’t honk when they leave the station. They play melodies instead. These melodies are called hassha merodi (“melody for train departure”). The melodies could be the jingles of popular anime, theme songs of popular movies, or the songs from old advertisements.

The melodies can also be specially made by composers. Minoru Mukaiya, one of the most famous melody composers, has composed melodies for over 100 train stations. He is so famous that people attend his concerts just to hear him play the melodies.

Train companies use the melodies as part of a psychological attempt to make commuters get on board quicker. It is assuring because commuters know the doors of the trains will not close while the music is playing. At the same time, it makes other commuters prepare for the arrival of the next train.[7]

3 They Have Women-Only Cars 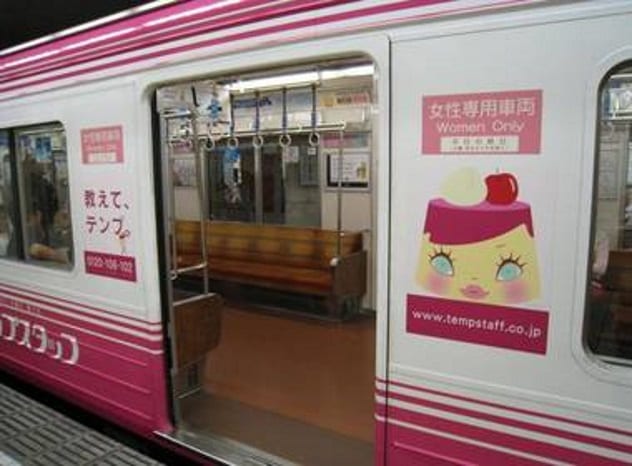 Groping is a problem on Japan’s overcrowded trains. The Japanese even have a name for men who grope women during train rides: chikan, a word which also refers to the act of groping. To reduce groping incidents, several train companies introduced women-only train cars.

Although the cars are meant for female commuters, young boys, physically challenged men, and male caregivers are also allowed on board. Not all train companies have women-only carriages, and those that do don’t always keep them operational all day. Some train companies only operate them during weekends or rush hours.

Some men and women have demanded male-only cars in response to the women-only cars. Men say they want male-only carriages because they fear women in the mixed cars falsely accusing them of groping.

Japanese men also complain that women on mixed carriages look at them suspiciously and consider them potential gropers.[8] In fact, some men say the existence of women-only cars is evidence of the fact that women consider all men guilty of chikan. 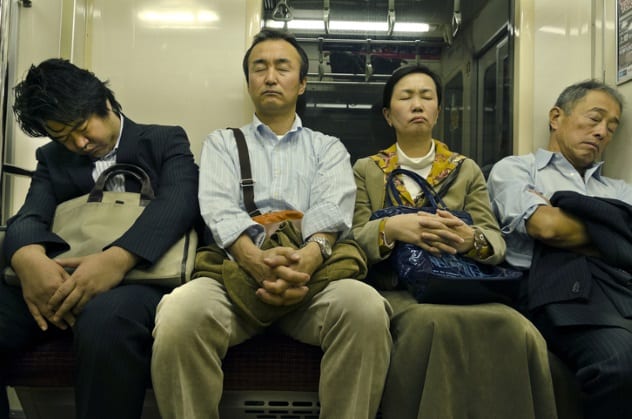 Americans might be surprised by the ease with which Japanese people sleep on trains. In fact, they sleep everywhere—from park benches to meetings (yes, meetings). They even have a name for it: inemuri (“sleeping while present”). Sleeping in public is so normal in Japanese culture that it is considered rude to wake a sleeping person.

Japanese sleep during the day because they work hard and long and often do not get enough sleep at night. They make up for this by sleeping at work. Workers who sleep at work are considered to be more dedicated to their work than themselves. They’re sleeping because they’ve worked themselves into exhaustion, essentially.[9] 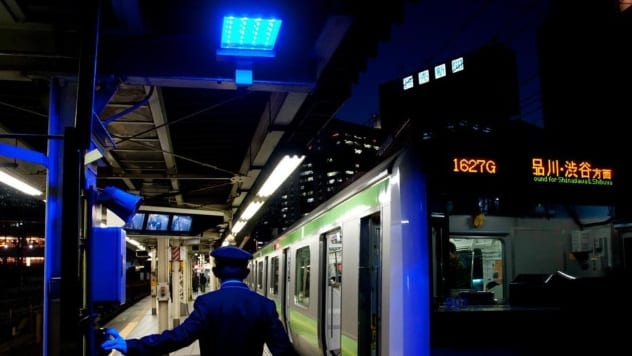 Blue lights were chosen because of the belief that the color blue makes people calmer and could make people attempting suicide reconsider. The lights seem to be working. In 2013, it was reported that suicides by trains dropped by as much as 84 percent after the lights were installed.

However, this is inconclusive because the lights could not have prevented suicide during the day, when they are barely noticable. Some stations even turned the lights off during the day. Other researchers believe the lights only reduced suicide by 14 percent. They also say protective barriers on the edges of platforms would prevent suicide better than blue lights.[10]

Read about more aspects of Japan on 10 Reasons Japanese Geisha Aren’t What You Think and 10 Strangest Japanese Foods.