There have been countless nuclear weapons tests since the first nuclear device was detonated. While most of these tests and the stories related to nuclear weapons have been very ordinary, because they’re basically just massive explosions either underground or in the atmosphere, there are some very interesting but obscure stories from the history of nuclear testing. 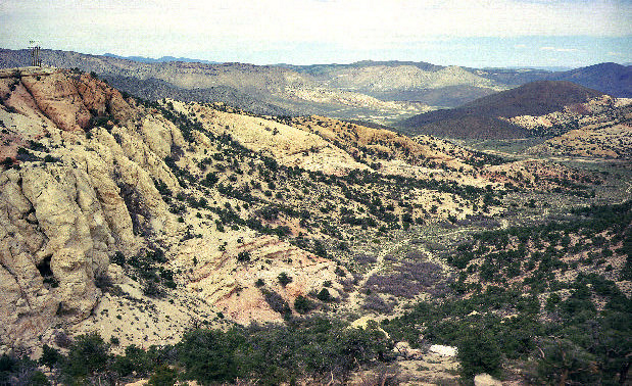 In 1984, the Midas Myth nuclear test was conducted 361 meters (1,184 ft) underground in the Nevada Desert. Several equipment trailers were situated over the detonation site in order to collect data about the test. Immediately after the test, after no radiation had been detected above the detonation site, teams of technicians moved in to remove the cables leading down into the borehole where the nuke had been lowered.

However, three hours and 13 minutes after the test, the area above the underground chamber that the nuclear weapon had created suddenly collapsed, forming a crater more than 100 meters (330 ft) across and 5 meters (16 ft) deep at its deepest point. Caught by surprise, 15 personnel working at the trailers were injured, one of whom later died. The subsidence also destroyed valuable and expensive monitoring equipment. Unprepared for such an emergency, the teams on the ground were overwhelmed, and the response wasn’t well-coordinated. 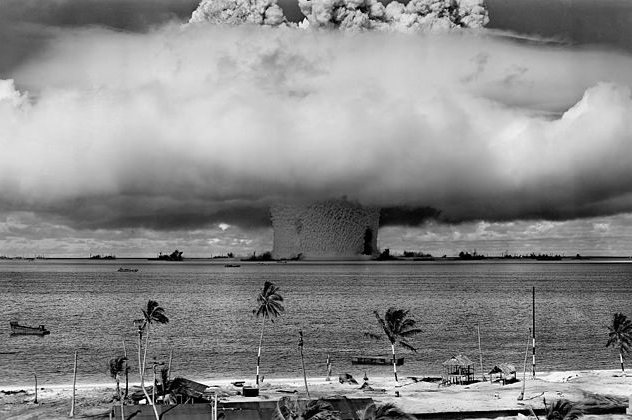 Operation Crossroads was a series of nuclear tests in 1946. It was a collaborative project between the US Army and Navy to test the effect of nuclear weapons on ships as well as investigate the mushroom clouds that resulted from nuclear explosions. Even back then, the US military had some idea about of the dangers of radioactivity, so they didn’t order pilots to fly into the mushroom clouds. Instead, remote-controlled drone aircraft were used.

The Navy used remote versions of their F6F fighter aircraft, while the Army opted for the B-17 Flying Fortress. The B-17s modified for Operation Crossroads were able to land and take off remotely without guidance by an onboard pilot, a very impressive technological feat for the time. The drones were guided by pilots flying in aircraft alongside the drones and entered the mushroom cloud formed by the nuclear explosions mere minutes after the blasts. 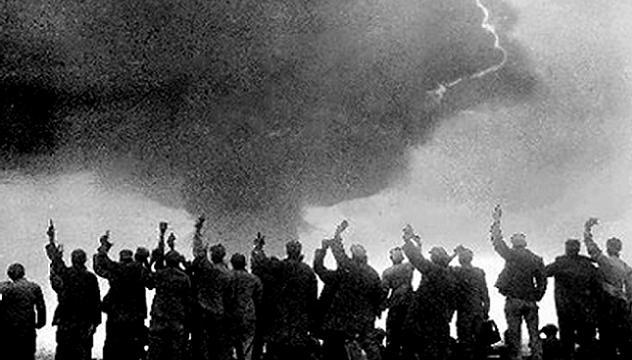 From the 1960s to the 1980s, the Chinese government conducted aboveground nuclear weapons tests in the deserts of Xinjiang. These tests lifted a large amount of radioactive particulates into the air, which would rain down upon the people living in nearby towns and villages as dust storm–like clouds. The population was ignorant of the danger of radiation and instead welcomed the nuclear tests because their province was being selected for the advancement of Chinese technology.

7 The Fogged Kodak Film That Gave Away Trinity 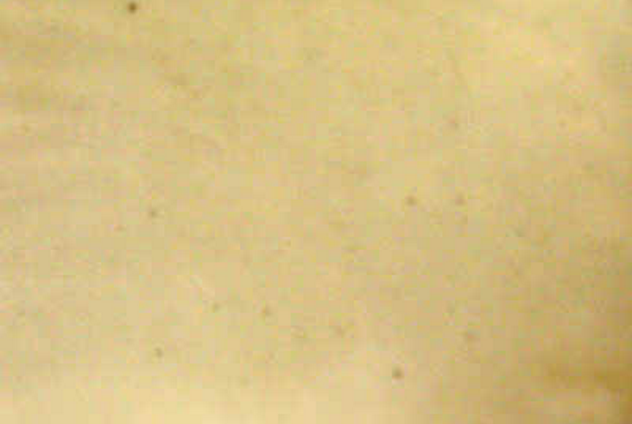 This arrangement worked until August 1945, when Kodak employees noticed that the film was fogging. Investigating the phenomenon, one of the scientists working for Kodak determined that there must have been a nuclear explosion on US soil. As the Trinity Test was still top secret at this time, this was a huge discovery. The scientist wisely kept his find to himself until 1949, and Kodak put air filters on their film manufacturing facilities to keep out radiation. 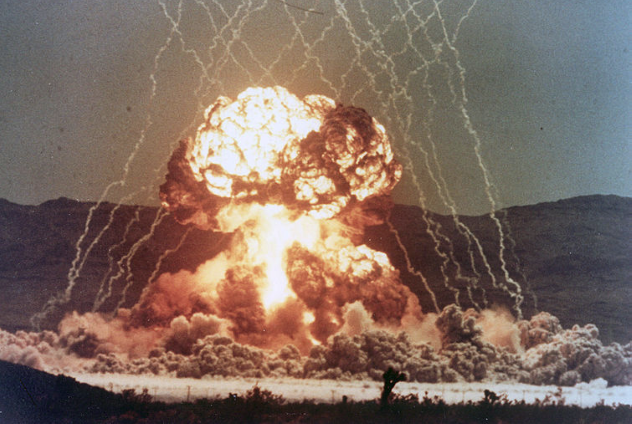 To answer whether various beverages would be safe to drink after a nuclear war, the US government commissioned a study in 1957 called “The Effect of Nuclear Explosions on Commercially Packaged Beverages.” Cans and bottles of beer, soda, and carbonated water were placed various distances away from ground zero. They were buried, placed on wooden boxes, or simply laid on the ground. The closest can was located a mere 300 meters (1,000 ft) away.

After the 30-kiloton device exploded, most of the bottles survived, although some had been crushed by debris or fell to the ground and shattered. The cans and bottles closest to the detonation were slightly radioactive but judged safe for emergency use. The radiation had also altered the taste of the beers closest to the explosion for the worse, although only slightly. 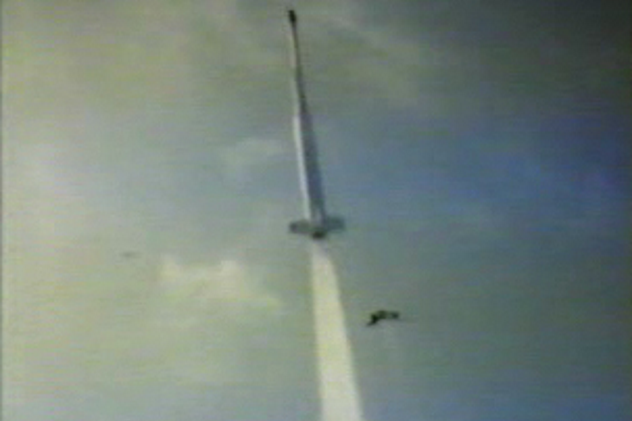 Photo credit: US Department of Energy

Operation Argus, conducted in 1958 off the coast of South Africa, was the only secret aboveground nuclear test ever conducted by the United States. Operation Argus sought to test the scientific theories of physicist Nicholas Christofilos, who proposed that charged particles from nuclear explosions in space could create artificial radiation belts around the Earth.

Artificial radiation belts were indeed detected. Although they soon dissipated, they proved the concept, paving the way for further nuclear testing, including the infamous Starfish Prime test 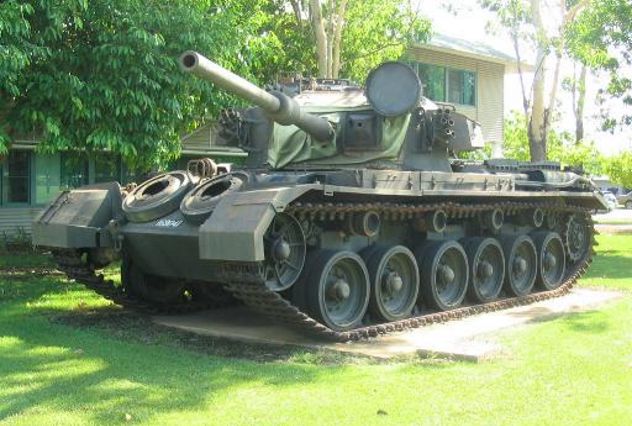 In August 1953, an Australian Centurion tank was placed about 450 meters (1,500 ft) from the epicenter of a nuclear explosion. While old and outdated military equipment had previously been used in nuclear tests, the Centurion was an advanced frontline tank at the time. The test site, Emu field, was so remote that getting the tank itself to the test site was a huge logistical challenge. Before the test, the tank’s engine was turned on, and other preparations were made to make it as close to a tank functioning on the battlefield as possible. No one expected it to survive the 9-kiloton blast.

The explosion didn’t vaporize the tank. It did blow off and damage all the equipment outside the hull, tore open the hatches, and blasted the front of the tank. The entire tank rolled backward 1.5 meters (5 ft), and the engine continued to run until it ran out of fuel. While a human crew would have certainly been killed, the tank itself would have still have been combat-capable.

A few days later, a crew drove the tank back to a military base, where it was finally decontaminated. The tank was returned to service and would later fight in the Vietnam War, where it survived an RPG hit with only minor damage.

3 The Last Nuke Of Semipalatinsk 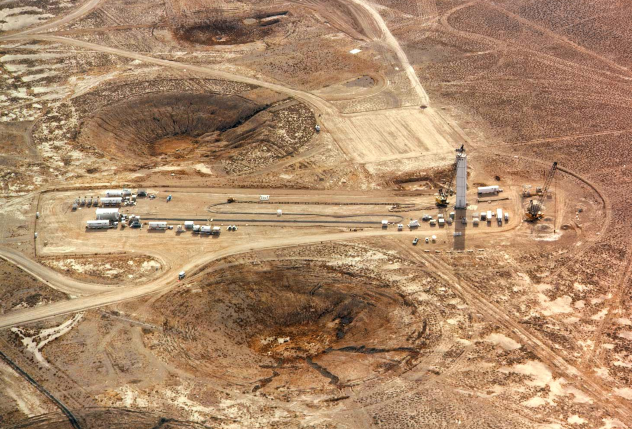 Kazakhstan’s Semipalatinsk region was used by the Soviet Union for nuclear testing from 1961 until 1989. Underground nuclear explosions were not well-contained at Semipalatinsk, and a lot of radioactive particles escaped into the atmosphere over the years and also contaminated the Semipalatinsk site itself. This presents an ongoing challenge to both the US and Russia, both of which have struggled to clean up the site.

While the last nuclear explosion at the site happened in 1989, the Soviet Union brought a final nuclear weapon to the site during its final days in 1991. The tiny, 0.3-kiloton nuke was meant to test how military equipment stood up to radiation. Left 125 meters (410 ft) underground, the nuclear weapon was abandoned when Kazakhstan gained its independence. It wasn’t until four years later that the device was destroyed with explosives by a joint Russian-Kazakh team, putting an end to the Cold War relic. 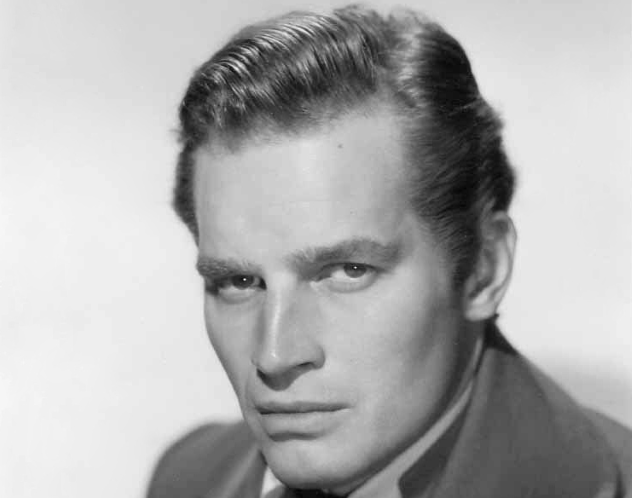 A lot of nuclear tests were filmed for scientific analysis and made into classified videos. When a scientist complained to the head of the film and video division at Los Alamos about the poor narration in one of the videos, the head jokingly asked the scientist whether he would like then-famous actor Charlton Heston to narrate the films. When the scientist said yes, the head actually called Heston and asked him to narrate films produced by Los Alamos, including footage of nuclear tests.

To everyone’s great surprise, Heston agreed to narrate top secret films basically for free, and he was given a Q-rating, the civilian equivalent of the highest level of military clearance. One advantage of having Heston narrate the rather boring and technical films was that the people watching would be more interested in the films themselves. 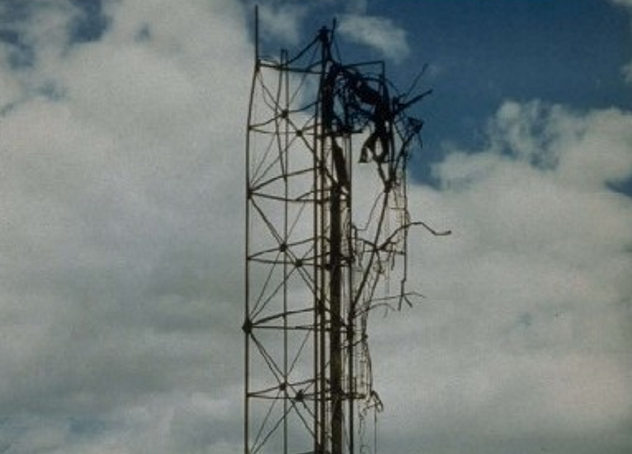 Theorized by Robert Oppenheimer in 1939, the uranium hydride bomb was a potentially revolutionary type of nuclear weapon that used deuterium and fissionable uranium to create a self-sustaining nuclear chain reaction with a lower critical mass of uranium. In the early 1950s, Edward Teller, the creator of the hydrogen bomb, promoted the design as a potential way for nuclear weapons to become more compact and efficient. The uranium hydride bomb was the Lawrence Livermore National Laboratory’s first project.

In March 1953, just six months after Livermore was created, the first device was ready. Placed on a tower 90 meters (300 ft) above the ground, the device was expected to have a yield of 1.5–3 kilotons. Instead, the device yielded only 0.2 kilotons, failing to even destroy the fragile tower (pictured above). This embarrassed the scientists involved, and led to teasing from nearby Los Alamos personnel.

The next test was more successful and managed to level the 30-meter (100 ft) tower it was placed on. Aside from embarrassing Lawrence Livermore National Laboratory, the tests proved that the uranium hydride bomb was not a feasible weapon.