Following recent assertions by some investigators that the pilot of Malaysian Airlines Flight 370 intentionally crashed his plane into the Indian Ocean, the act of suicide-by-pilot has come underneath the microscope once again. Although not a frequent occurrence, there is a history of suicide-by-pilot that makes for disturbing reading. 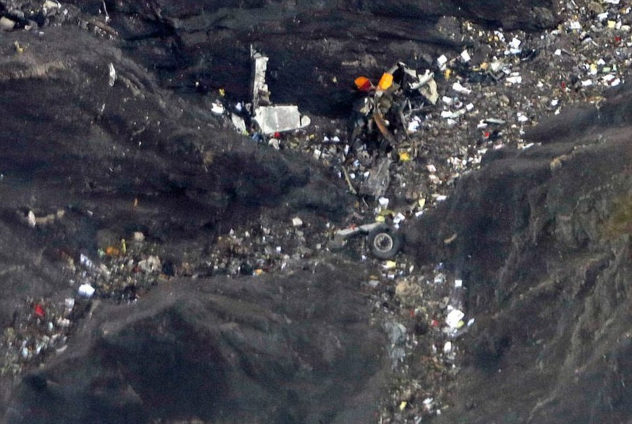 Germanwings Flight 9525 crashed into the French Alps on March 24, 2015. Investigators quickly determined that the plane, which was scheduled to fly from Barcelona to Dusseldorf, was intentionally flown into a mountain range by copilot Andreas Lubitz. In total, 150 people died in the crash.

Shortly after making final contact with air traffic control at 9:30 AM, the pilot left the cockpit. At this point, the plane’s altitude was 12,000 meters (38,000 ft). Lubitz then locked himself in the cockpit and changed the flight monitoring system in order to put the aircraft into descent.

Prior to the crash, investigators found that Lubitz had researched the terms “suicide” and “cockpit doors” online, and he’d also been treated for “suicidal tendencies” before he’d received his pilot’s license. 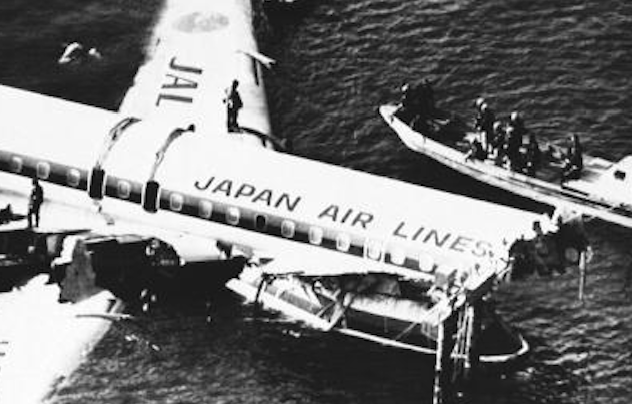 Photo via A dose of Theodore Dalrymple

In 1982, 35-year-old Captain Seiji Katagiri came very close causing an even greater disaster. The pilot, who had a history of mental illness, including indications of possible psychosis or sociopathy, deliberately crashed his plane. Copilot Yoshifumi Ishikawa and flight engineer Yoshimi Ozaki fought Katagiri to regain control of the plane and stop it from nosediving but failed to do so. Ultimately, the plane crashed into Tokyo Bay, killing 24 of the plane’s 166 occupants.

Amazingly, although airline doctors had once found Katagiri fit for duty, he was declared not guilty by reason of insanity during his trial. After spending several years in a mental hospital, Katagiri lives today with his wife in a house within sight of Mount Fuji. 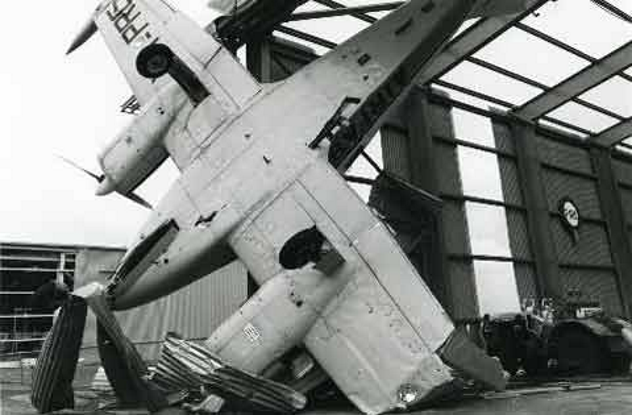 By all accounts, Colin Richard Forman was a troubled individual. A Brit who immigrated to Australia in the early 1970s, Forman managed to obtain a pilot’s license despite obvious signs of mental instability. As the years passed, his imbalance steadily grew worse. What eventually sent Forman over the edge was his firing from Connair after they learned of his earlier conviction for trying to forge a Qantas ticket back home to England.

Believing that Connair boss Roger Connellan was personally responsible for his misfortune, Forman destroyed his apartment in Mount Isa sometime on Monday, January 3, 1977. When police broke into the one-bedroom flat, they discovered that besides destroying most of his apartment’s furniture, Forman had also written the words “Sentenced to death” in red ink in a logbook.

On January 5, Forman stole a Beechcraft 58 Baron in the town of Wyndham and flew to the Alice Springs Airport. There, at 11:00 AM, he crashed the aircraft into the Connair hangar, killing four people. 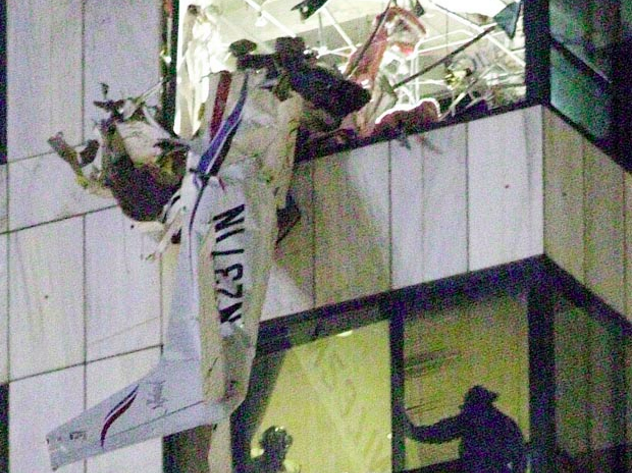 Photo via The Dallas Morning News

Charles J. Bishop, age 15, wasn’t a licensed pilot, but he was in the process of earning his credentials when he decided to do something vile. At around 5:00 PM on January 5, 2002, while performing a routine preflight inspection at the St. Petersburg-Clearwater International Airport, Bishop’s private instructor left him alone inside of the plane. The unattended Bishop started the engine on the Cessna 172R and took off without permission. This action immediately touched off a panic, and various air traffic control towers in Florida were contacted, along with MacDill Air Force Base.

After a brief chase, Bishop flew his plane into Tampa’s Bank of America Plaza, killing himself in the process. Following the incident, police uncovered a note written by Bishop that praised Osama bin Laden for the September 11th terror attacks. In a strange twist, Bishop’s family filed a $70 million lawsuit against the makers of Accutane, an acne medication which they claimed damaged their son’s mental state. 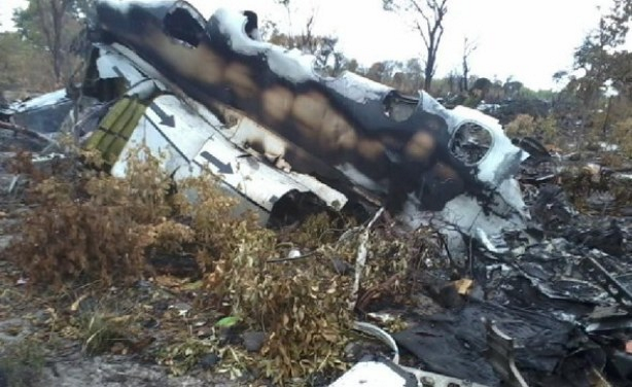 On November 29, 2013, while en route from Maputo International Airport to Quatro de Fevereiro Airport in Luanda, Angola, TM470 Captain Herminio dos Santos Fernandes altered the plane’s autopilot in order to steer the aircraft directly into the swamps of Namibia’s Bwabwata National Park. As with many other suicide-by-pilot incidents, Fernandes locked himself inside the cockpit in order to crash the aircraft without resistance. When the plane finally crashed after dropping from 12,000 meters (38,000 ft) to 180 meters (592 ft) and losing speed, all 33 people onboard were killed.

While LAM is not a well-regarded airline and is in fact banned from flying in Europe, the crash of Flight 470 was the airline’s first major crash since the 1970s. To this day, Fernandes’s motivations have never been made clear. At best, people have been left to conjecture that the pilot was suffering from domestic issues and resultant depression.

5 Attempted Attack On The White House 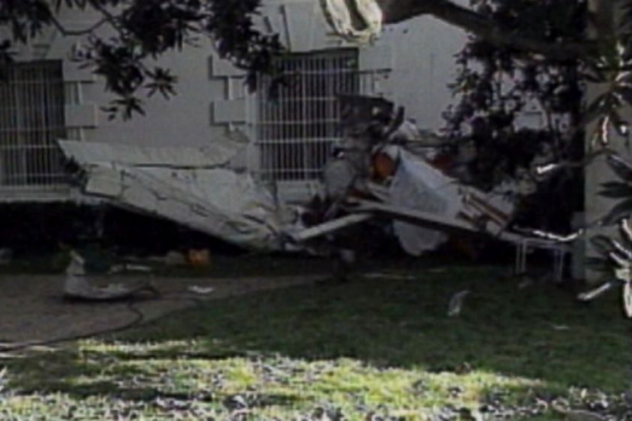 At 2:00 AM on September 12, 1994, a Maryland truck driver and former Army soldier named Frank Eugene Corder crashed a Cessna 150 on the South Lawn of the White House. The two-seat, propeller-driven plane only managed to hit several magnolia trees despite coming close to the building.

Following the crash, which killed Corder, authorities learned that the plane had been stolen. Corder was a known alcoholic with a prior drug conviction and a history of financial and marital issues. Furthermore, upon analyzing the plane’s flight path, authorities also proclaimed that Corden’s goal was to crash into President Clinton’s bedroom.

Although Corder’s suicide did relatively little damage, his ability to enter restricted airspace with Secret Security members present forced the US government to conduct a serious review of security at the White House. 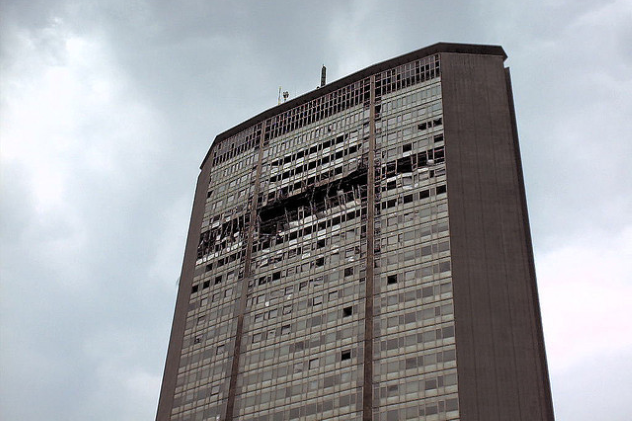 Although it has never been officially confirmed as a case of suicide-by-pilot, the April 18, 2002, crash at the Pirelli Tower in Milan, Italy, certainly has plenty of circumstantial evidence that points to suicide as being the driving motivation.

At precisely 5:48 PM local time, a single-propeller Rockwell Commander 112 TC aircraft struck Milan’s tallest building. The structure, which formerly hosted the headquarters of the Italian tire and cable company Pirelli, was left with a large, smoking gash in its exterior. All told, three people were killed (including the pilot), and over 20 were injured.

Because the crash occurred eight months after the September 11th attacks and so closely resembled the actions of al-Qaeda, many initially blamed the crash on terrorism. Not long thereafter, many began examining the life of pilot Luigi Gino Fasulo, a 65-year-old man with a recent string of financial difficulties. Fasulo’s son, Marco, told Italian newspapers that the crash was an act of suicide. 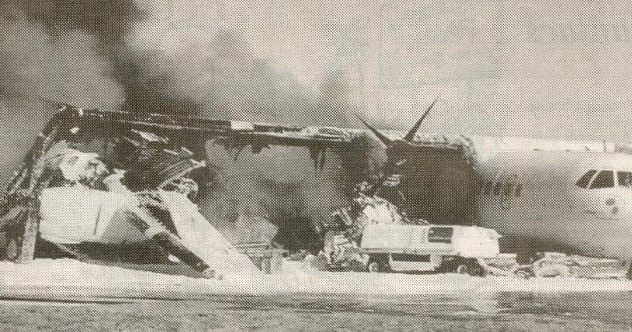 Photo via the Bureau of Aircraft Accidents Archives

In one suicidal mission, pilot Chris Phatswe destroyed all but one of Air Botswana’s airplanes.

On October 11, 1999, Phatswe took command of an Aerospatiale ATR 42-320 and took off from Gabarone’s Sir Seretse Khama airport. For nearly two hours, Phatswe circled the skies alone before radioing the control tower with the announcement: “I intend to kill myself.” After a long series of conversations that included Phatswe getting an audience with Botswana’s vice president, he crashed the plane on the tarmac, thereby killing himself and taking out two other ATR-42s.

Within hours of the crash, newspapers around the world described Phatswe as “disgruntled” and angry at Air Botswana officials for suspending his flying privileges due to ill health. Others have highlighted issues such as depression and general mental illnesses. Even today, Phatswe’s motivations have never been fully determined. 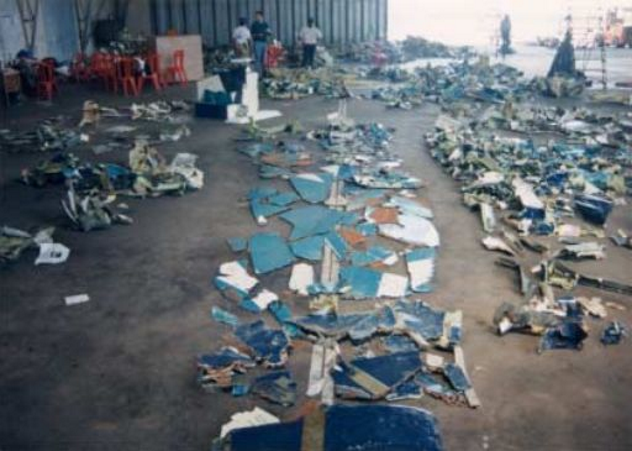 The crash of SilkAir’s Boeing 737 on December 19, 1997, baffled crash experts then and continues to baffle some today. Flying in good, clear weather, the plane gently cruised 11,000 meters (35,000 ft) above Indonesia en route to Singapore Changi Airport. Then, without warning, the plane nosedived at supersonic speeds. When it hit the Musi River in the Indonesian city of Palembang, all 104 people onboard died instantly. The fact that the plane was brand new and was owned and operated by an airline company with a reputation for safety and high maintenance only added to the mystery.

However, when investigators began probing the evidence, they discovered that at 4:05 PM, Captain Tsu Way Ming left the cockpit and went to the passenger cabin for a drink of water. The plane was then left in the hands of copilot Duncan Ward. Within seconds, the plane’s recorder died. At 4:11 PM, some six minutes after the cockpit voice recorder stopped working, the automatic flight-data recorded also stopped working. Although an official Indonesian report claimed that the crash was an accident, US investigators asserted that Ming deliberately disconnected the integral equipment in the cockpit and did nothing to stop the plane’s rapid descent. 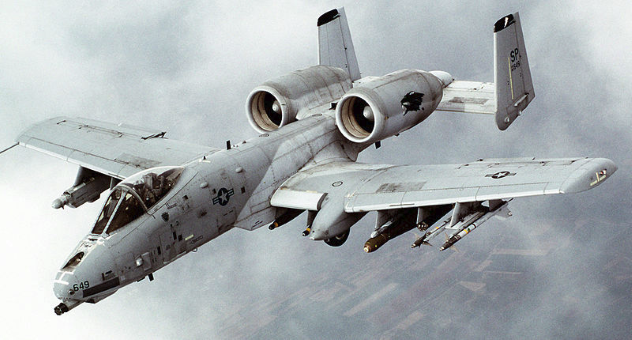 The Craig D. Button incident of April 2, 1997, defines the phrase “mysterious circumstances.” On that date, Button, a US Air Force captain, inexplicably flew his A-10 Thunderbolt II miles off course and cut all radio contact. Before long, the plane crashed into Gold Dust Peak near Edwards, Colorado.

In lieu of any other leads, Air Force investigators and their civilian counterparts began looking into whether or not Button was suicidal. As it turned out, evidence suggested that Button’s personal life was in turmoil. Button was reportedly worried that a homosexual affair involving another pilot at Davis-Monthan Air Force Base was about to be made public. Such evidence contradicted earlier theories surmising that Button’s suicide flight was due to everything from his “unrequited love” for a former girlfriend to his mother’s belief in pacifism as a member of the Jehovah’s Witness faith.