Many of us will recognize the majority of names on this list, having learned about their integrity, honor, and imprint on American history. However, many of the trivial and unflattering details of their lives are often left out of the classroom. The following stories relate astonishing facts that few of us know about 10 Founding Fathers of the United States of America.

10 Prison For An American Hero 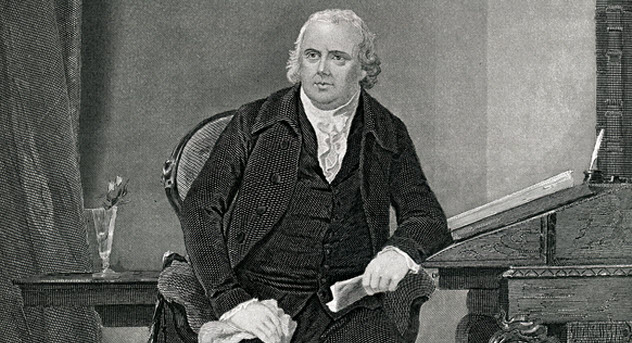 Robert Morris, a Founding Father who signed the Declaration of Independence, Articles of Confederation, and the United States Constitution, was known as the “Financier of the Revolution.” Without Morris, the colonies would have failed to secede from British rule. Nevertheless, he spent a few of his final years behind bars.

Upon his retirement, Morris embarked on risky investments, one of which was building a mansion designed by renowned architect Pierre L’Enfant. When the market crashed, Morris couldn’t make the interest payments and taxes owed on the estate, and in February 1798, a creditor had him arrested.

He was incarcerated in a Philadelphia debtor’s prison for 3.5 years, only to be released following the passage of a federal bankruptcy law. Sadly, in his final years, his wealth was gone and he lived on a small pension that his cousin had arranged for his wife, Mary. 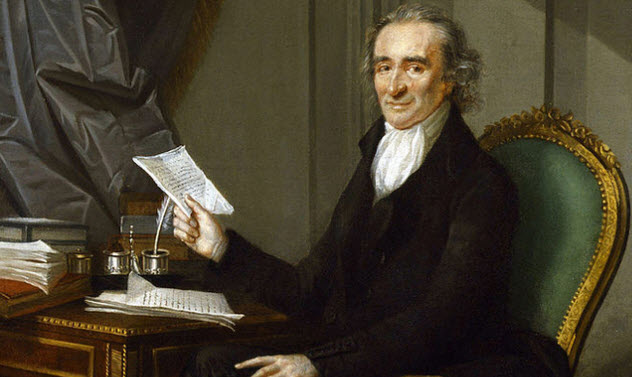 Thomas Paine—Founding Father, author, and hero of both the American and French Revolutions—spent his final years as an alcoholic who died broke and alone. Only six people attended his funeral in 1809.

Paine had fallen out of public favor because he opposed organized religion and disagreed with the country’s elites. His burial wishes were disregarded, and he was laid to rest in a modest grave on his farm.

A decade later, William Cobbett disinterred Paine’s remains without permission and brought them to London with the hope of giving Paine a proper and honorable burial. Cobbett’s grand plans, however, never materialized.

Paine’s bones were passed down to Cobbett’s descendants and scattered across the world after being sold off piece by piece. Today, it is said that Paine’s head is in Australia while the rest of his remains are at the four corners of the world.

8 The Suffering Of Benjamin Franklin 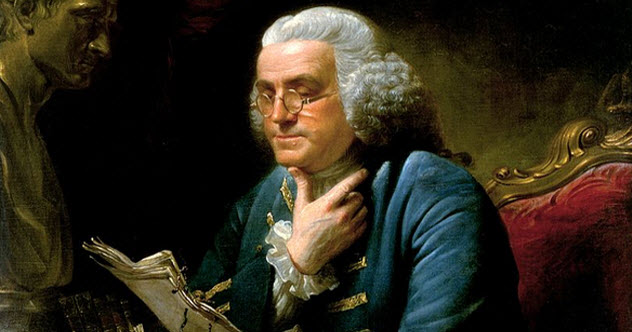 When the Europeans arrived in North America, they brought crude opium, either alone or dissolved in liquid. The drug was highly regarded as a means to diminish pain and often abused by colonists, including Founding Father Benjamin Franklin.

Few know of Franklin’s physical suffering in his last years of life, much of which was attributed to a kidney stone. During his final 12 months, he was confined to bed.

To treat Franklin’s unbearable intermittent pain, Dr. John Johns provided Franklin with laudanum, a mixture of opiates and alcohol. At the time, few knew of the dangers or addictive power of opium. When Franklin died in 1790, he was severely addicted to the drug. 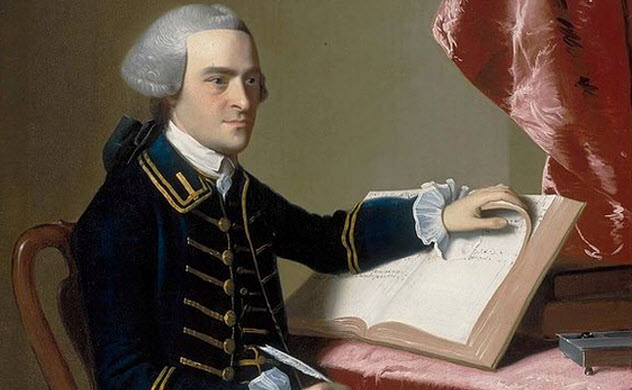 In the 18th century, 40 percent of all British exports to the northern American colonies had to enter via the Port of Boston. These exports were protected by the British through a series of trade taxes imposed by the Navigation Acts.

Although John Hancock was a man of enormous wealth (having inherited most of his fortune in his mid-twenties), he avoided paying these duties to the British by illegally smuggling exports such as French molasses, tea, glass, lead, paper, tobacco, rum, and wine.

His fortune grew until the late 1760s when he was formally charged with smuggling. Hancock sought the counsel of John Adams, an attorney who was the cousin of Hancock’s closest friend, Samuel Adams. Although Hancock was guilty, Adams got Hancock relieved of all charges. 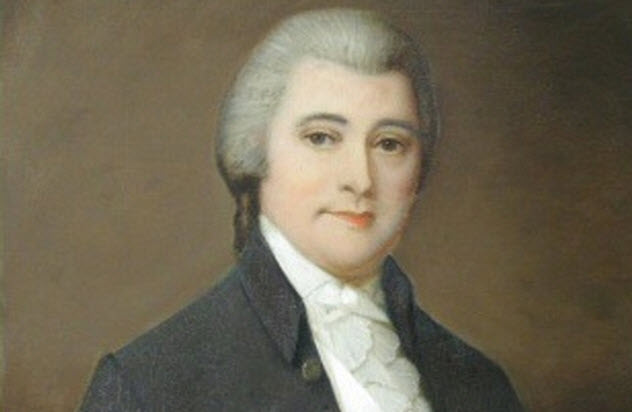 William Blount, Governor for the Territory South of the River Ohio as well as Superintendent of Indian Affairs for the Southern Department, was a popular frontiersman who led Tennessee to full statehood in 1796. That year, Blount also became one of the first US Senators and served as chairman for Tennessee during the Constitutional Convention.

Soon after, Blount conspired with Britain to conquer the Spanish provinces of Florida and Louisiana with the help of British naval forces, frontiersmen, and Native Americans. These plans were exposed in a letter by Blount that unexpectedly fell into the hands of President Adams. Although the Senate responded by impeaching Blount, no further action was taken.

Surprisingly, neither the conspiracy nor his impeachment daunted Blount’s popularity among the citizens of Tennessee, and in 1798, he was elected to the state legislature. However, he died only two years later at age 50. 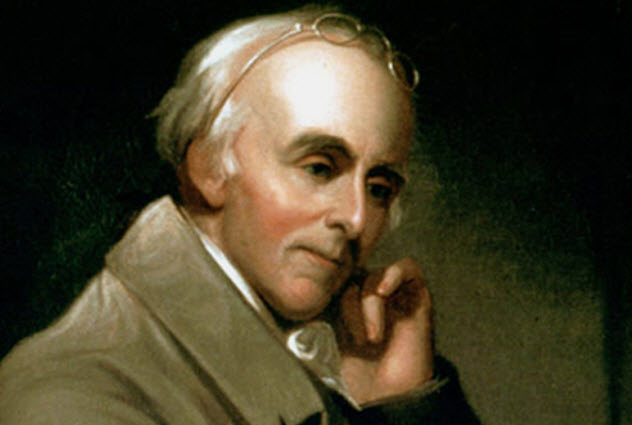 Dr. Benjamin Rush, signatory to the Declaration of Independence, is perhaps best known for being the “father of American psychiatry.” Serving on the Pennsylvania Hospital medical staff for 30 years, he brought forth the original idea that mental illness is a disease of the mind rather than a “possession of demons.” In 1812, Rush wrote Medical Inquiries and Observations upon the Diseases of the Mind, the first psychiatric textbook published in the US.

Dr. Rush was also the first to believe that people who drank too much alcohol suffered from a disease rather than a failure of free will. This disease concept ultimately led to the term “alcoholic” in 1891. Throughout the late 1800s and early 1900s, those involved in the temperance movement referenced Dr. Rush’s theory to further their political agenda, which eventually led to Prohibition.

4 The Company You Keep 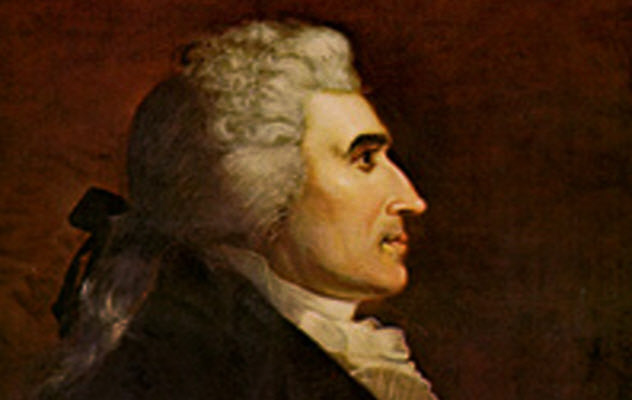 The city of Dayton, Ohio, is named after Jonathan Dayton, a leading American politician who represented New Jersey. Dayton was the speaker of the US House of Representatives, the youngest member of the US Constitutional Convention, and Senator for the state of New Jersey. In 1807, Dayton’s career in politics came to a sudden end when he met Aaron Burr, who had coincidentally shot and killed Alexander Hamilton three years earlier.

Dayton became involved in Burr’s questionable activities, although the depth of Dayton’s involvement is unclear. After Burr was accused of trying to overthrow and seize the western United States, Dayton was implicated as a coconspirator and arrested for treason.

Although the conspiracy became a national scandal, Dayton was never tried nor was there any proof of his involvement in the Aaron Burr case. Regardless, Dayton’s political career was brought to an end and his reputation tarnished. 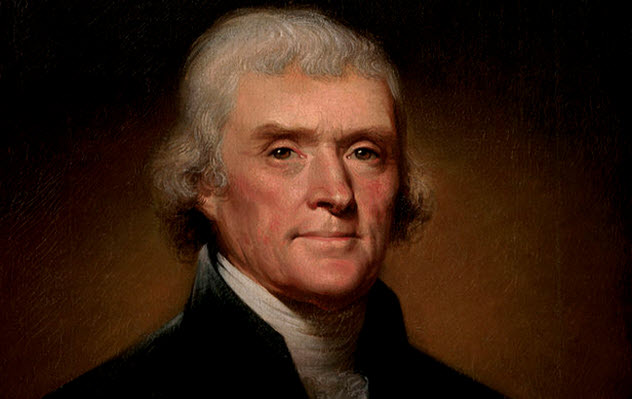 For two centuries, there has been speculation as to whether Thomas Jefferson fathered children with of one of his slaves, Sally Hemings. Jefferson neither confirmed nor denied the allegations. Meanwhile, two of Hemings’s children insisted that he was their father.

According to Dr. Foster, this compelling evidence, which has been published in the scientific journal Nature, is the simplest and most probable explanation that Thomas Jefferson was the father of Eston Hemings. To support the study, a DNA expert at the Whitehead Institute in Boston stated that there was a less than 1 percent chance that a person chosen at random would share the same Y-chromosomal mutations as in the Jefferson lineage. 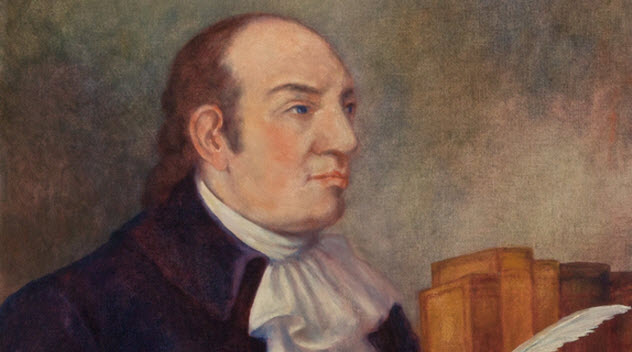 George Wythe, another signatory to the Declaration of Independence, suffered a horrendous death. In 1806, his black servant, Lydia Broadnax, fixed coffee for herself, Wythe, and 16-year-old Michael Brown. Minutes later, all three were stricken with horrific abdominal pains.

Earlier, Broadnax had seen Wythe’s 18-year-old grandnephew, George Wythe Sweeney, toss a piece of paper into the coffeepot, leading Wythe to insist that Sweeney had poisoned them. Before the poisoning, Wythe had threatened to cut Sweeney out of his will. Sweeney had been forging checks and selling Wythe’s prized books to pay his gambling debts.

Two days after the three fell ill, Sweeney was jailed for attempting to cash a forged check in Wythe’s name for $100. Wythe died shortly afterward, along with Michael Brown.

Sweeney stood trial for murder and forgery. However, Virginia prohibited blacks from testifying against whites, so Broadnax’s claims fell on deaf ears. Sweeney was acquitted of murder, and the forgery charges were eventually dropped.

1 Duel To The Death 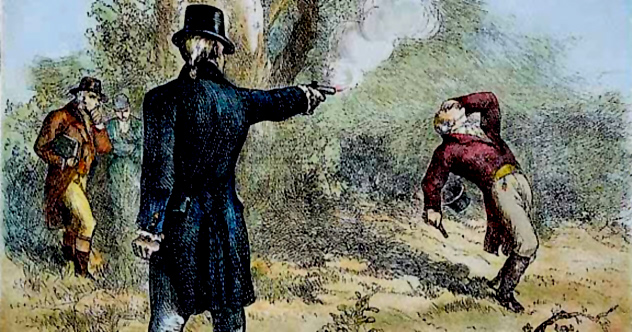 Founding Father Alexander Hamilton and Vice President Aaron Burr had a long-standing rivalry. Burr even claimed that he lost the presidency because of Hamilton’s interference. As Burr’s vice-presidential term neared its end, he ran for governor of New York, only to lose following Hamilton’s public opposition.

Infuriated, Burr challenged Hamilton to a duel and Hamilton accepted. On July 11, 1804, the two men raised their pistols and fired a single shot. Burr walked away from the fight unscathed, but Hamilton succumbed to his injury the following day.

As dueling was against the law in the state of New York, Burr was later charged with murder. Ultimately, the charges against him were dropped and he passed away 32 years later in 1836.