Ever wonder what those folks smoking outside a church at 8:00 PM on a random Tuesday are doing? Chances are they’re about to step into a meeting of Alcoholics Anonymous (AA) and . . . do what exactly?

Despite its millions of members, AA remains a mystery to many and a caricature to many more. Contrived media depictions and the omerta-esque anonymity of most members have led to incorrect or incomplete perceptions of an organization that has been helping alcoholics achieve sobriety for over 80 years.

AA has a rich, odd, and even controversial past and present that most know nothing about. My name is Chris, and I’m an alcoholic. Allow me to share.

10 The Organization Is Named After A Critically Acclaimed Book 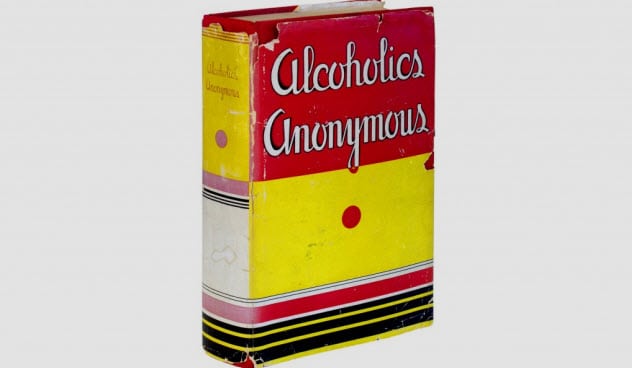 AA began in 1935 when its cofounders, Bill Wilson and Dr. Bob Smith, began holding get-togethers with fellow alcoholics. But the whole thing didn’t really have a name until 1939 when Alcoholics Anonymous—today known to AA members as the Big Book—was published.[1]

Four editions and nearly 80 years later, the tome is one of the best-selling books in US history. In 2011, Time named it among the 100 best and most influential English-language books written since 1923, the year the magazine was first published. The following year, the Library of Congress named it one of 88 books that helped shape America.

It is not difficult to see why this book stuck as a means of combating alcoholism, a problem that had plagued and baffled mankind for centuries. Bill Wilson, its primary author, was blessed with an eloquence that spelled out the frustrations, fears, and struggles that fellow alcoholics had been experiencing in secret and in shame for years. The New York Times—then as now among the most influential reviewers of books—praised this prose in a June 25, 1939, piece.

So strong was the book’s impact that naming the organization anything else would have been unthinkable.

9 In AA, We Talk About Drugs—A Lot 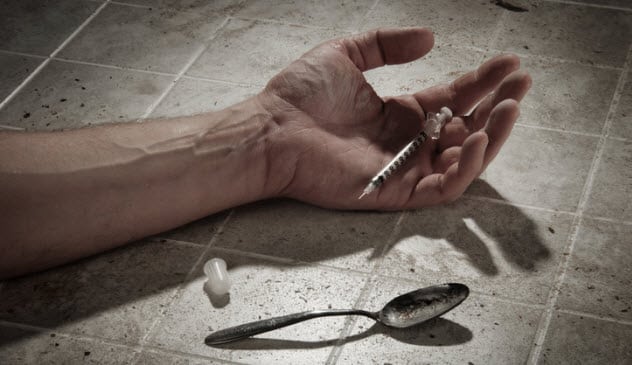 While some AA meetings still adhere solely to alcohol-related issues, many either don’t have that rule or don’t enforce it.

In AA’s early days, it was understandable that the organization stuck rigidly to helping members arrest alcoholism. At the time, curing alcoholism was as novel as the polio vaccine would become in the 1950s. Widespread, program-rooted recovery had never happened before, and the founders weren’t about to stray from this primary purpose.

That primary purpose remains, but it has evolved for several reasons. First and foremost, alcohol is a drug. A cocaine addict can’t drink and reasonably claim to be in recovery, even through AA’s first cousin, Narcotics Anonymous (NA). As such, NA and AA have become largely interchangeable. Here, the fact that AA is more prolific than NA—more meetings, more members—also explains why some drug addicts prefer the former.

Another reason is very recent: the opioid epidemic. More than 64,000 Americans died from drug overdoses in 2016—the most ever.[2] Drugs are now the leading killer of Americans under 50 years old. Over 50 percent of overdoses are caused by opioids, which are killing Americans at about the same rate as gun violence.

AA membership is driven by these external factors—the facts on the ground. More frequently, the newcomers coming into meetings are hooked on heroin and are not turned away. 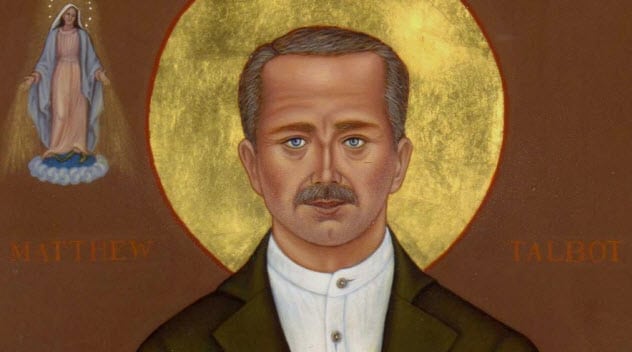 Twice a year, many AA members take weekend-long retreats with anywhere from a handful to a few dozen fellow recovering alcoholics. The getaways are typically led by a spiritual leader—a pastor, a rabbi, even a Zen Buddhist master—who is also in recovery. The retreats offer themed lectures, breakout sessions, and a heavy dose of fellowship with others willing to sacrifice a weekend to enhance their recovery.

The movement’s namesake was a 19th-century Dublin resident.[3] After years of low-bottom alcoholism, he recovered by taking “the pledge” to a priest—a common practice for those swearing off booze in Ireland before the advent of AA. Talbot has since been granted the status of “Venerable” by the Catholic Church, a potential precursor to sainthood.

7 Yes, That Sounds Churchy, But The Whole God Thing Is Exaggerated 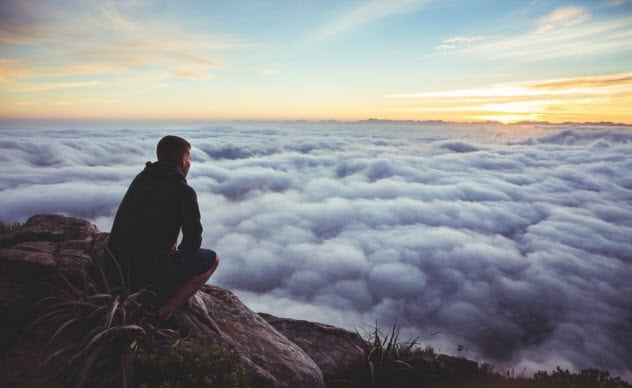 Here, what’s worth understanding is that AA is steeped in tradition. Most of the readings and prayers have been recited for generations. We tend not to fix things that aren’t broken, and consistency makes AA a reliable, dependable haven for newcomers and old-timers alike.

In reality, though, God is neither all-saturating nor mandatory in AA. The Big Book cites an early example of an atheist doing just fine and discusses the “Broad Highway” of spirituality sufficient for recovery.[4]

Identification with the struggles, feelings, and ultimately the recovery of fellow alcoholics has always been far more important than any traditional religious beliefs. For many, the in-this-togetherness culled from our shared disease is a more than adequate higher power—lazy moviemaking be damned. 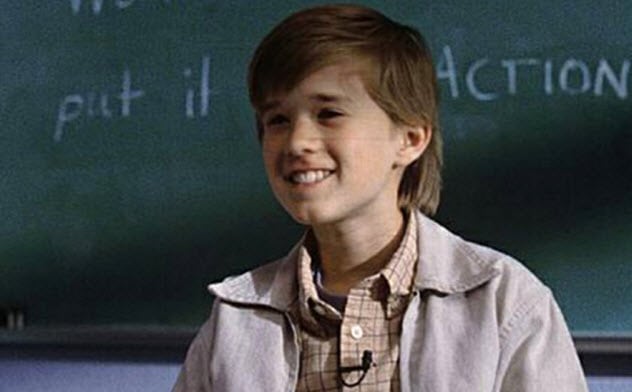 Then watch a film with exactly zero depictions of AA meetings. The movie is 2000’s Pay It Forward, which is about a seventh grader who starts a cascade of kindnesses by doing favors for people and, as payback, insists that they perform favors for others.[5]

This describes a pyramid scheme—minus the scheme. Newcomers to AA are encouraged to get a sponsor, whose duty is to take sponsees through the 12 Steps. In addition to helping both parties stay sober through practicing the program’s principles, an implicit goal is that sponsees will themselves serve as sponsors one day.

Ideally, AA members pay sobriety forward—giving away a lifesaving gift that was freely given to them when they first started coming to meetings.

5 By Today’s Standards, AA’s Founder Is A #MeToo Nightmare 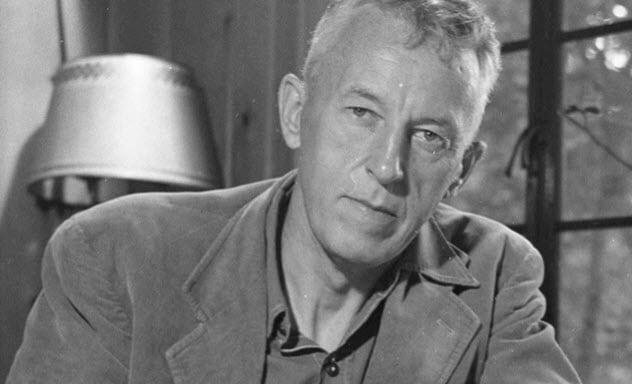 Though it’s unfair to hold someone living in the first half of the previous century to modern standards, AA cofounder Bill Wilson had serious women issues.

Per his personal story in the Big Book, Wilson “stole from [his] wife’s slender purse” while still in active alcoholism. But it’s not just that. Many drunks—this author included—have stooped so low. Nor is it Bill’s admission that the only thing that kept him from infidelity when on a bender was a sloppy drunk’s impotence.

Rather, it’s Wilson’s writings and behavior in sobriety that have raised eyebrows about his seeming obsession with sex and his questionable views of women in general. For starters, discourse about sexual misadventures, humiliations, and resentments permeate the Big Book and the subsequent Twelve Steps and Twelve Traditions—a supplementary AA text authored by Wilson in the 1950s.

Second is an uncomfortably outdated chapter in the Big Book titled “To Wives.”[6] Starting with the (incorrect) assumption that alcoholism is overwhelmingly a man’s disease, the chapter is an antiquated argument for the sort of stand-by-your-manism that treats married women like doormats rather than equal relationship partners. It’s cringeworthy and would likely be the first section expunged from the Big Book if AA was less rigid about keeping the founding text strictly as is.

But the most damning proof is Helen Wynn. According to biographer Susan Cheever, Wynn was Wilson’s longtime mistress. He even wrote her into his will.

So despite Wilson’s overwhelmingly positive influence on society during his lifetime, social media would have had a field day with him.

I once found an English-speaking AA meeting in a small beach town called Tamarindo, Costa Rica. A year later, I found one in Istanbul.

A testament to AA’s societal impact—and overall effectiveness—is how prolific the organization has become. AA meetings are seemingly everywhere. There are meetings on cruise ships, in casinos on the Las Vegas Strip,[7] on the beach in Florida, and at the Grand Canyon in Arizona.

And of course, there are meetings upon meetings online. Avatar anonymity, anyone? 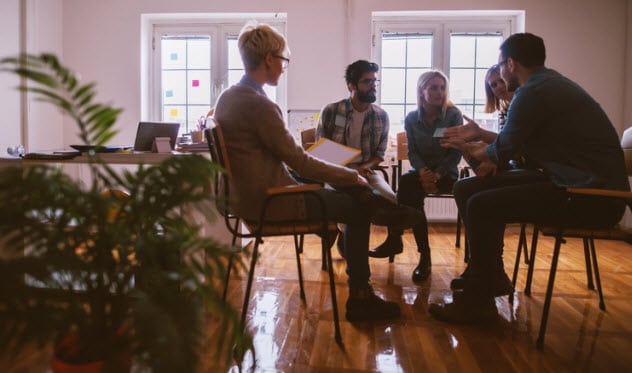 It’s one thing for an organization to steer clear of politics. It’s quite another for a roomful of recovering drunks from all walks of life to remain refreshingly diplomatic and free of rancor. But that’s exactly what happens in AA, even in an era when many folks see practically everything through blue- or red-tinted glasses.

According to the organization’s preamble, AA “is not allied with any sect, denomination, politics, organization or institution; does not wish to engage in any controversy; neither endorses nor opposes any causes.”[8]

The reason for this Switzerland-esque stance is explained in the passage’s next sentence: AA’s “primary purpose is to stay sober and help other alcoholics to achieve sobriety.”

Even a generation ago, this notion of setting aside political differences for the sake of the common good and shared principles would not have seemed radical. Today, AA is one of the last far-reaching institutions not soiled by politics.

2 Many Of Us Are Grateful That We Became Alcoholics 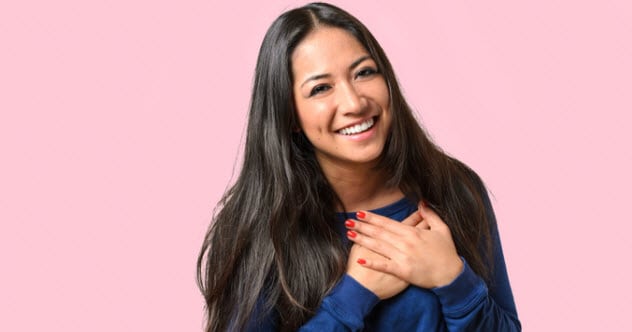 A significant number of AA members—myself included—were damaged goods even before we became problem drinkers. Mass consumption of alcohol helped us deal with our issues . . . until it became an issue all its own.

Our alcoholism often runs far deeper than alcohol. Many of us had deep-rooted character defects—boiling rage, crippling fear, isolating social anxiety—that would have needed to be addressed eventually with or without alcohol.

This gives rise to a popular AA saying: “Come for your drinking, stay for your thinking.” The majority of us needed some serious personality readjustments. Once we finally put the booze down and came into AA, practicing the 12 Steps helped us tamp down these negative traits and move toward something more closely resembling sanity.

In fact, the number of references to alcohol in the 12 Steps is exactly one—in the first half of the First Step.[9] From there, it’s all about identifying and correcting the resentments and misgivings that used to get us drunk in the first place. 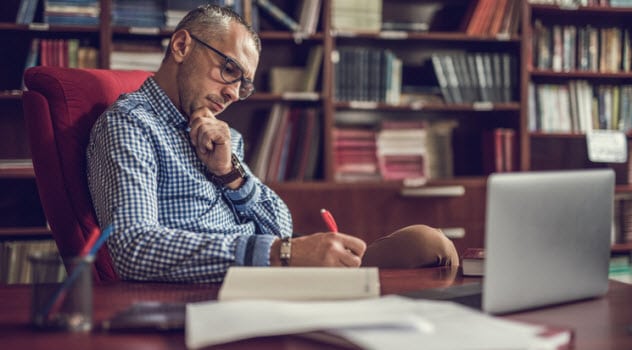 But a lot of AA members don’t understand why it’s okay.

AA has an official set of traditions—an even dozen of them in concert with the 12 Steps. The 11th Tradition states that AA’s “public relations policy is based on attraction rather than promotion; we need always maintain personal anonymity at the level of press, radio, and films.”[10]

Why, then, is it permissible for the author to write this?

Because this tradition is laying out rules for speaking on behalf of the organization as a whole, not its individual members. The only rules of anonymity by which individuals in AA need to abide are: 1) None of us assume to speak for the entire organization, meaning that an individual’s opinions are his alone and not official AA missive; and 2) None of us should name anyone we see in an AA meeting in a public forum.

Each of us has the right to not be anonymous as long as he recognizes the rights of others to remain anonymous. Inherently, anonymity is a protective measure. Each AA member has the right to waive that protection as long as he doesn’t deprive others of it. Unfortunately, this concept is often misconstrued both in the rooms and out, as in the lightly researched, surface-level history that Time put together to mark AA’s 75th anniversary.

Today, most AA members understand that the idea of an organization with over two million members going completely media dark is both silly and impossible. As long as we speak for ourselves and not AA as a whole—and don’t out each other—that’s perfectly fine.

Christopher Dale frequently contributes to The Fix, a sober lifestyle website. He has also contributed to Salon, The Daily Beast, Parents.com, and New York Daily News, among other outlets. Follow him on Twitter at @ChrisDaleWriter

Read more fascinating facts about AA and addiction on 10 Things Everyone Gets Wrong About Addiction and Top 10 Films About Alcoholics.