Many fields, such as medicine, geology, and seismology, have progressed or made significant innovations with the help of lasers. However, it’s not only the scientific world that is benefiting from them. Even archaeologists are also making new significant discoveries with the use of this technology. 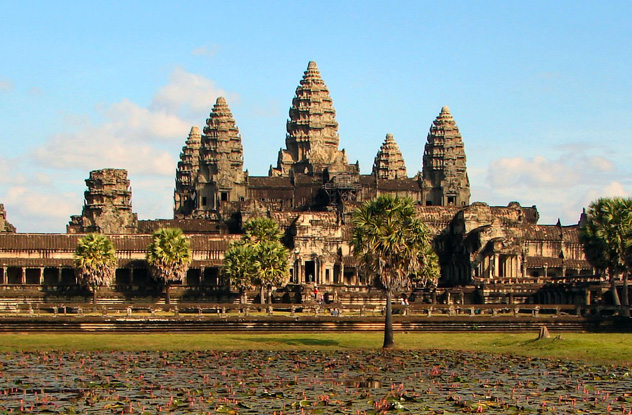 Just recently, a team of archaeologists discovered several undocumented medieval cities and extensive agricultural networks near Angkor Wat and other temple complexes in Siem Reap, Cambodia. This discovery is monumental since it can potentially “rewrite history books and challenge” everything we know about the Khmer Empire, such as the real reason behind its enigmatic collapse.

In addition, the laser scans revealed that the ancient Khmer people were far more technologically advanced than previously thought. For example, they were already using a complex system of irrigation canals and dams to divert waterways four centuries before experts believed that such technology was invented.

The laser scans also revealed that many of the newly discovered cities were vast and densely populated. For example, Mahendraparvata, which lies 40 kilometers (25 mi) west of Angkor, was home to more than 1.5 million people and was as big as the present-day capital of Cambodia—Phnom Penh. 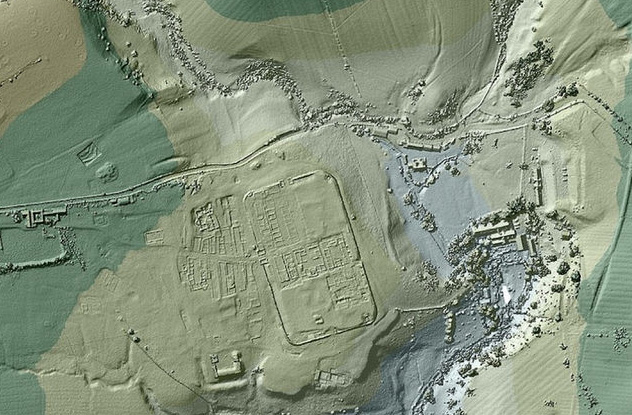 When the ancient Romans conquered Britain during the first century, they built an extensive network of roads to secure their newly acquired territory. A few sections of these roads survived and can be visited today. But the majority of the routes got lost or destroyed due to several factors, such as getting covered by farmlands.

Thankfully, some of the lost roads have been rediscovered through the use of laser scans. This discovery grabbed the interest of several history enthusiasts and archaeologists since they fill in a few gaps “in the history of Roman Britain.” For example, the discovery of the ancient roads answers the question, “How did the Romans get from Ribchester to Lancaster?” 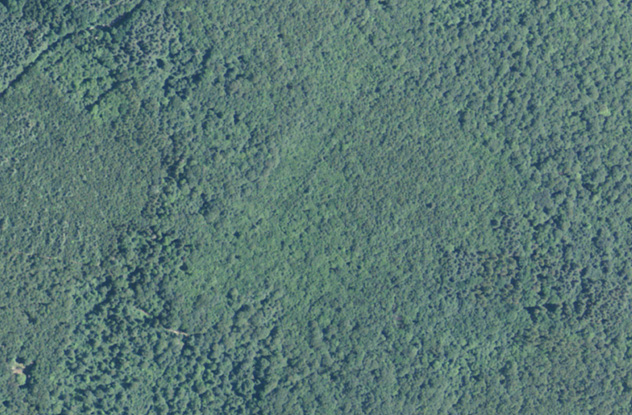 Much of New England today is covered in forest. However, it wasn’t always this way. There was a time when these forests were filled with farms and communities instead of trees. By using laser scans, a group of archaeologists discovered that hidden deep within Connecticut’s Pachaug State Forest are colonial roads, farm walls, and homesteads.

These sites got abandoned due to two factors: industrialization and farming opportunity in the West. When the people left, the forest took over.

Though laser technology has made this significant discovery possible, the researchers lament its limitations. Laser technology can’t help them study the Native Americans that lived in New England since they didn’t leave behind foundations or walls. Laser scans are only useful in “sites where [people] have left a mark on the landscape.” 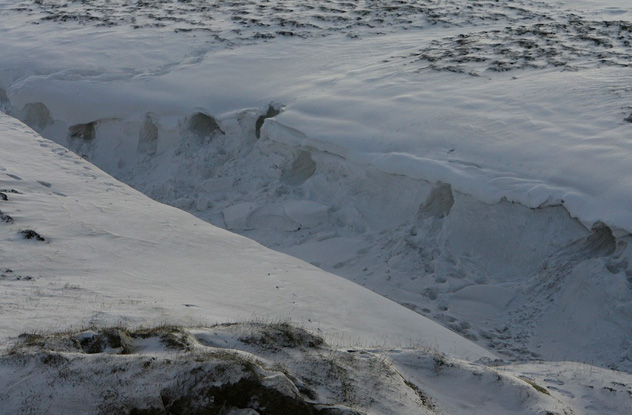 Aside from discovering important archaeological sites, laser technology can also be used to save the lives of polar bears, especially their young cubs. Winter is the time when female polar bears are in their dens rearing their cubs. However, this is also the time when oil and gas drilling are at their peak. Obviously, these human activities pose a great threat on the lives of the animals. There is a method that helps drillers identify and avoid the dens, but it’s not entirely effective, resulting in a few casualties every now and then.

Thankfully, a study conducted in 2013 revealed that laser scans can help discover as much as 90–95 percent of polar dens in a certain area. With the use of this technology, polar bears and their cubs can be more effectively protected from the threats of oil and gas drilling. 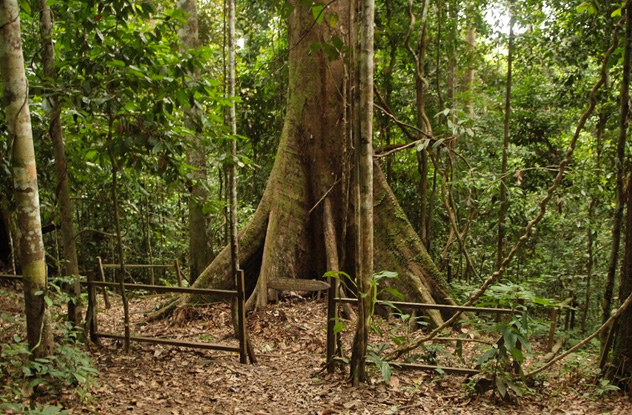 Players of Minecraft are pretty familiar with the Yellow Meranti tree. But in real life, these trees remain largely unknown and are sadly endangered.

Identifying the precise height of this gigantic tree was a bit challenging. To accomplish this feat, they needed the help of a local climber named Unding Jami. He measured the height of the tree not with some advanced equipment but with an old-fashioned tape measure. Jami claimed that he was unable to take a scenic photo on top of the Yellow Meranti because he got busy defending himself from an eagle attack. 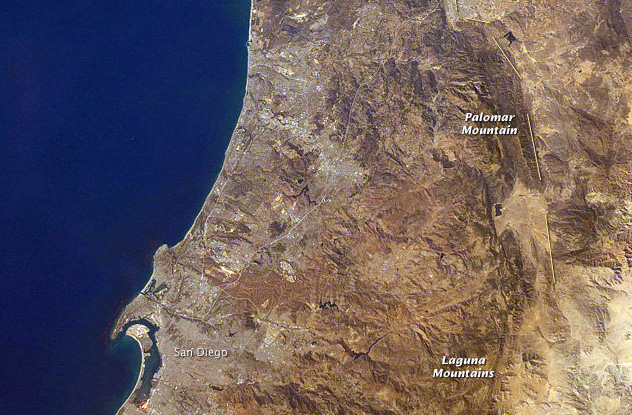 In November 22, 1800, the San Diego area was rocked by a 6.5 magnitude earthquake. Scientists at that time failed to determine which fault caused the said earthquake. For more than 200 years, it remained a mystery.

It was only in 2012 that experts finally identified the fault. By using laser scans, geologists from Arizona State University discovered that it was an active region of the San Jacinto Fault Zone called Clark Strand that caused the 6.5 magnitude 1800 earthquake.

This discovery is important since the techniques used to determine the mystery fault can potentially help scientists make more reliable, accurate earthquake forecasts in the future. 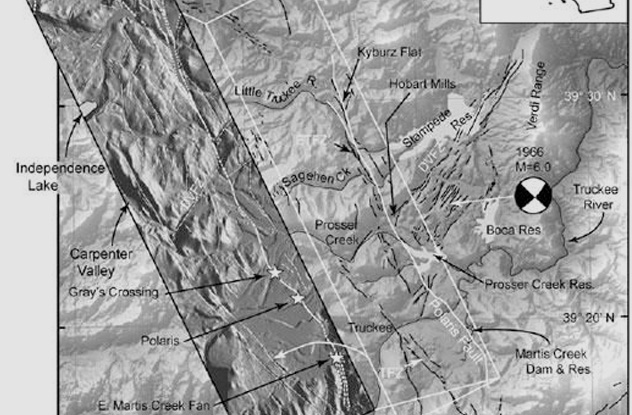 In 2011, a group of scientists discovered a new hidden fault in California. It was named after the old mining town it runs through—Polaris. Compared to the San Andreas Fault, which is 1,300 kilometers (800 mi) long, Polaris is only 35 kilometers (22 mi) long and was discovered with the use of laser technology.

Experts estimate that this newly discovered fault is capable of producing a 6.5–6.9 magnitude earthquake. Polaris is connected with other faults in the area. Because of this, experts anticipate that the intensity could even be greater if it ruptures together with the other faults.

Aside from causing a strong earthquake, Polaris can potentially cause flooding by releasing waters from a dam located within its vicinity. 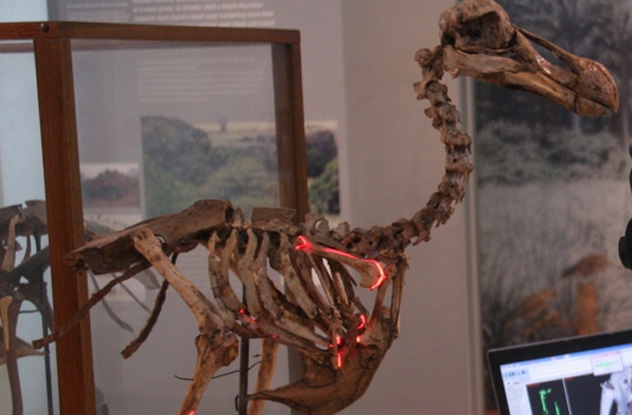 The dodo, which is a type of pigeon, was a flightless bird that lived in the island of Mauritius in the Indian Ocean. They were killed off by rats and pigs introduced by sailors to the island. In 1693, they became officially extinct. Despite being one of the most famous extinct animals in human history, “nobody [really] tried to make a collection of the [dodo] or study it in detail.” As a result, not much is known about the biology and anatomy of this bird.

This all changed in 2014 when a group of scientists conducted laser scans on “the only known complete skeleton from a single dodo.” The laser scans revealed previously unknown bones such as kneecaps and ankle bones. These new discoveries are significant since they can help scientists better understand the anatomy and biology of the dodo, and in turn, unravel the secrets that this bird holds, such as how it moved, walked, or lived. 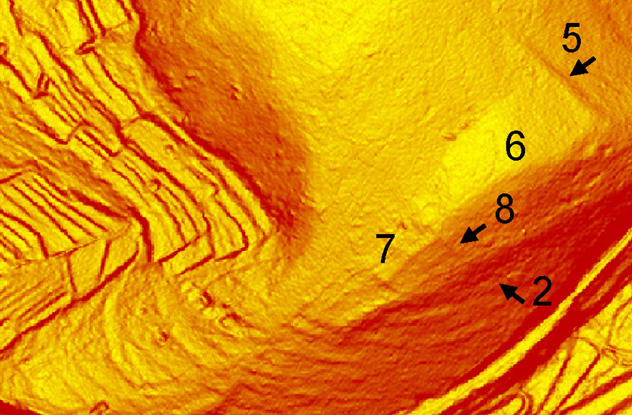 Several examples of early Roman forts have been discovered in different countries, but none had been found in Italy itself. This all changed when a group of researchers discovered three forts near Italy’s northeastern border with Slovenia. One of the three forts, built around 178 BC, has been identified by the researchers as San Rocco. This date makes San Rocco older “than any other Roman fort ever found.”

The researchers are hoping that this discovery would answer several questions involving the ancient Roman army, such as how it became a formidable force. Hidden deep in the jungles of Cambodia are mysterious dome fields that were constructed approximately 1,000 years ago. Considered as “the most enigmatic features of Khmer landscape archaeology,” these dome fields or earthen mounds have baffled scientists. Up to this day, they do not know what purpose the structures served during the peak of the Khmer Empire. However, one scientist pointed out that since the dome fields resembled “well-known raised fields elsewhere,” there is a big possibility that they might have been used for plant production.

These mysterious dome fields were discovered in 2015 with the use of laser technology. They are arranged in gridded patterns and are located near temple complexes in Cambodia.