You don’t typically look to The X-Files—a TV show about aliens and monsters—for realism. But interwoven among the fiction are some surprising nuggets of truth. In fact, some of Scully and Mulder’s weirdest cases were directly inspired by real-life oddities and creepy tales.

The Episode: In the first season’s finale, a man’s body emits a poisonous gas after paramedics perform a needle decompression. The paramedics in the ambulance die, and the man escapes. Of course, the guy in the ambulance is later revealed to have alien DNA, but in a way, the real story behind that toxic blood is even more bizarre.

The True Story: In 1994, a woman named Gloria Ramirez with cervical cancer was admitted to Riverside General Hospital. When a nurse tried to draw blood, she noticed strange particles floating in the blood and realized that it smelled like ammonia. Six paramedics collapsed from the fumes, and more than 20 showed symptoms.

The combination of oxygen and the defibrillator may have caused dimethyl sulfoxide in Ramirez’s body to form gaseous dimethyl sulfate, which seeped out of her body and poisoned the hospital staff. However, that’s just a theory, and the case of Gloria Ramirez lives on as one of the medical world’s eeriest unsolved mysteries. 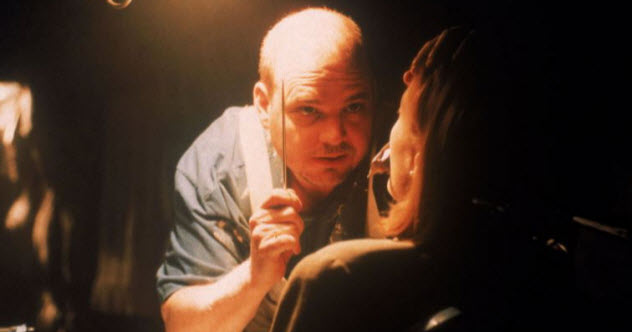 The Episode: The mental state of a serial killer is so chaotic that he unwittingly projects his murderous fantasies onto undeveloped photographs. When the killer kidnaps a young woman at a pharmacy, the desk clerk discovers photos of the woman screaming in terror on a freshly developed roll of film.

The True Story: According to The Official Guide to the X-Files, Volume 3, writer Vince Gilligan combined real-life stories about Ted Serios and Howard Unruh to come up with a fictional killer whose sick visions are so palpable that they have the power to leave stains on the real world.

Serios was a photographer in the ’60s who claimed to be able to capture a person’s thoughts on undeveloped film. Even creepier was mass murderer Howard Unruh, who fantasized about killing his neighbors before taking a gun and killing 13 people in the “Walk of Death” in 1949. 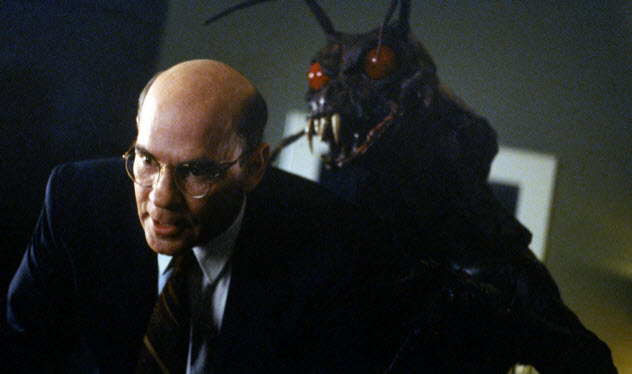 The Episode: A telemarketer takes his coworkers hostage at gunpoint because he thinks his boss is a giant bug, a monster that “hides in the light.” Even Mulder is uncharacteristically logical about the case . . . until he begins to see the bug, too. Mulder attacks the man’s boss and gets sent to a psych hospital, where the killer bug continues to stalk him. However, in this case, the bug turns out to be real.

The True Story: In real life, folie a deux is a recognized psychiatric disorder in which two people share the same delusions. In 2008, twin sisters Sabina and Ursula Eriksson separately ran into a busy street and were hit by oncoming cars. In another case, three sisters became delusional and tried to break into someone’s house before singing naked in their shared jail cell after they were arrested. When they were separated, they went back to normal. 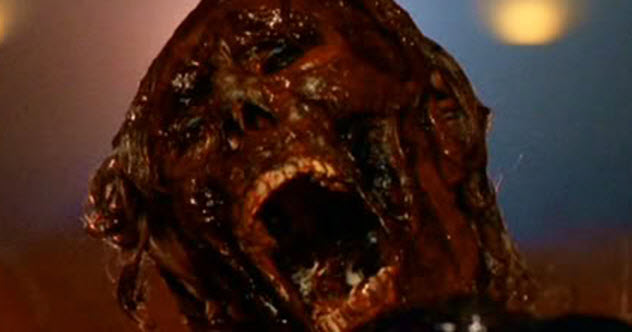 The Episode: Scully gets suspicious when Mulder helps a bioterrorist who’s just infected a man with a pathogen that makes his face melt off. She digs deeper and realizes that Mulder is working undercover in the terrorist’s organization, trying to stop their plan to spread a deadly pathogen via bank currency.

The True Story: The episode’s name, “The Pine Bluff Variant,” is a reference to a real facility in Pine Bluff, Arkansas, which researched and developed biological weapons before Richard Nixon shut it down in the ’60s. Among other things, the Pine Bluff Arsenal developed Agent Orange, the effects of which are still present in Vietnam.

According to Anne Simon, author of The Real Science Behind the X-Files, the US government conducted over 200 secret tests on the US population between 1943 and 1966 to study the threat of biological warfare attacks. During these tests, they infected unwitting civilians to map the way that the infection would spread in a real attack on the US.

6 ‘Tooms’
The Abduction Of Polly Klaas 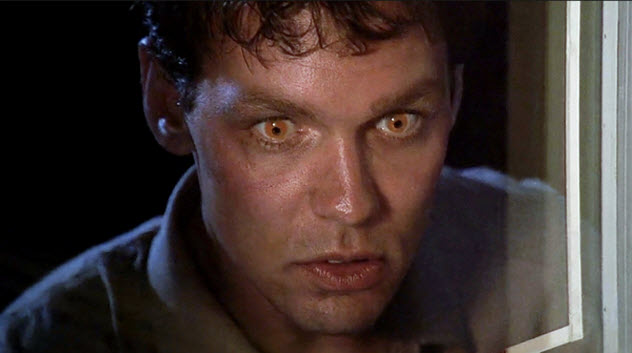 The Episode: Eugene Tooms is a serial killer who squeezes through ventilation ducts to kill his victims so that he can eat their livers. Against orders, Mulder follows Tooms to prevent him from killing anyone else.

The True Story: Richard Allen Davis was released from prison just months before kidnapping and killing Polly Klaas. Although “Tooms” took a single element from the story (a criminal’s release before he kills again), the season three episode “Oubliette” featured a young girl who is kidnapped from her bedroom and held captive, just like Klaas.

Due to the similarities to the Klaas case, Fox almost didn’t air that episode. In the end, they reached a compromise by changing the girl’s age from 12 to 15 and dropping some of the scenes where the girl was held prisoner. 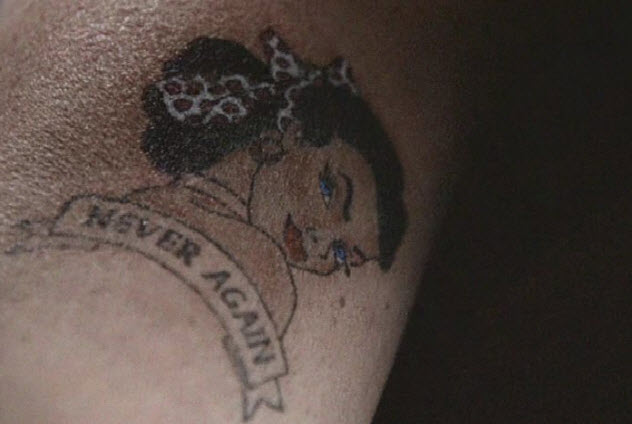 The Episode: A man starts hearing voices and eventually realizes that his Bettie Page tattoo is speaking to him. The tattoo—voiced by Jodie Foster—convinces him to kill his neighbor and throw her body in the apartment building’s furnace. When Scully begins getting closer to him, the tattoo tells him to kill Scully, too.

The True Story: In 1981, John Hinckley Jr. attempted to assassinate US President Ronald Reagan. In the months leading up to the assassination attempt, Hinckley had become obsessed with Jodie Foster. He said that he tried to kill the president to impress her. Supposedly, Jodie Foster was cast as the tattoo’s voice as a reference to Hinckley’s dark obsession with her.

In the episode’s resolution, the ink in the tattoo was found to contain traces of ergot, a hallucinogenic fungus which has caused several cases of mass hysteria in real life.

4 ‘The Field Where I Died’
The Jonestown Massacre 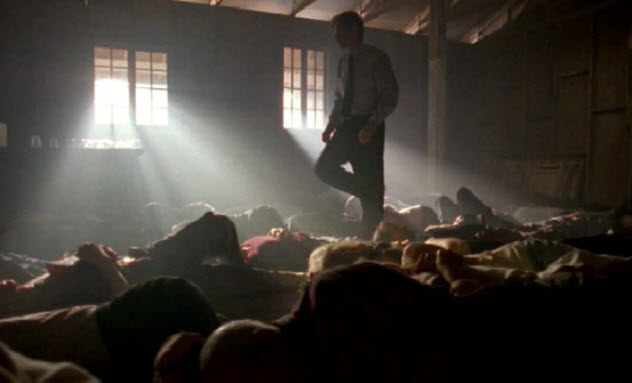 The Episode: Mulder and Scully investigate the Temple of the Seven Stars, a cult which they believe is hiding a weapons cache. Realizing that the FBI is closing in on his operation, cult leader Vernon Warren makes everyone commit suicide by drinking poison.

The True Story: In the episode, the cult and its leader are modeled after the Branch Davidian Seventh-day Adventists and their leader, Vernon Wayne Howell (aka David Koresh). The Branch Davidians found world infamy after the 1993 siege in Waco, Texas. The standoff lasted two months and ended in the deaths of over 80 people.

The mass suicide at the end of the episode was apparently inspired by the Jonestown Massacre in which cult leader Jim Jones made his followers drink cyanide. Afterward, he had men round up the people who refused to drink the poison and had them shot. In total, 909 people died in the senseless tragedy. 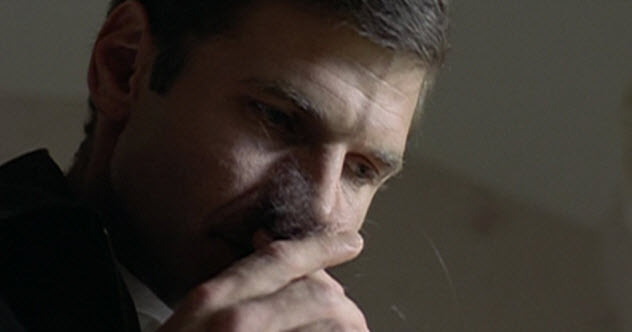 The Episode: A man collects souvenirs from the dead bodies passing through the morgue where he works and then progresses to killing to get his souvenirs. At times, he appears to change shape, terrifying his victims.

The True Story: X-Files creator Chris Carter clearly stated that the killer was wholly inspired by serial killer Jeffrey Dahmer: “There are reports of people who had been under the spell of Jeffrey Dahmer, who actually claimed that he shape-shifted during those hours when they were held hostage—that his image actually changed.”

Originally, the killer was also a necrophiliac like Dahmer. But Fox wouldn’t let the show air necrophilia on TV, so that aspect of the killer got toned down. We’re guessing they never even tried to include Dahmer’s cannibalism. 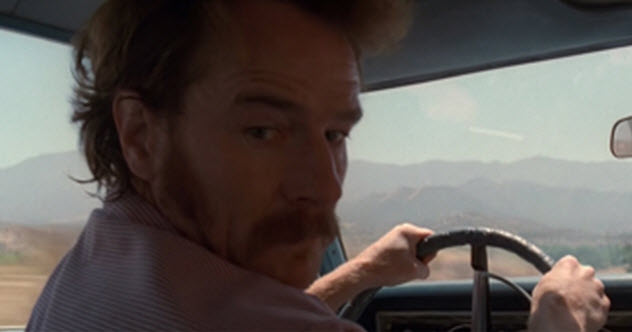 The Episode: Mulder is kidnapped by a man who thinks his head will explode if he stops driving. Later, they discover an underground extremely low frequency (ELF) antenna beneath the man’s property.

The True Story: Project Seafarer was a government project to lay down a network of underground ELF wires to communicate with submarines. Although Project Seafarer never made anybody’s head explode, people once believed that ELF radio waves would do just that if humans were exposed to them for too long. In the end, research concluded that ELF fears were unfounded. The government eventually shut down the project, calling it obsolete. 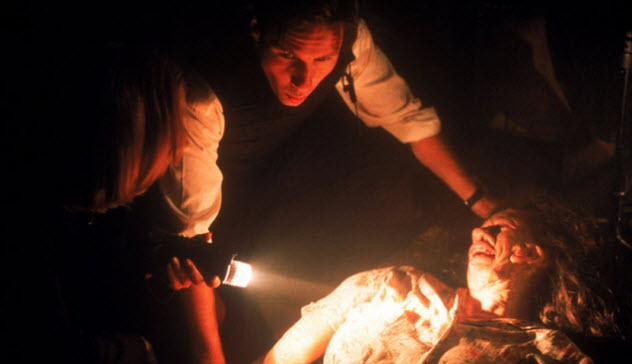 The Episode: A family of inbred brothers kills anyone who threatens their secluded way of life. The brothers even break into a policeman’s house and beat him to death with a baseball bat, a scene so brutal that this episode was banned from being rebroadcast.

The True Story: In 1990, Syracuse, New York, drew widespread media coverage when William Ward, one of four brothers living in a dilapidated house, was found dead. By all appearances, the youngest Ward brother, Delbert, had killed William in his sleep. Later, Delbert was acquitted when it was revealed that he was illiterate and couldn’t have read his signed confession.