The major battles of the past have long captured our imaginations. We think of thousands-strong armies lining up and then charging at each other in an unimaginable wave of fury, unleashing their wrath upon each other. History and popular culture have both greatly romanticized many of the weapons used in the past, and while this has certainly kept people’s interest in them alive, it has also created many misconceptions as well. 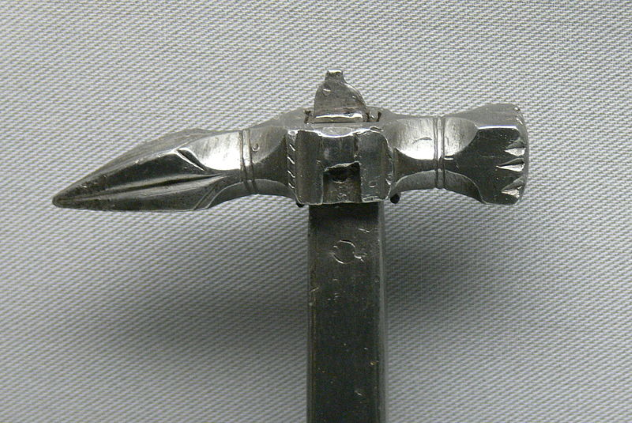 Many people have a completely false idea of war hammers due to popular media, especially video games. They’re depicted as being immensely long-handled with huge heads at least the size of a human’s. Most people are so used to seeing this that they just accept it as real, but it’s nothing at all like the reality.

A hammer like those in video games would be incredibly impractical. The weight of the head would make it incredibly hard to swing, and the huge handle would only make it more cumbersome. Real war hammers had much shorter handles. They weren’t much bigger than a normal hammer and had a piercing end on the back instead of a prying end like modern hammers. This would have made for an incredibly practical and brutal weapon that could bludgeon or pierce armor as needed.

9 Spears Were Way More Important Than Most People Realize 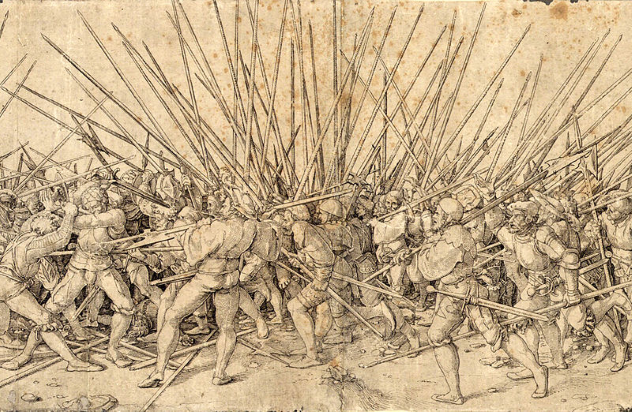 Swords are incredibly romanticized in every kind of popular media, and while video games will often provide a wide array of other weapons like hammers and axes, spears are usually a neglected weapon. Most people asked today would select a sword above any other close-range weapon, but through all of known recorded history, some form of spear has been the most popular weapon.

Some people think that’s just because spears were easy to mass produce, as they require only a small amount of metal, but far before metal was common, spears were already seeing the most use. They’re simply one of the most effective and versatile weapons. A spear could keep enemies at range, slash, stab, and adapt for fighting at extreme range if necessary. A spear can even be thrown at enemies as a ranged weapon if needed. 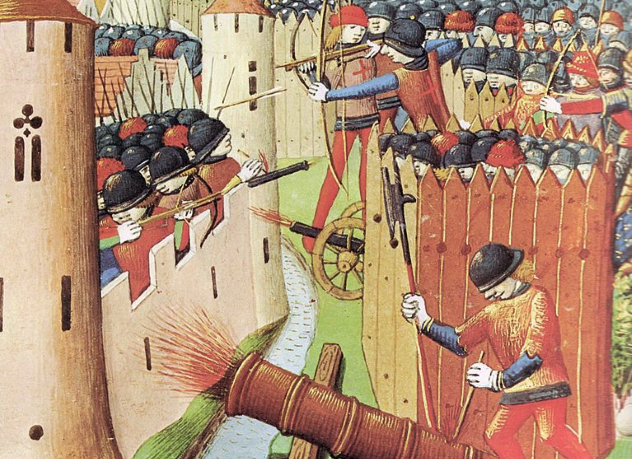 Many people think of the progression of guns as a simple linear evolution of technology. However, the history of gun usage is much more complicated. When gunpowder was first invented by the Chinese, the knowledge soon spread to the rest of the world, and everyone was excited to experiment with it. It was used heavily in battle due to its novelty. Its popularity didn’t last incredibly long because the technology wasn’t very advanced, though.

However, gunpowder-based siege weaponry eventually emerged, which helped to end the preeminence of castles in the middle ages. Even then, the popularity of guns was not a linear progression until much more modern times, when they have become the go-to choice for weapons of war.

7 Gunblades Were A Real Thing

Many people who are fond of video games, especially the Final Fantasy series, have fantasized about a weapon known as a gunblade, essentially a revolver with a sword on it. Some video game fans wonder why no one has ever tried to make one and decry the lack of creativity of weapon makers, but gunblades have been tried before. They were minimally effective, and those who used them felt it would have been better to simply have a separate short sword and revolver.

However, in a way, real gunblades have been used in battle for hundreds of years and are still effective today. It could be said that bayonets are a form of gunblade—and truly the only effective design. Putting the majority of the weight and length on the gun portion of the weapon is the best way to combine the two.

6 Archers Did Not Put Quivers Of Arrows On Their Backs 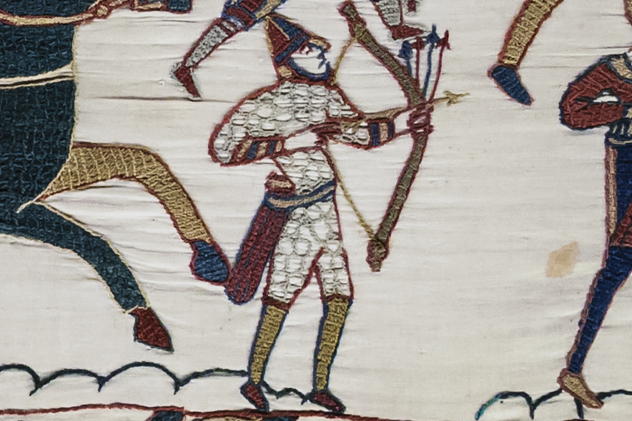 We’ve seen it in nearly every movie or game you can imagine. In Lord of the Rings in particular, Legolas is seen deftly pulling arrows from the quiver on his back, killing another foe with every repeated motion. While the character makes it look easy, medieval archers would have scorned his style for being inefficient.

In artwork and medieval historical evidence, archers are shown carrying their arrows in front of them, usually hanging from their belt and sometimes without an actual quiver. This allowed for much more efficient access to their arrows and made it far easier to keep track of how many arrows they had remaining in a chaotic battle.

5 The Whip Was Probably Never Used In Combat Against People 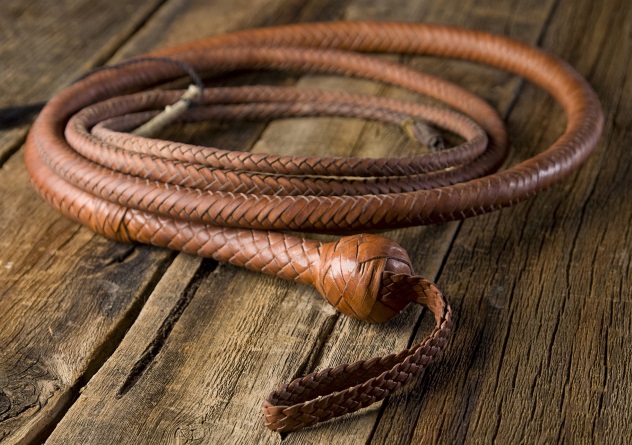 Movies like Indiana Jones and many video games have implanted in people’s heads the idea that the whip is a legitimate melee weapon. The only historical record that brings a whip anywhere near actual combat, however, is not of the common bullwhip but of a Chinese chain whip that was basically just a long chain with a handle. However, there is reason to believe that it was only a ceremonial weapon for important officials, as it was used only as a very last resort.

It would make sense for even chain whips to be ceremonial, as whips simply aren’t practical as weapons. The common type of whip most people think of would do little damage, and a whip dangerous enough to mortally wound your foe could just as easily swing back and wound or kill you. 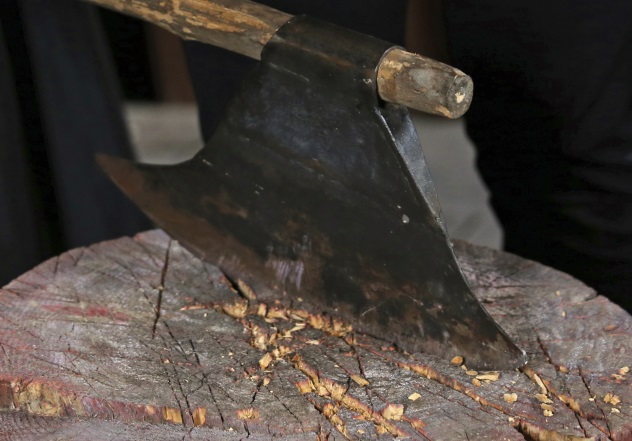 When people think of a battle axe, they usually think of a very large, ornate-looking weapon, often with double blades and an extremely long handle. The popular conception is of a weapon made largely of metal and designed solely for combat. However, these types of axes actually came much later.

Especially in the early middle ages, many people had to go to combat when ordered even if they were a simple farmer or worker of some sort. Most didn’t have the money to buy extra weapons, so if an axe was the most dangerous thing they had, they brought their work tool to battle. After people became attached to the idea of them, axes were eventually designed solely for combat use. 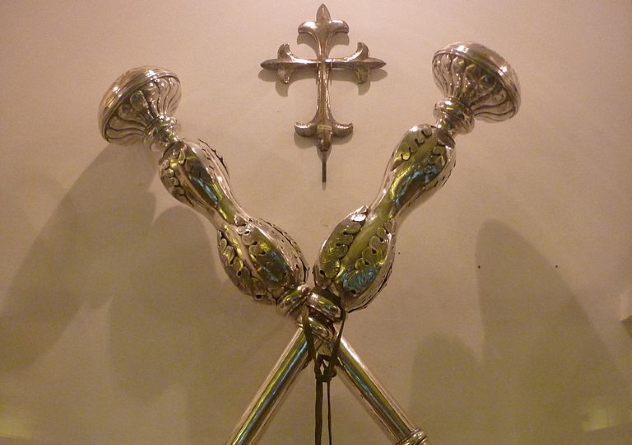 The mace is a brutal but effective weapon that has existed since the earliest days of humanity. A club with some spiky bits on it is a pretty effective way to either bash or puncture your enemy. However, because combat is a very boisterous affair, the teeth of a mace were often knocked off in battle. It was still an effective weapon, though, as the sheer force of impact would often cause traumatic injuries through armor.

A popular idea is that bishops used the mace in battle to avoid shedding blood. This is a strange idea, as a mace starts out quite capable of shedding blood, but more importantly, bishops who’ve used maces in history have also been known to use swords. It’s more likely that the mace was a symbol of the bishop’s authority on the battlefield. 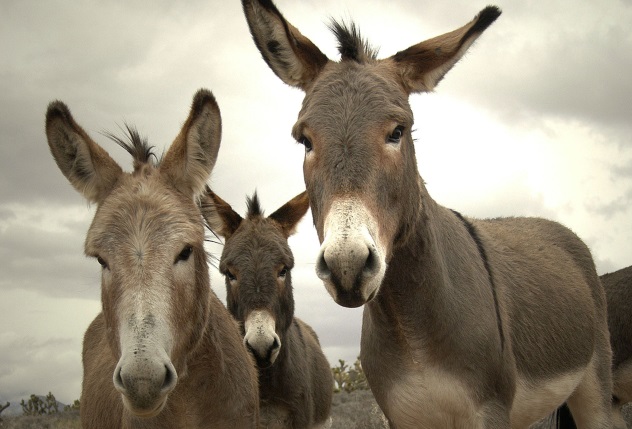 Biological warfare may be more advanced and deadly today, but it’s also something that humans have been waging quite effectively against each other for a very long time. Most people think of the beginning of biological warfare as the days when people would catapult dead bodies over the walls of their enemy’s fortress or toss dead bodies in the water supply to cause infection.

However, humanity’s use of biological weaponry to destroy their foes goes back even further. In the 14th century BC, the Hittites attacked an enemy city by deliberately driving disease-infected animals out of their land and straight toward their foe. Also, while it’s hard to say how much in the Iliad or Odyssey is based on real events, they depict the Greeks using poison-tipped arrows against the Trojans.

1 The Flail Probably Never Existed At All 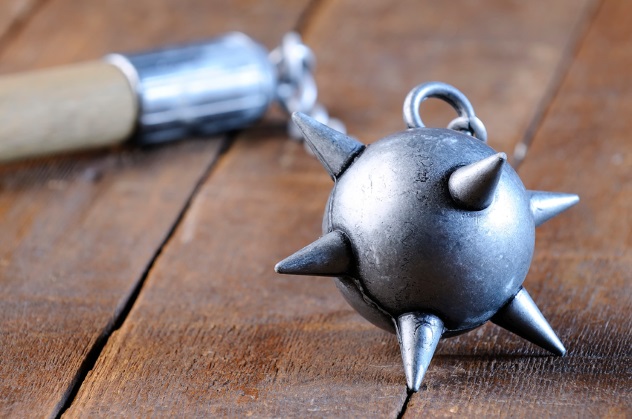 The flail was allegedly a weapon that consisted of a handle with a chain on it and a mace head at the end. The user swings the chain and tries to hit their opponent with the spiky ball. This weapon would be absurdly impractical and dangerous to use, and many historians are convinced it never existed at all. While there are some copies on display in museums, historians aren’t convinced that they’re looking at real weapons.

Artwork depicting flails is also suspect, as they’re only shown in works that are filled with obvious fantasies, which makes it unlikely that any real battle is being depicted. Those who dispute the existence of the flail as a weapon in combat suggest we’re either looking at a joke weapon of some kind or a concept that never got off the ground apart from a few test copies because it was too impractical.