Many are convinced the government is hushing up the existence of aliens to keep people from being terrified if they knew the truth. The evidence? Look no further than the government officials who have allegedly let slip the truth.

10John Podesta Says The Public Is Ready For The Truth 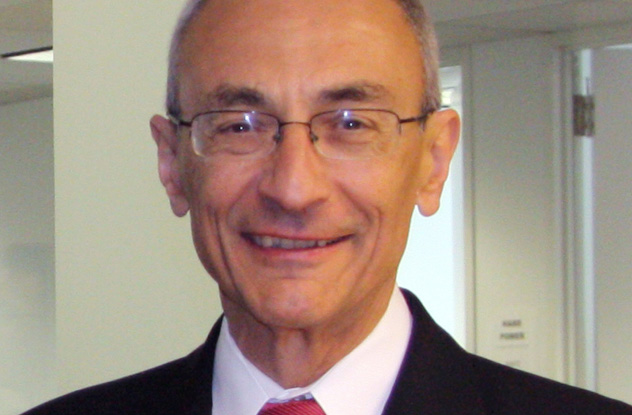 John Podesta was a member of the Obama and Clinton administrations and is now a member of Hillary Clinton’s campaign team. He has been working toward uncovering the truth about UFOs and aliens for years. He has only made a small amount of headway, but he has made some progress in getting certain files declassified.

Still, he believes there is a lot more to find and excited UFO enthusiasts when he claimed that neglecting to release UFO files was his biggest failing during his stint in the Obama administration. And yet, he is not deterred. He has made Clinton promise to get to the bottom of the issue if she becomes president—if there is anything shocking to show the public, it may be Podesta who makes it happen. 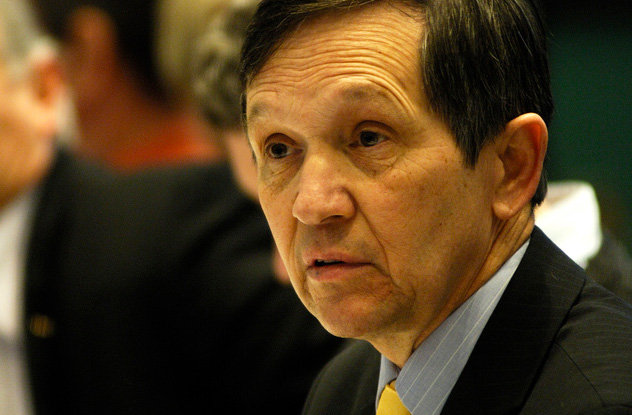 Congressman Dennis Kucinich is known for being very outspoken and quite different from his colleagues. He is considered extremely liberal on some things but also more libertarian-leaning on others—some people have called him a liberal version of Ron Paul. He is also considered somewhat loony by many people because he holds to a belief that he was mentally contacted by aliens.

He is from Ohio, and during the time of his experience, he lived near an Air Force base. He saw a strange UFO, and as it flew over, he claims to have felt a mental connection. Others would later say that Kucinich felt what he wanted to feel, and that the UFO was likely an experimental craft from the nearby base. UFO enthusiasts would claim that UFOs like to buzz military bases and would probably take Kucinich at his word.

8Kennedy Died Because He Planned To Tell The Public 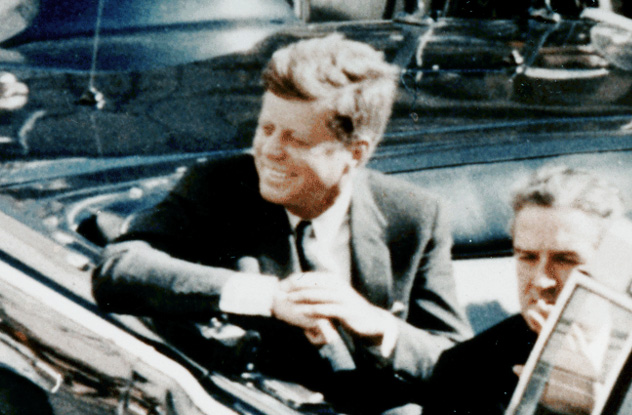 Many people are convinced that John F. Kennedy wasn’t simply killed by a lone communist sympathizer, and many are also convinced it was done by agents within the government. While some people imagine it was done because he wished to break up banks or something similar, alien theorists have a different idea.

The theorists claim Kennedy demanded information on aliens and Area 51, expressing a desire just a few days before he died to work together more with Russians on the space program. They call this evidence that Kennedy was going to gain information to spill to the public, and the CIA killed him because they could not risk the knowledge contained in Area 51 being divulged.

Unfortunately for the theorists, the supposed letters Kennedy sent were almost certainly a forgery. 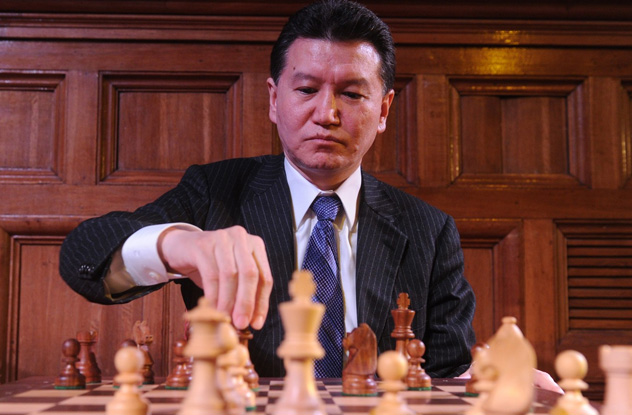 Kirsan Ilyumzhinov is the former president of the Russian Republic of Kalmykia and the current president of the World Chess Organization. He is a rather strange figure who openly claims that he was abducted by aliens, and they were very similar to people. Like Dennis Kucinich, he claims that the being connected with him mentally while he was aboard their craft.

One Russian official suggested that claiming he was abducted by aliens may make him unfit to govern. However, as if suggesting it were a real possibility, the official concluded on an equally important issue: Aliens may have been able to take state secrets from him during an abduction, and a meeting with aliens would be historic were it to happen. He felt Ilyumzhinov should have reported it all directly to the Kremlin. 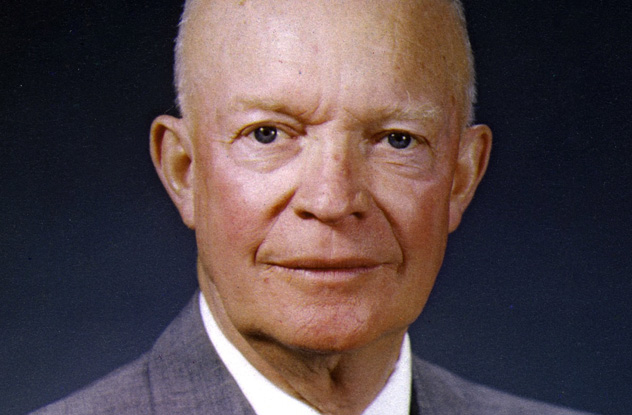 One of the most popular theories about the allegedly alien-obsessed Eisenhower claims that Eisenhower either secretly met with aliens or telepathically connected with them. He used these connections to set up alliances, knowing full well all of the government’s alien research programs—he was even involved in some of them.

The other conspiracy claims that alien secrets were being kept from Eisenhower, so he threatened to invade Area 51. Knowing they couldn’t stand up to the current president and war hero, they backed down and allowed his experts to tour the facility, where they saw alien spacecraft and the remains of the one that crashed at Roswell. If this were true, one could speculate a deeper warning behind his speech about the military industrial complex. 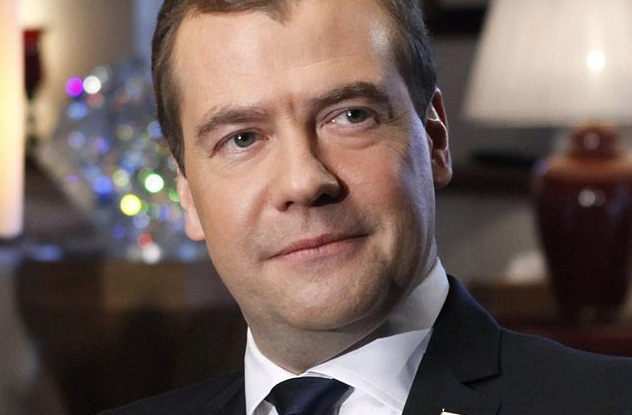 A few years back, Russian Prime Minister Medvedev proved that the Western media doesn’t understand Slavic humor very well. He said in an interview that he received secret folders with information on aliens. He claimed that they live among us, knowing what they looked like would cause panic, and he can control them at any time.

While there could be a possibility of alien coverups, it is clear that if the Russian prime minister did know anything, he was just messing with people. Claiming that he could control them at any time brought the entire thing into a realm of complete fancy—and it was already strange to being with. 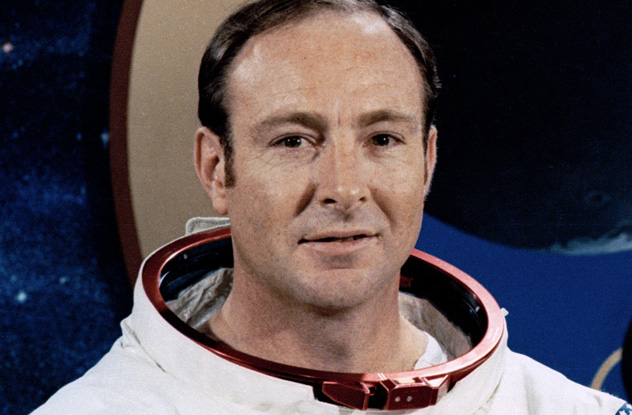 Edgar Mitchell is a former Astronaut who has become obsessed with UFOs and regularly attends conventions. He doesn’t claim to have ever seen aliens in person, but he is certain they exist and originally became an astronaut because of his obsession.

He hailed from the town of Roswell, New Mexico, and was affected by the buzz surrounding the crash. He claims the citizens of the town were told by the government to let it go, and when he tried with his clout as an astronaut to get some information on the issue, he didn’t get far. Supposedly, he managed to get confirmation that an alien spacecraft had crashed in Roswell, and then further inquiries were shut down.

A former Air Force Captain named Robert Salas who worked on ICBMs in Montana claims some very strange experiences. He alleges that UFOs were common and would mess up their nukes so the Air Force had to go back and reactivate them manually. On one occasion, all of their missiles were jammed for several minutes. Some other missile bases around the world have reported similar things.

He also claims his men once nearly approached a strange triangular craft and once saw a UFO that looked like it was spewing some kind of molten metal. According to Captain Salas, his superiors didn’t dismiss or mock his story but instead either told him it was top secret or that it “didn’t happen.” 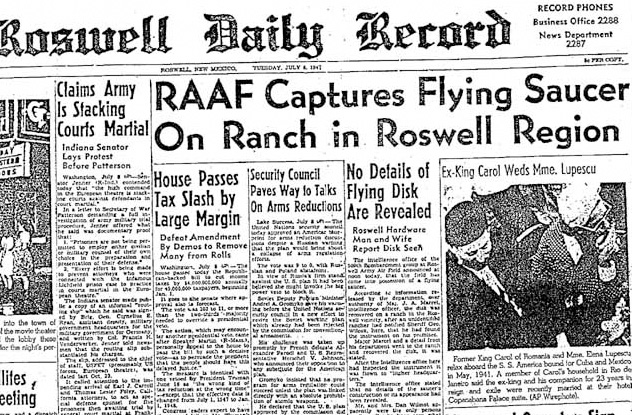 Roswell is the original major UFO incident in the United States—not the first one ever but the first one to get major coverage and wedge itself firmly into the public’s imagination. To this day, the issue has not been put to rest in many people’s minds. The newspaper the next morning claimed that a flying metal disc had crashed, only to quickly publish a retraction at the request of the Air Force.

The Air Force produced wreckage that could have been from a weather balloon, and that became the official story. However, the damage was already done. Even if Roswell was just a government experiment of some kind, the original headline and the Air Force’s clumsy attempts to hide things means that many theorists will never be convinced it was anything but aliens. 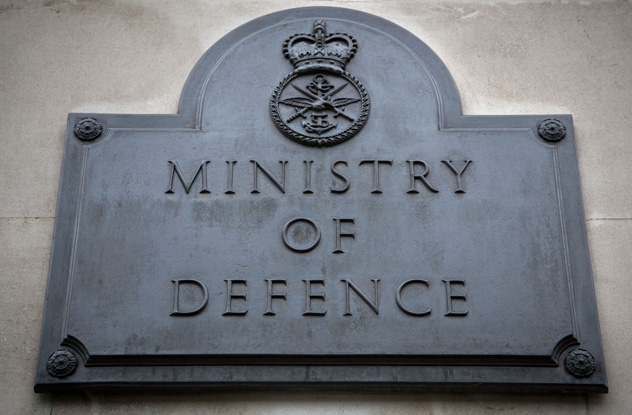 ‘
A couple years back, the Ministry of Defense of Great Britain finally released the files they had on UFOs, and people viewed them with a collective shrug. After all of the fighting to keep them secret, there really hadn’t been anything to find. The files show that after 50 years of monitoring and searching, the government had failed to garner anything useful whatsoever.

Some theorists will claim that the real files were obviously not released and suggest that the government wouldn’t have tried so hard to hide them if they were so banal. However, there is a less sinister reason they were kept hidden—national embarrassment. The government even had a UFO hotline until a few years back. The documents show it was shut down because it was producing no results and wasting a colossal amount of money. The likely truth in this case is the government didn’t want their citizens to know just how much money they had wasted.