In 1920, postmenopausal women with chips on their shoulders took to the streets to rejoice in the passing of the Prohibition amendment. Those who opposed the constitutional ban went underground, seeking a respite in speakeasies that provided bootlegged alcohol, gambling, pretty ladies, and the popular tunes of jazz music. The following list takes us back in time, detailing how speakeasies operated and transformed a nation.

During the Prohibition era, speakeasies ushered in the age of jazz music. In the “Great Migration,” black musicians from the South moved north to cities such as Chicago where they were amply employed by gangsters who owned and operated speakeasies.

This new entertainment, which gangsters marketed as “fun and exciting,” attracted more clientele, thus allowing some whites to hear jazz for the first time. Jazz immediately became a sensation throughout the Midwest and East Coast, transforming cities such as Chicago and New York into a bustling center of black entertainment. 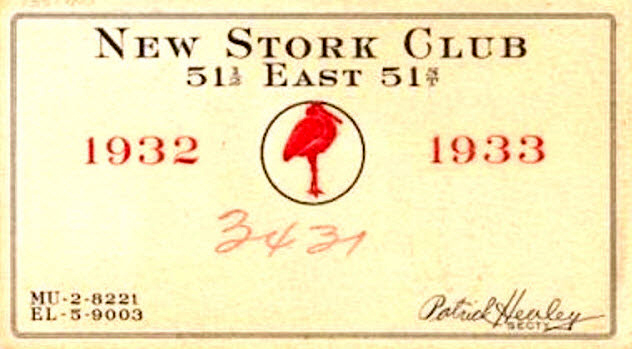 Given the illicit activity that occurred in speakeasies, it was understandable that not everyone was allowed admittance. To gain entry, a patron needed to know a secret password, handshake, or knock. More often than not, word of mouth was the catalyst that brought business to the speakeasies. Most establishments had a bouncer at the door who allowed admittance based on personal recognition and a person’s acquaintances.

However, as the industry and popularity of speakeasies grew, so did law enforcement’s watchful eye and need to crack down. It became necessary to be extra cautious, so establishments began distributing a “speakeasy card” which served as a certificate of membership and admission. This new form of portable identification was the golden ticket to illegally indulge in one’s guilty pleasures in the confines of a police-free, secure environment.

8 The Boom Of Speakeasies 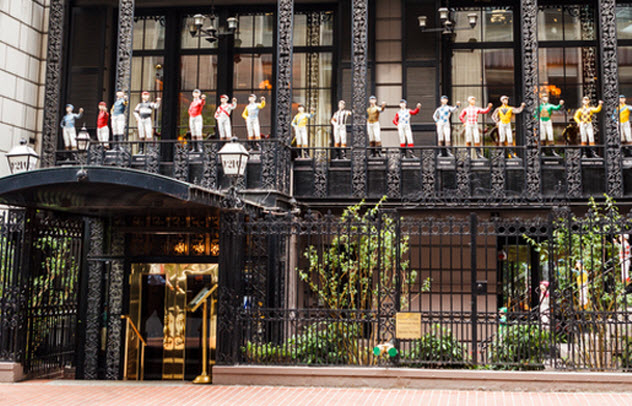 The intention of Prohibition was to make America dry, but it didn’t take into account people’s free will and the neighboring nations that remained wet. The law backfired in proportions unimaginable to those who enforced and preached for the sobriety of a nation. Following the amendment, New Jersey claimed that there were 10 times as many watering holes as before. In fact, it was thought that New York had as many as 100,000 speakeasies, twice the number prior to Prohibition.

Supposedly, for every bar that closed down, another three opened in its place. Without the need to adhere to previous standards imposed on bar owners, such as trading and licensing agreements, men flocked to their basements, garages, and storerooms to open their own bars and cash in. The police force was powerless, so much so that there were four recorded speakeasies on the same street as the Boston Police Department. 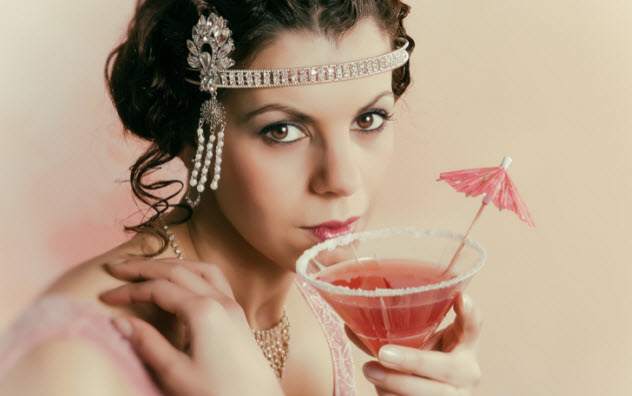 Prior to Prohibition, America was known for its exceptional cocktails. In fact, European bartenders traveled to the United States to learn and perfect the art of American “mixology.” When Prohibition took effect, the most well-trained bartenders were forced to either leave the US to tend bars in Europe or find another trade. As a result, the US was left with amateur bathtub gin and moonshine.

The new liquor was much stronger than anything that could have been purchased before Prohibition. In fact, moonshine was often used to fuel the vehicles that transported the illegal liquor to speakeasies. Although drinkable, the liquor was so harsh that it was unbearable at times. To dilute the flavor, the martini and mixed drink culture that we relate with the Roaring Twenties era was born. 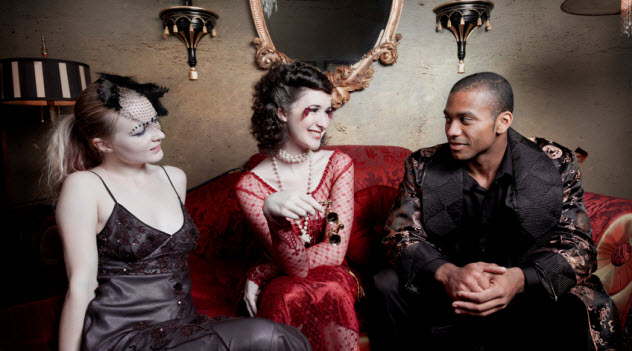 Gangster-run speakeasies also provided a bridge for different social classes and races to intermingle socially, often for the first time. As jazz and blues took over the nightlife scene, particularly in Harlem, whites were drawn to speakeasies where interracial couples would share a drink, laugh, and even dance. This was known as the Harlem Renaissance, and although it did little to break down the racial barriers of Jim Crow, it created an atmosphere of unity and solidarity.

Not surprisingly, such interaction between races caused controversy among those who protested interracial relations. At this point in history, such matters were taboo. With the birth of jazz and speakeasies, interracial sexual relations ultimately became a topic of contention that caused further opposition to Harlem nightlife. 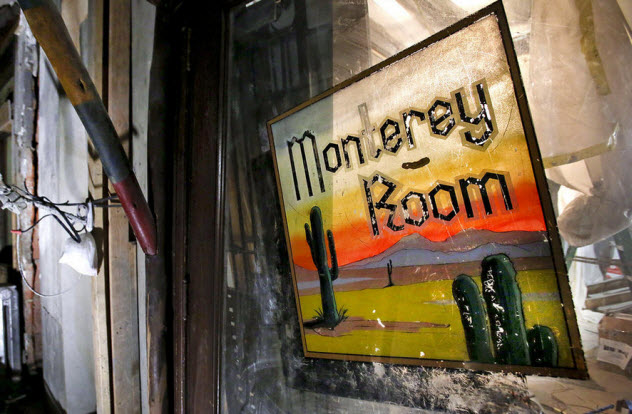 If you ask around, some believe that the spirits of countless patrons from the 1920s remain in speakeasies that stand today. Home to the famous Monterey Room speakeasy, the Rosslyn Hotel in downtown Los Angeles continues to attract tourists hoping to catch a glimpse of the infamous 1920’s saloon.

Rosslyn employees claim to have witnessed tall shadows, the sounds of people coming down an empty staircase, and voices echoing through the halls. According to security guard Joyce Hunt, who claims to have seen paranormal activity, numerous guards have quit following their run-ins with those from the afterlife.

Another Prohibition speakeasy was the Landmark Tavern in New York where the ghost of Hollywood tough guy and speakeasy favorite George Raft supposedly haunts the bar, along with the ghost of a man killed in a stabbing there. Meanwhile, the spirit of an Irish immigrant girl wanders the third floor where she died. 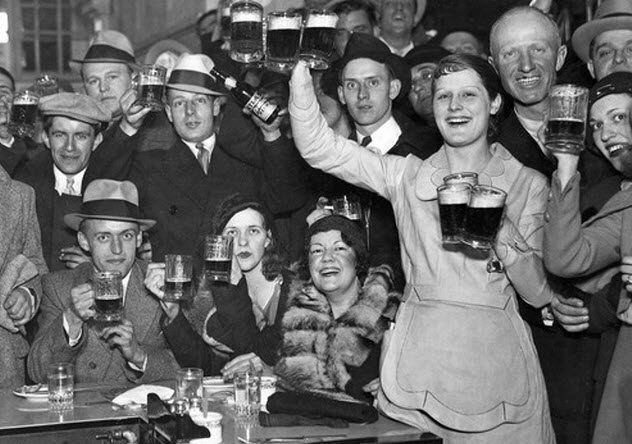 During Prohibition, speakeasies inspired new forms of sociability between men and women. Prior to this, bars had seldom welcomed women because they were expected to stay home. But the new world of nightclubs and jazz paved the way for bob-haired “flapper” women who felt a new sense of independence and liberation. Although taboo, women enjoyed the nightlife in underground speakeasies where it was socially acceptable for them to smoke, drink cocktails, and dance to the thrilling sounds of jazz.

Men enjoyed the company of these pretty ladies, which bar operators used to attract more clientele. Above the door of a Manhattan speakeasy was a sign stating, “Through these portals, the most beautiful women in the world pass.” During this time, the term “powder room” arose for the ladies’ toilets. 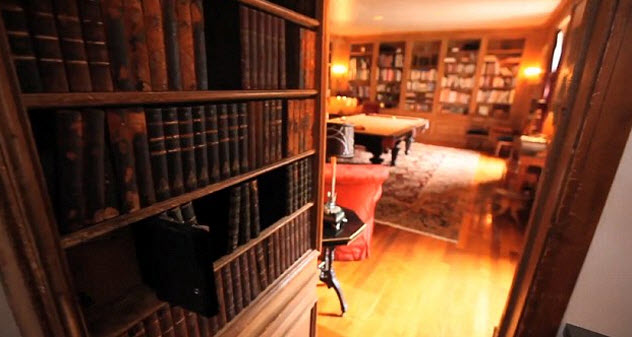 Speakeasy operators were always on the lookout for law enforcement, wondering when the next raid would be. As a result, many elaborate contraptions were built to disguise the bars—from large velvet booths with heavy curtains that led to secret rooms to teacups filled with cocktails. The Green Mill in Chicago, one of Al Capone’s favorite hangouts, had a secret passageway under the bar to allow for a quick escape.

Perhaps the most extravagant contraptions were in one of America’s most famous speakeasies, 21 Club in New York. During Prohibition, 21 Club was frequently raided by police and federal tax officers. Thus, the bar was designed with a secret wine cellar that housed around 2,000 cases of alcohol as well as a disappearing revolving bar that hid the liquor from law enforcement. In addition, the club had invisible chutes and camouflaged doors. 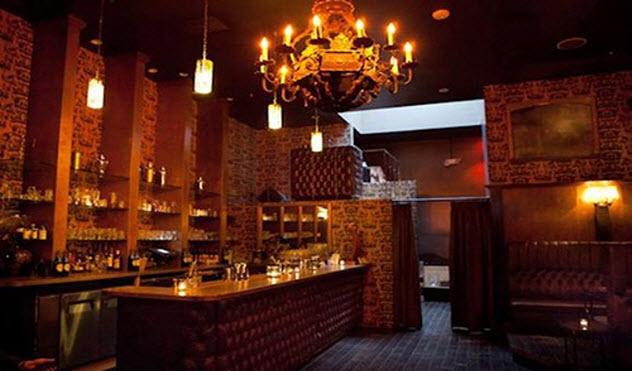 To recapture the glamour of the 1920s, numerous bars around the United States have designed their speakeasies to resemble those of the Prohibition era. In New York alone, countless bars provide the nostalgic experience with hidden rooms and passageways reminiscent of the 1920s.

However, to find a legitimate bar that was once a real speakeasy is more of a challenge. In New York, only two speakeasies that operated during Prohibition remain—The Back Room being one. In the 1920s, The Back Room hosted many movie stars as well as gangsters like Bugsy Siegel and Meyer Lansky.

Interestingly enough, those who desire to be a patron of a true speakeasy probably don’t have to look too far. In 2014, Philadelphia police raided two coffee shops operating as illegal speakeasies. The owners were arrested, and law enforcement seized the cafes’ liquor and cash. One year earlier, another Philadelphia speakeasy was raided after the owner forged the liquor license.

1 The Rise Of Al Capone 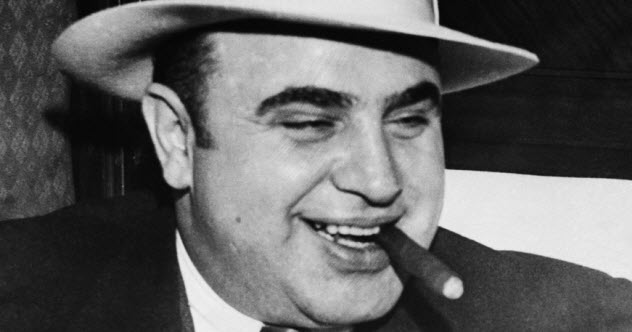 Realizing the enormous profits that could be made from providing liquor to speakeasies, gangsters began fighting over turf as the demand for alcohol increased. Johnny Torrio, a Chicago gangster who wanted to control the alcohol industry, called on Al Capone, his trusted colleague from New York, to help get rid of his competition.

Upon Capone’s arrival in Chicago in 1920, he was instructed to convince speakeasy operators to buy illegal alcohol from Torrio as well as intimidate his business rivals by any means possible to forfeit their territory to Torrio’s outfit. Following a failed assassination attempt in 1925, Torrio retired and handed the business to Capone.

This afforded Capone his power, and the speakeasy industry provided him the finances to be untouchable. Within two years, Capone was earning $60 million from alcohol sales alone, allowing him to bribe both the police and politicians.